If there’s anything that can bring a dose of certainty to a dark night in the Polish countryside, it’s that voice. “Flat left over jump, extra extra long keep middle 170,” it says as we speed by trees and hedgerows and fields and barns. I can’t see the world outside the glare of my headlights, but that voice knows everything. “Into six right, opens over crest,” it says. Gentle and precise, it’s entirely unflustered as we catch air at 140 km/h above a rutted Polish farm track, my heart ricocheting around my upper trachea.

Here’s to Phil Mills. He’s my Dirt Rally 2.0 co-driver, my companion through victory and defeat, my rock during a hundred terrible crashes, and my videogame dad, if he’ll have me.

While track racing is an exercise in memorisation, of turn-ins, braking points and apexes, rallying is an exercise in concentration. You probably won’t know the track, even if you’ve raced on it before. Is that a narrow bridge? A suggestion of a hairpin? Is that where I flipped the car last time? 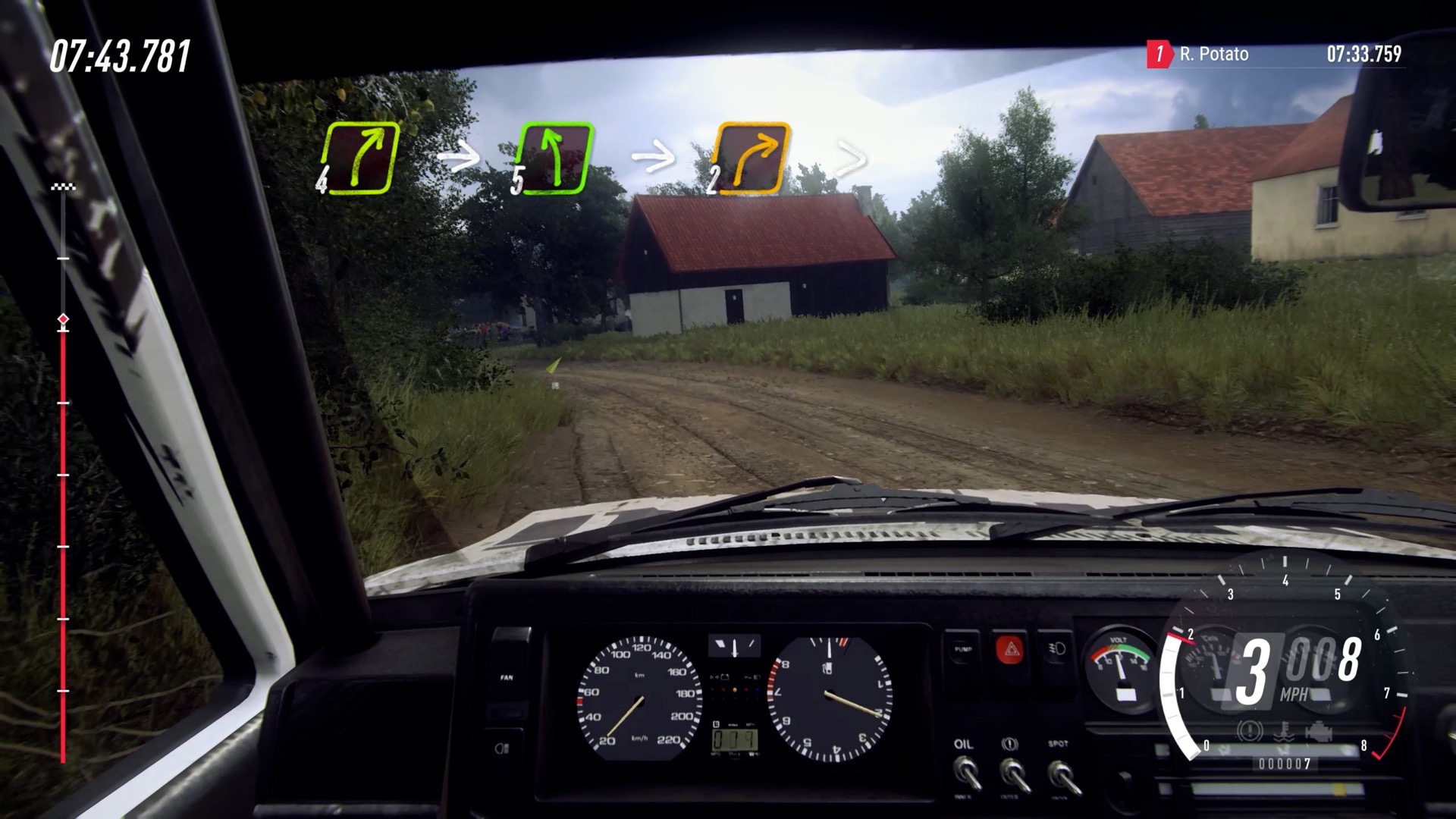 But Phil Mills is with me, with his notebook list of track turns and features. Rallying is about listening to Phil with one half of your brain and watching the track with the other, and then tallying “slow six left over crest, 30, turn one left don’t cut“ with what I can see ahead.

And then, oh no, did he say left five or a left three? Or was it a right? I could glance at the symbols on the screen, but that would mean tearing my attention from the track. I’m sorry, Phil, for not listening when you said not to cut that corner. And when you told me about that sharp left and we launched off its opposing bank, ended up in a field and then got a minute penalty because I couldn’t find the track again. 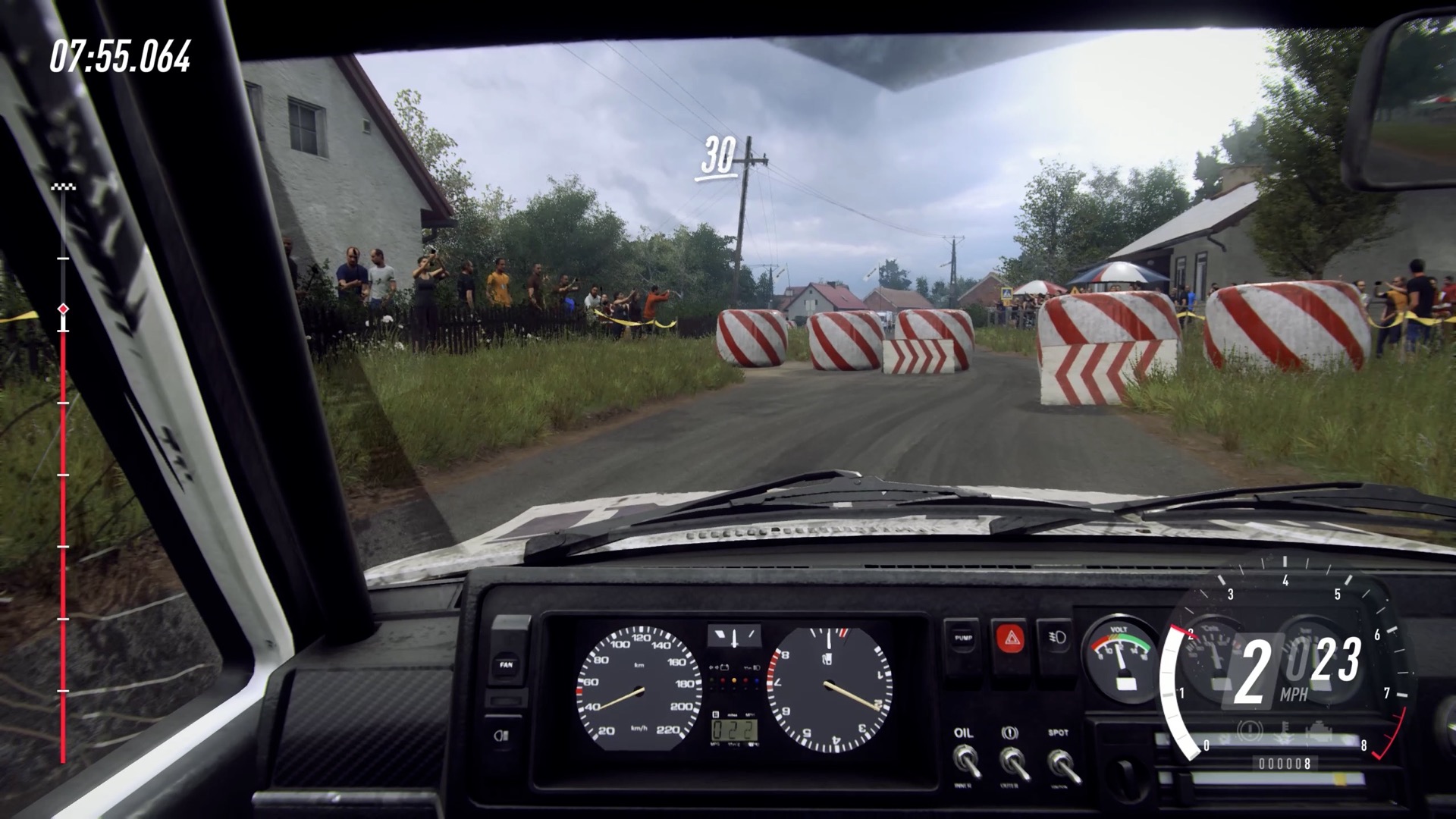 Rallying is about living with mistakes, like the post I smashed into during stage two which fucked my car’s bodywork but, worse, also fucked its steering, and I didn’t have enough time to fix it before starting stage three because my gearbox was even more fucked as a result of all the other times I didn’t listen to Phil.

Rallying is about the dread as late afternoon in stage one turns to dusk in stage two, and I know I smashed my headlights when I crashed into a huge hay bale Phil told me about, and yes, now I can’t see anything. But Phil’s still with me. 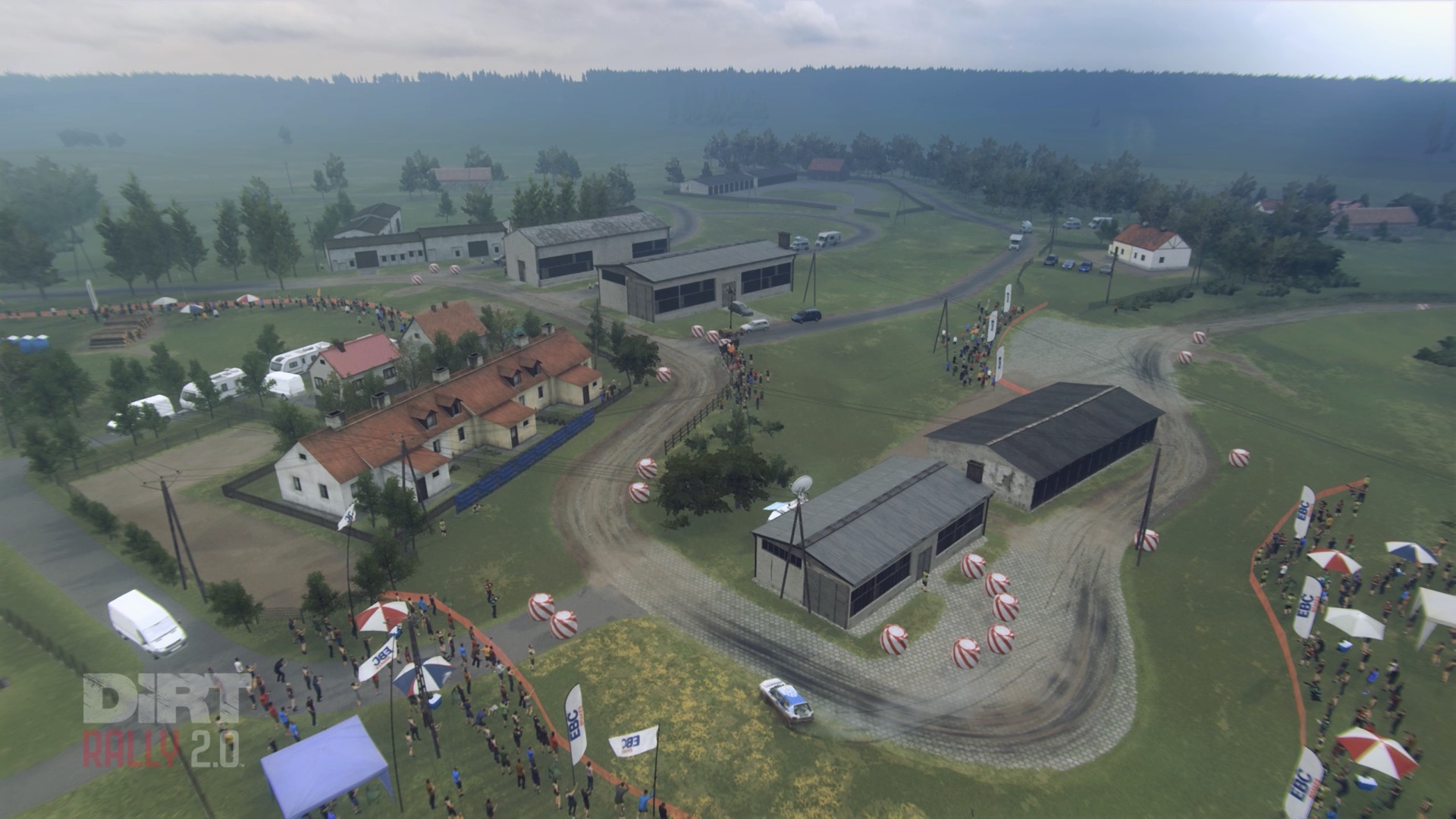 He’s there, too, in the elation as I half-steer, half-skid the car through a series of successive bends at top speed, engine-fucking rocks to the left, suspension-fucking steep bank to the right, and come out miraculously unscathed. I know he’s also there in the moments of the sublime as we negotiate twisting hairpins in a wood and then drive out into sunlight and a view over hills that just go on forever.

Not that his voice betrays a bit of the emotion. Ah, Phil, would you co-drive my life?