If you click on a link and make a purchase we may receive a small commission. Read our editorial policy.
Premature Evaluation is the weekly column in which we explore the wilds of early access. This week, Fraser’s sneaking through the machine apocalypse with his trusty (and seemingly magical) torch in robo-romp, The Light Keeps Us Safe.

The Light Keeps Us Safe works terrible magic with its cacophony of disquieting machine noises. Each new killer robot emits yet another nails-on-chalkboard screech that will bounce around in your head long after you’ve fled from their clutches. They’re the sounds of factories and dial-up internet and error messages warped and twisted and remixed inside metal demons. Normally they’re just grating, but here, in moonlit swamps and forests where there isn’t another soul, they start to become malevolent.

When I left the safety of my bunker for the first time, venturing out into the perpetual darkness, the robotic din was indecipherable. The noises cut through the night, angry and insistent, but I had no idea what they meant or what they belonged to. After being chased by floating orbs, spied on by sentient turrets and blown up by phasing mines, I’m now a wee bit more familiar with them. I don’t even have to turn around anymore when one of those spherical bastards sneaks up on me - I just run, knowing exactly what I’ll see if I look behind me. 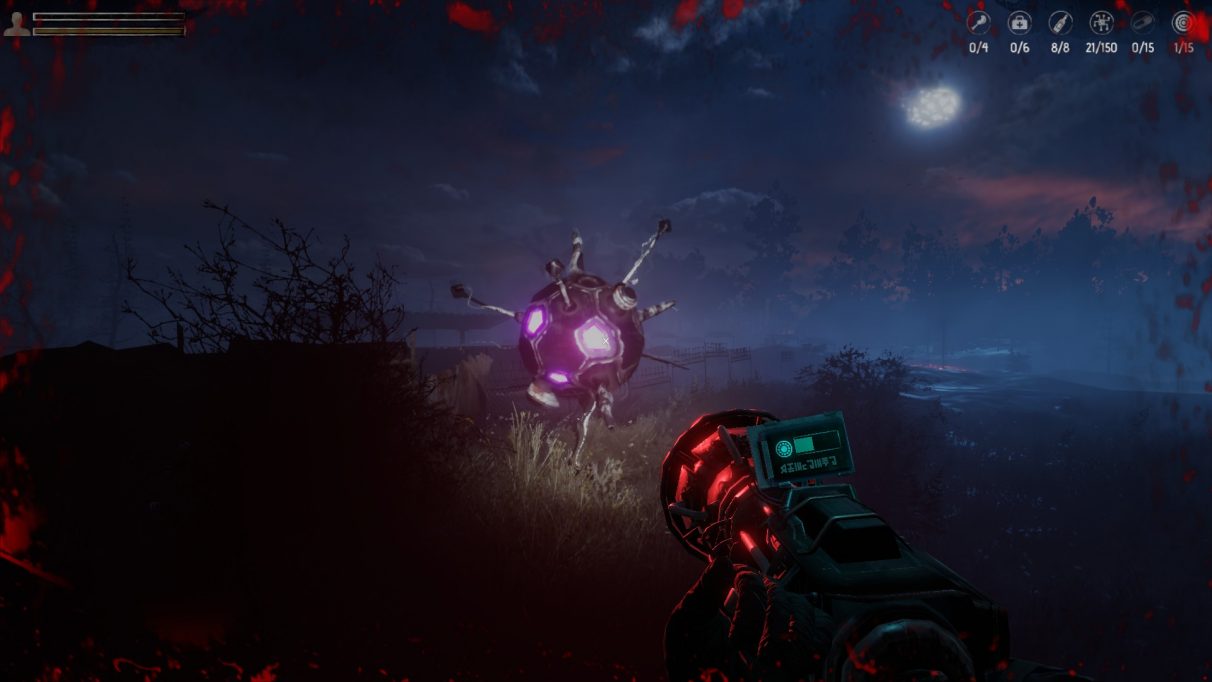 My fancy torch MacGuffin can freeze them in place, and it’s got plenty of other tricks, but ultimately the confrontation will end in a sprint no matter what. The Light Keeps Us Safe won’t let you live out your fantasies of dismantling evil machines, so you’ll need to get used to bravely running away and hiding, counterintuitively, in the light. The torch is a problem-solving tool, not a weapon, and upgrading it is the main impetus for putting yourself in danger.

Dotted around the procedurally-generated maps are machine parts that can be used to unlock new modes for the torch, in turn opening up new areas. So off you go, deeper into machine territory, searching for the scrap that will let you access more maps and even more junk. There are motes of light, too, which can be gathered up and fed into a mystery machine that, along with a mystery voice and a spot of environmental storytelling, offers up a flicker of a narrative. 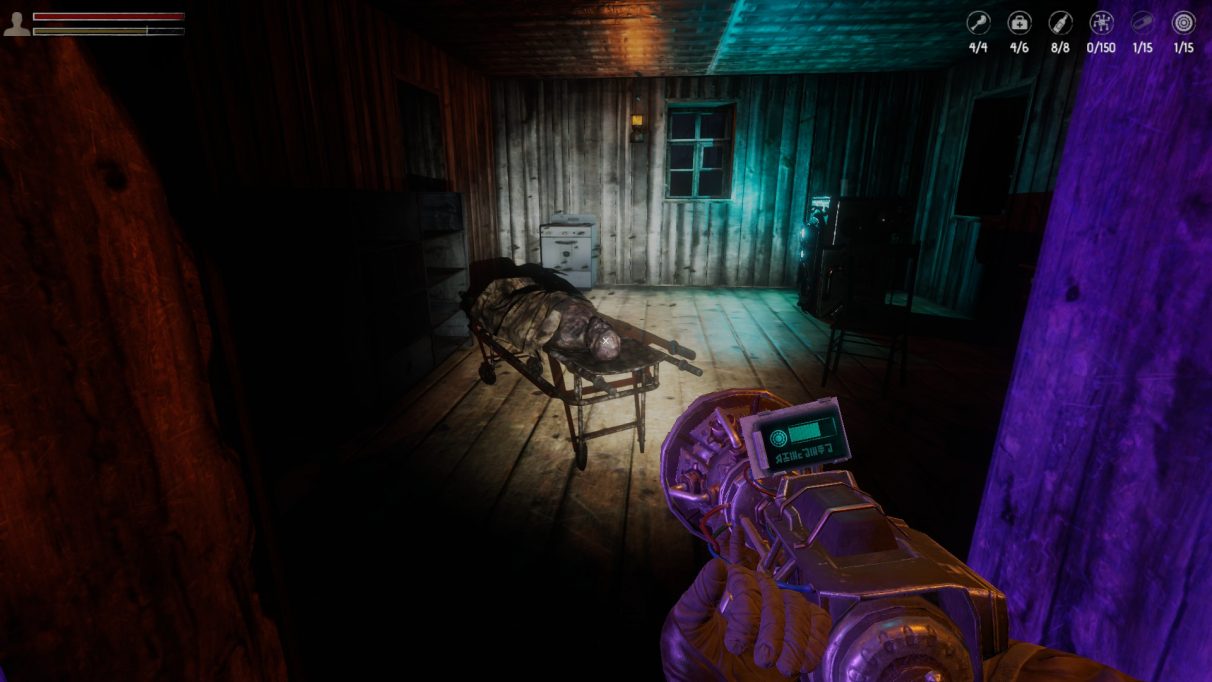 The absence of crafting leaves The Light Keeps Us Safe a bit slighter than many of its fellow survival romps, or perhaps it’s just leaner. Upgrading the torch is the closest the game gets to a crafting system, but I can’t say I miss the busywork. You need to eat to maintain your stamina, rummage around in bins for medical kits and find more bottles so you can fling them and distract the machines, so there’s still some light gathering, but the focus is absolutely on sneaking into buildings and nicking a bunch of parts.

It’s a relief to know where you have to go and not need to worry about crafting spears and waterskins and backpacks just to get to the other side of the map. All the time you’d normally spend filling your inventory with branches and iron is instead spent outsmarting machines and doing a spot of light breaking and entering. It’s a shame that they make it so easy. Yes, they’re very menacing, and yes, they are quite deadly, but they could be outsmarted by a Roomba. 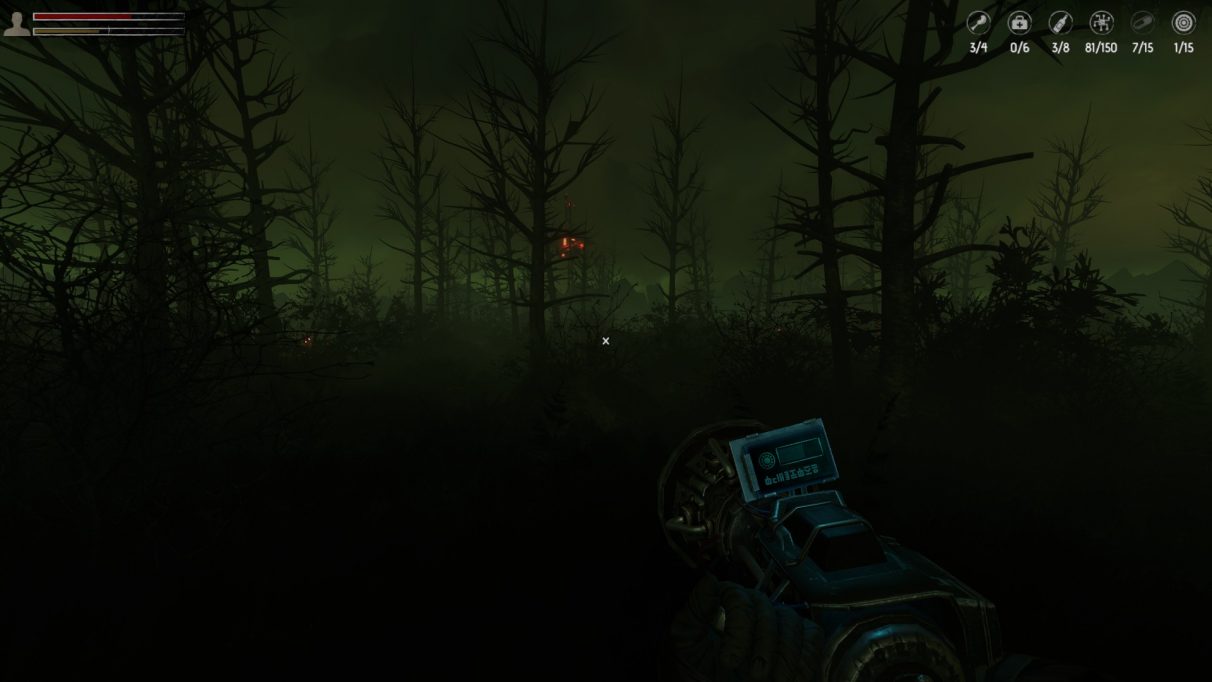 Take our pal, Mr. Orb. You need to be standing right in front of their very obvious and very ominous red scanner for them to notice you, and even then you can just run away and hide for maybe 30 seconds. By then, the machine will have realised that there’s more to life than chasing down the last human and floated back home. And that’s one of the most dogged machines. Most of them can’t chase you at all. They rely on being terrifying.

The Light Keeps Us Safe works very hard to make you afraid of the machines, and to make you feel like you need to sneak everywhere. It’s great PR for evil robots, let me tell you. And it works. I spent a couple of minutes sandwiched between to storage containers smack bang in the middle of the machine base, and I couldn’t bring myself to come out because I could see that threatening red glow on the ground. I completely forgot I could just flash my torch and stun it, or toss a bottle behind it, forcing it to turn around. All I could think about what how I was trapped in this tiny, dark space and outside there was a chittering, grinding, murderous machine waiting for me. I was frozen. 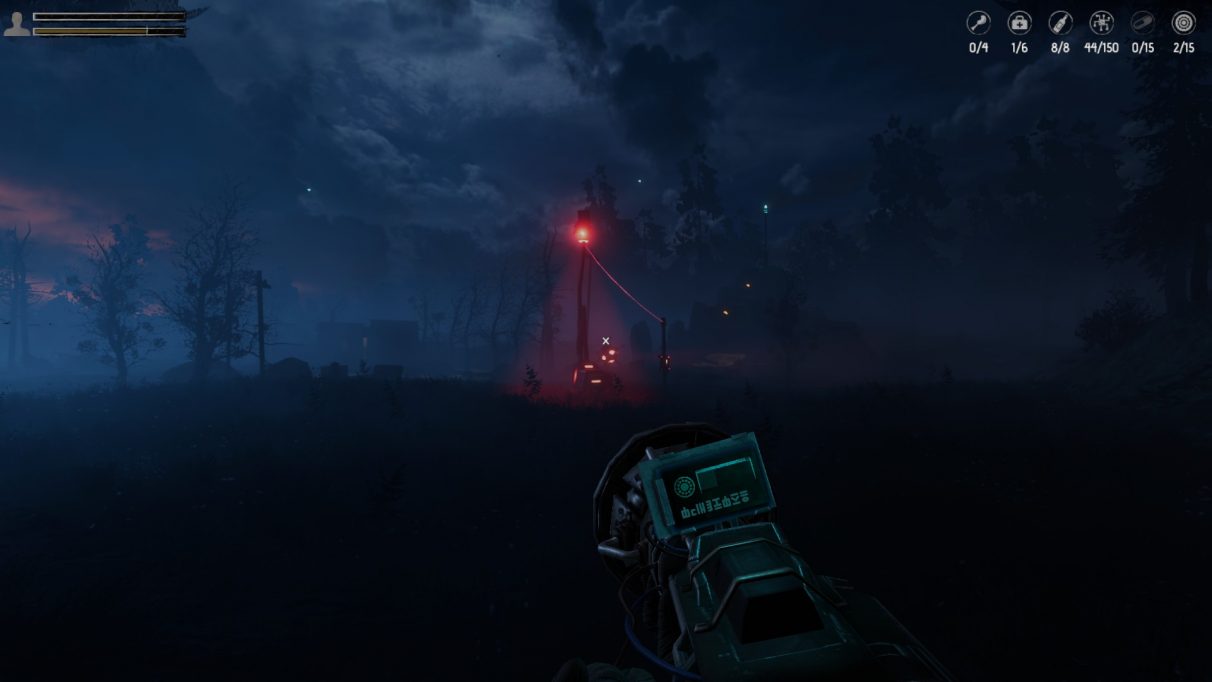 The second of the trio of areas currently available has more traps, more enemies and you start off with an additional torch mode, so the sneaky puzzles become more elaborate and diverse, but even there I’m not convinced by the procedural generation. It coughs up some striking industrial landmarks, but it’s mostly broad chunks of wilderness punctuated with the occasional building that you’ll see over and over again. These are not locations that are interesting to explore, for the most part; in fact, they’re often a nightmare to explore on account of all the things contained within buildings that you can get stuck on. Oh god, there are so many. Stairs, boxes, tables, doors, stairs again because screw stairs, and then when you get outside there’s probably a rock for you to get stuck on, as well. 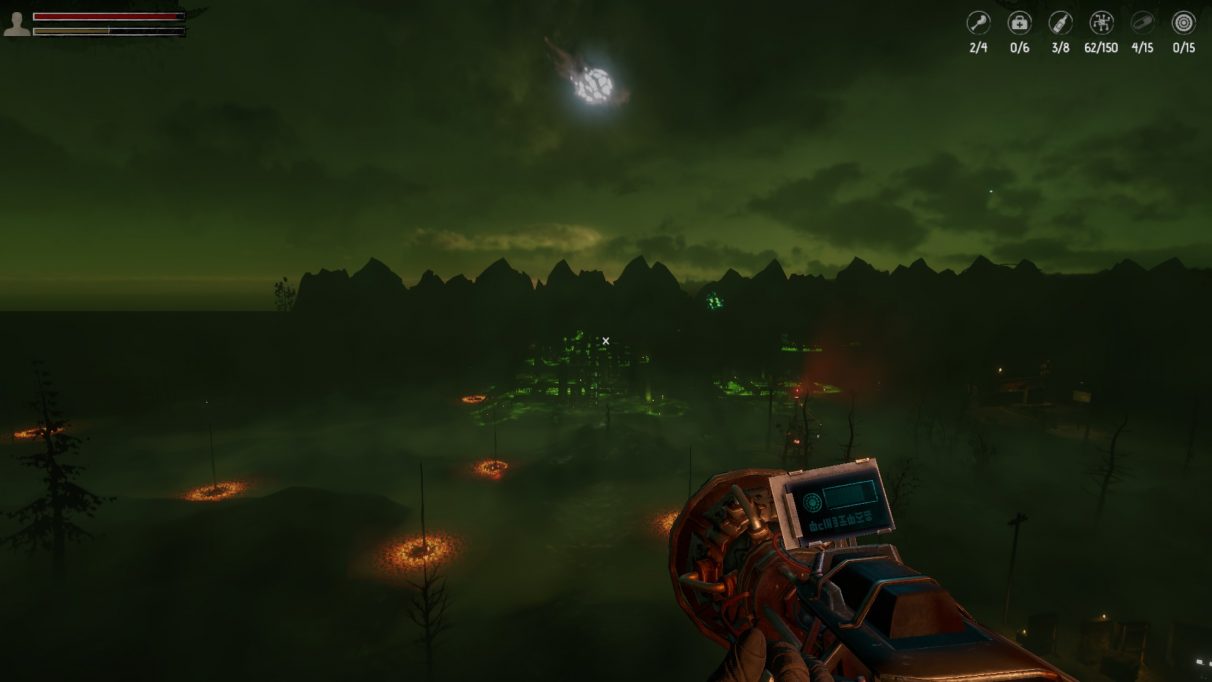 I’m only realising now quite how many things bugged me, but I also keep going back to those noises and how very small and very afraid I felt, stuck in the forest with no clue where to run. I love a good scare, and The Light Keeps Us Safe is more than happy to oblige. And the lighting! Even though the sun has burned out, it’s a world of contrasts, with jet-black forests, toxic green swamps, preternaturally bright moonbeams and deadly neon warnings. As the machines peer through the gloom, their scanners set the fog ablaze, creating vibrant clouds of colour, larger and angrier and they draw closer. The environmental lighting is a tool, just like the torch, indicating threats and opportunities. With there being only the briefest snippet of dialogue, light is the game's first language. That's one place where the procedural generation never fails: The Light Keeps Us Safe always looks stunning.