I get that if the last instalment in your long running game series came out a whole six(!) years ago, you need to remind new potential consumers that it exists. Especially if it runs on a games-as-a-service sort of a model. Enter, then, a new ad campaign? Branding? Thought experiment? for the Sims (and, more specifically, The Sims 4) called Play With Life.

I'm not going to get into the phrase Play With Life, because by itself that's a fairly brilliant bit of meaningless ad nonsense like the "No games, just sports" from What Women Want, or Lucky Strike's famous "It's toasted!" (which was a real thing and not just a scene in Mad Men). But the updated Sims website is a confusing mix of things. Like, I don't know who this is for.

Basically, EA have got five different celebrities from around the world to pretend they're well into the Sims, including Bilal Hassani, Joe Sugg, and Vanessa Hudgens (I do not for a moment believe that they're actually well into the Sims; I watched Joe Sugg on Would I Lie To You the other day and he didn't mention The Sims even once). I suppose the vibe is supposed to be that the Sims is so amazing and creative that even celebrities, already living better lives than us, can live even better ones in The Sims 4.

There's also a slide show of key moments in the Sims history (which is mostly packed with instances of the Sims becoming more inclusive but really just serves to highlight that e.g. it took them until 2018 to put a canonically gay couple in the game), links to download Sim versions of the aforementioned celebrities, and a "meme generator". We will come back to the meme generator. 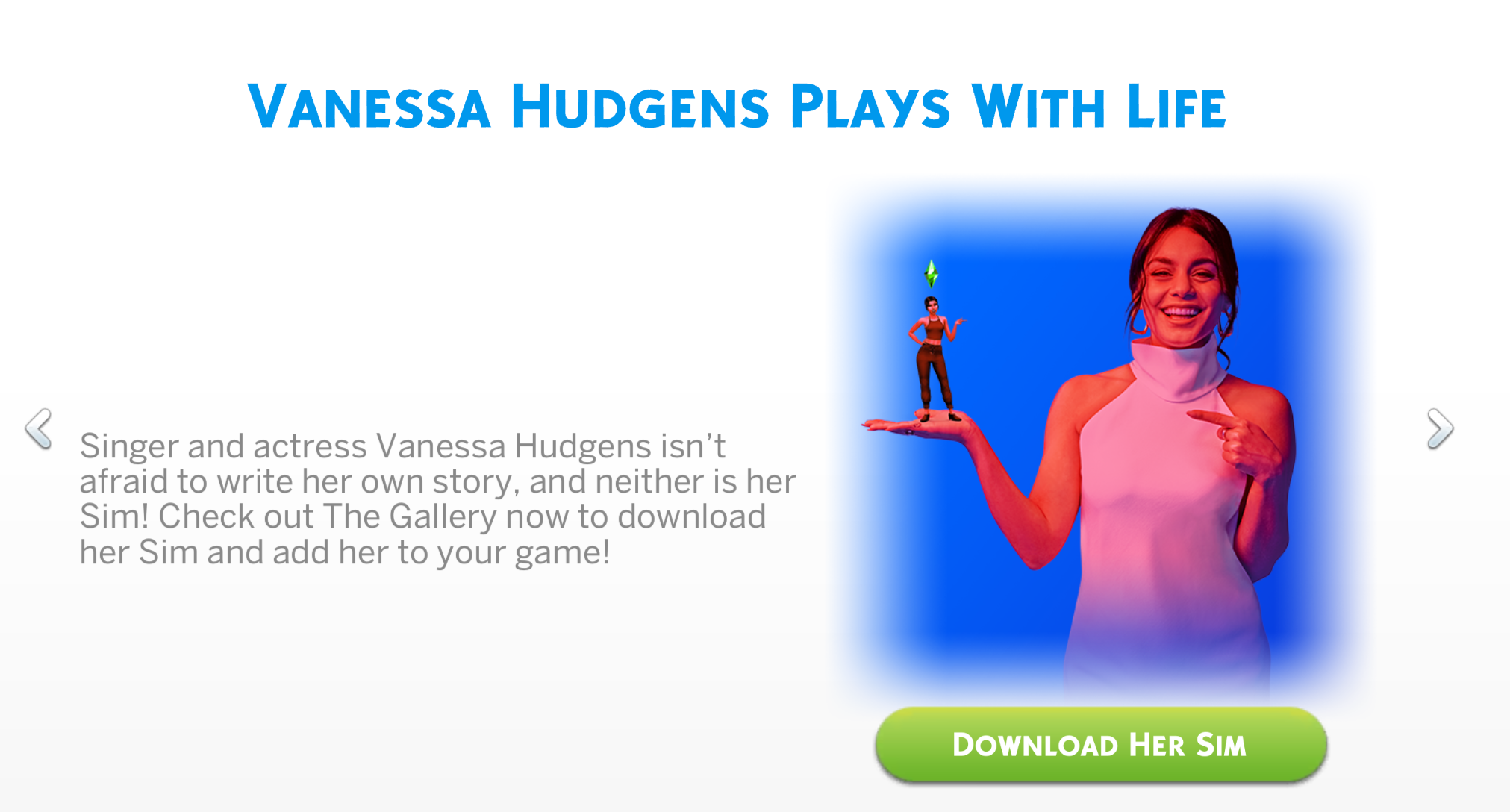 There are just so many baffling decisions that I can't leave this one alone, I'm afraid. The celebs have been filmed dressed in white, lit in red, and are against a bright blue background, so the overall effect is one of the staircase leading down into a shitty basement club in Hackney that costs £15 on the door. It's Cheesy Tuesday. They're playing Cascada.

Meanwhile, although everyone else's Sim design is pretty alright, the Sim version of Joe Sugg looks so little like Joe Sugg that it seems a bit like a sarcastic dig at Joe Sugg. 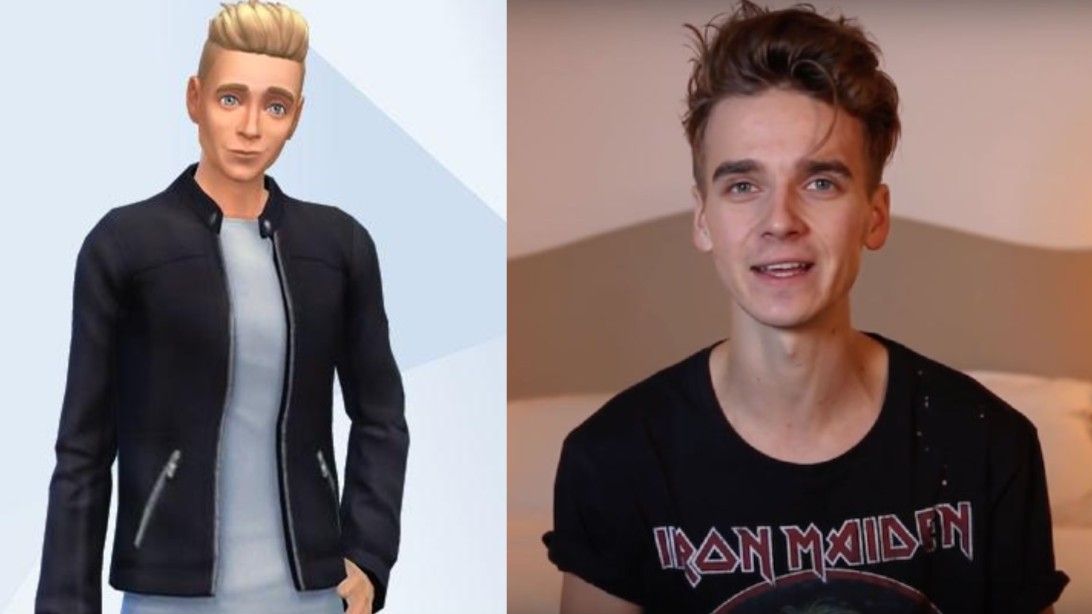 The meme generator is uniquely cursed (as the kids would say!). They've had the wherewithal to realise they shouldn't make it too easy for people to write whatever they want over pictures of Sims (read: racial slurs) or upload their own images to get a big The Sims logo stamped on the corner. Instead, the meme generator lets you choose from a preset range of pictures provided by EA, and a preset range of slogans provided by EA. I had fun with it. 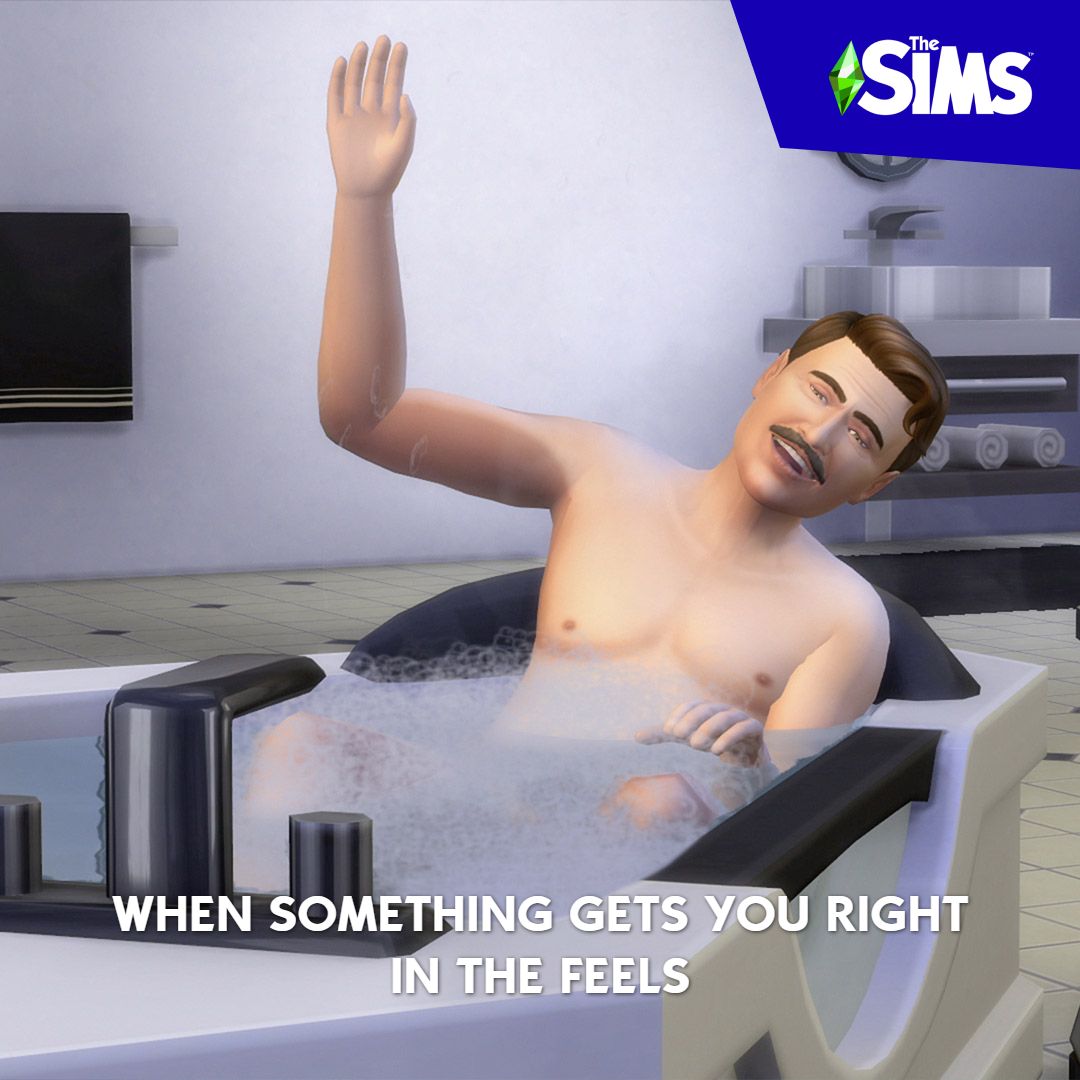 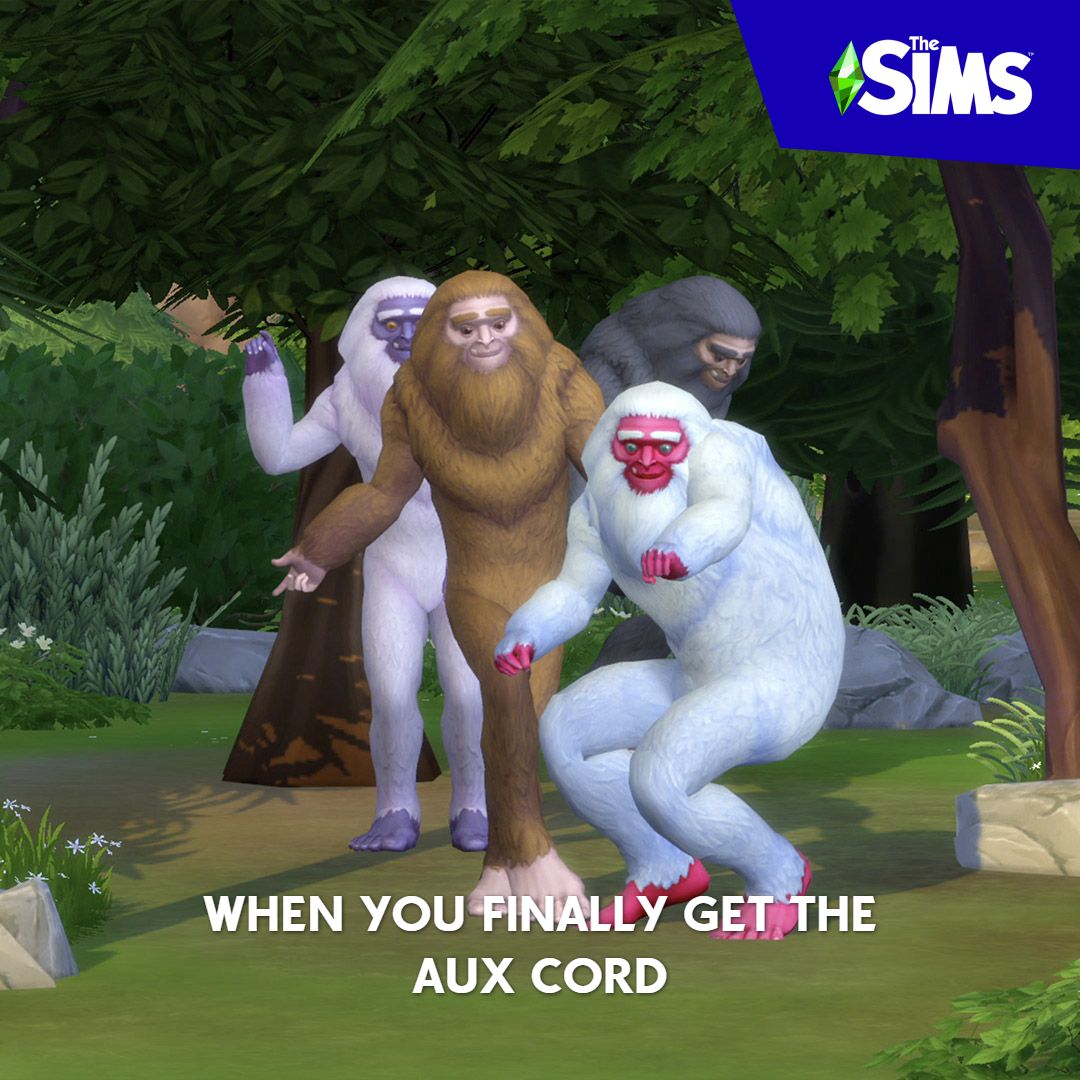 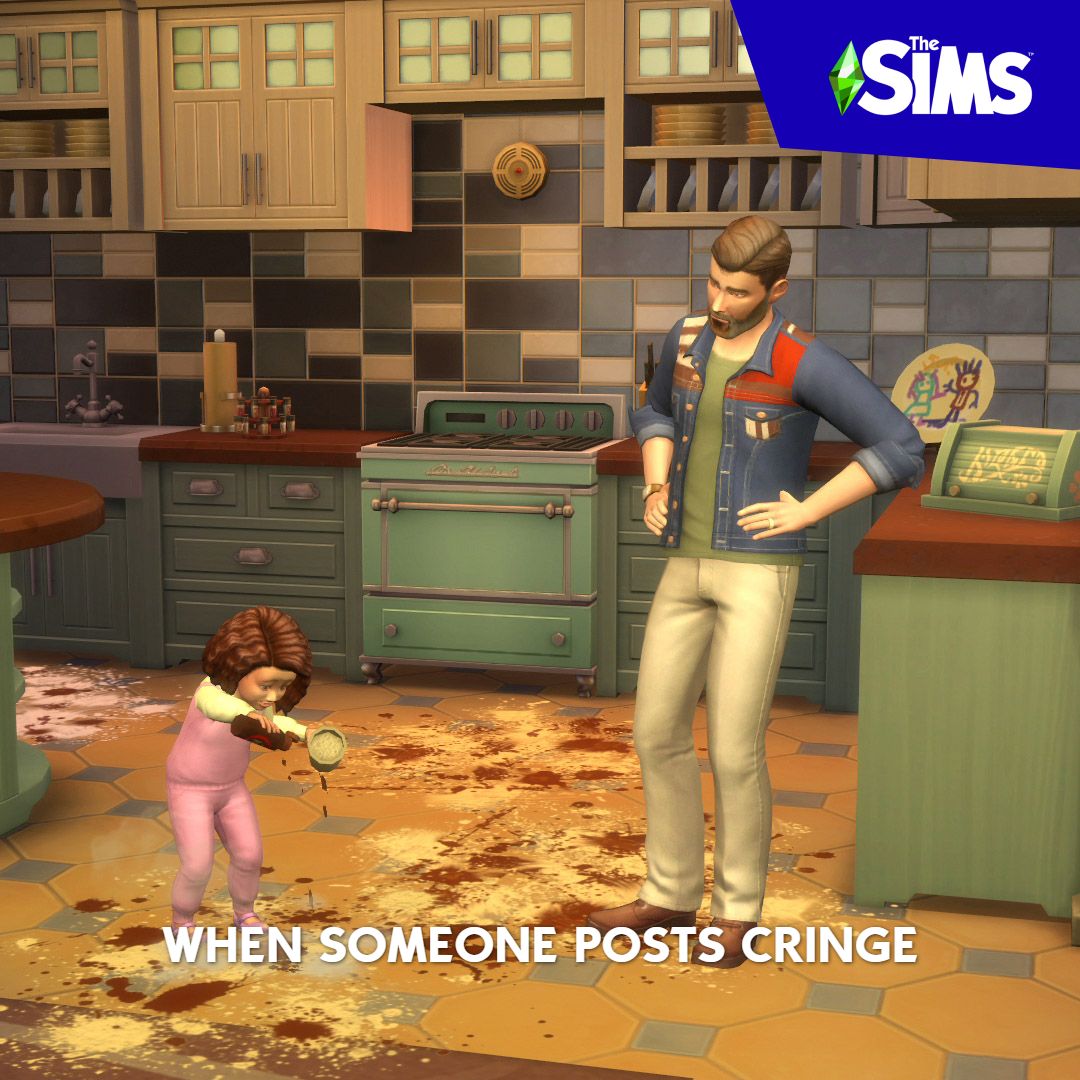 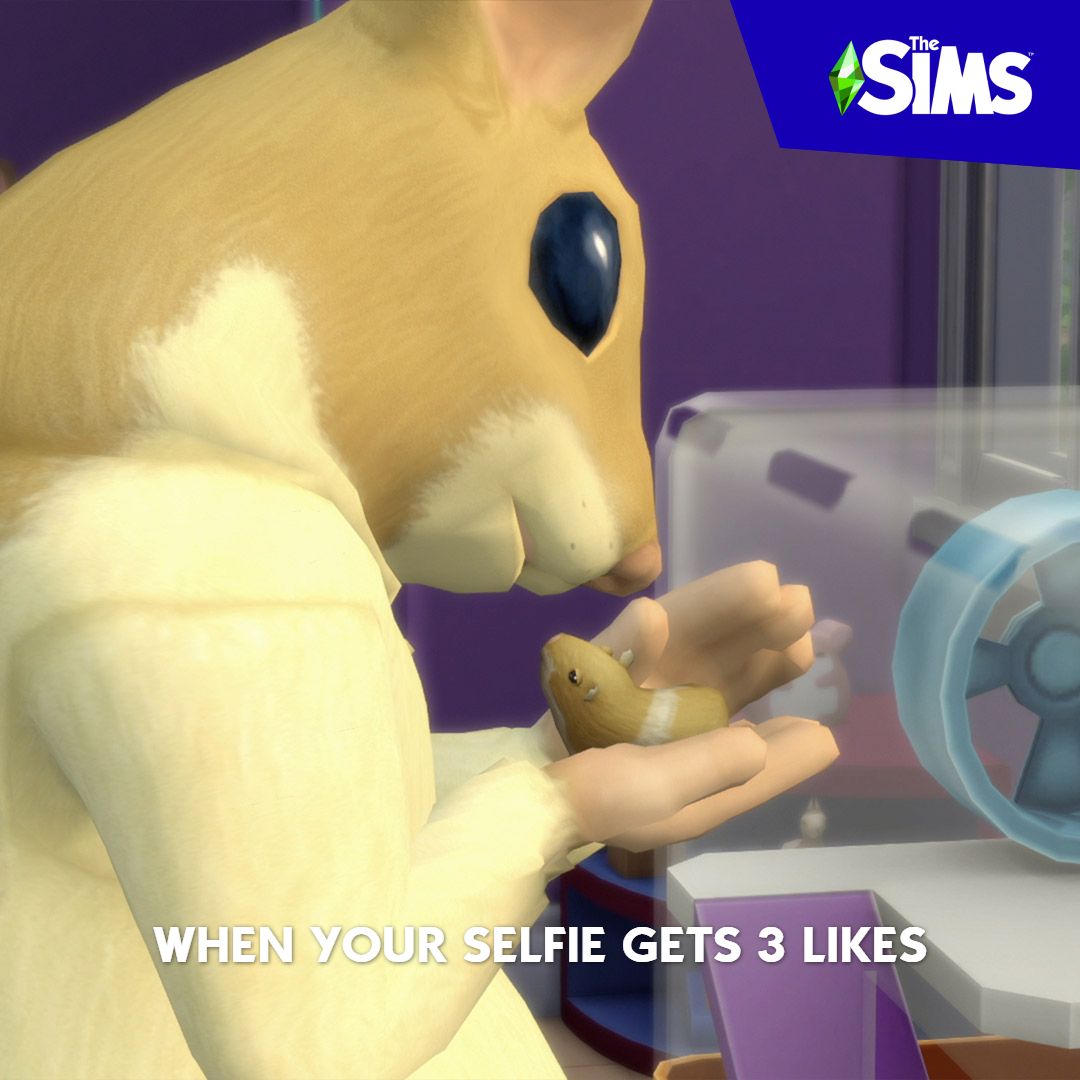 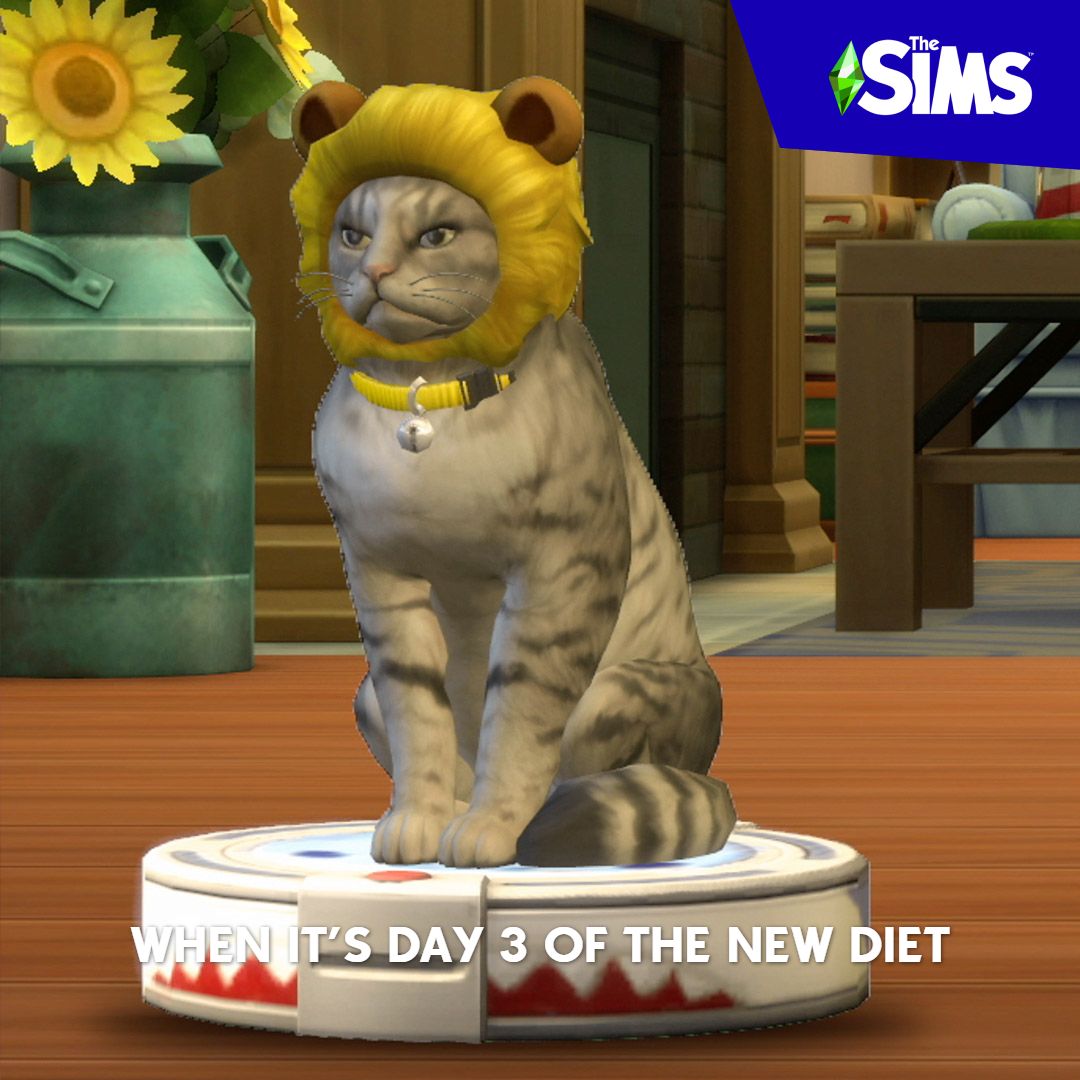 It's weird because these all have the powerful energy of something designed to be shared by mums on Facebook, but the images are in the Instagram ratio. Half the captions are about waking up on the wrong side of the bed, or zodiac signs, and others are about being "heated" or "chill" or "when it really do be like that". What is this? Who is this for?

I love The Sims 4. I even downloaded the TSR workshop tools the other day, to start trying to make my own custom content. But based off this I don't know who The Sims wants to love The Sims. Millenials? Gen Z? My mum? Like, just give us bunkbeds, I don't see what the big deal is.