We're into the double digits! Look how far we can see from up here. What's that in the distance?

Graham: I first played Celeste a few years ago via the free Pico-8 release. I enjoyed it, but I confess that I was a little disappointed when TowerFall-developer Matt Thorson announced that he and a team of people were making a fuller, polished version of the same idea. The best it could be, I thought, was an exceptionally well-made version of something conceptually ordinary. The kind of game I'd enjoy playing but never be truly excited by.

I'm an idiot, obviously - and kind of a dick - because Celeste proved me wrong in two ways. The first is that it's conceptually exceptional too, thanks mainly to its idea-packed level design. That your moveset remains the same throughout - run, jump, a depletable air-dash - doesn't matter when each area you visit introduces environments which use those abilities in radically new ways. My favourite introduces floating, solid blocks that can be passed through when you dash into them, forming funnels you can enter to launch yourself into new areas if you can find the right angle of approach. That each of these areas is used to tell a story about mental health via mechanics makes it all the better.

The second way it proved me wrong is: there's no limit to how excited I can be about something this exceptionally well-made. To be clear, I always knew that making something this polished was hard, and I also always knew that it was rare. There's surprisingly few platformers that are as focused on movement as Celeste is. But across its level design, its art, its music, and the feel of the simple actions you can perform in it, Celeste is a masterclass. 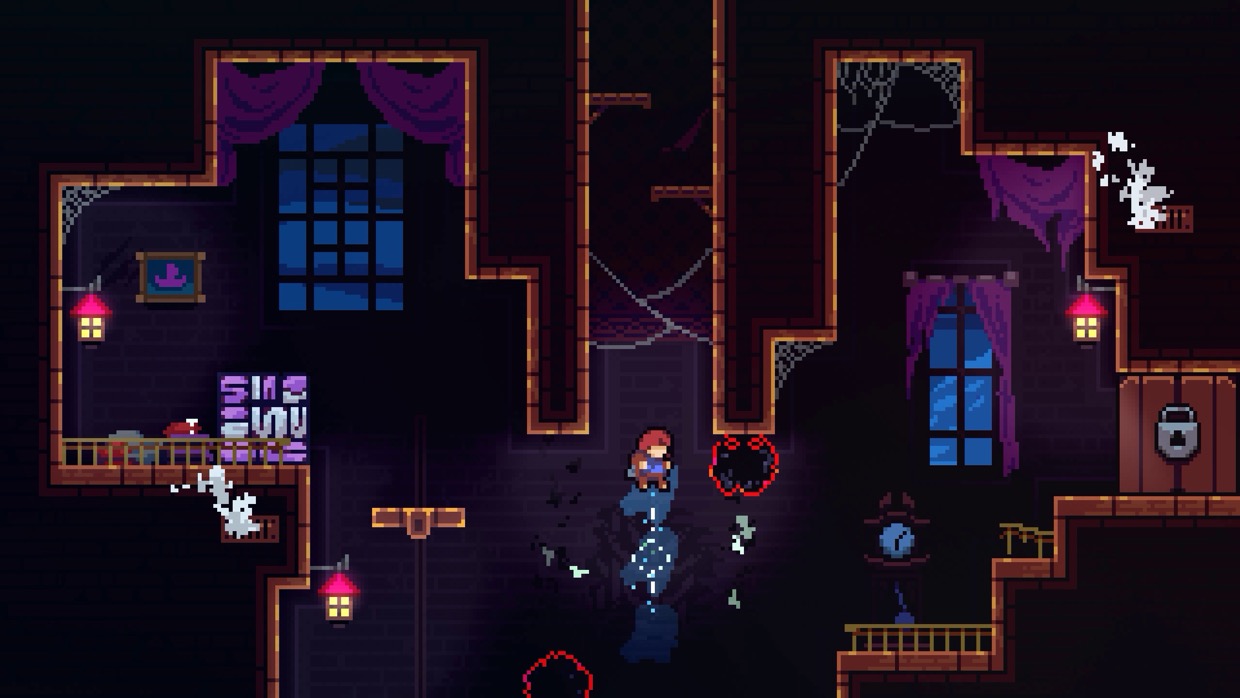 Katharine: What is there left to say about Celeste? We gave it our old-school Recommended badge when it came out back in January, and by the time July rolled round we'd already pegged this most excellent platformer as one of our Bestest and Most Top PC Games of 2018 so far. In the intervening months, it's (quite rightly) won a ton of awards, both for its incredible jumping and how it tackles its themes of mental health, anxiety and depression, and it's remained there, high up on our ever-growing mountain of bestest PC games, ever since.

That's partly because Celeste's dash is so gosh-darned superb - the tightest and most satisfying of any PC platformer that's come out this year in my books - but what really elevates Celeste from all your other jumpy PC games is the way Madeline's movement is so intimately entwined with the environment and the things she's trying to escape and get away from.

It's a game about overcoming challenges, both physically in the game's design, and mentally inside Madeline's own head, each setback giving you more determination to try again and give it another go. And even if that proves too much, Celeste isn't a game that tells you to simply pull your socks up and 'cope'. Instead, its clever Assist Mode says it's all right to not be very good at jumping, and that asking for a little help sometimes is perfectly fine (take note, Dark Souls).

Ultimately, though, it's the jumping that carries Celeste up that mountain o' games, and I suspect it will be quite a while before another platformer even comes close to matching its sweet, sweet dash.