As of today, we're halfway through 2018's RPS Advent Calendar. That seems like the perfect time for a rest, yes? Come, close your eyes, and drift away...

Alice O: You know when you fall asleep at 2am during the credits of an artsy 70s horror or sci-fi film where the synth soundtrack warbles over slow shots of landscapes blown out in unearthly colours with lens filters, then your dreams trap you inside a seemingly endless version of that unreal landscape and the synth warbles on and you feel curiosity and unease but not quite fear? And you walk and you walk and you run and you run and you glide and leap and the landscape very slowly reveals anomalous objects like buildings that aren't buildings and elevated highways that aren't highways and incomprehensibly large crystals and citrine shards that glide through the sky like angular goldfish and it's just you and the music and the landscape possibly forever and sometimes you move with such terrible speed that you fear you have become something terrible? Connor Sherlock's walking simulators often make me feel that.

Zones is a compilation of five stroll 'em ups Sherlock originally made for his 'Walking Simulator A Month' Patreon, collected and sold separately so non-subscribers can explore them too.

My favourite is Witch Of Agnesi, visiting a purple-tinted foggy forest. Trees, grass, rocks, hills, stone circles... you get it. But! Unlike many walk 'em ups, here we can sprint at great speed and leap over trees. The name, the movement, the music, and having recently seen films like The VVitch and Hereditary made this a strange sort of liberation, a feeling of great power but also horror. Whatever I am, I must be a terror to behold - but I'm free. Others visit a dark mountain range where neon squiggles swirl through the air and collect in great columns like lightning blasting up into the sky, plains dotted with ruined stone buildings and crossed with vast roads which look like elevated highways but have rocky outcroppings growing through them and are definitely not highways, a barren blood-red world of glistening rock and jagged stones almost like hairs beneath aurora, and a landscape with a strange futuristic industrial(?) installation beneath a vast yellow crystal. In some we have some sort of jetpack and can boost on high, in others we're just a regular person.

These places are big. Very big. I've sprinted for many minutes in a straight line and not reached the end of any. They may be infinite. You'll see the same objects repeated, old parts in new arrangements or new places, but that's fine. The hypersaturated colours blowing out detail combined with the scale make them dream spaces which give me that feeling of being in those movie credits panning over a scale model. And the music is key to this. 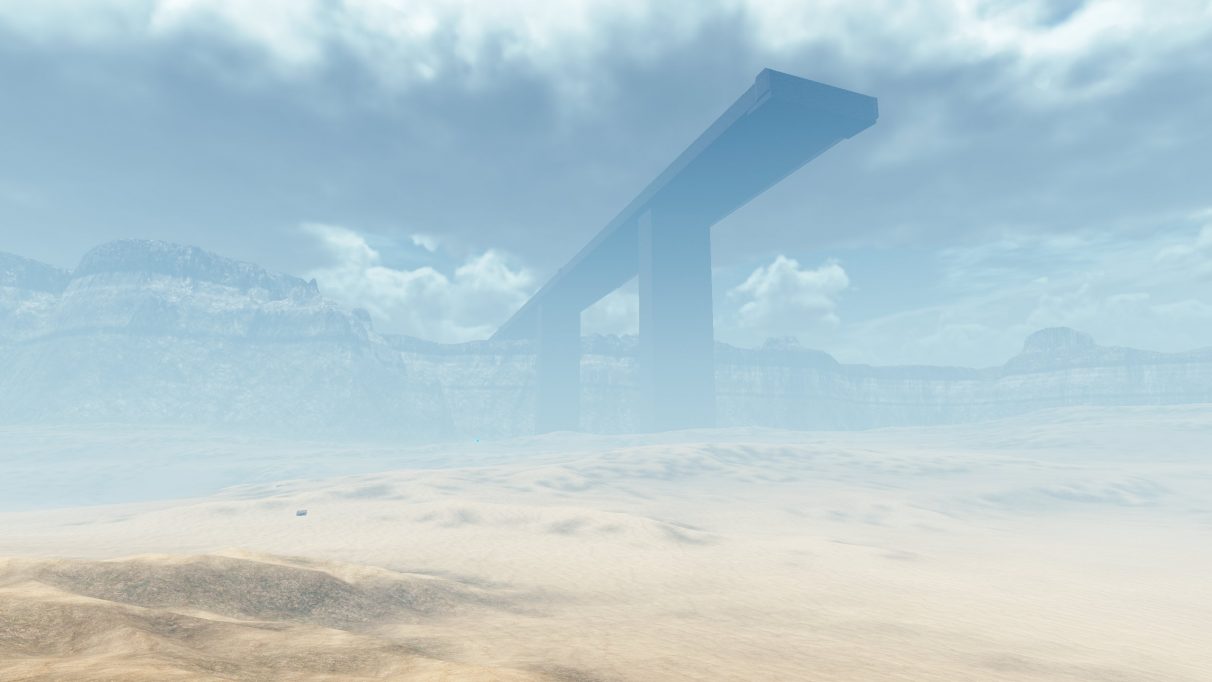 Primarily retro-sounding synth with occasional tinklings of piano and bashing of drums, it's always a little alien and often melancholy, music for the experience of one person. It's a huge part of the moods I feel in these places, and of the journey. Even if I'm passing through a long barren stretch, the music creates a rich texture.

These walks are unguided. Pick a direction to head in or a distant landmark to investigate, and off you go. Cresting a hill might reveal a distant glimmer, a new goal, which you eventually discover is an irregular rockpube arcing with electricity, or a glowing stone circle, or something which triggers a change in the music, or... I don't know. I do not know the inner workings of these Zones, and I don't want to. 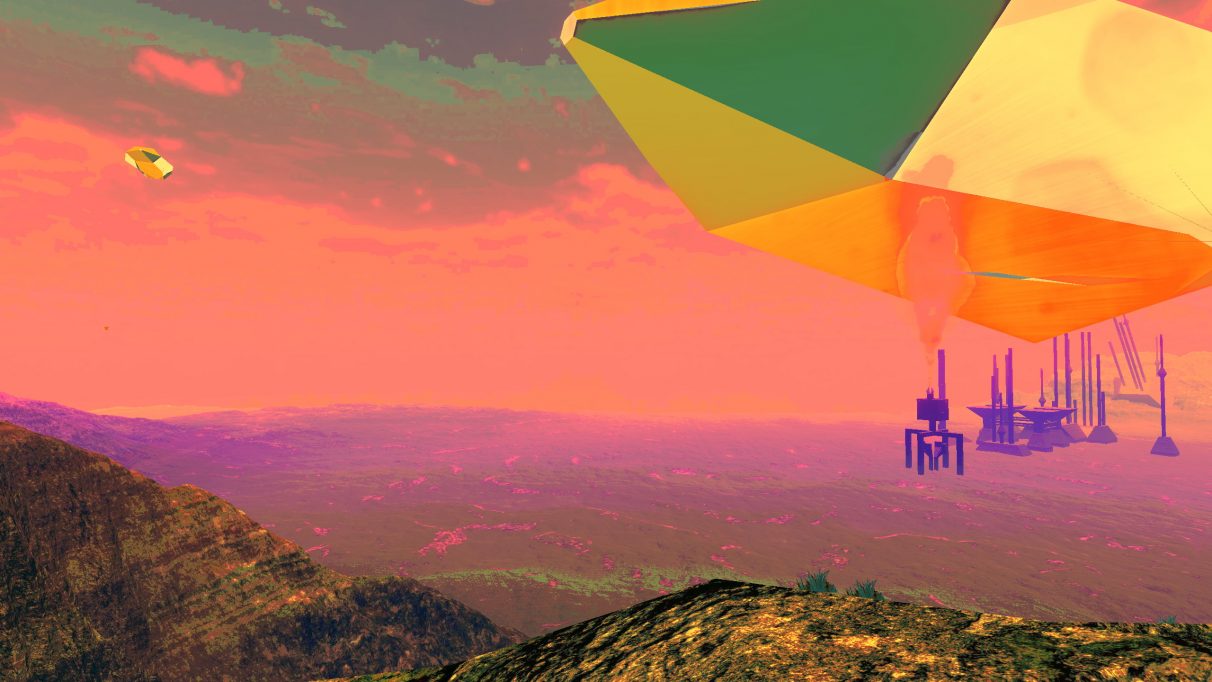 I've been enjoying Sherlock's work for years and it's exciting to see him still try new things. Days and nights and suns and stars and boiling clouds rolling through the sky lead to dramatic moments in parts of Zones, dawn breaking behind a skyline of neon crystal spires or darkness falling when I've somehow found myself deep down a chasm.

"It's not really a place," Twin Peaks fan-favourite character James Hurley once growled about where he rides his cool hog to, "its a feeling." The same with me and Zones.

Sometimes, at night, I find myself back in these places.