The game that lies behind door number five is perfectly seasoned. Can you smell that? It smells like...

Matthew: At the time of writing, winter is about to arrive in the Britain of Forza Horizon 4. It will coat the open world in snow for one chilly week and then have the good manners to bugger off for another three. Playground Games have long catered to the impatient - this is a series where you can come in last and still unlock the next race - but accelerating the seasons into a monthly blur of wet mud, soggy bluebells, frozen lakes and sweating sheep feels like a whole new level of instant gratification. And I love them for it.

I can think of few games that work so hard to make my life so easy. Its campaign is a vast spread of driving disciplines, but I can totally ignore the stuff I don’t like (crunching into bollards in Edinburgh street races) to spend more times with stuff I do (shattering every bone in my ass as I throw jeeps off Arthur’s Seat in cross country). The more you play a discipline, the more you get of that discipline, which is really how all games should work out what to offer you next. 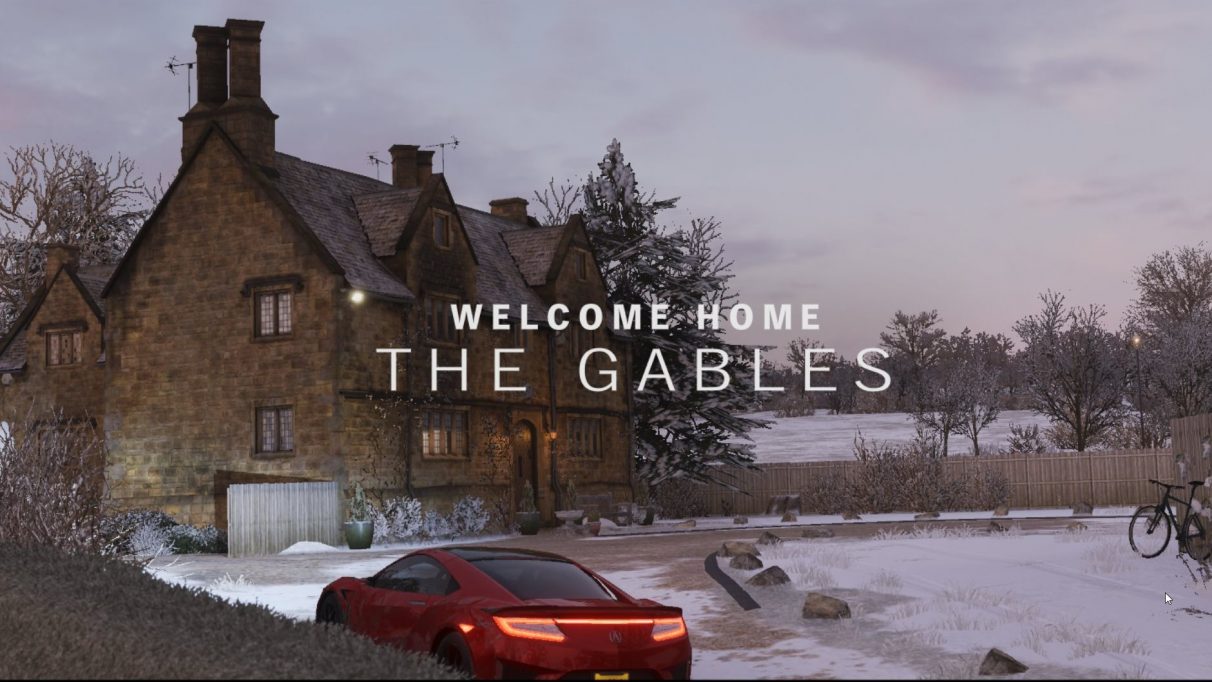 And the racing itself is built around beautiful scaling difficulty. You can tune your drive from ‘pretty much just hold accelerator and you’ll at least get to the end’ all the way up to the sim-like depths you’d expect from its grumpy big brother, Forza Motorsport. (I can’t speak to Horizon’s quality as a sim, but there are a lot of words I don’t understand on the tuning menu, which is usually a good sign.) Win too easily and Horizon politely asks if you’d like to punch up the difficulty. Asks, not demands - it’s not just the landscape that’s stupidly British.

And it’s such an incredibly good natured game, a celebration of all things wheeled. Yes, it fetishises the the playthings of billionaires, but its garage of 400+ cars is also full of quirky old bangers from Britain’s automotive glory days and the humble hatchbacks you learned to drive in. There’s also a new side story based on a YouTuber recreating classic racing games. Yes, that sounds ghastly, but to see Playground acknowledge its debt to Project Gotham Racing, Smugglers Run and OutRun is genuinely endearing.

As someone who failed their driving test nine times it takes a lot to get me to look past that psychological scarring and settle into a virtual driving seat. Forza Horizon has long aided that recovery, and this is the best one yet. 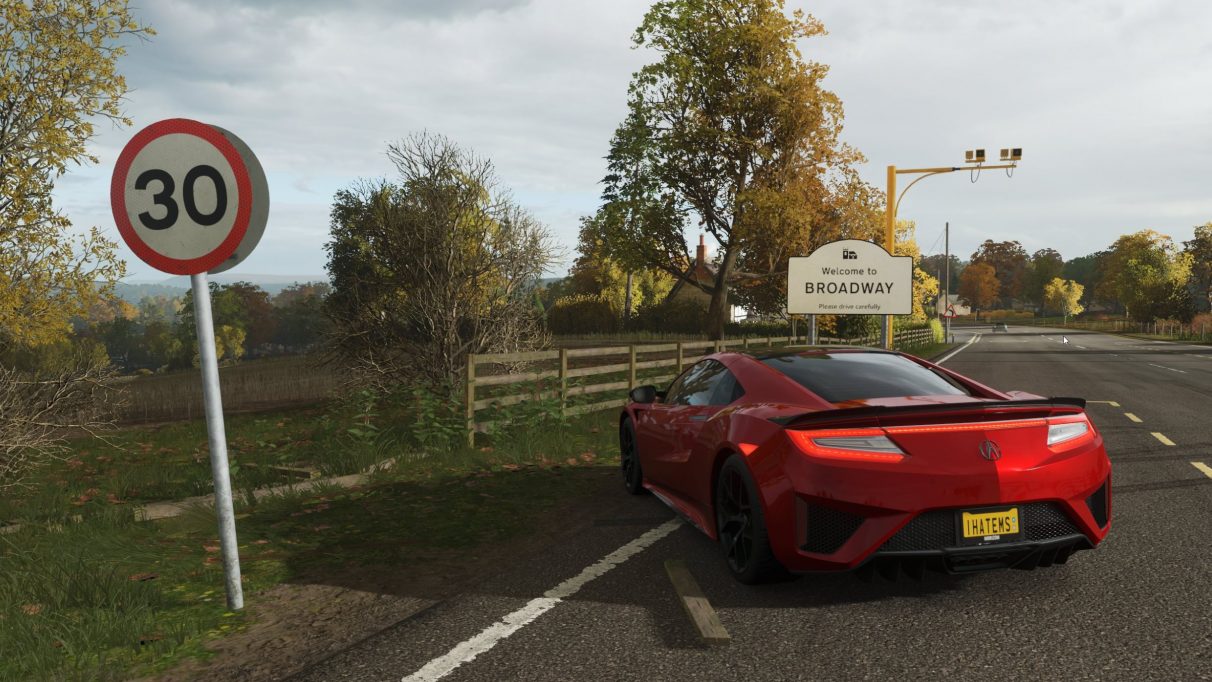 Graham: It normally takes me a good hour at least to start having fun in a game, as I bat away cutscenes, memorise controls and slog through tutorials. Recent driving games like Need For Speed and The Crew have been no different. If we were judging games on their first ten minutes however, Forza Horizon 4 would be the best game of 2018. In that short time it gives you a brief taste of four different kinds of vehicle across four seasons and four locations in its bucolic British countryside, with each time-skipping transition made via a seamless match cut.

If the game had ended there, it would have been a superb 30 Flights Of Loving successor, but I'm glad it didn't. Everything that follows is similarly slick. Forza offers you an abundance of map icons just like every other open world game, but I never felt exhausted at the prospect as I do in many of Ubisoft's equivalents. Partly that's because the story is light and silly, starring a cast of car-fetishist festival organisers carrying clipboards who think the only thing better than wheels is you. Partly that's because hurling 4x4s down mountainsides is more fun than most action-adventure fetch quests, and FH4 has variety and pacing that most open world games lack.

But mostly it's because traversal is fun when you've got hundreds of cars to choose from and can drive to your destination as the crow flies. 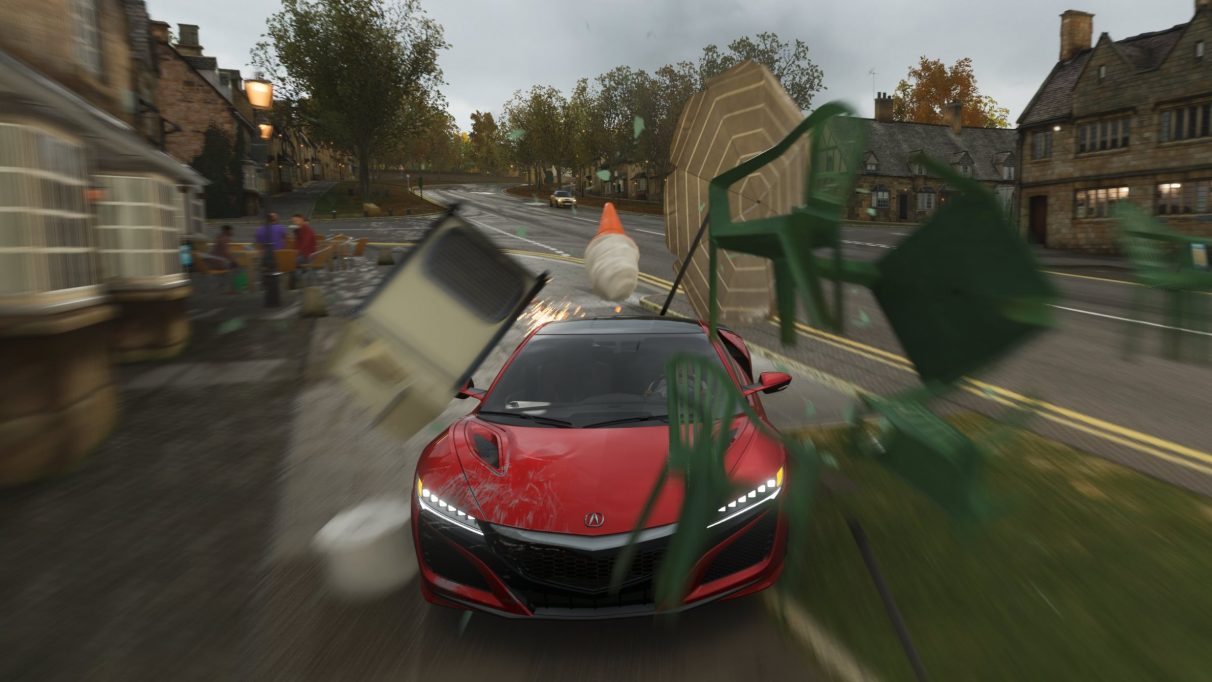 I don't drive in real life, which means all my experience of real cars comes from the passenger seat. Most of that experience was when I was a kid, sat in the backseat of my dad's car on long drives across Scotland. Whether driving on motorways or single-track country lanes, I'd spend that time looking out the window, imagining myself running along the fences and hilltops of the horizon, or wondering what lay beyond the dense treeline.

Forza Horizon 4 lets me recreate these days by allowing me to drive cars my family owned on similar motorways and country-lanes, but also fulfils fantasies by letting me veer off those roads and go barrelling straight through the treeline and towards that horizon. Whether driving a Peugeot or the Jaguar XJ220 I coveted as a ten-year-old, your car is a juggernaut, and stone walls, lampposts, and all but the sturdiest of trees will tumble before you as you speed in a straight line towards your next objective marker.

This is a fun, joyful, generous game. Its first ten minutes are the best of 2018, and all the minutes that follow are pretty damn close.