Peek behind day six of the RPS Advent Calendar and you'll find our very best best videogame dads. What do they have to teach today?

Yakuza 0's game dad is a beefy mobster with a heart of gold, bound by his sense of honour and duty to unravel a conspiracy that's threatening to tear his crime family apart and has already seen him framed for murder. He shouts. He growls. He bodyslams thugs. He kicks teeth out. He straight-up stabs several people. He races slot cars with children and helps them to believe in themselves. He pulls shapes with Michael Jackson. He teaches a band of adult punk posers how to act tough. He gives a chicken a job at his real estate company. Oh, and our Kiryu is only one of two wonderful game dads in Yakuza 0. The other, Majima, is a wiry psycho with a heart of gold. I love my two game dads. 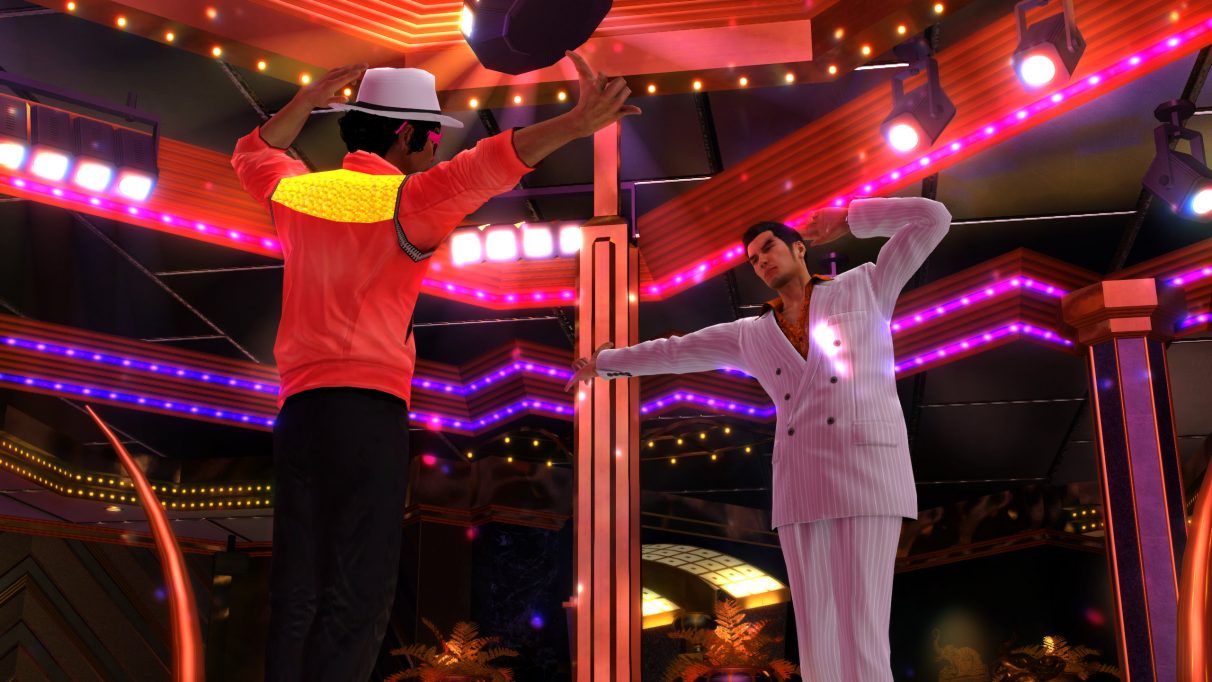 Sega's open-world brawler RPGs don't strike a balance between crime drama and wacky dad antics as much as lean so hard into everything that sure, I'll go along with whatever it wants. Its tone is: a lot. Yakuza is all melodrama, all the time, in every aspect. Every boss battle a monologue. Every sidequest a personal story. The game dads give everything their all. They can't even fight without breakdancing or heaving a startled man above their head, leaping into the air, and slamming him down face-first. I adore it.

I'm happy simply running around those bustling cities, pushing through crowds, eating a big dinner, singing karaoke in ridiculous costumes, going bowling, eating a second big dinner, running Majima's hostess club in maybe my favourite minigame from any game, and helping every single person I talk to. God help me, I've even tried playing Mahjong. I gave up on Mahjong.

Matthew: I don’t know about GOTY, but Yakuza 0 definitely stars my GOTY - gangster of the year. His name is Hiroki Egoshira, aka Mr Shakedown, aka The Biggest Bastard In Kamurocho (a highly contested title). He roams the streets of Sega’s party district looking to steal our hero’s hard earned cash. By which I mean, cash I punched out of another man’s face. Egoshiro will do exactly the same to you if you let him, and because his fists are the size of bollards he’s more efficient with it. Lose the fight and he’ll take every penny in your pocket. Not so bad early on; devastating when you’re trying to save 100 million yen for later upgrades.

He’s easily avoided, but when you do spot him you can see the money he’s currently carrying - an often massive sum floating above his head, beckoning you to come and take a swing for a big payday. Even better, you can find him sleeping on the pavement and siphon money from his pockets, but at the risk of waking him. Going back for repeat pickpocketing has all the tension of Pop-Up Pirate, only Pop-Up Pirate wouldn’t kick the shit out of you once he’d popped. Egoshira is the perfect blend of brisk arcade design and memorable character building. 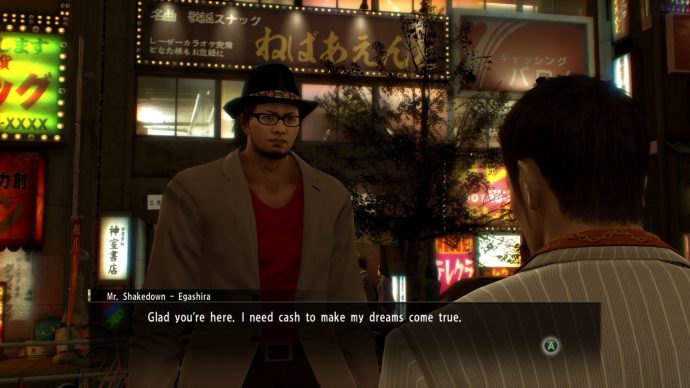 That’s the magic of Yakuza 0 in a nutshell. It’s a world where any interaction can be turned into a hectic minigame, be it rhythmic button thumping to sing drunken karaoke or impressing schoolgirls by sniping chat-up lines in a shooting gallery. And it’s a place you can’t walk down the street without getting pulled into harebrained distractions - in the opening hours alone you’re protecting Michael Jackson, chasing a must-have JRPG through a chain of increasingly baffled muggers and teaching softies how to be punks. At the very least this has to be the funniest localisation of 2018 - no game has made me hoot louder.

Yakuza 0 has no desire to be seen as a realistic life simulation, but it has more life in it than any game I’ve played this year.