Huh? What's that noise, coming from behind door eight of the RPS Advent Calendar? Ah, it's stopped. Oh well - musta been rats.

Warhammer: Vermintide 2 was my first visit to the Warhammer universe. I bloody love the place.

That’s odd, because it’s a miserable, blighted landscape plagued with rat hordes, dark magic and chaos warriors. Those rats are fantastic at naming things, though, and they’re oh so satisfying to splat.

Is this essentially Left 4 Dead with wizards? Yes. Is that an excellent idea? Also yes. 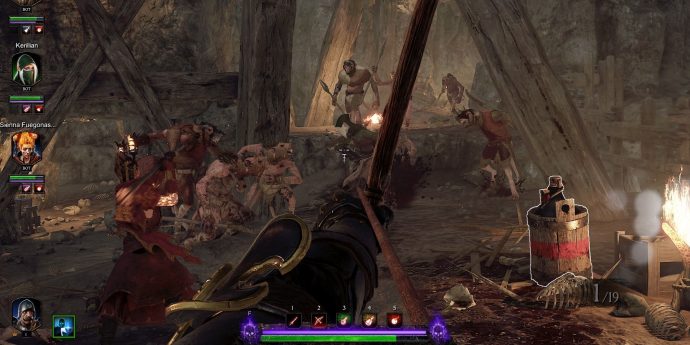 I prefer it, in fact. Vermintide 2 takes the best ideas from Valve’s horror shooter, and embeds them into a game where the hordes don’t feel like tissue paper. Most enemies are weak, but they’ll still chew you up if all you do is hold down a mouse button. You have to strafe and block, time every slash and use your class ability strategically. Every engagement is engaging.

That’s especially true against the bosses, which have made me laugh more than anything in any game this year. I’ll never forget that time a tentacled chaos-spawn slurped its way around some ruins, its position trackable by whichever friend happened to be shrieking. You think you’re the king of the world, then a half-formed sack of mouths and gore picks you up and starts to eat you.

Then your pal chucks a bomb, and you’re cast to the floor as the beast turns on a fire mage who immediately regrets their heroism.

They don’t really, though. There’s a unique gratification to saving your friends at the last moment, a camaraderie only slightly spoiled by the way my character spent the whole game insulting her fellow adventurers. They’re a snarky bunch, these witch-hunters and warriors, their personalities mostly embodied in bluster and put-downs. That’s OK. I enjoyed apologising for my elven barbs. 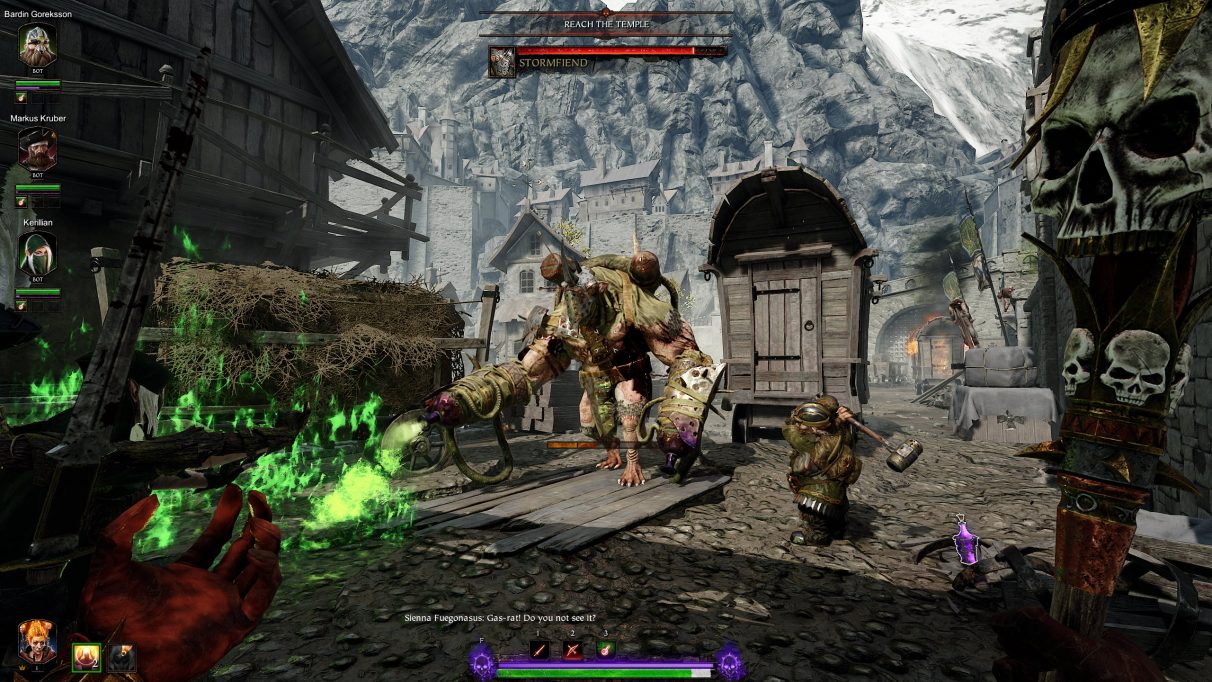 If that grates rather than gratifies, then that’s OK too. It’s the banterous set dressing to missions that stand strong without them, to level design that’s visually spectacular and mechanically thrilling. One mission takes place almost entirely within a cave, the very last section a desperate sprint towards the light. Others involve solving simple puzzles while fending off hordes, in one case building to the best ‘I’ve got it!’ moment I’ve ever been treated to.

I wouldn’t call Vermintide a horror game, but it can definitely be a scary one. Fear taps into reptilian circuits that plunge us into the worlds our avatars inhabit, into believing that there really is a bile troll at your back. There’s a totality to panic, an urge to act that grips where other emotions only guide.

Social panic offers a special kind of pleasure. When you’re fleeing from the same rat ogre, or on the brink of being overwhelmed by a sea of snarling rodents, that panic invokes presence in a shared situation. You all have your own roles to play, you all get your moments in the spotlight. Left 4 Dead figured out how to keep players on their toes with AI-horde directors, and the templates for special enemies that necessitate teamwork. Vermintide 2 combines those ideas with its own, resulting in the most fun I’ve had in a co-op game since Portal 2.