Midway through totemic 80s skin-crawler The Shining there's a scene where Jack Nicholson's disheveled caretaker, scouring the Overlook Hotel for the antidote to writer's block, stumbles on a scale model of the hedge maze his wife and son are exploring outside. He glares down at it (Nicholson's eyebrows really deserve an Oscar apiece) and the film cuts to a slow zoom from above, showing us his family wandering through the model, as innocent and unsuspecting as Pac-Man's ghosts. It's an obvious visual metaphor for Jack's mounting ogreish tendencies - you can feel him itching to stretch out a thumb and squish them. But it also sums up a film in which the horror isn't really driven by grotesqueries like blood-filled elevators, but the quiet hostility of the spaces around them - the vast, silent ballrooms, corridors and stairwells that eat away at your imagination as Kubrick's queasy camerawork feeds you through them.

There's a similar model in 101% and Reddoll's The Suicide of Rachel Foster, showing the Timberline Hotel's situation high in Montana's mountains, a “You Are Here” flag fluttering jauntily from its roof. So far, there is nothing particularly amiss about that model, no suggestion of malice. I have a feeling that may change.

The Suicide of Rachel Foster is not, according to its lead programmer Lorenzo Bellincampi, a horror game. “The key words are very much nostalgia and mystery rather than fear or terror,” he tells me, as I play through the opening sequences. Set in 1993, it's the story of 26-year-old Nicole Wilson, a woman who fled her family's hotel as a teen after the discovery of her father's infidelity. Now the owner following her parents' deaths, Nicole has returned to the hotel to carry out a survey before putting it up for sale. On arriving, she's marooned by a blizzard, and obliged to pick through rooms charged with memories she'd rather leave undisturbed (including, presumably, the identity of the titular Rachel Foster and the circumstances of her death). Fortunately and just a tiny bit suspiciously, help is at hand in the form of a federal ranger named Irving, who reaches out to Nicole using the first-generation mobile phone you find hooked up in her old bedroom. 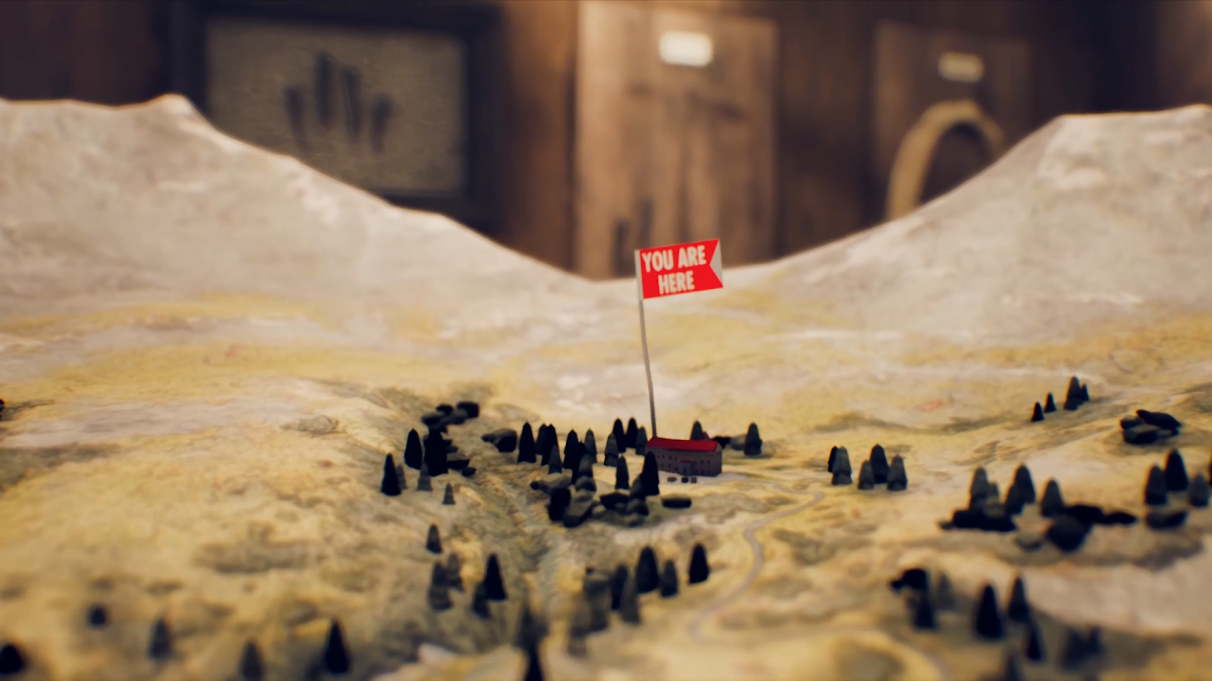 The three-to-four hour first-person experience that ensues takes many of its design cues from Campo Santo's Firewatch. It's a mixture of branching dialogue and free exploration with some very light environmental puzzles, like hunting for a screwdriver or a generator switch. There are no fail states, says Bellincampi, so “everyone can play the game and have a certain flow”, and while there are hints of supernatural shenanigans related to Nicole's troubled family background, you shouldn't expect jump scares or anything utterly gruesome.

If The Suicide of Rachel Foster isn't a work of outright horror, however, it does take inspiration from the best. The Timberline Hotel is openly based on The Shining's mountainside retreat. It's far from an exact replica - smaller and cosier, more rustic hunting lodge than jet-setter's watering hole - and the choice of a first-person view means there's none of the derangement fostered by The Shining's blend of weird angles, breathless long shots and tracking sequences. But the decor has the same, insidious, not-quite-fleshy texture as in the Overlook Hotel, a parade of sour greens, septic pinks and sickly cream oranges you can all but smell. There are the same geometric carpet patterns, microcosms of the building's layout that repeat themselves down hallways whose length feels vaguely like an assault. 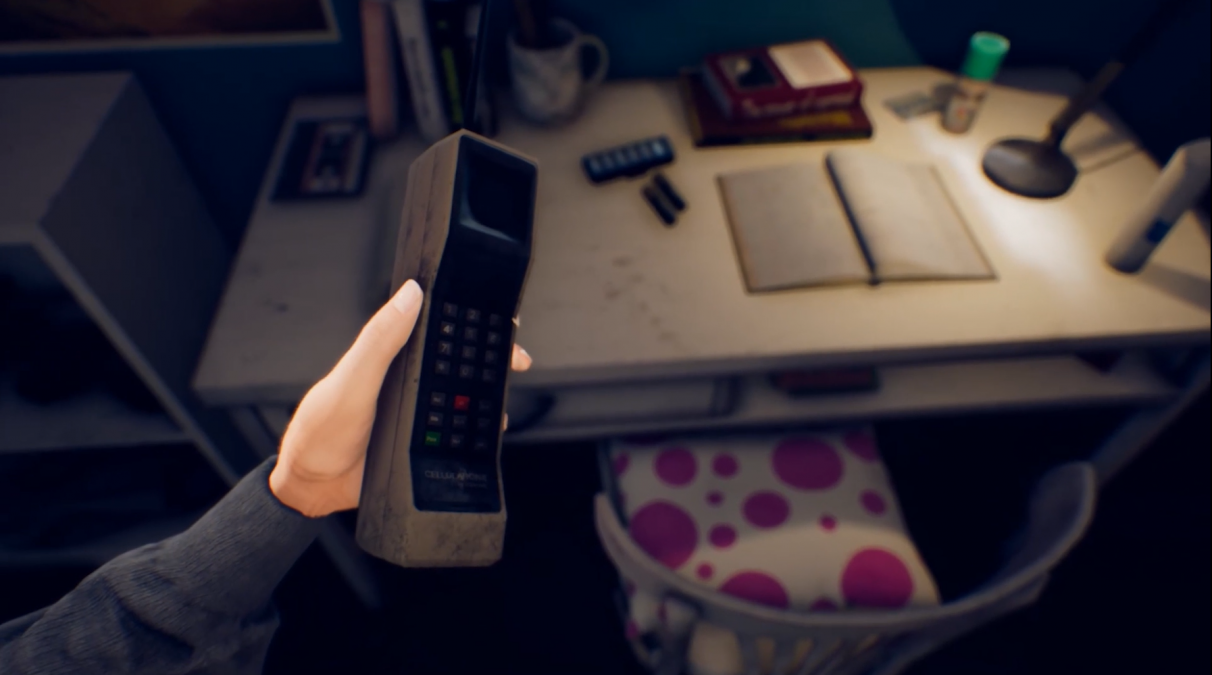 There's an atmosphere throughout of frozen violence, as though somebody had hit the pause button on a massacre: one of the hallways terminates in a portrait of a wolf's face. And there's a Kubrickian unearthliness to the audio, the way the quality of the air changes when you close a door, or the tics and groans of architecture shifting under the weight of inclement weather. During my demo, I was drawn through the hotel by a series of noises – the beep of an answering machine, a ringing phone, the rattle of a damaged fitting. Sensibly, the developer has refrained from adding HUD elements like waypoints or a navbar: all you have to work with as you investigate these disquieting sounds is a paper map, which Nicole annotates as she proceeds in mimicry (auspiciously enough) of the map screens from Silent Hill.

On the strength of 20 minutes amid the hubbub of Gamescom, the game seems a pleasantly underhand work of atmospheric storytelling and a promising critique of a legendary locale from cinema, the kind of deliberate engagement with another artwork I wish developers would do more often. The one fly in the ointment is Nicole herself, who is described as “strong-willed” by press releases in a manner that suggests she's more type than personality, and who is confrontational in dialogue to a degree that feels like a writing team trying to make a point of having a Strong Female Lead. “You're not the first man to try and stop me,” she yells at Irving, when he suggests she maybe hole up by the fire rather than venturing out into the storm on foot. 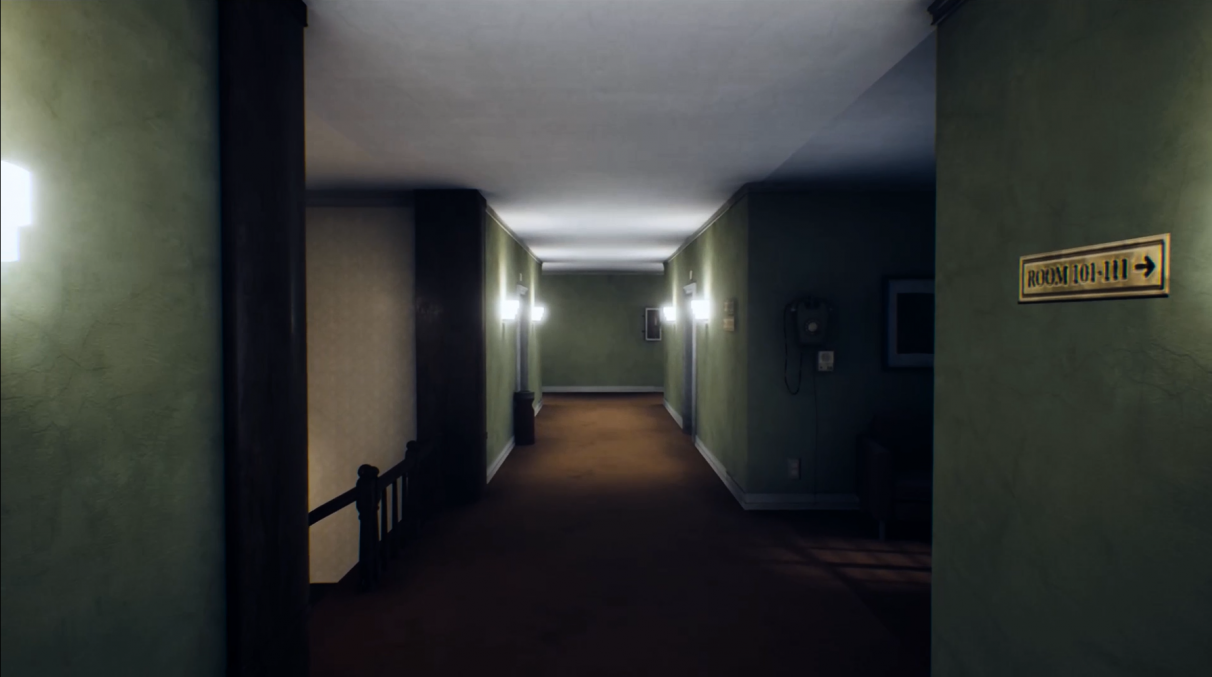 Given that this is the developers' first real stab at a narrative-driven game, and its first time localising a script for English to boot, it's probably unreasonable to expect writing on par with that of Firewatch. All the same, I'm hoping that the finished game is less about dialogue between characters, less about Nicole's rapport with Irving and her wrestle with the spectre of long-buried misdeeds, and more of a dialogue with Kubrick and his mazes.