I’m not usually one for in-game collectables, but Telltale’s The Walking Dead: The Final Season has me on board. For starters, assuming the first episode sets a reliable precedent, there are only six of them per episode, so it won’t take hours to track them all down. But more importantly, items that Clem and AJ can find and use to decorate their room are equal parts fascinating and deeply, deeply creepy.

Spoilers ahead, obviously, though nothing especially story-based.

The Walking Dead's always been very much about zombies, and therefore people dying. It shouldn't really be a surprise, then, that the collectables introduced in this final season are all incredibly morbid. But more than that, the first episode really digs into exploring how kids, who have never known a world different from the zombie apocalypse, think about life and death – though mostly death. The theme is present throughout the story, but it also really comes through in these optional collectables, giving them a lot more meaning than your average doodad.

My first hint that things were going to get weird was a cat skull that Clementine picked up off a shelf in an abandoned fishing hut, so evidently this kind of gruesome home décor is all the rage in the apocalypse. By this point I’d already missed the big deer skull that is supposed to go over their door so, two dead creatures’ heads, check. Now, some people in real life decorate their homes with skulls and I have no interest in judging those who are into the witch-goth aesthetic, but most people don't have the same cavalier attitude to picking up bones. We already know that Clementine is desensitised to these things, but it's a neat extra detail to know that she thinks AJ will find it "cool" (and that she's right.) 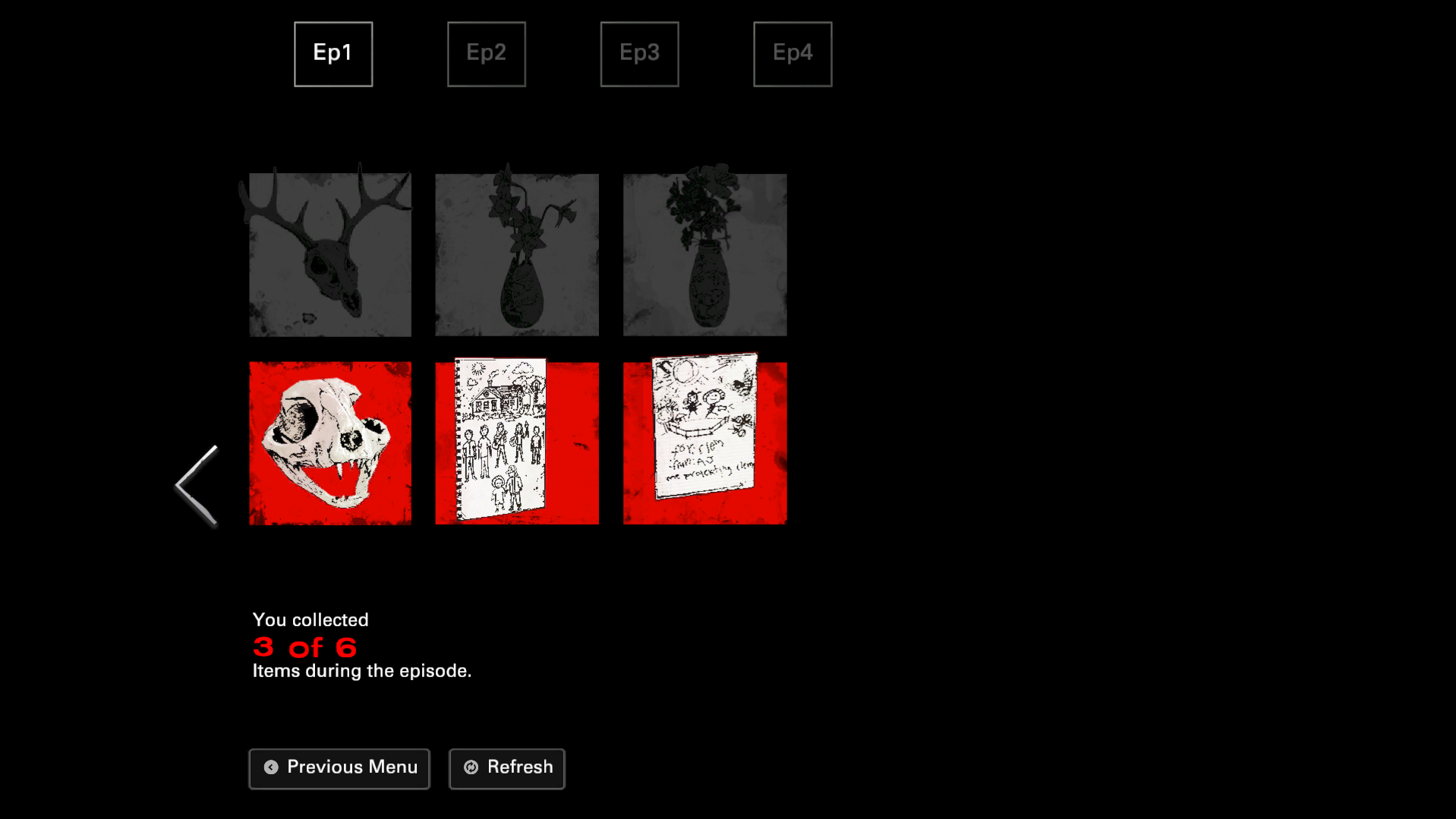 It's the other four collectables where things get creepier, demonstrating how death permeates these characters' everyday lives by attaching the theme to otherwise innocuous objects. Lots of people have kids' drawings pinned up in real life too, but rarely do they show parent and child fighting zombies, like AJ's picture captioned “me protekting clem." And then there’s Tenn, another young boy, who happily sketches his dead sisters and the zombies that murdered them together in the afterlife. AJ wants to be drawn in too, and Tenn offers to add Clementine to finish things off. I’m not superstitious, but it definitely felt like tempting fate. Regardless, you can pin it to your wall. Cheerful!

Tenn’s drawing epitomises how, as a kid who's been surrounded by death his whole life, he sees it as something that he describes as “sad, but not scary.” And yet AJ’s reaction to the final pair of collectables suggests that he hasn’t yet internalised the same acceptance. Clem brings two bunches of flowers, and his very first reaction, instead of commenting on how nice they look, is to fuss about whether they'll die. He's surprised when Clem explains that one of them is fake and so can’t die. “Lucky flowers,” he says. But he remains attached to the bunch that will eventually wilt. In contrast with Tenn, his reaction to these collectables makes him seem more innocent to the world around him.

I’m sure something dramatic will happen to distract us before AJ has to deal with dead flowers, but in the meantime they’re what I’m worrying about during the wait for the next episode. On one hand, it feels like a strange detail to be caught up on after the twists and turns of The Final Season’s introduction, but on the other, all of these collectables serve as stark reminders that, in Clem’s world, death is always looming. Not exactly a happy gathering of objects, but a smart way of giving them actual value, both in cementing the game’s tone and giving us a window into how characters both major and minor deal with their constant state of memento mori.

Only time will tell what everyday decorations I'll be preoccupied with when episode two releases on September 25th.