Western Digital have announced their first PCIe 4.0 SSD, the Black SN850. With sequential read and write speeds reaching a maximum of 7000MB/s and 5300MB/s respectively, the Black SN850 is set to be even faster than the recently released Samsung 980 Pro, which topped out at 7000MB/s read and 5000MB/s write. More importantly, it's going to be cheaper, too, with the entry-level 500GB non-heatsink model starting at £130 / $130 when it launches at the end of October, just squeaking in under the 980 Pro's current price of £139 / $150

Yes, £130 / $130 is still eye-wateringly expensive for a 500GB NVMe drive (especially for us schmucks in the UK getting diddled on the exchange rate, there), but as you may have seen from my 980 Pro review earlier in the week, the jump from the outgoing PCIe 3.0 standard to the new PCIe 4.0 one is quite substantial - bigger, in fact, than the jump you'd get by switching from a SATA SSD to a PCIe 3.0 NVMe drive, according to my benchmark figures from the 980 Pro.

It's still relatively early days for PCIe 4.0 at the moment, as only AMD currently have a fully supported PCIe 4.0 ecosystem. Intel recently confirmed that their next generation of 11th Gen Rocket Lake CPUs will have PCIe 4.0 support, but these aren't due to arrive until early next year. Still, while their appeal may be limited right now, PCIe 4.0 is set to become the new, next-gen standard for PC gaming. Both the Xbox Series X and PS5 consoles are built around PCIe 4.0, and it's also how Microsoft's DirectStorage tech for PCs is going to help cut down on game loading times when it launches next year.

The WD Black SN850 isn't just a newer shinier version of their existing Black SN750 SSD, though. WD say they've paid particular attention to improving the Black SN850's low queue-depth performance this time round, so it should perform better when you're only read, writing or transferring smaller numbers of files. In other words, the kind of tasks you'll be doing in real life should feel faster, but I'll have to wait until review samples are available to see whether this claim holds water. 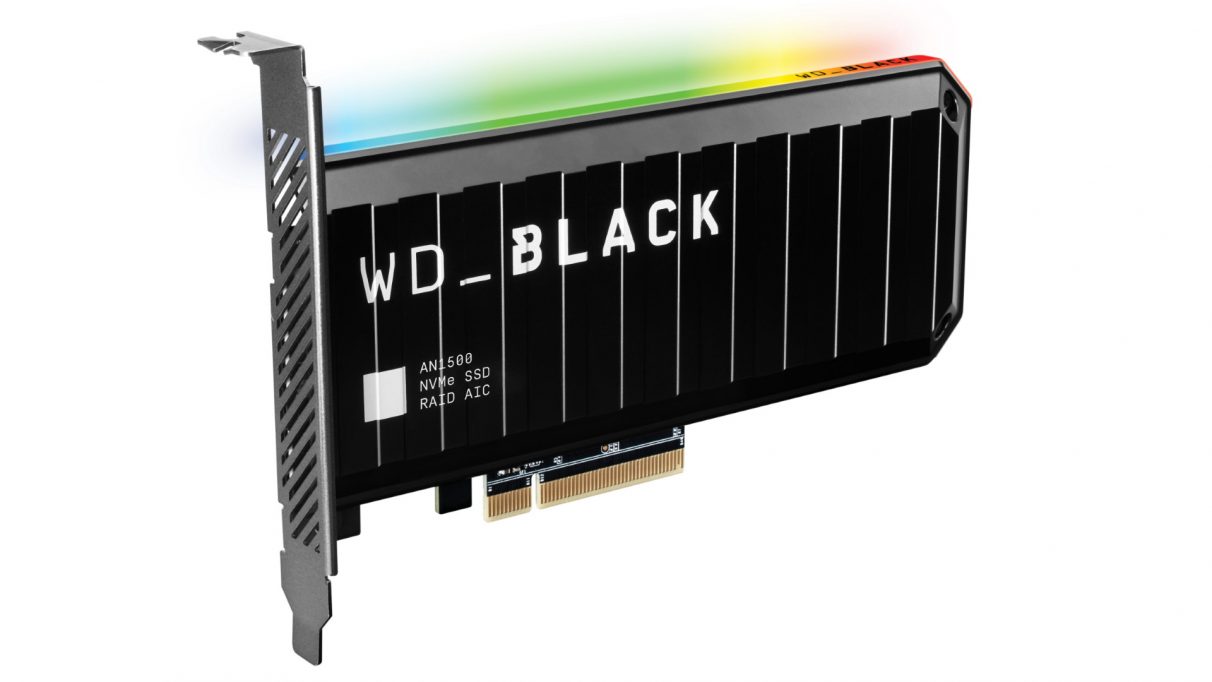 The Black SN850 wasn't the only new SSD announced today, as WD also unveiled their Black AN1500 NVMe SSD add-in-card. Starting at £229 / $230 and available in 1TB, 2TB and 4TB capacities, this AIC SSD will allow you to achieve "next-gen performance on a current-gen setup", according to WD. Whereas your typical 'current-gen' NVMe drive uses four PCIe 3.0 lanes (often expressed as PCIe 3.0 x4), the AN1500 doubles that to eight as a PCIe 3.0 x8 drive, offering speeds of up to 6500MB/s read and 4100MB/s write. 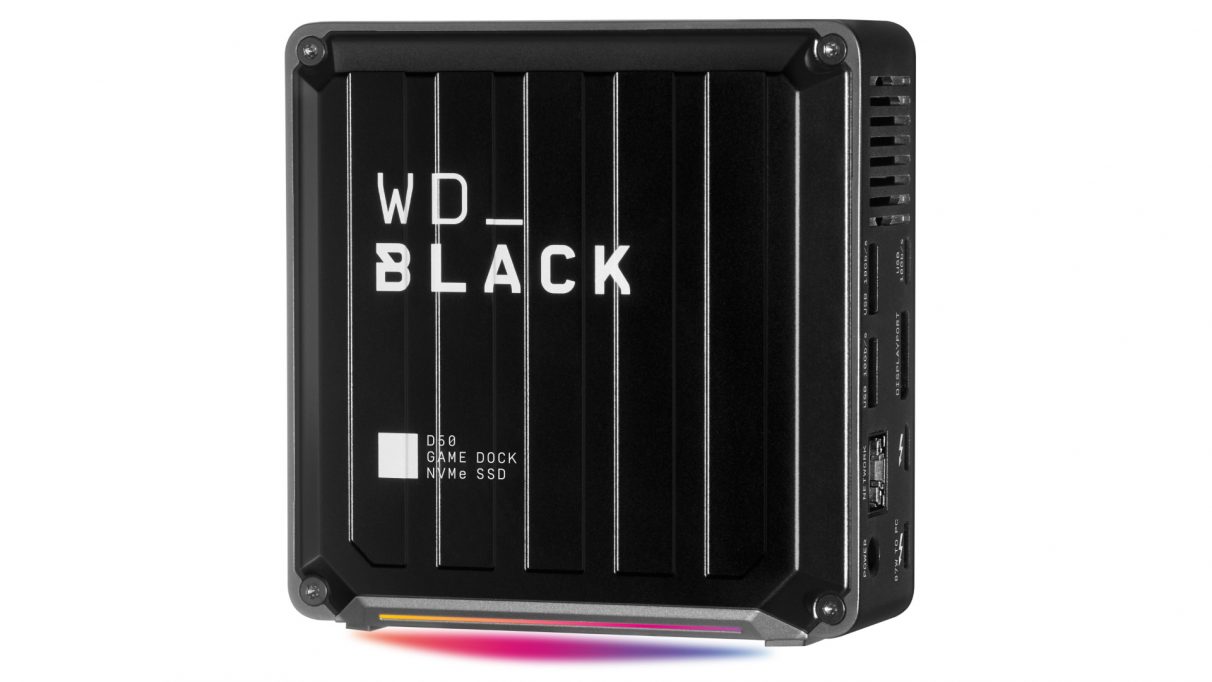 Finally, WD also announced their Black D50 Game Dock NVMe SSD, a rather diddy cube-like device that's designed to bolster the storage and I/O capabilities of Thunderbolt 3-compatible laptops. It's pretty expensive, with the 1TB SSD model starting at a whopping £430 / $500, but a HDD option will also be available for a lot less at £280 / $320 - although that too is still quite the extravagant accessory.

I'll be testing the Black SN850 very soon, so watch this space to see how it stacks up to its Samsung 980 Pro rival.