The World Begins With You does two things well: mystery and sunbeams. I'm a fan of both, so enjoyed my half an hour with this little platforming adventure. It Begins With You waking up inside a ruined temple as a small boy with a glowing light sticking out of your skull, and an ominous warning that you've slept for too long.

I love a good techno-ruin, and the ethereal lights that are dotted around that starting temple and beyond remind me of how effective (non-PC game alert) Horizon Zero Dawn was at creating similar environments. Combined with the mirroring of that electric doodad in the player character's head, it's not a stretch to point to that game as a direct inspiration for this one. Just yunno, with less robot dinosaurs and more jumping about on rocks.

That platforming can be a bit fiddly, owing to the way the camera floats around at a distance and changes its angle as you move. That's both a weakness and a strength - I'd say it's how the camera frames each section that actually makes the game worth checking out. It's got a knack for highlighting those sunbeams in just the right way. 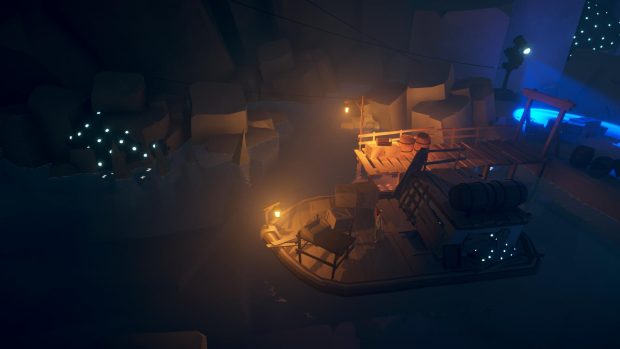 There are some other frustrations I should mention. There's a maze bit early on that relies on a little too much running around and trial and error for my liking, though there's a much shorter and more interesting one later on. There's also an underwater boat section that is again lit beautifully, but moves tortuously slowly and has multiple points that send you back to the start if you can't figure out what to do in time. In fact, I'm just gonna tell you how to get past it to spare you the ordeal I went through:

Oh, and it's got a lovely soundtrack that reminds me of Endless Space.

The The World Begins With You was made by Fabian Denter for last December's Wizard Jam 6, and you can download it for free on Itch.io.