Nvidia have just announced their RTX 30 GPUs are coming to laptops, and that can only mean one thing. We're about to get inundated with dozens and dozens of newly refreshed gaming laptops, all with beefed up innards and even higher resolutions and refresh rate displays to make the most of Nvidia's latest crop of mobile RTX 3060, RTX 3070 and RTX 3080 chips. While many laptops are familiar riffs on what we've seen before, there are a couple of new ones on the horizon that look set to offer even more ways to play when we're away from our PCs. Here are the most exciting gaming laptops to watch out for in 2021.

If 2020 was the year of 300Hz refresh rate displays, 2021 will be the year that 2560x1440 high refresh rate displays begin to become commonplace on portable gaming laptops. Several of the models I've picked out below from my advanced CES briefings all come in both 1080p and 1440p flavours, with the former reaching all the way up to an even nippier 360Hz refresh rate, while the latter top out at a still very impressive 165Hz. That's a pretty tempting combination for potential gaming laptops buyers, and Nvidia's RTX 30 laptop GPUs look as though they might actually be able to fill those frames and resolutions pretty comfortably, too.

2021 is also likely to be the year where AMD's Ryzen 5000 mobile CPUs become the de facto choice for gaming laptops as well, as Intel's 11th Gen Tiger Lake H-series chips are still nowhere to be seen. There are still a couple of Intel-based systems on this list, but an overwhelming majority have all gone for an AMD and Nvidia combination this time round, signalling yet another sea change in the world of gaming laptops. Without further ado, here are the RTX 30 series laptops that have caught my eye, now updated with more Asus, Gigabyte and MSI laptops. 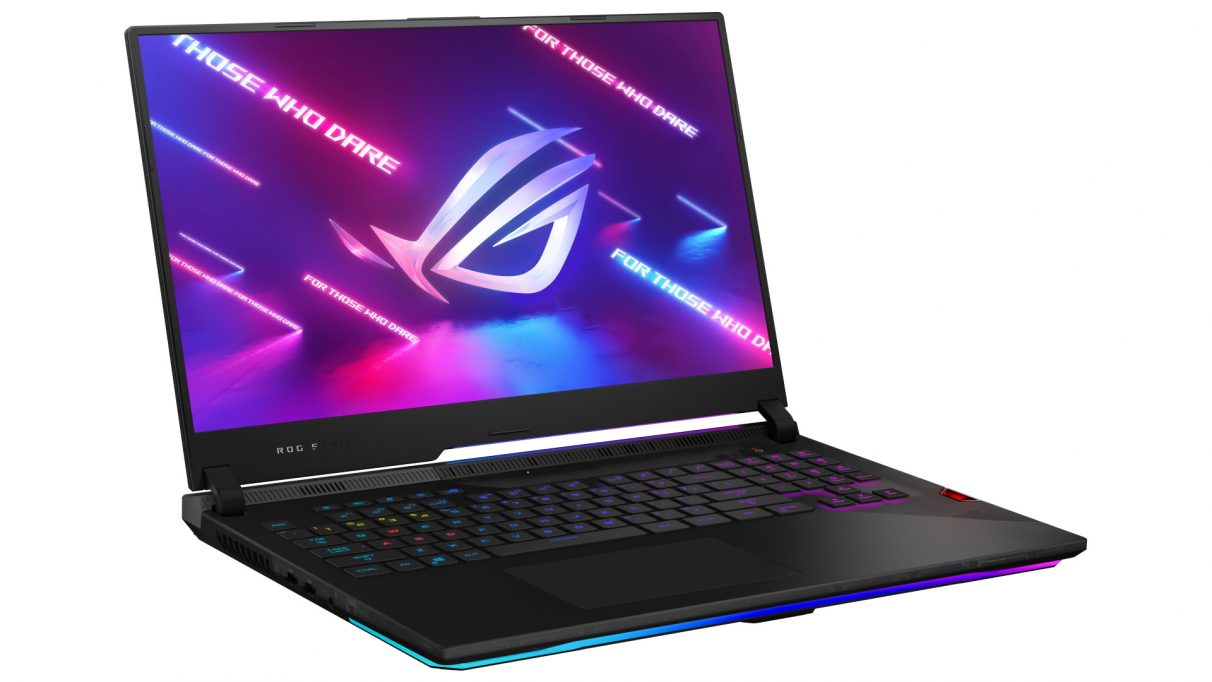 Asus' ROG Strix Scar gaming laptops have always been good old-fashioned powerhouses, but the 2021 edition of their 15.6in gaming laptop brings with it several key improvements. Aside from the obvious power afforded by Nvidia's RTX 3080 GPU and AMD's Ryzen 9 5900 HX processor, Asus have also equipped the Scar 15 with an optical mechanical keyboard this time round, making the first time this has appeared on one of their Strix gaming laptops. The new Scar 15 is also 7% smaller than its 2020 predecessor, making it that bit easier to carry around.

As will become an increasingly common feature in this list, the Scar 15 will come with a variety of display options, including up to a 300Hz panel for those content with a 1920x1080 resolution, as well as a 165Hz 2560x1440 panel for those higher-end RTX models. The larger Scar 17, meanwhile, will also offer a 1080p, 360Hz display option as well. Regardless of which display you go for, though, all of them will come with adaptive sync as standard to help cut down on screen-tear and stutter. 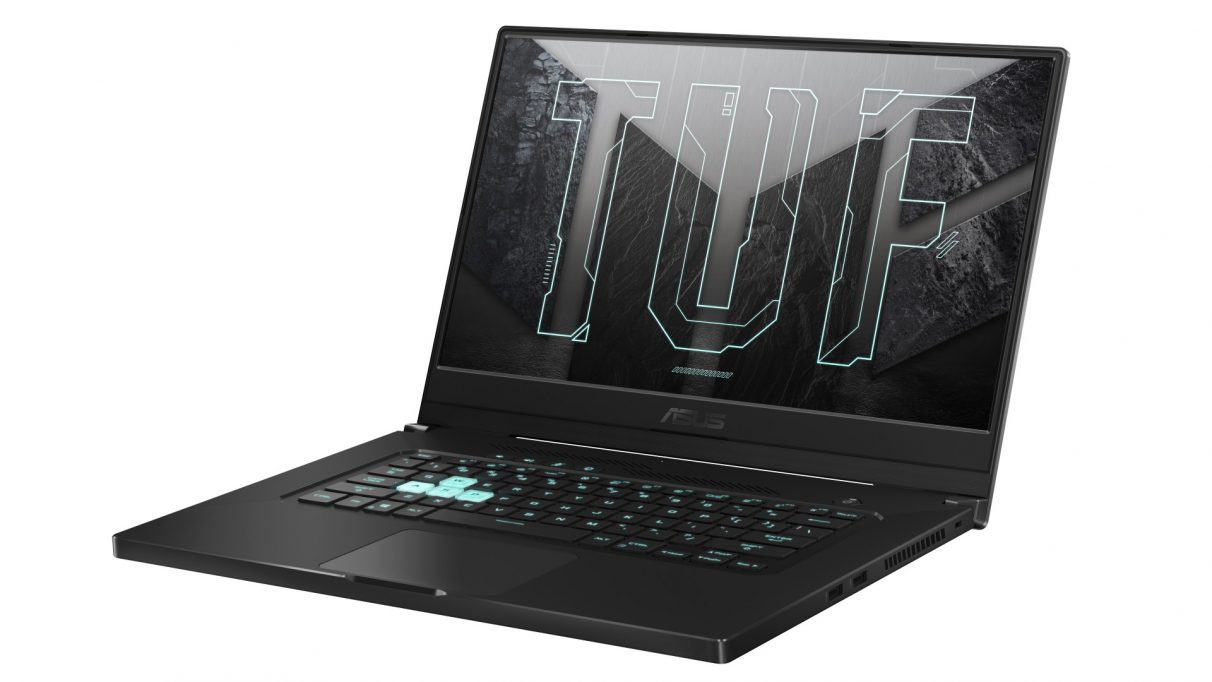 Asus’ TUF gaming laptops were some of the most popular budget gaming laptops last year, and their new TUF Dash 15 model for 2021 is now even slimmer and more affordable. It’s 14% smaller and 10% lighter than last year’s TUF laptops, and comes with an all-new design that will stretch across Asus’ TUF motherboards and other accessories. It comes with one of Intel’s newly announced 11th Gen Tiger Lake Core i7 CPUs and will support up to 32GB of 3200MHz RAM.

The TUF Dash 15 will also be available with several different display options. All of them will have a 1920×1080 resolution, but you’ll have a choice in refresh rate stretching from your standard 60Hz, to 144Hz and all the way up to 240Hz. The latter two refresh rates will come with adaptive sync for tear-free gaming as well, and the 240Hz panel will cover a full 100% of the sRGB colour gamut, according to Asus, ensuring super accurate colours to help games look their best. 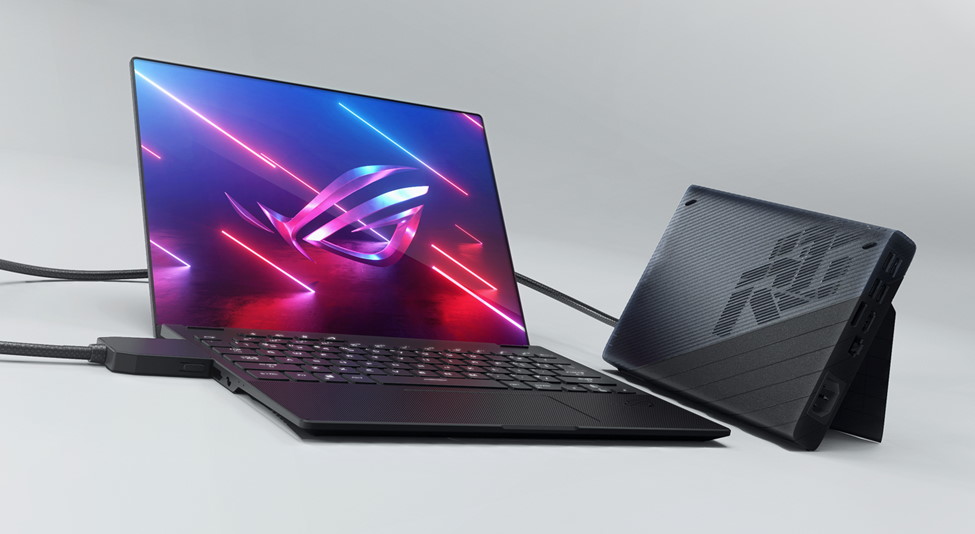 The Flow X13 is one of Asus' new ultraportable gaming laptops, but this svelte 13.4in machine has a rather nifty trick up its sleeve. While its Ryzen 5000 CPU and GTX 1650 GPU give it plenty of oomph for everyday tasks, Asus have also created a special portable external GPU with the latest Nvidia RTX 30 chips inside it to beef up the Flow X13's gaming performance. This slots into a proprietary adapter port on the Flow X13, giving it loads more bandwidth than your typical eGPU, and it's properly tiny, too, weighing just 1kg and measuring 155x208x29mm (and that includes its built-in 280W power supply). Arriving at the end of January / early February, this could be just the thing for those after a small, thin and light laptop that can also turn its hand to gaming whenever you need it. 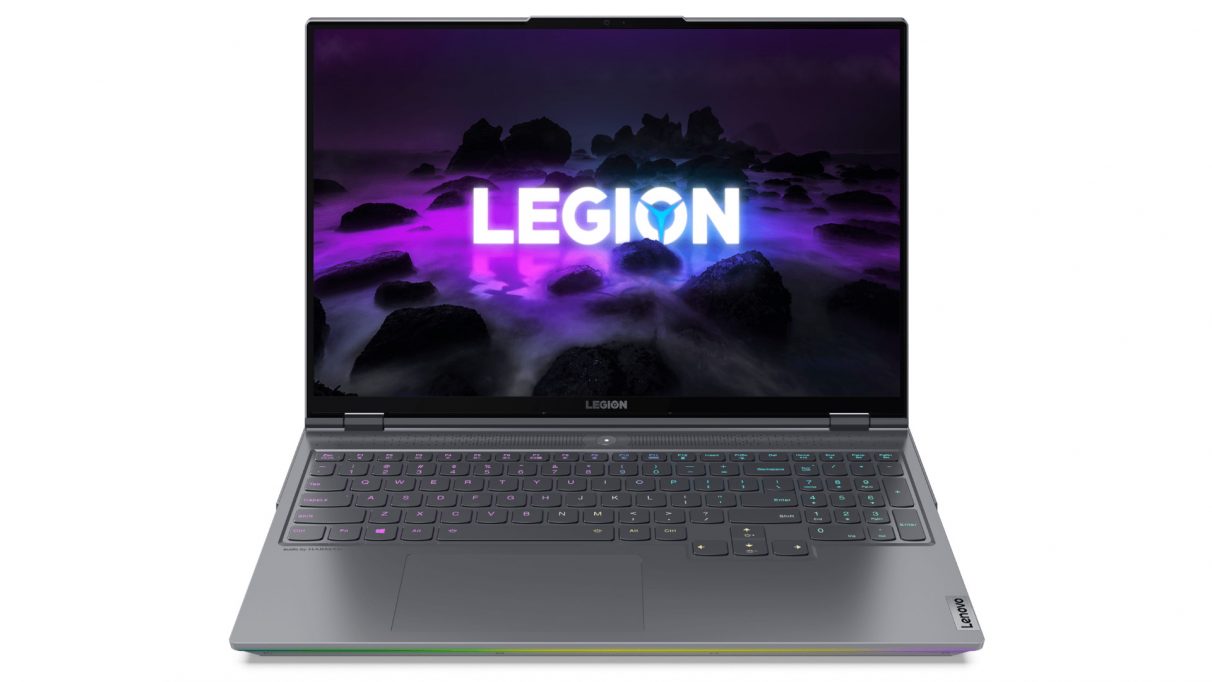 I loved the Lenovo Legion 7i last year, and this year's model looks set to be even better. Lenovo's flagship gaming laptop has an all-new display for 2021, stretching to 16in with a new 16:10 aspect ratio and 2560x1600 resolution. That's a huge improvement on 2020's 15in 1080p panel, and it also comes with full Nvidia G-Sync support for its 165Hz refresh rate. And if that wasn't enough, there will also be a VESA DisplayHDR 400 certified option as well.

As for specs, the Legion 7 will come with a range of Nvidia RTX 30 series GPUs, and on the processing front you'll be able to choose from one of AMD's newly-announced Ryzen 5000 mobile CPUs. Add in Lenovo's new one-click overclocking Intelligent Mode feature and upgraded Coldfront 3.0 tech for superior cooling, and the Lenovo Legion 7 looks like it will be going from strength to strength when it launches in March later this year. 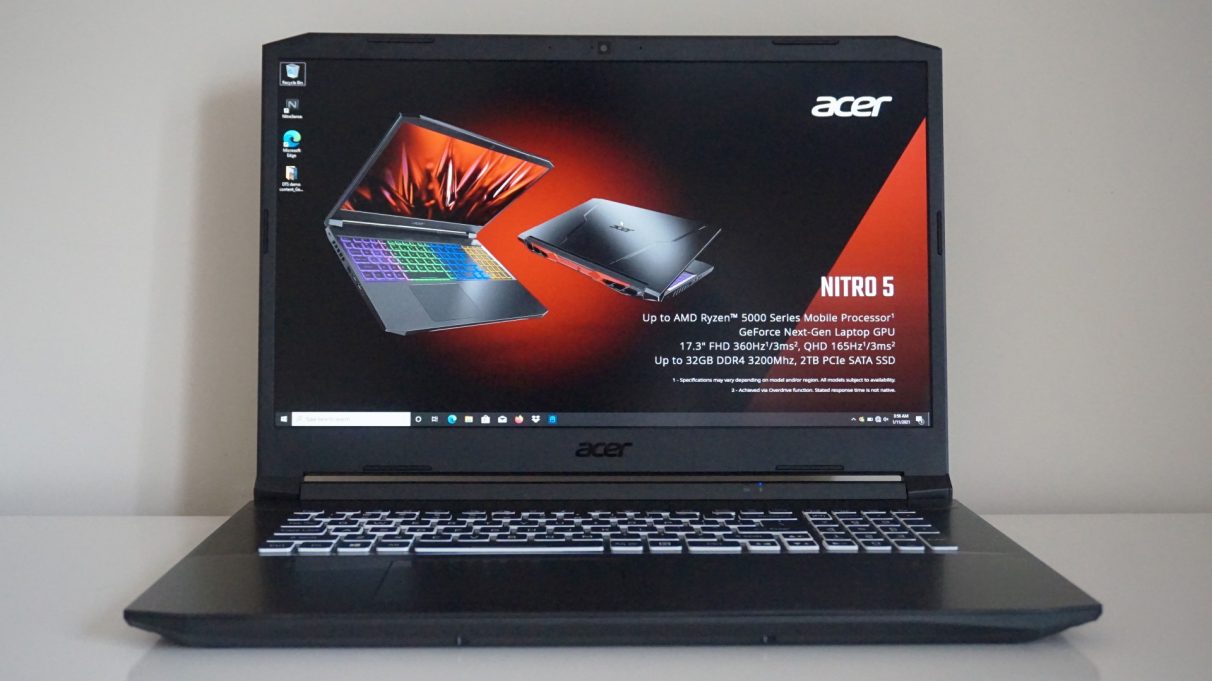 Acer's entry-level Nitro 5 gaming laptop is getting a lot more powerful for 2021, with its top spec housing AMD's just-announced Ryzen 9 5900 HX CPU and Nvidia's RTX 3080 laptop graphics chip. It will also be available with a variety of display options, including 15.6in and 17.3in models with 1080p and 1440p resolutions. The former 1080p screens will offer up to a 360Hz refresh rate, while the higher resolution 1440p displays will max out at 165Hz.

Speaking of displays, these new panels should be a lot more accurate than older Nitro 5 models we've tested in the past, as Acer are claiming they'll be able to hit 100% of the sRGB colour gamut. Indeed, during a very brief hands on with one of the new Nitro 5 models earlier this week, the display looked much improved with rich, vibrant colours and good viewing angles and I'm looking forward to giving it a proper test once full review samples are available in February. 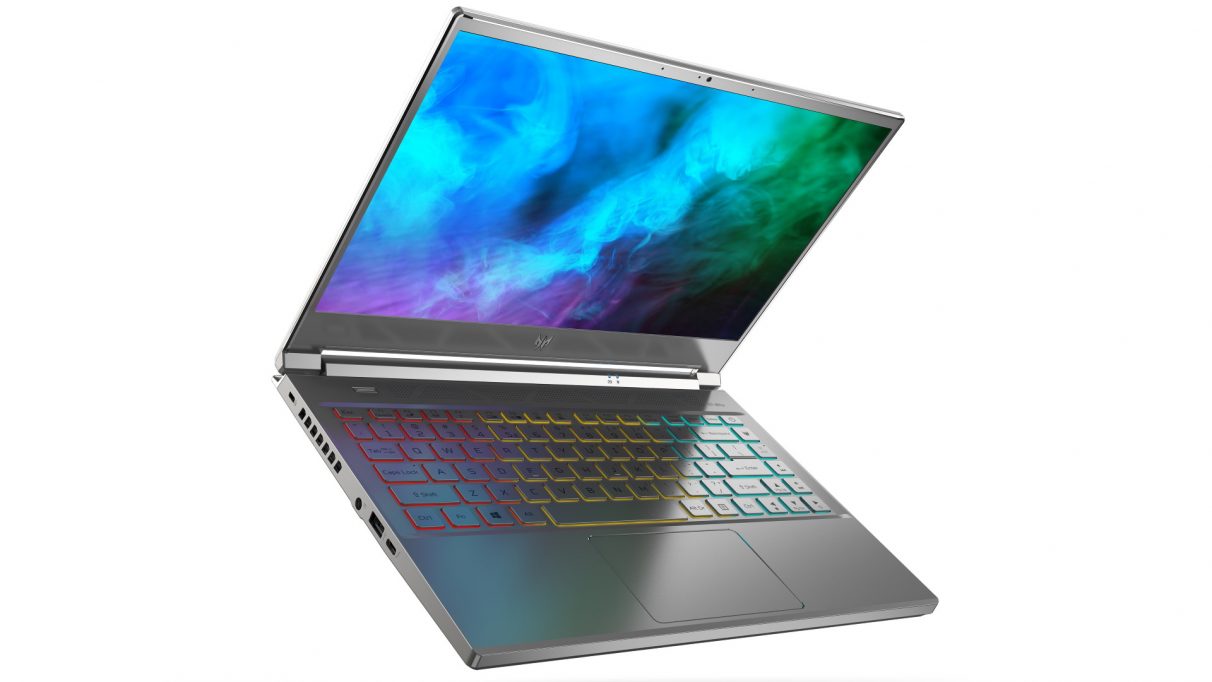 A more consumer-focused version of Acer's entry-level Triton gaming laptop, the Triton 300 SE has a subtler design than its non-SE counterpart, including a smaller, 14in display, a 10-hour battery life and a built-in fingerprint reader. It will come with one of Nvidia's RTX 3060 mobile GPUs, an 11th Gen Intel Core i7 Tiger Lake CPU and a 1TB PCIe SSD. 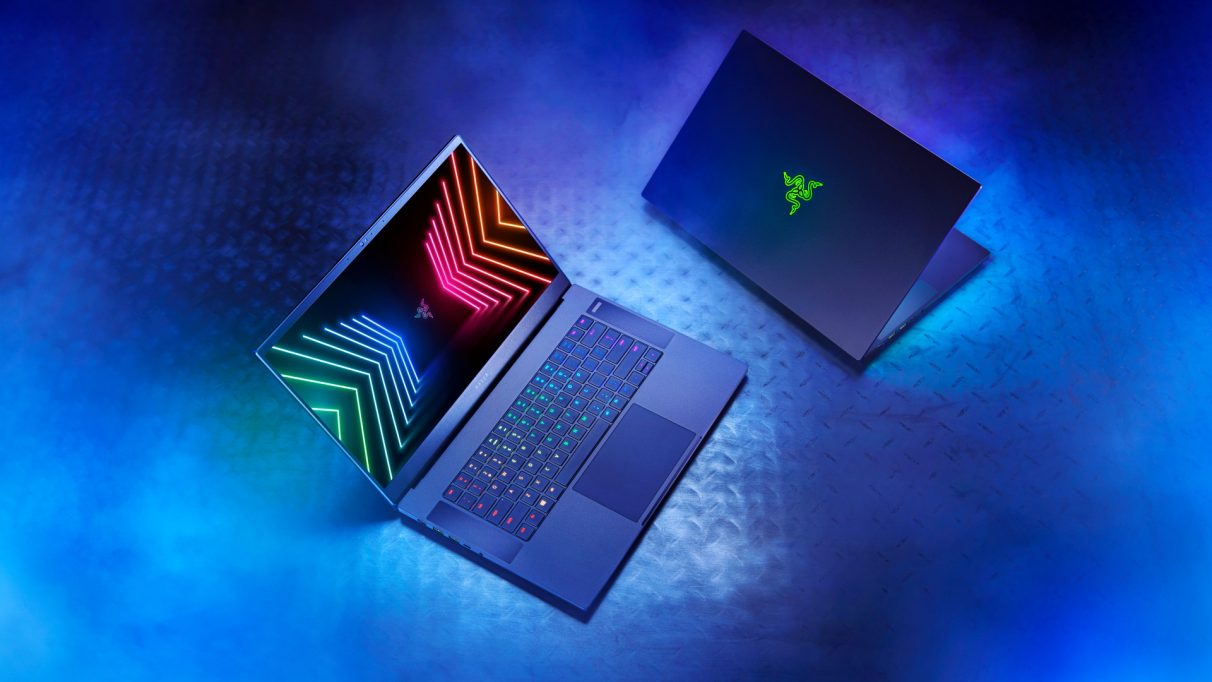 The Razer Blade 15 is another laptop getting an RTX 30-series refresh this year. With models ranging all the way up to the top 16GB RTX 3080 graphics chip, the Early 2021 version will be quite a bit more powerful than previous Blade 15 laptops, despite still coming with a choice of Intel's Core i7-10750H processor (or Core i7-10875H if you go for the Blade 15 Advanced).

However, while the CPU hasn't changed, the Early 2021 Blade 15 will come with a bunch of new screen options, including 144Hz and 360Hz 1080p displays as well as 165Hz and 240Hz 1440p panels (the latter of which will also have full-fat G-Sync support, making it the first G-Sync laptop display Razer have put out in several years). The Blade 15 Advanced will also retain its 4K OLED touch option, too.

All models will have an open M.2 slot for expanding storage at a later date, too, and Razer have also kept the Blade 15's dimensions exactly the same as older models, too. This means it's still the smallest 15.6in RTX gaming laptop you'll be able to buy this year, measuring just 16.9mm thick. The Razer Blade 15 and Blade 15 Advanced will both go on sale on January 26th, and are available to pre-order from the Razer Store right now. 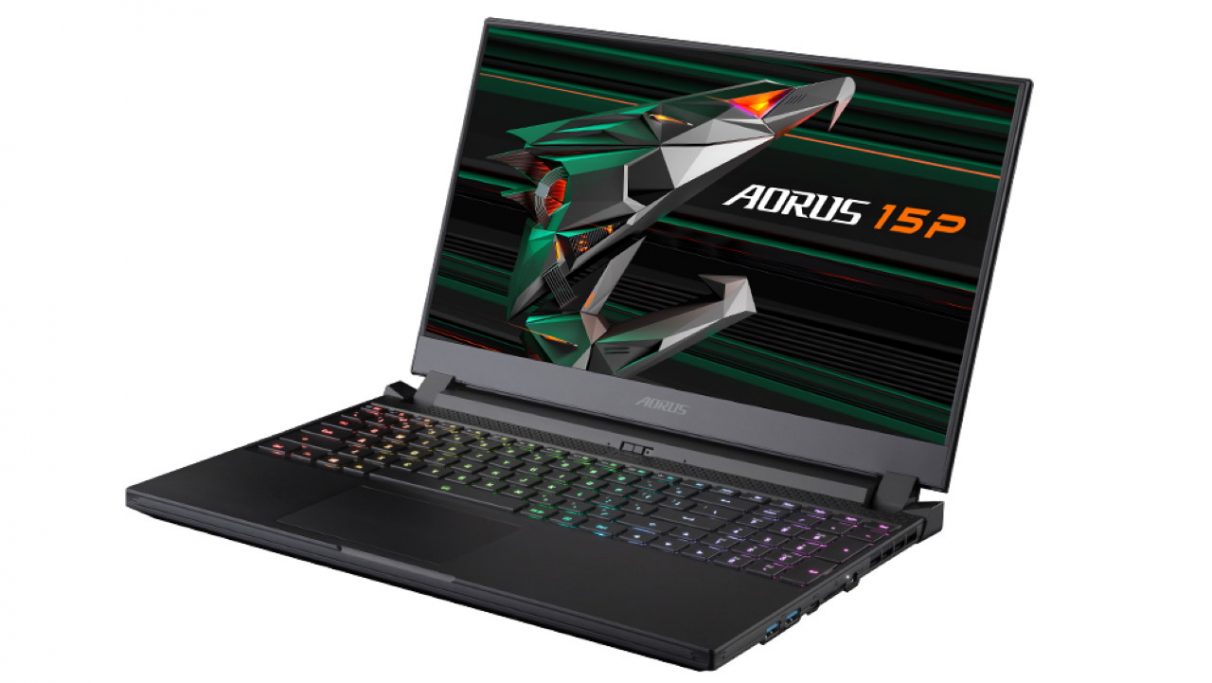 Gigabyte claims the Aorus 15P is 10 degrees cooler than other thin and light gaming laptops, allowing you to squeeze more performance out of their latest ultraportable. It's something I'm keen to try out in person once review samples are available, as good thermals not only make for a more powerful gaming laptop, but (usually) a quieter one, too.

It's no slouch in the specs department, either, with up to an RTX 3070 available to help power its 240Hz, 1920x1080 display. It's an enticing package, even though its only got one of Intel's older Core i7-10870H processors inside it rather than one of their newer 11th Gen chips. Still, I'm intrigued to see how it compares to its rivals, and it's definitely one to watch for fans of slim gaming machines. 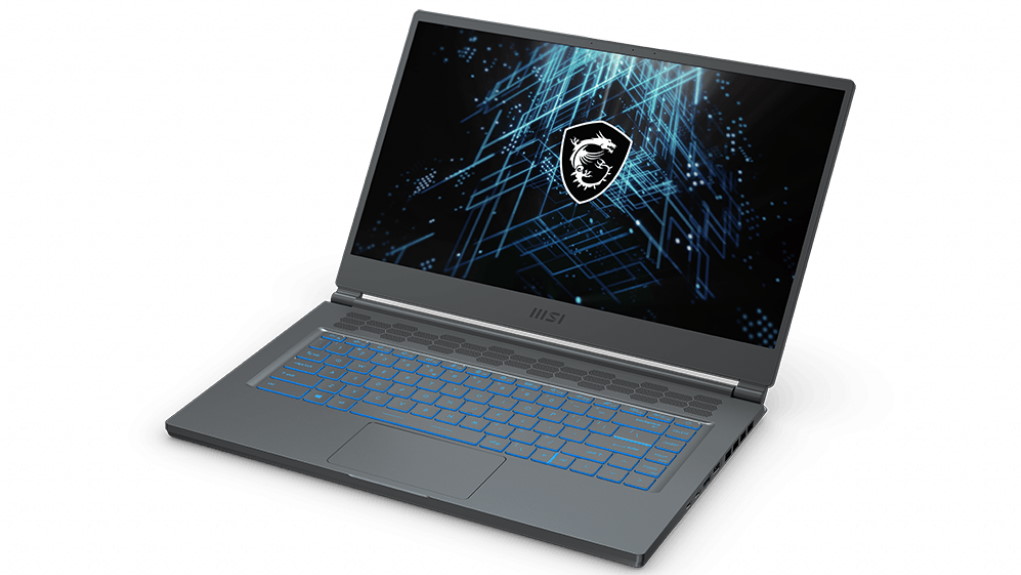 Speaking of ultraportable gaming laptops, MSI's Stealth 15M is another beautiful notebook coming in 2021, measuring just 16.1mm thick and weighing 1.7kg. That's pretty astonishing for a gaming laptop, and one that simply wouldn't have been possible a couple of years ago. Its top spec will be limited to an RTX 3060, mind, but you still get one of Intel's 11th Gen Core i7 H35 CPUs inside it and a 144Hz IPS display.

Even better, it has a sleek, understated design that doesn't get bogged down in flashy LEDs or go-faster gaming stripes. It's also going to be available in both grey and white chassis, too, giving you a welcome bit of choice in the laptop's look. 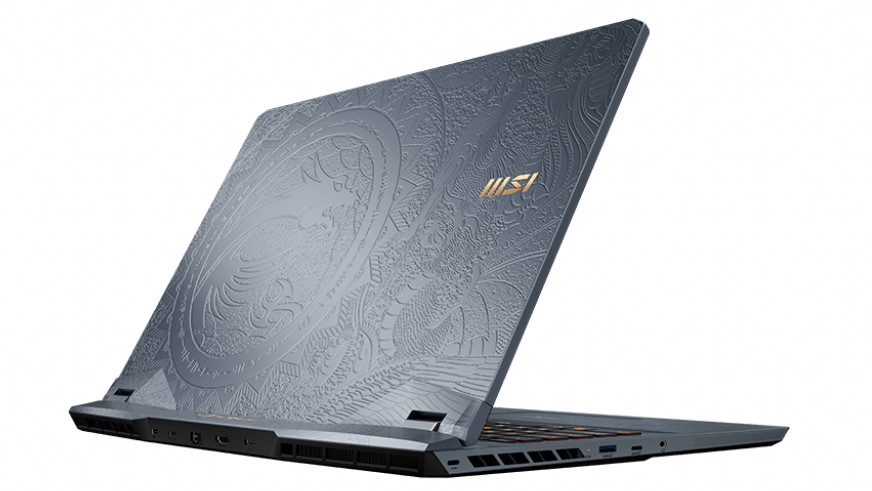 If you do prefer flashy LEDs and go-faster gaming stripes, though, then look no further than MSI's rather absurd (yet strangely beautiful) Dragon Edition of their flagship GE76 Raider laptop. Inspired by the mythic dragon Tiamat, there are 11 divine beasts engraved on this 300Hz, Core i9 / RTX 3080 laptop, and I can't decide if it's peak gamer or actually quite attractive. In any case, it certainly makes a change from the swathe of black, white and grey laptops populating the rest of this list.