Alright folks, Stardew Valley just wasn't pleasant enough. The animals are cute, the spouses are cute, and even the monsters are cute. But you do have to kill the monsters and that is decidedly not cute. You've got to whack them with increasingly edgy swords as you dive deeper into the mines beneath the mountain. Who are you to come into the monsters' territory and smack them with a Lava Katana, hmm? A Stardew Valley modder is doing away with all the violence beneath pastoral Pelican Town with Pacifist Valley.

Creator Aedenthorn says that Pacifist Valley "replaces all weapons with hearts, feathers, stuffed animals, flowers, and other non-violent love devices." I'll just come right out and say that "love devices" is an interesting choice of words but I won't be the judge of what you do with the monsters after you've hugged them. We do like smooching monsters round these parts, after all. 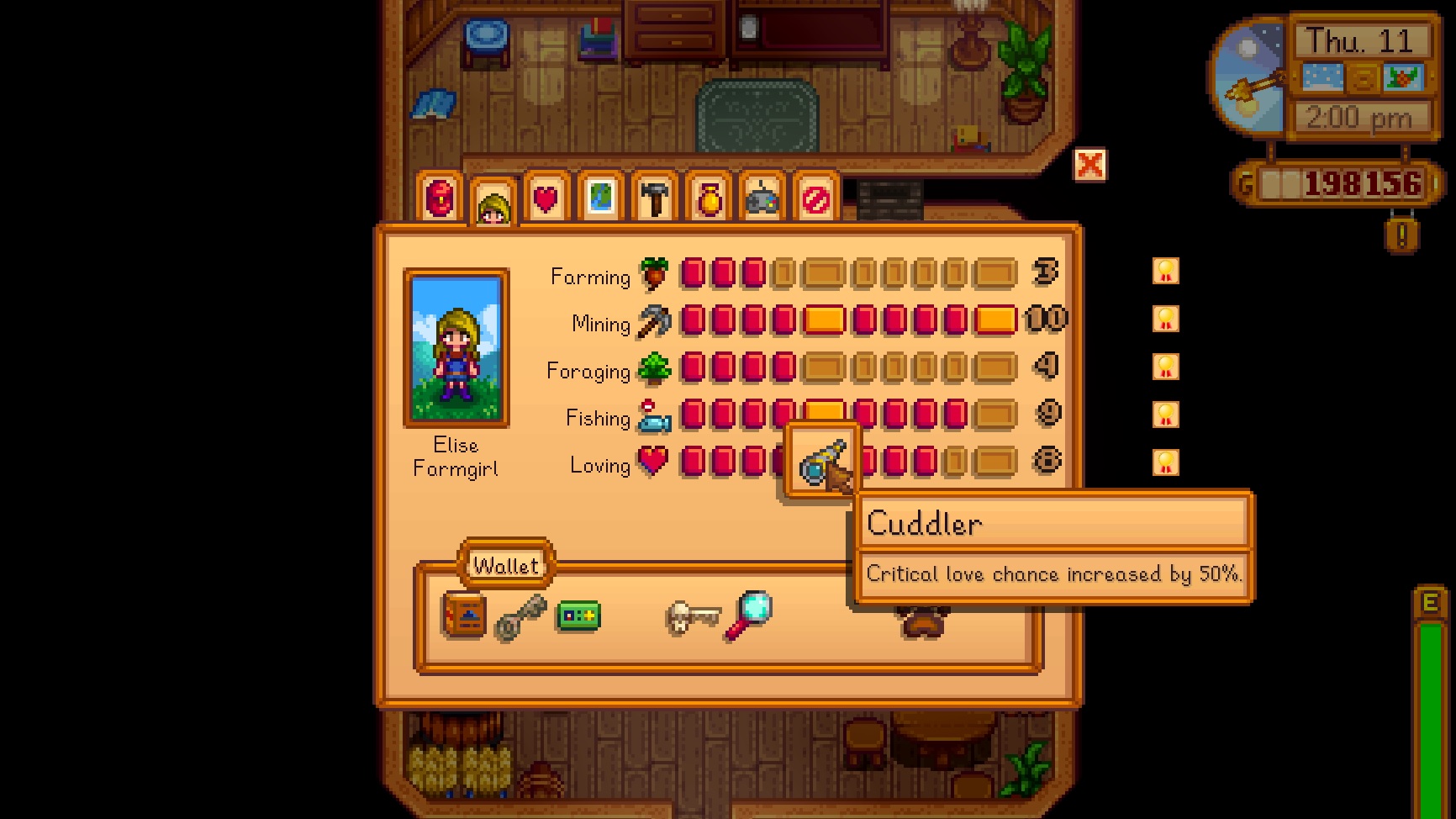 Instead of dying, cave monsters now fall in love with your farmer. They do still drop loot and I refuse to examine what slime balls are if not the corpse of a slime. Attacking animations have been replaced with kissing and heart emotes. Aedenthorn even replaced text in game that referenced killing monsters where they were able. Quests and item descriptions have been altered to reflect the new cuddling, though they say it's possible they missed some. "I'm happy to patch it if you find residual deadliness in the game," they say. Pacifist Valley doesn't yet remove killing fish and ocean life (via fishing) the creator says, but it sounds like that may be planned for the future as well.

Stardew Valley was already one of the most peaceful gardening games according to Brendan. Stick Stardew in a glass of vinegar because now it's even more peaceful than before. I'm ending on the egg meme reference because it's a farming game and that makes it okay.