Having just re-read all 51 of this year's Flare Paths carefully noting when and where words like 'lovely', 'compelling' and 'clever' were used, I now know for sure what my Favourite Games of 2017 are. It turns out that although Tank Warfare: Tunisia is 55% 'lovelier' than Steel Division: Normandy, Diesel Railcar Simulator is 113% 'nicer' than Train Sim World, and Venti Mesi is 33% 'more memorable' than Way of Defector, none of them have quite enough 'magic', 'charm' and 'personality' to displace the three evening-eaters described below. 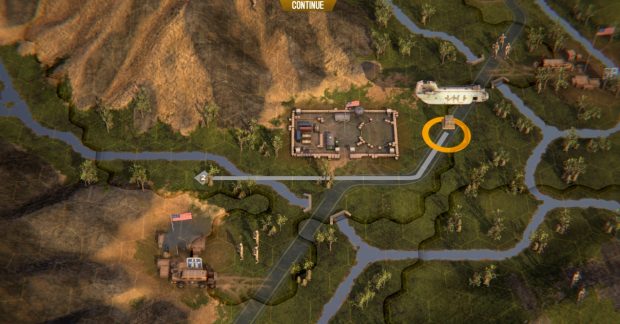 Yes, it took Every Single Soldier far too long to track down all the crash sources. Yes, the campaign system might have been more imaginative, the AI an IQ point or two sharper. But when a wargame engages with its unusual theme as energetically and intelligently as A11 does, when it generates unique thought-provoking tactical situations with such gratifying regularity, it's easy to overlook a few imperfections.

A project that could so easily have turned into a half-hearted Vietnam '65 re-skin, is - thanks to new twists like 'handover' and periodic elections - significantly richer and more subtle than its predecessor. I love the fact that I don't spend sessions simply pushing units from map edge to map edge, or doggedly attempting to prevent the enemy from doing so. The FOB-focussed A11 appeals to that part of my brain that enjoys traditional expansionist RTSs and transport management games. Its heavy emphasis on logistics and profound respect for harsh terrain mean there are times when the landscape feels almost as hostile as the AK-47-toting wraiths who delight in booby-trapping arteries of communication and sabotaging village improvements. For the last forty years the computer wargame industry has routinely cast us as dogs fighting other dogs. Johan Nagel casts us as a dog with a nasty flea infestation, and the change of emphasis cures genre jaundice remarkably effectively. 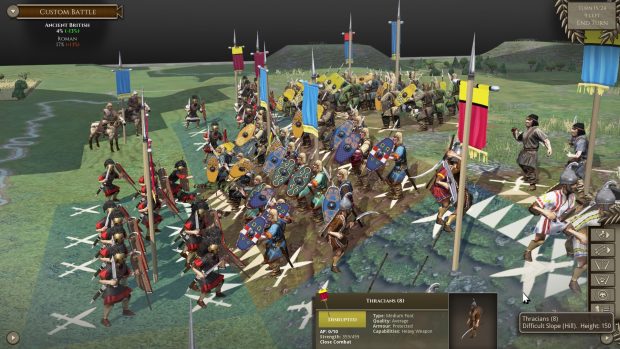 There's a very fine line in wargame design between enough-chaos-to-evoke-a-real-battlefield-and-to-cushion-defeats and so-much-chaos-that-the-player-ends-up-feeling-bewildered-and-sidelined. For me, of the two ancient battle sims released by Slitherine this year, only one, this one, got its Chaos Line positioning close to right.

FoG II scraps have a lovely habit of going to the wire. Thanks to capable AI and zesty play mechanisms such as auto-pursuits (sometimes you lose control of over-enthusiastic units) and cowardice cascades (routing warriors can infect their neighbours) you can't take anything for granted. When battlefield log jams break, they often break quickly and unpredictably. However sizeable your numerical advantage or sound your tactics, there will be times when you find yourself hastily redrafting plans and reorienting troops.

Thematic prejudices together with Byzantine's decision to abandon Total War-style campaigns in favour of scenario sequences (admittedly, scenario sequences enlivened with strategic decisions and random maps) mean I prefer FoGII's forerunners, Sengoku Jidai and Pike & Shot Campaigns. Should an add-on ever arrive reintroducing cellular strat-maps and giving hillforts like the one I drive past every day, the ludological attention they deserve, that situation might alter. 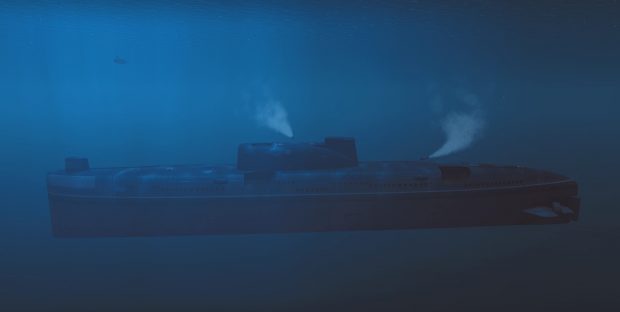 A reminder of a time long long ago when simulations came with lively campaigns studded with unscripted encounters, and controls that could be summarised on a cassette tape inlay, the brilliant Cold Waters somehow manages to be realistic, replayable and ravishing.

By ignoring interiors and instrumentation yet modelling a wealth of tactical and environmental subtleties, development minnows Killerfish provide a Cold War sub sim that's both approachable and authoritative. It's a game I can return to after weeks away without needing to re-read a manual or pore over a multi-page key list, yet it's also a game in which canny use of thermal layers, noisemakers, knuckles and decoy torps makes me feel like Marko Alexandrovich Ramius from time to time.

The campaign engine is proof sim devs don't need to invest millions or strain CPUs in order to provide their customers with interesting, freelance-friendly mission environments. A less committed/scrupulous dev would have capitalised on CW's early success by rushing out some extra campaigns or subs as DLC. Commendable Killerfish have instead concentrated on enriching and improving via free updates.