If you click on a link and make a purchase we may receive a small commission. Read our editorial policy.
Premature Evaluation is the weekly column in which Steve Hogarty explores the wilds of early access. This week, he's buffing rails and spit-shining platforms in Train Station Renovation.

Videogames. Wow, what a concept. Crackling portals to distant lands. Doorways inviting us to impossible places and barbarous shores. Psychedelic imaginationariums fuelled by the limitless potential of raw human creativity. Time machines folding history in on itself, over and over, until the beginning cannot be told apart from the end, like the infinite buttery layers of a viennoiserie pastry formed of unleavened millennia and, christ, I don’t know, chronoflour? Anyway, I think you get the point, this week I have been playing the delightfully mundane metro sanitation sim Train Station Renovation.

We can only presume Train Station Renovation is launching through early access owing to the enormous complexity of the project, which primarily involves the player – a kind of janitorial Fat Controller – picking up thousands of cigarette butts and tin cans and placing them in a big skip out back. Without the vital feedback of a small army of beta testers, who knows what kind of bugs and glitches might creep in? Maybe the protagonist would accidentally feed shards of broken glass into their own mouths instead of into the mixed recycling bin where they belong. Perhaps a bin bag might, of its own volition, explode into a blinding prism of pure light before hovering upwards and out through the station’s ceiling.

That being said, as far as early access titles go Train Station Renovation is a refreshingly complete simulation of scrubbing down mucky platforms. You’ve got a series of rotten stations in varying states of disrepair, as well as a full armoury of mops, sponges, brooms and paint rollers to play with. The stations you’re charged with tidying are a diverse bunch, incorporating far flung backwater stops, grimy inner city stations and modern, multi-platform transport hubs. And boy are they grotty, each and every one of them littered with an increasingly familiar looking selection of yellowing newspapers and cracked toilet bowls, rusted doors and smashed up benches. 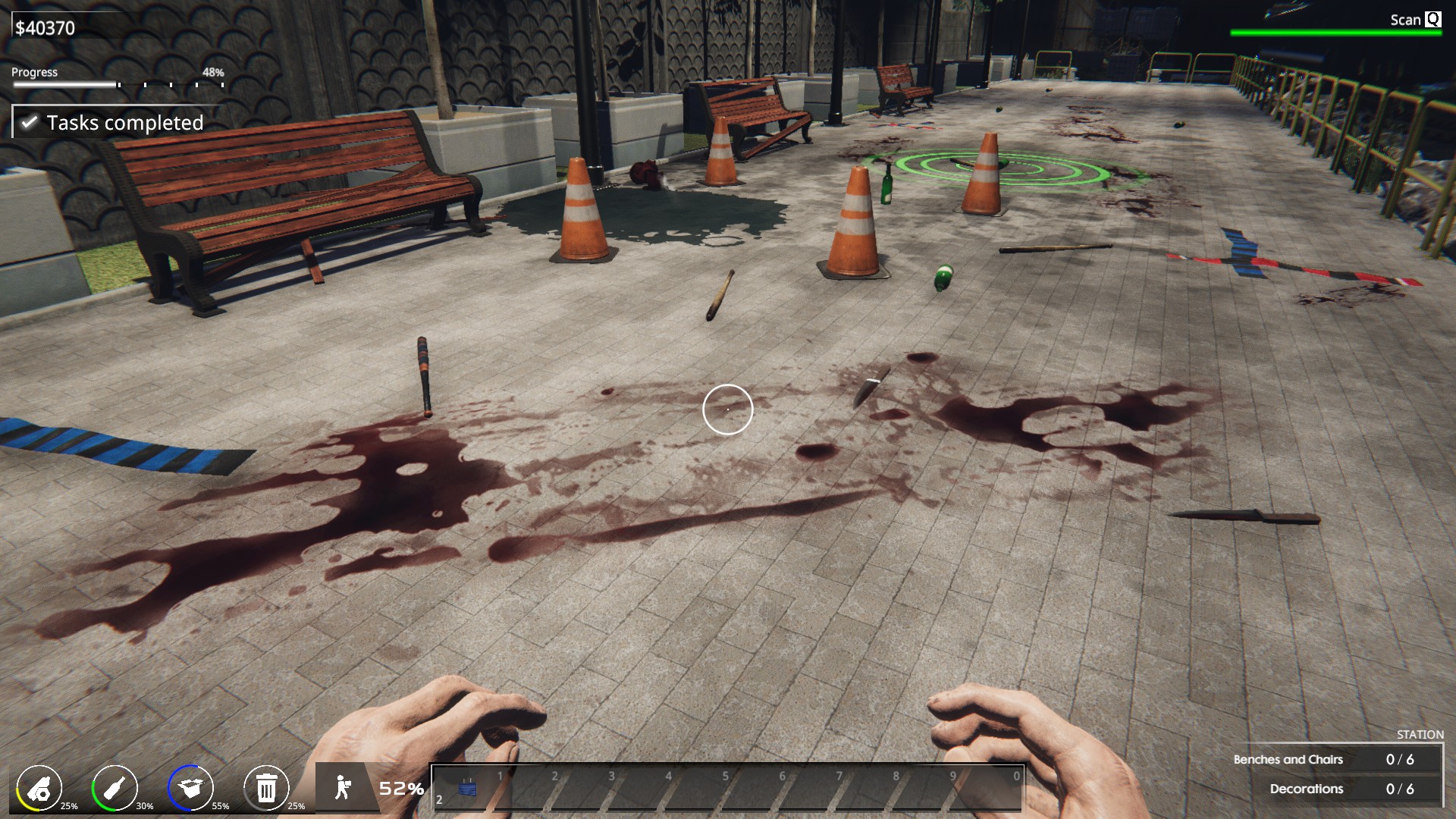 None of these renovation games could ever be considered fun. What they are is something else entirely, like wilfully conjuring an itch just so you can scratch it, or gently removing your own overheating brain from your skull for a couple of hours – just popping it out on to a cold plate so that you can give it a light massage, before carefully placing it back into its cozy bone house again. Anything this tedious must be therapeutic. Train Station Renovation presents you with a to-do list of easily achievable tasks, handing you the big red button that releases the same dose of dopamine you get from having done your actual laundry or emptied your real dishwasher.

So, each station looks like a tornado has ripped through it, strewn about with detritus that comes in three sizes. The smaller items – bottles, toilet brushes, coke cans – can be placed into your pockets until they’re full, the medium sized items must be individually manhandled into bins, while the biggest stuff has to be dismantled with a crowbar. The garbage you accumulate is separated into three flavours of recycling or general waste, with cash rewards for using the correct bins. But that’s not all. We’ve barely scratched the surface. 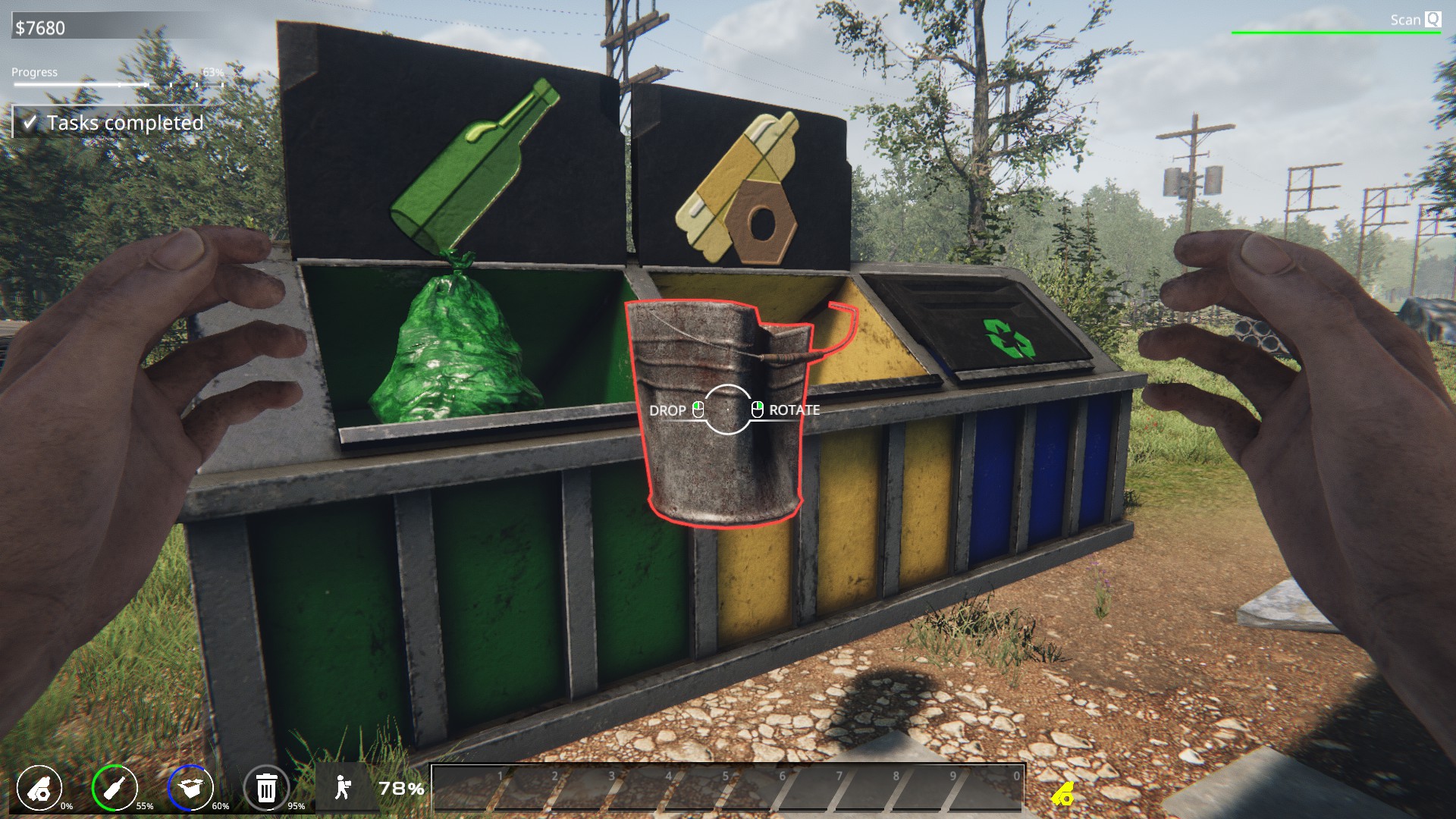 There are patches of dirt which must be swept clean. Benign graffiti is to be scrubbed from brick walls, holes can be filled in and any scuffs should be painted over. Rusted rails can be sandpapered until they gleam like new. Damaged electronics are magically wrenched back into service. Jobs are open-ended, and how you approach them says something about how your own brain is organised. Do you clear the entire station of small litter first, before moving onto bulkier furniture? Or do you take things one room at a time? If you’ve ever experienced the unalloyed thrill of moving house and thought, if only this feeling could be distilled into a game that’s also sort of to do with trains, Train Station Renovation might just be for you.

The developer's ability to infuse each station with environmental storytelling is admirable. One station fell into disrepair when the old station master passed away, and amid the debris of a decade of abandonment and neglect you can find a framed photograph of a happily married couple in their prime. You press Q to highlight every piece of trash in your immediate vicinity, and this is not one of them. In another level, some football hooligans have turned a station upside-down in their revelry, stabbing one another on the platforms, erecting a satanic shrine in the toilets, and even going so far as to stencil the logo of their favourite football club, Football Club, on the concourse wall. 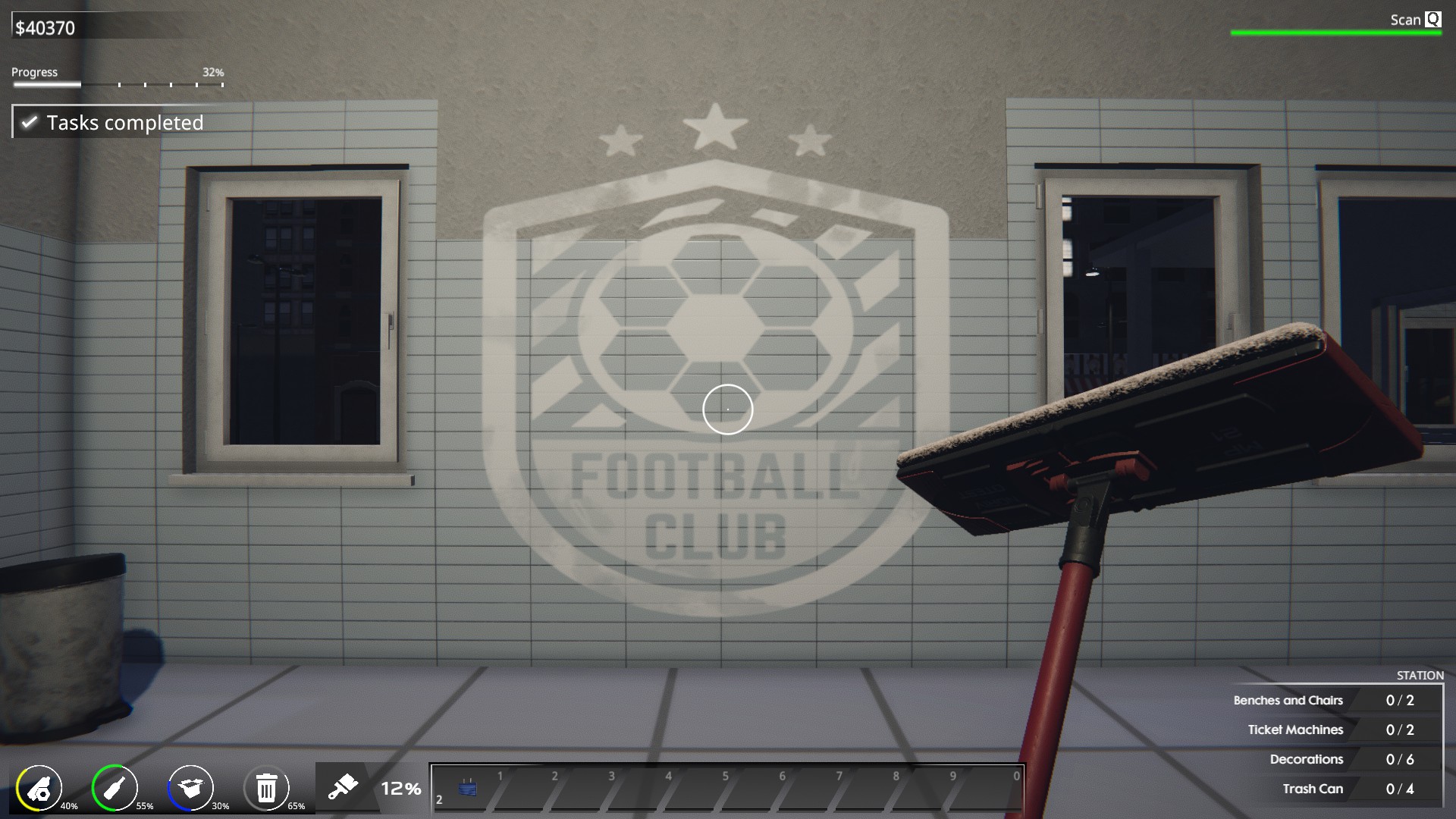 That same level has you repairing and cleaning the station’s train wash – that’s a big car wash for trains – which the hooligans attacked with knives for reasons no amount of environmental storytelling can properly explain. Cleaning the very machine that’s here to take your job feels a lot like digging your own grave, or being forced to give the person replacing you a bubble bath before you’re fired.

At least, that’s how you’ll interpret it as soon as your stimulus-starved brain begins to reach for some meaning amid the repetitive cycle of tidying and litter picking. Stare at a blank wall long enough and you’ll start to see all sorts of crazy things. Train Station Renovation is a tempting trapdoor for a tired mind, a long slide into the comforting numbness of routine, a tiny sample of the void served to you on a cocktail stick by a smiling lady at the end of a supermarket aisle. It’s also got a fully functioning model train set, which is nice. 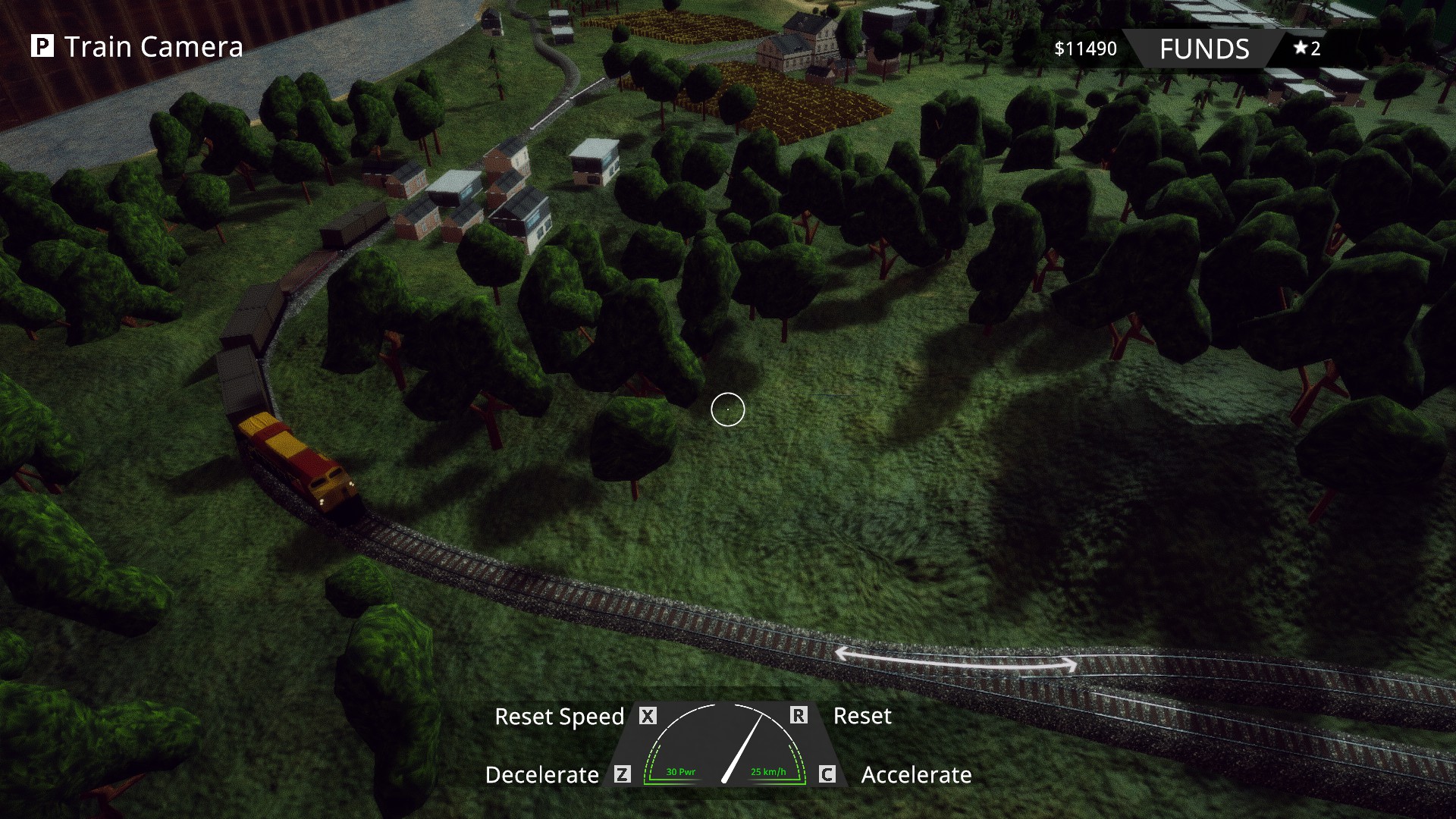