As my quest for a comfy pair of headphones continues, today I'm looking at one of Turtle Beach's entry-level headsets, the Recon 150. Available for just £40, the Recon 150 is about as straightforward as gaming headsets come. Unburdened by fancy surround sound features or active noise-cancelling technology, this is very much a plug in and play kind of headset that doesn't require any additional setup, driver downloads or any of that other annoying faff that comes with buying further up the headphone food chain.

Indeed, its regular old 3.5mm jack connection means it's just as good a fit for PC gaming as it is for consoles, giving it a welcome bit of flexibility after Sennheiser's rather fussy work around on its more upmarket GSP 350. There's nothing wrong with wanting a bit more from your headphones, of course, but if you're looking to keep costs down or are simply after something simple for the kids, the Recon 150 is definitely a contender for our best budget headet.

Admittedly, I was sceptical about how comfortable it would be when I first put it on, as the foam padding round the faux leather headband isn't nearly as plush or cushioned as other headsets I've used in the past - the GSP 350 included. There's a little bit of give when you give it a squeeze, but otherwise it's pretty solid to the touch. To my surprise, however, it was actually a lot less irritating than the GSP 350, and I got on with it a lot better. There was still a noticeable weight on the top of my skull after a while, but at least this pair didn’t give me a lingering headache in the process – an admirable feat given its large, chunky frame. 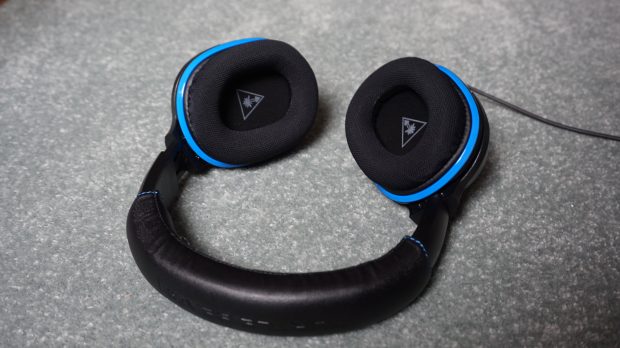 It may not be the most elegant or subtle pair of headphones ever made, but those large 50mm ear cups are worth the extra girth. It's a shame Turtle Beach didn't use the same leatherette wrapping here, as its plain black fabric covers don't feel nearly as luxurious on your jawline as Sennheiser's GSP 350. Still, when they provide plenty of room for your ears and sit snuggly on your face, what does that really matter? I certainly didn't mourn the choice of material once I'd put them on, and I almost forgot they were there when I started gaming.

The Recon 150's closed-back design also did a great job of blocking out general background noise – I wrote part of this review on a train, and the monotonous chug of the carriage barely registered with me, allowing me to focus on my music and enjoy the sweet ivory tinklings of Final Fantasy XV's Piano Collection much more than my trusty SoundMagic E80 earbuds.

And that's the great thing about the Recon 150. Unlike Sennheiser's GSP 350, this is a pair of headphones you can use for both games and general music listening without feeling like you're making some kind of compromise. Whether you're in the middle of a heated Doom fight or listening to your favourite rock song, the bass has plenty of presence without feeling like one long, echoing boom in the background, and the choral Latin warblings of Final Fantasy XV's soundtrack proper were still perfectly clear and audible above the rest of its busy orchestral score. Deeper piano notes were perhaps a bit plodding and lacking in nuance at times, like someone hadn't quite let go of the damper pedal, but given the price I'm more than happy to let that one slide. 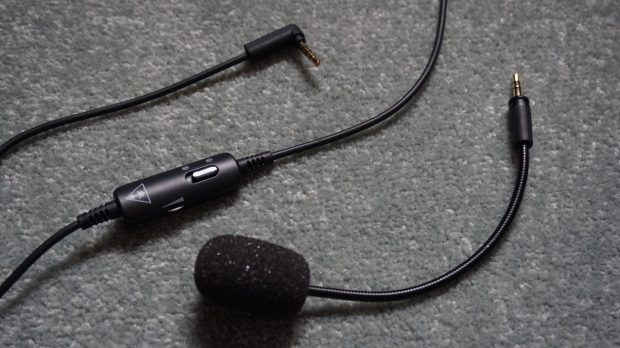 What I'm less willing to overlook, however, is the rather pants microphone. Not only does its bulky foam cover look a bit budget, but the resulting chat was quiet, muffled and sometimes missed altogether. It's a world away from the crisp, clear audio from Sennheiser's GSP 350, and moving its bendable arm closer to my mouth did little to make things better. Its only redeeming feature, in fact, is that it's fully detachable, meaning you can plonk it straight in the bin and forget it ever existed.

Of course, I appreciate this might be a bit of a deal breaker for some people, especially if you're after something to use for multiplayer chat. If that’s the case, then the Recon 150 definitely isn’t for you. But if having a microphone isn’t important to you, then the Recon 150 comes highly recommended - especially when some retailers are selling it for as little as £40 (down from its usual price of £50). The sound quality is much higher than I was expecting for the price, and its easy setup and general versatility just make it great to use for whatever you’re listening to. With Black Friday around the corner, too, this is definitely one headset you’ll want to keep an eye on.