A while ago I commented on the hugeness, and powerful auras, of the women in Assassin's Creed Odyssey's godly DLC. And their hugeness was only a step up from Kassandra, already a big hench mercenary girl about a foot taller than any other human that dared to look at her.

Then they brought out Assassin's Creed Valhalla, a Viking epic starring Eivor, who is a blonde giantess with massive boots who kicks over tables and won't put up with literally anything from literally anybody. And now, there is Immortals Fenyx Rising, which sprung its massive god women on me without any warning. I am starting to suspect that the Anvil engine became sentient in the last few years and if you don't put a certain number of giant ladies in your game it just stops working and sulks - in which case the Tom Clancy series is about to get really awesome.

(This article has some spoilers for Immortals, but they are mostly visual).

So, in Immortals you (Fenyx, comparatively tiny protagonist) have to save four Ancient Greek gods by returning their essential essences, these having been stolen by the big bad Typhon. Without their essences they are sort of joke versions of themselves: Ares, the god of war, is a cowardly rooster; Athena the wise is an impatient stampy child. When you give them back, they return to their true form. Their true form is large.

The gods explode into magical hugeness in a cool cutscene where they basically spin themselves out of the raw firmament of the universe. Constellations glimmer in the folds of their robes. They are not made of star stuff, they are made of actual stars, and those stars are permanently done with your shit. 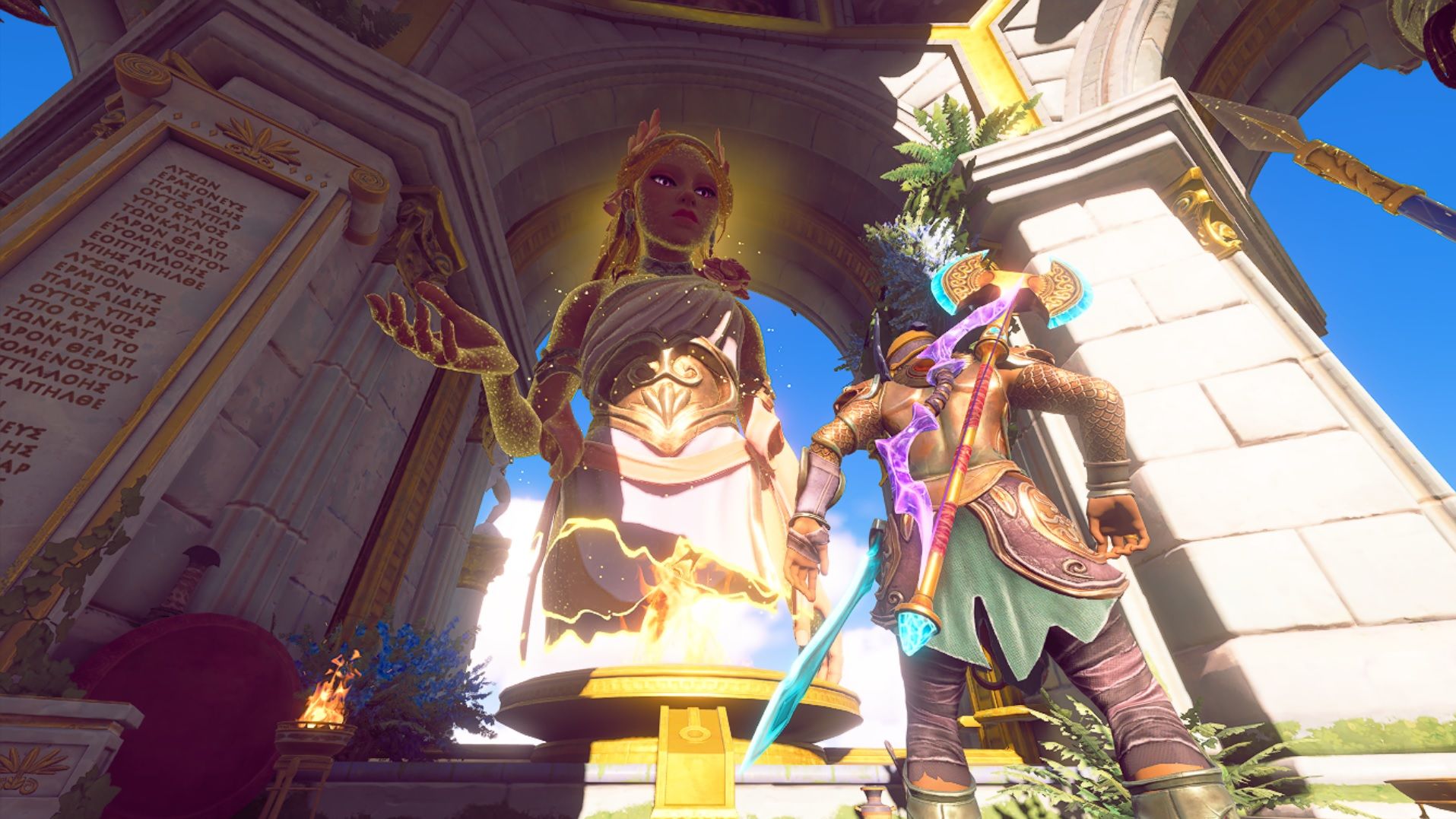 Although they do actually like Fenyx. Every time they re-remember you exist and look at you with a sort of benevolent disinterest - like your mum's single mate from uni who only drank clear vodka, that time she pretended to be impressed by the drawing your two-year-old self did of her before going to find more ice - it is writ large across their faces. Athena and Aphrodite are properly massive, and also have hands like shovels and arms that basically reach their knees, so Michael Phelps can go fuck himself.

They're also right next to each other in your temple, so whenever Ares starts talking at them, even though they don't really like each other that much, they look like they're exchanging expressions of preternatural boredom. 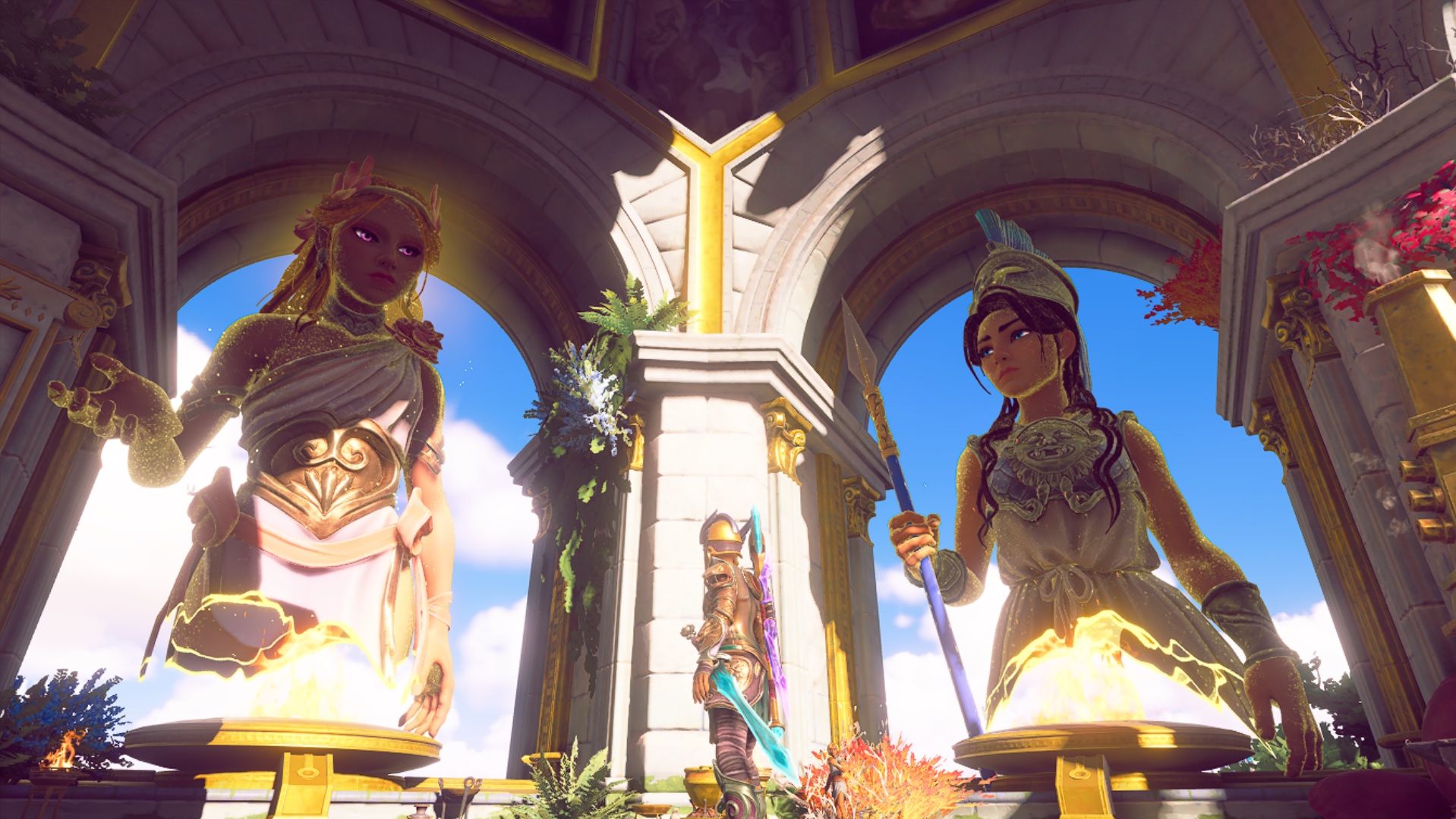 I actually like Ares, he's funny and he goes on an emotional journey, and his best friend is a bear. But you can't tell me that this image: 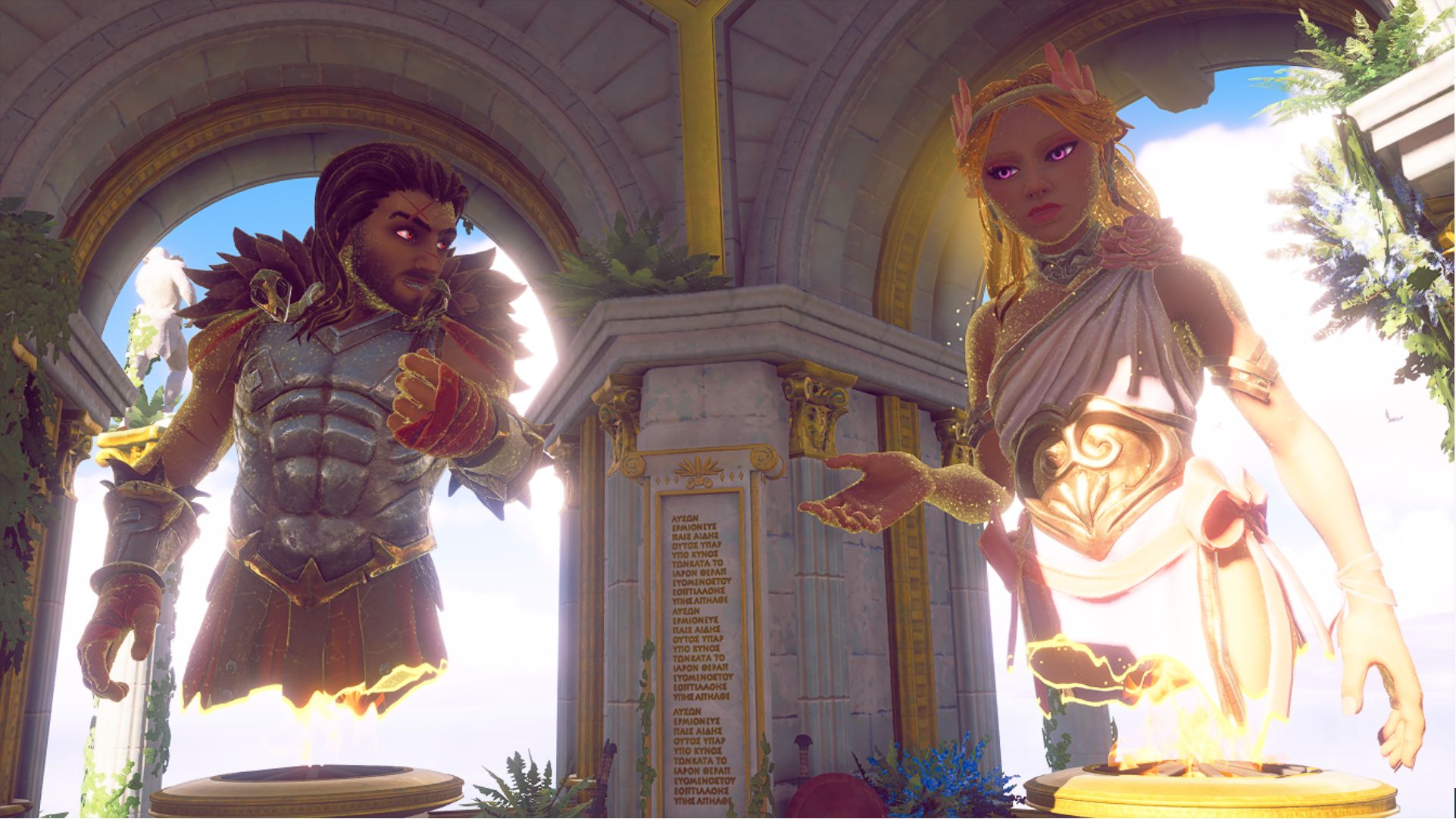 Does not have the exact same vibe as this image:

Actually, since Odyssey and Immortals are made by the same Ubi studio, I'm just going to call shenanigans here. There is definitely someone, or possibly more than one person, on the team doing this very much on purpose.

During the AOB section of at least one important meeting for every single game, someone does a shoddy hand-over-mouth bit of ventriloquism: "'Uh yeah how about we make the women 20 feet tall with massive hands and expressions indicating they are already unimpressed by you?' Oh wow I don't know who said that but that sounds like a great idea, we should do that."