There's a coat in a window on my way home and I want it. Or possibly a blazer, I was in a hurry. It is purple and the shop had put a sign saying "VAMPIRE" over it, but I don't need to use the cover of the worst holiday as an excuse. Which reminds me: when did we agree that Halloween was an entire bloody month and not a single day?

The Pleasuredome does not recognise this false season (also I coincidentally booked half of next week off anyway). It is time, then, for a resolutely pumpkin-free Unknown Pleasures, our regular selection of the very best games on Steam that aren't getting their due.

Styling it out this week: Bickering nobles, micro planets, and robotic angels.

I never got into Devil Daggers. Score chasing games seldom appeal to me, and wave survival type things, well, I tend to play them a few times and then after a good run, get bored.

Arsenal Demon is an exception. You're a cyber demon or something. There's quite a bit of flavour text about the weapons and enemies but whatever, it's not important. You're stuck in an arena with your choice of dual-wielded weapons, into which pour robotic angels to kill you. I've no idea if there's a win condition or if it simply ramps up to impossible levels Pac-Man style, but I've had a fun enough time anyway. Movement is fast and free - you can dash, run along walls, and climb quickly (but slightly awkwardly) up vertical surfaces, of which there are many, as its randomly generated arenas are narrow but very tall. Jump pads are more like orbital launchpads, and hanging out in the heights offers a brief respite, and an opportunity to show off by blasting angels as you fall back past them. I particularly like that the "angels" are freaky biblical types like ophanim rather than just pretty white people.

My one significant complaint is that I seem to get instantly killed with no idea what hit me far too often. I'm not sure if I'm missing something or it needs a rethink of audio cues.

A twin stick shooter set on a series of tiny planets that rotate as you run around them. It's surprising what a positive difference this makes to the usual arena setup, but Battle Planet does a lot of other things right too. Movement is smooth, with nice animations, and everything looks great. Shooting and jetting around feel pretty solid (even if the guns start out a tad underpowered), and I like the way the planets have natural obstacles, which sometimes hinder but mostly offer precious moments of protection. Bounce pads are dotted around and launch you over walls for a quick escape too, and you get a jetpack for covering pools of lava, or in the Spy's case teleporting through walls.

Each planet lasts for a few rounds, during which you'll fend off waves of aliens and bounty hunters, often defusing bombs by circling near them for what feels like minutes but can't be more than about 10 seconds. This is really frantic and difficult, especially when they start sweeping lasers about as well. They're there to blow up the planet you're on, see, and should any explode they'll gouge huge deadly holes in the planet. When you reach and see off a boss, a shop offers a chance to buy upgrades before moving on. These are largely incremental improvements rather than transformative perks, but forunately the core of the dodging and blasting are entertaining enough that this isn't a problem.

The little drone that constantly follows you around causes more trouble than it prevents, as having a little thing moving nearby frequently triggers my ... well, trigger finger.

Running a dungeon and protecting it from invading do-gooder dorks is one of those game concepts that I fear will never quite work the way a lot of us dream of it. Legend of Keepers is a fun spin on it that kind of flips the usual dungeon crawling script. You play as the boss monster of a dungeon that adventure-jerks will periodically try their luck in. When that happens a short series of rooms are generated, and you must choose which of your traps and monsters to deploy in the limited slots in each room.

The three invaders will run through each room in turn. Trap rooms hit them with damage to health or morale, and inflict penalties or sometimes rile up your next group of minions. Fight rooms give you three spots to place your limited stock of monsters in, spell rooms let you fire off one of your spells, and should they survive everything you throw at them, you'll finish off any survivors yourself. Each enemy and monster has two attacks, varying levels of health, morale, and resistance or vulnerabity to different flavours of attack. A druid might be inured to poisons, so your skeleton archer will be a poor choice. But your yeti hits hard with ice attacks, which the druid's weak to, so he might go up front while the ghostie lads sit at the back and demoralise everyone.

Between attacks, you're given one to three events to choose from each week. These might be buying new traps and monsters from merchants, hiring an engineer to upgrade a trap, or even sending a monster on a training course or seeing off a health inspector. It's a cute demo and really easy to get into. I'm optimistic to see what comes next.

This had already won a place when I realised that the vanquished Adam Smith covered an earlier version of it last year. Well, tough. Rise To Ruins is a super little colony building game with some survival and tower defence elements (there are several game modes to reduce or remove these entirely, plus custom game options). Strictly speaking it's a god game, a subgenre we don't see all too much of lately, but this only really manifests when you gather influence to carry out a few actions, and fire off emergency spells.

You pick one of a few dozen preset spots on the map, either somewhere idyllic or horrible depending on your mood, and get to chopping wood, picking crystals, farming, and building. The usual stuff really, but it's got a nice mood. Your little colonists take a bit of babysitting at first, and won't harvest where instructed without storage or building projects. You can pick up and move them directly, and control who works where to some extent. It's not as hands off as Dwarf Fortress nor as labyrinthine, but you will need to get in there and micromanage a little.

At night, the monsters come, and you'd better have a few towers up and running to see them off.

Feedback when things are going wrong is a bit mixed - buildings with too few workers will warn you unobtrusively, but it can be unclear why your villagers are refusing to do particular things. Mostly it comes down to storage issues, and most things worked about how I expected. It's kinda cute, and I hope to make some more time for it.

The King is dead. Good. Except wait, the people who assassinated him are attacking us. A council of five influential figures is formed, one of whom (you) is the regent. There's a general, merchant, alchemist, diplomat (sort of), and a useless tit. The tit is officially a sort of bishopy figure who represents an external church but he also flounced out of the council in tears because I opted to let some people die rather than lose our entire army in a pointless effort to save them. I did not choose the tit.

Whichever character you choose, your job will be to lead the kingdom, deciding on three courses of action each day. Part of that will mean trying to keep the other four council members on board, and each has strong opinions so you'll alienate at least one of them before long. I don't think you can have them killed either. Bah.

The other part will be deciding how, or whether, to respond to up to three dilemmas or suggestions each day. Do you implement a draft of under 18s to boost army numbers? Should you expend soldiers to defend the granary in a key city? Should you support farmers as they attempt piratical raids of the enemy? An important inlet is threatened, but traditionally demilitarised. Should you occupy it, or invite the cowardly neutral Church people to hold a festival there so your enemy can't attack it?

The decisions aren't particularly difficult, as the mood is quite light. But balancing the various needs and resources at your disposal is an interesting challenge, especially when you don't know what the enemy will do next. The writing is middling but does the job, and once out of the intro, conversations are short anyway. The exaggerated characters worked better than I'd expect - as the merchant I impressed the ruthless alchemist and alienated the general, but the latter was amenable to my persuasion. It'll probably cost me, but I ignored the tit completely since he seemed like the sort who'd be trapped in his room if I had a servant sprinkle some ants outside the door every now and then. Proper waste of space, that one. Perhaps you'll feel different.

Pick of the week: A solid selection this week for sure, but Arsenal Demon takes it home. 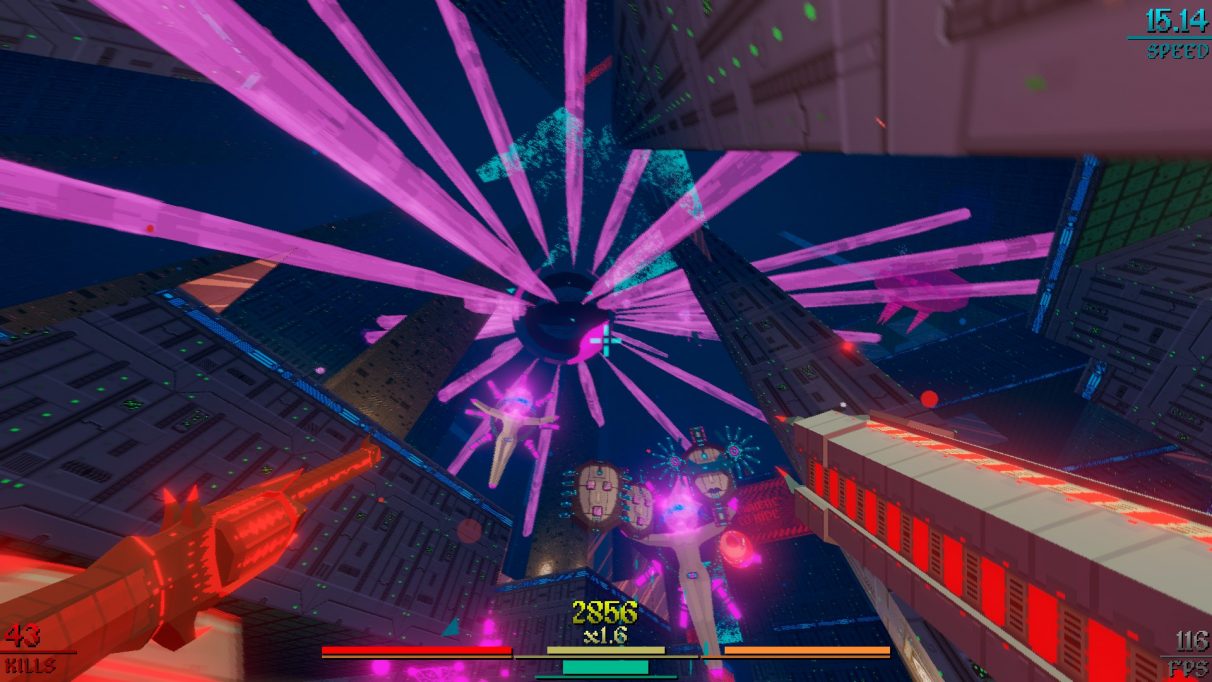 The shooting does it, really. Each weapon feels great, and I don't even know how but I was nailing some excellent reflex shots with the revolver almost immediately. The music is great and its two main game modes ought to please a lot of people. The first starts you with limited jumping skills and only revolvers, and upgrades and unlocks everything the longer you survive (cumulatively - short runs contribute). The second gives you everything from the start. Want a shotgun and railgun? Do it. Sword and rocket launcher? Done. Revolver and laser? Sure, why not.