A team? Abilities? Economy? Pfft, get rid of it. Valorant's second Act is dropping this week, bringing with it a brand new free-for-all deathmatch game mode in which you'll have to rely on your shooting prowess alone to guide you to Victory. It's coming to Riot Game's guns n' wizards FPS on Wednesday 5th August. The day before that, however, Valorant Act 2 launches, with a new battle pass and some funky cosmetics for you to buy and unlock.

So, this deathmatch mode will be released in beta for now, so Riot can work out all the kinks before it becomes a permanent fixture. Each match will have 10 players facing off against each other with unlimited money with which to purchase any weapons their hearts desire. You'll also all start off with armour, but abilities are a no-go.

There'll be no sneaky business in these matches, either, because a radar sweeps the map every five seconds revealing everyone's location. If you get murdered, you'll be respawned after three seconds, and if you do a murder, your dead enemy will drop a health pack that restores you to full. The winner is the player that gets to 30 kills, or just has the most kills after six minutes.

A pretty straightforward deathmatch situation, then. I kinda don't like that they're doing away with abilities, though. I get that it puts everyone on a more level playing field, but without them you might as well be playing Counter-Strike: GO.

Arriving the day before this game mode, however, is Valorant's Act 2 battle pass, which will set you back 1000 VP (that's £10/$10 in real-life money) and, as always, you'll be able to earn a bunch of cosmetics by levelling it up. 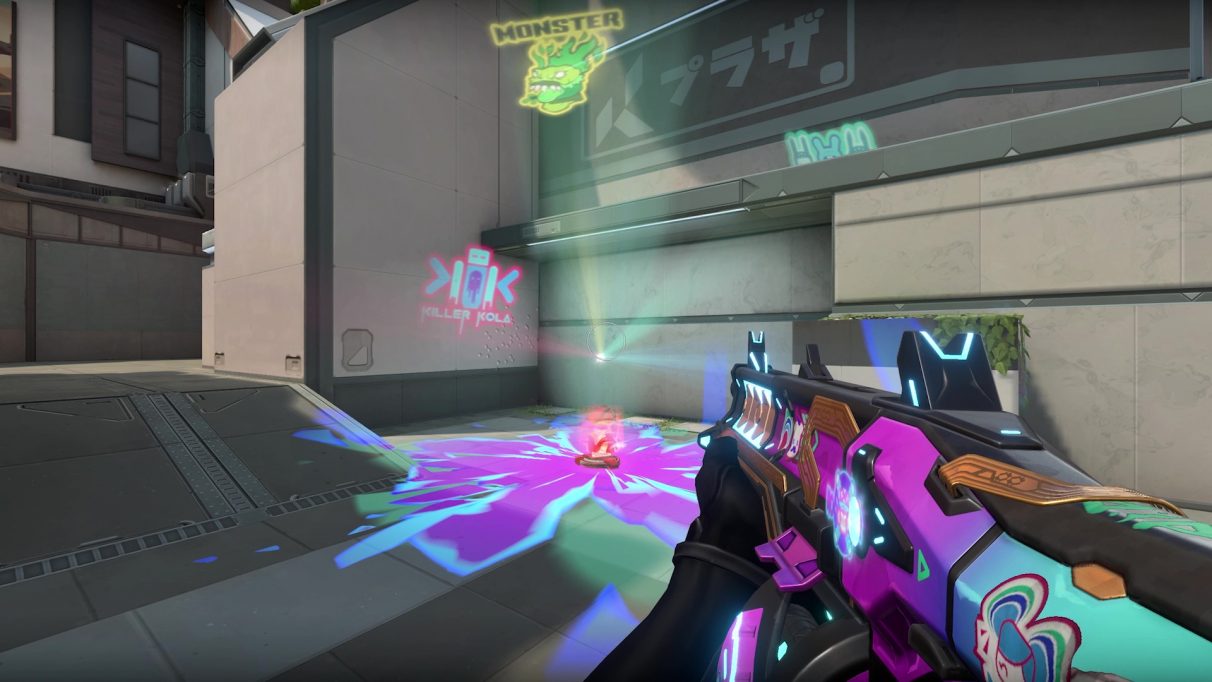 What's slightly more exciting (and much more costly, however) is the new weapon skins you can buy. That's one of them just above. They're part of the funky Glitchpop set, which has skins for the Frenzy, Judge, Bulldog, Odin and knife. The full bundle is priced at 8700 VP, which, according to our Valorant points guide, will cost you at least a whopping £80/$85. You can buy them separately, of course, but dang, they're still pricey.

As well as all that, Valorant is getting a brand new agent tomorrow, too. Her name is Killjoy and she has many adorable robots.

Now could be a good time to brush-up on our Valorant weapons guide, seeing as they're all you'll have to protect yourself with in those deathmatches.