The Orange Box is one of the strangest quirks of gaming history. Never before had a developer released three brand new, entirely separate games at the same time in one package, and thanks to digital distribution, it probably won't happen again. What makes The Orange Box truly remarkable though is that it contained two of the most-anticipated games of 2007, and what proved to be the biggest surprise hit of the year (some might argue ever).

The company was Valve and the games were Half Life 2: Episode 2, Team Fortress 2 and Portal.

Bundling them together under the unassuming title of 'The Orange Box' would seem like commercial suicide to most marketing execs and yet it proved the complete opposite. How did this happen? What possessed Valve to put these three games, each of which would have been a huge release in its own right, in the same package? (and let's not forget that Half Life 2 and Episode One were included as well).

As it turns out, The Orange Box began as an experiment in work psychology. “In our prior history, we'd never shipped more than a single product at a time, and we'd never shipped multiple platforms simultaneously,” says Valve's Robin Walker. This sequential approach to releases was down to the company's atypical structure, where designers are encouraged to create and work on the projects of their choosing, rather than being told what to do. 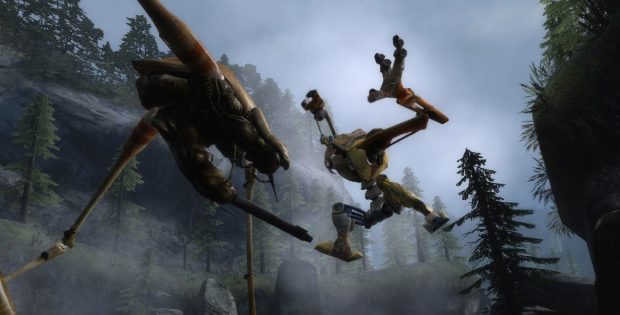 A side-effect of this is that designers can also drift between projects, which would happen frequently when a specific project neared completion. “As a project started to head for the finish line, it created such a gravitational pull that it would pull people from other projects to help.” Walker explains. “Not because they had to, but because they could see that an hour or two spent on an almost finished game was significantly more efficient than the same time spent on a game that was still a long way from shipping.”

After Episode One, however, the situation changed. Episode Two, Team Fortress 2 and Portal all hit their final phases at roughly the same time. This meant the organic pulling-together that occurred previously couldn't happen in the same way, as Valve collectively couldn't decide what order the games should be released in. In theory the company could have assigned people to specific tasks, but that's not the Valve way. “So we started to think about the idea of putting them all in the same box. If we did that, and succeeded in making everyone think of their job as shipping all three titles in a singular shipping event, then maybe they'd apply their efforts across them as a whole.”

Once this idea was out in the open, Valve realised that it might solve other issues the company had been struggling with. Although the games included in the Orange Box are very different, they complemented each other well, each offering something that the other two games lacked. “TF2 had no singleplayer component, and Episode 2 had no multiplayer. Portal seemed like an entirely new kind of creature, one that challenged us to figure out how to convince players to buy a comedy wrapped inside a first-person puzzle game,” Walker points out. Pricing was also an issue. “[Not one of the three seemed] like a title that we should charge full price for, and our experience with Episode One taught us that retailers had real difficulty selling a low priced box containing a new, high quality game,” Walker says. “With each of these issues being helped by the existence of the other two games in the same box, it seemed like a thing worth trying.” 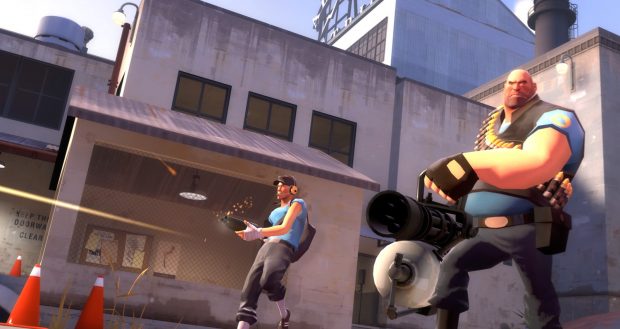 As a way of distributing the workload evenly across the three projects without nailing people to their desks, The Orange Box was successful. “If one of the games was going to make our release target, but the other two weren't, it didn't make much sense for people to continue working on that first one. So it worked as a method of getting us all to think of ourselves as part of a single large team,” Walker says. But it also affected the process of shipping a game in several unanticipated ways. For starters, it confused the hell out of the retailers, as there was a general assumption that one new box meant one new game, whereas multipacks were reserved for “bundles of old titles or bundles of low quality ones.”

“Another obvious one was what to call the damn thing,” Walker adds. “It was really hard to find a title that made it clear what was in it, and that it wasn't a shoddy bundle. We even toyed with the idea of having three different boxes, each including all the games, but named after just one of them.” In the end, Valve went with the Orange Box because of the colour's prior association with Half Life, having been the colour of the box of the very first game, and also the colour of Gordon Freeman's HEV suit.

Even advertising the Orange Box proved more difficult than Valve had anticipated. This was particularly the case with TV advertising, where Valve needed to advertise one box containing three completely different games, all in half a minute. “Designing a TV spot that tries to explain what a video game is and why someone should buy it is a tricky problem when you only have thirty seconds, and you start by immediately losing some of it to entry/exit title screens. I don't think we'd realized how much harder it was going to be when we tried to use those same thirty seconds for three new titles instead of one.” 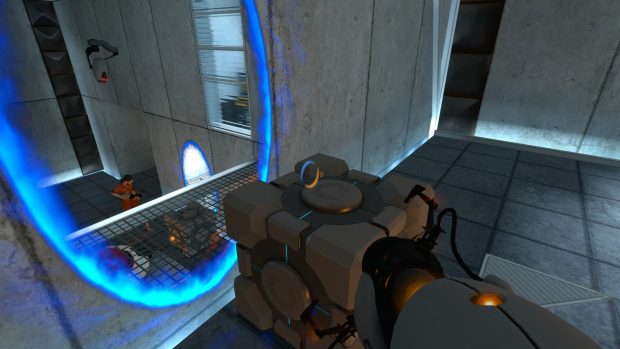 Despite these unanticipated issues (which Walker emphasises were “entirely self-adopted pain”), Valve never doubted the core appeal of the box itself. “We felt like each game would satisfy such a different desire on the part of players that they would all be able to find their place and audience,” Walker explains. What Valve didn't anticipate was just how diverse that appeal would prove to be. Many assumptions made both by Valve and third parties about how the Orange Box would sell, who would buy it and who would play which games, proved to be wildly inaccurate.

“We'd been showing Portal to publishers and distributors in the months leading up to shipping, and we were often told that we'd made a game that would really appeal just to female gamers, or to people who weren't into shooters, and so on. They felt we should target specific products to specific demographics, and that combining them into one was going to torpedo the whole affair,” Walker says. “After we shipped, we saw people of all kinds playing everything in the Orange Box, and they didn't break down along those kinds of simplistic lines. Portal players spent a lot of their other gaming time in Counter-Strike, and TF2 attracted players from all across the gaming spectrum. Both attracted many new players in the process.”

The complex way the Orange Box was bought and played opened Valve's eyes to the nuances of the market, and acted as a catalyst for how it operates Steam today, collecting statistics on who plays what games for how long, and tailoring the service around those stats. “The Orange Box applied pressure on the communication channels through which we talked to players about our games, and the distribution channels through which they bought them. That pressure highlighted the ways in which those channels were affecting the kinds of decisions and games we could make,” Walker says.

Although The Orange Box was created as a problem-solving experiment, putting it together was nevertheless tough on Valve, as it meant dealing with a lot of unique problems that weren't strictly to do with game design. “The process itself had the pretty immediate effect of us saying 'yeesh, let's not try and do that again!' Walker says. “But overall I think it ended up furthering our belief that we needed to get to a place where we could do whatever we wanted with our games, without having to worry about factors other than what players would think.” Indeed, perhaps the most significant legacy of the Orange Box is it helped Valve envision a future in which there are no boxes at all.