Nerves are a little frayed across the visual novel development scene, as Valve have apparently issued warnings to several developers and publishers, threatening to remove their games from Steam unless they are edited to remove 'pornographic content'.

The largest confirmation of this comes from prolific VN publisher MangaGamer, who have received several of these notices, including one for Kindred Spirits on the Roof, a game which they explicitly ran past Valve representatives to confirm that it was not pornographic in nature. Valve agreed - at the time - and allowed it to go on sale back in February of 2016. The deal, as Darth Vader would say, has been altered.

This just seems to be the latest round in Valve's never-ending game of Calvinball regarding what exactly constitutes 'adult content' on Steam. Their guidelines for what is actually allowed for sale on Steam are notoriously vague, and no public-facing definition of what is allowed has been published, merely that it should not be 'pornographic'. Apparently they are free to change their internal definition of pornography without telling anyone, which is fully within their legal rights, but also an enormous pain in the arse for anyone wanting to release a game even vaguely near the limits of what is supposedly allowed. 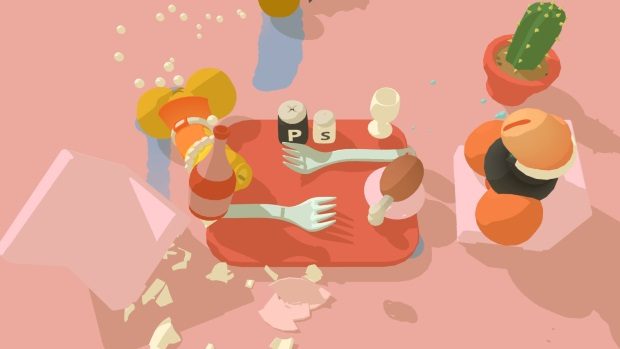 In MangaGamer's statement, they claim to be entirely in the dark as to what has changed regarding Valve's official policy on adult content. While they've been ordered to make changes to conform to these new rules, as far as anyone can tell, there are no new rules. It's a surreal Catch 22 situation, and even a quick glance at Steam reveals that these rules are very inconsistently applied. Horror-sex-comedy You Must Be 18 or Older To Enter was suddenly pulled from Steam, as a good example of how capriciously Valve seem to handle the issue.

While some of the games to receive warnings are more overtly sexual, such as the notorious adult puzzle game Huniepop, Kindred Spirits on the Roof appears positively tame in comparison to a vast number of AAA titles. The sex scenes in The Witcher 3 are vastly more rude, and while you could argue that the likes of Genital Jousting is comedic rather than pornographic, you can't deny that it's a wildly explicit game about giant thrusting cocks plunging into orifices. Somehow, I doubt that will be receiving a written warning from Valve, either.

Other visual novel authors are understandably quite nervous right now. Christine Love - author of steamy bondage adventure Ladykiller in a Bind - says that she hasn't received a warning from Valve, but if they're even halfway consistent about their policies here, especially looking at how comparatively innocuous Kindred Spirits is, then it's more of a matter of 'when' than 'if'. Many visual novel creators and publishers are already looking for alternative storefronts, and with so much confusion surrounding what is even valid to sell on Steam it's hard to blame them.