When HTC first unveiled their flash new Vive Cosmos headset back in January, we were presented with a smooth, baby-faced design that had a bright blue sheen and glow-in-the-dark controllers. Now, however, it would appear the Vive Cosmos has entered the pock-marked teenage phase of its run up to release, as HTC posted a new video on Facebook this week showing off its new, updated face plate look. And man alive are there a lot of little triangles.

During the thirteen-odd minute video, we see a "fresh off the line" Cosmos spin round and round on a glass head, showing what the headset looks like in the flesh from all angles. Personally, I'm a bit sad they decided to ditch the smooth lines and curves seen in the original reveal video, but at least it does now look a bit more like an HTC VR headset than something that might have been cooked up by the folks over at Oculus.

Still, it's possible we may yet see a smooth, fresh-faced Cosmos, as one of its big new design features is modular face plates. As shown in the video around the 7-minute mark (albeit when the headset's angled directly away from the camera so we can't actually see it properly), a big hairy hand pops off the triangle-grated face plate and leaves it sitting on the table, allowing us to see what the Cosmos actually looks like under the hood - which, if we're continuing with the fleshy theme of this post, looks a bit like the robotic equivalent of one of those giant muscle monstrosities from Attack on Titan.

It's not clear what form the Cosmos' other potential face plates will take yet - so far, all HTC have said on the matter is that they will allow the headset to be "updated for different VR needs in the future" - but HTC have promised to talk more about the Cosmos' actual specs sometime next week, according to their Facebook video.

Otherwise, the rest of the Cosmos looks pretty much as it did in the original reveal trailer. It still has six cameras that offer inside-out tracking without the need to set up any pesky base stations, and it still has a flip-up halo design that lets you lift the screen away from your face without actually removing the headset itself - a bit like Sony's PSVR headset. 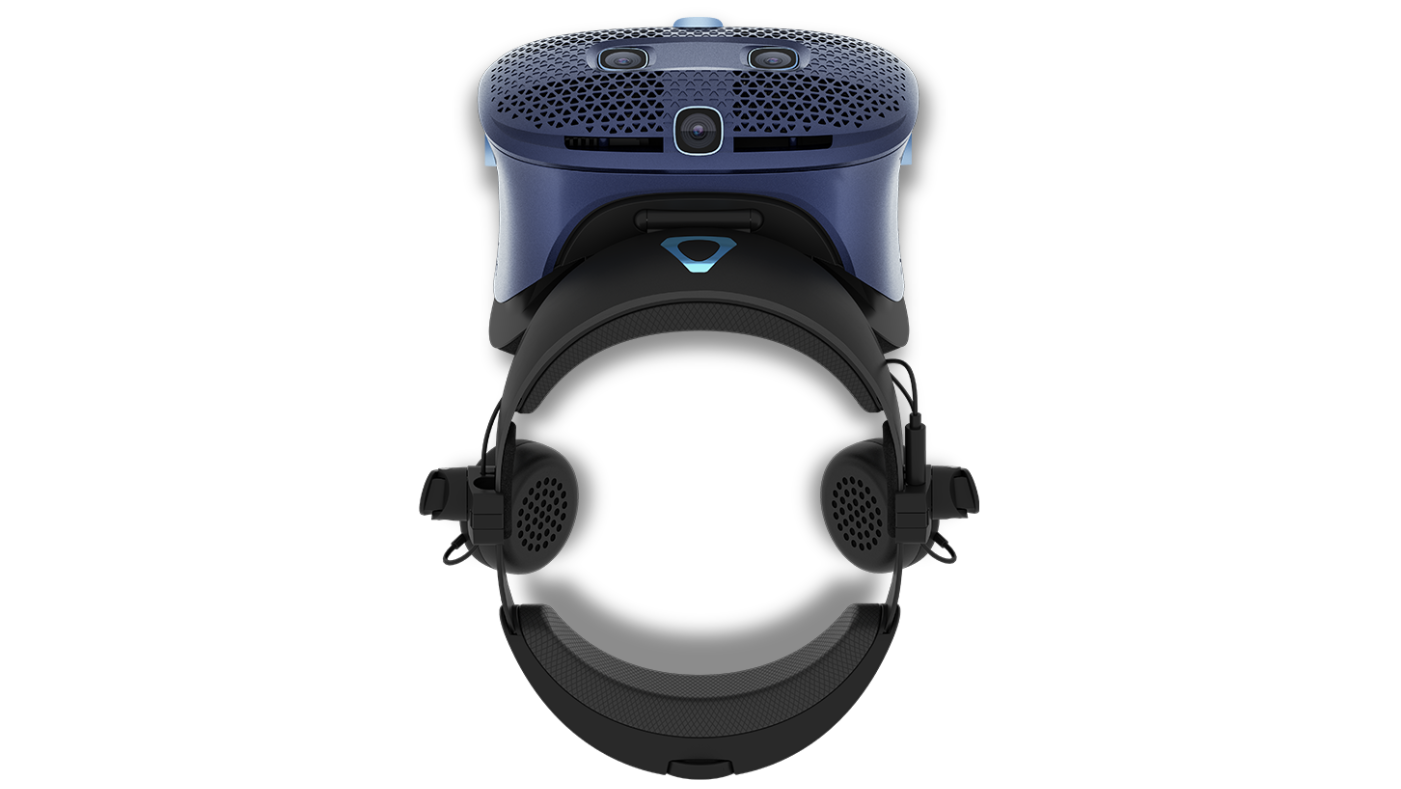 The new glow-in-the-dark controllers look pretty much the same as well, as do the integrated headphones. The only big details we're missing are the headset's screen size, resolution and refresh rate, but we should hopefully hear more about all that next week in HTC's big specs reveal.