From threadbare arena shooter to sprawling space opera, Digital Extremes have grand ambitions for their free-to-play space ninja shooter Warframe. In their latest development livestream, they gave us our first peek at a few changes due in or near their upcoming expansion, Fortuna, tentatively due for release this autumn.

Hoverboard races rewarding stunt combos are on the way, along with a new faction organising these events. We also get a brief peek at some major changes coming to melee combat and a look at some new and remastered environments on the way. Below, the full devstream recording and some thoughts on what they're showing.

At 17:40 in the video below, we meet the Vent Kids faction. Despite Fortuna being an oppressive penal colony, its wayward orphans keep the spirit of punk alive. They live in hidden chambers within the city's massive industrial vent shafts, drawing graffiti and rebuilding scavenged (or stolen) Corpus tech into the K-Drive hoverboards we've already seen. They also organise races, which award points for style as well as speed - if you're not doing backflips off cliff edges, you're doing it wrong. As with any good skateboarding game, you can grind rails to extend stunt combos too.

Warframe is still mostly about exploring space-dungeons and stabbing hundreds of expendable baddies. They uploaded a series of before and after shots showing the remastering work being done to Corpus Gas City maps and also gave us a peek at Fortuna's explorable interiors at 40:20 in the devstream. Aside from a few cave environments, The Plains Of Eidlon (the previous open world environment) was almost all outdoors, but Fortuna has some big and complex bases to dig around, similar in style to regular Corpus mission environments.

While new places to go and new people to stab are always appreciated, Digital Extremes have some plans for the core of the game. In a revamp they're calling "Melee 3.0", they're changing how close combat works. Before, you had distinct melee and ranged stances and switching between them took a while. As shown in this clip, melee and shoot buttons will instantly switch stance as well as attack. Earlier devstreams have shown other major changes to melee on the way, including aerial combos, diving attacks and directional inputs resulting in different moves in regular combos. 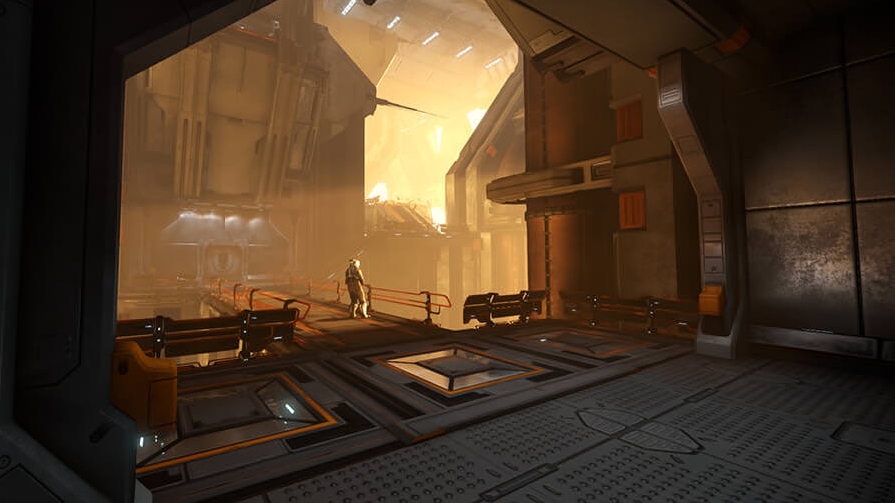 On paper it might not sound quite as thrilling as Warframe's upcoming Railjack expansion (featuring cooperative space combat) but it's the running, jumping, shooting and stabbing that makes up the majority of the game. The Melee 3.0 changes seem likely to change the rhythm of combat, and I can see some interesting hybrid play-styles developing from it, especially for players that use closer-ranged firearms, such as the heavier shotguns.

While Digital Extremes don't like to give release dates until the eleventh hour, the Fortuna expansion is set for release sometime this Autumn, and they hope to get Railjack and its space combat out by the end of the year. Warframe is free-to-play and you can get it direct from its page here or on Steam. You can see Digital Extremes's own breakdown of their development stream here.

All of this seem completely alien to you? Don't know your Kubrow from your Corpus? We've got a handy beginners guide to Warframe for that.