Warframe's space-travel update might not be here until the new year, but Digital Extremes are ending 2018 with a bang and a very large boss to fight. Fleshing out the frozen Venusian landscape introduced in the Fortuna expansion, today's update - The Profit-Taker - finally lets players take on the giant robot spider seen in Fortuna's introductory missions. There's also a new Warframe (reluctant warrior-monk Baruuk), some new weapons and the unlockable ability to call down heavy anti-spacecraft Archwing guns for use on foot. The patch notes are here, and a trailer below.

In order to begin the heist mission chain to take down the spider-mech (supposedly the first of several, this one called Profit-Taker), you'll need to complete a lot of jobs for Solaris United. You'll need the rank of Old Mate, which'll take days of heavy play, so if you've just arrived on Venus, you're probably not going to be taking the big mama on until much later. For those who have been grinding away since Fortuna launched in November, you've got a new new slab of endgame shooting to do. Thankfully there's plenty more in this update for those (like me) who haven't put in the hours yet.

The 'big guns' part of this update is the ability to equip Arch-gun weaponry (the oversized shootmachines used in Archwing space and underwater combat) for on-foot combat. This is the big reward for completing those endgame Orb Heist missions, and lets you call down one of these oversized guns once every ten minutes. There's no reloading, just one big ammo drum, and once you run dry the weapons return home to be restocked. In Orb Heist missions you can pick up extra heavy ammo to keep the party going, so I'm guessing these guns will help take down more spiders.

The new Warframe, Baruuk, can be bought in the store or unlocked through earning reputation with Little Duck, found in Fortuna's heist-planning back room. Baruuk's first three abilities are based around evasion and nullification. Elude is a channelled power that makes projectiles pass harmlessly through him when not attacking. Lull puts enemies to sleep. Desolate Hands destroys enemy weapons. Using all of these wears down his Restraint gauge - the lower it gets, the higher Baruuk's damage resistance, and it can be reset through the fourth ability. Serene Storm puts the 'fist' in 'pacifist' and gives you a summoned punching weapon which does radial, room-clearing attacks. 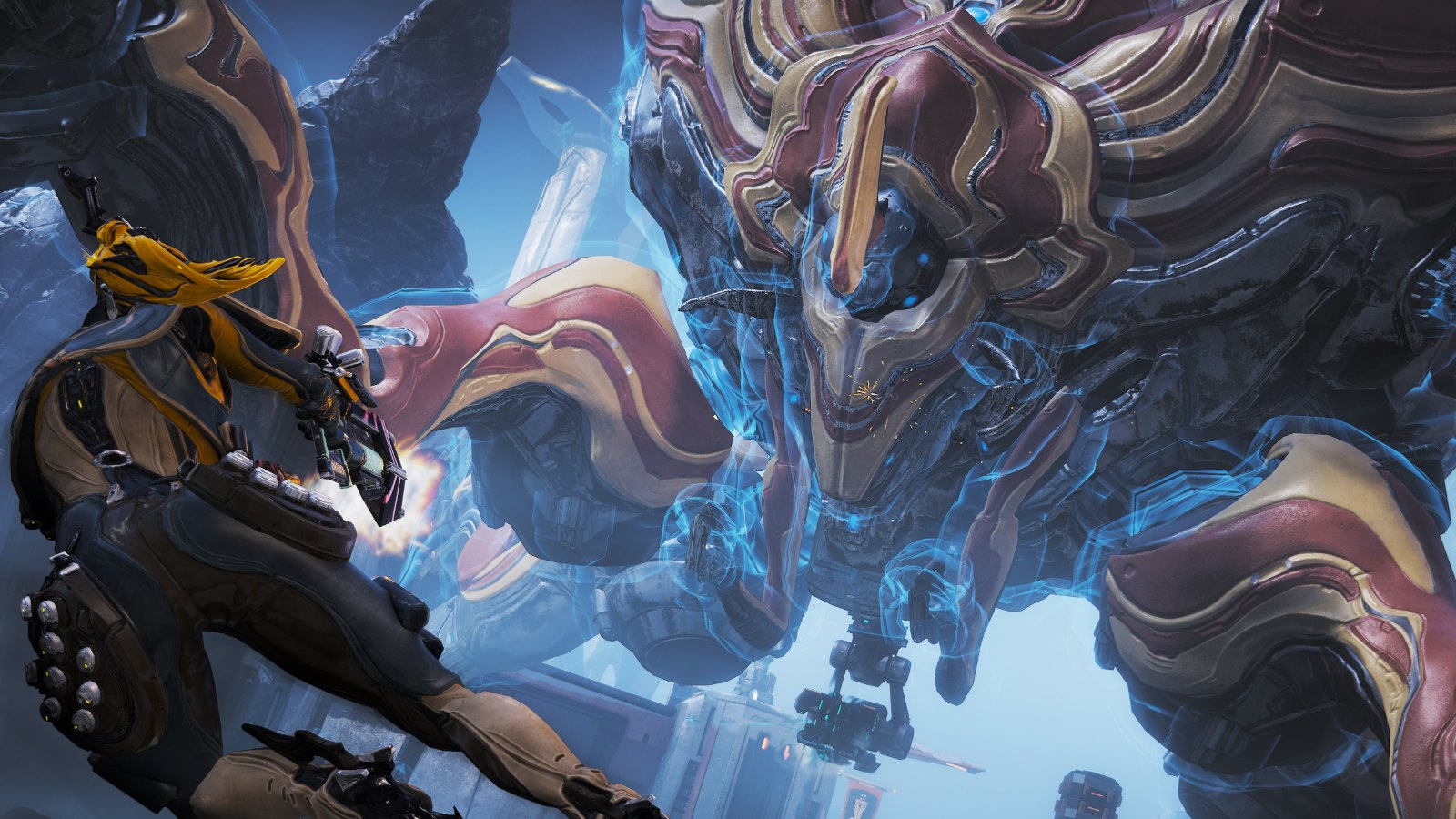 Also introduced this update are three new types of creature to rescue in wildlife preservation missions (including space owls) and a trio of new Fortuna-themed weapons. The Exergis seems especially fun - it's a big, loud pump-action shotgun that shoots crystal shards instead of buckshot. There's more lore and backstory to be found around Venus, a bunch of mods for weapons, hoverboards and Helminth Chargers and a bucketload of new (mostly premium) cosmetic gubbins. Older Warframes Nyx and Titania also got a major rework - see their special patch notes here.

The Profit-Taker update is live now for Warframe, and you can see the full patch notes here. The game is free-to-play - snag it on Steam or its official page here. Some of you will also be happy to hear that Fortuna instance 69 is still alive and kicking.