Warzone Season 6 is finally here and brings with it a ton of new content. There's new weapons to try out, new operators to unlock and a brand new underground subway system. This allows you to travel across Verdansk quickly, essentially operating as a sort of fast travel system. There are seven subway stations available, so we've marked their locations clearly for you to find. We'll also go into some detail on how the subway works, and how to make the most of it.

In the image below you can see an overview of all the subway stations that have been added to Warzone. You can use your map to cross-reference these and find them in-game, and we'll be providing a little more info on each station further on in this guide. 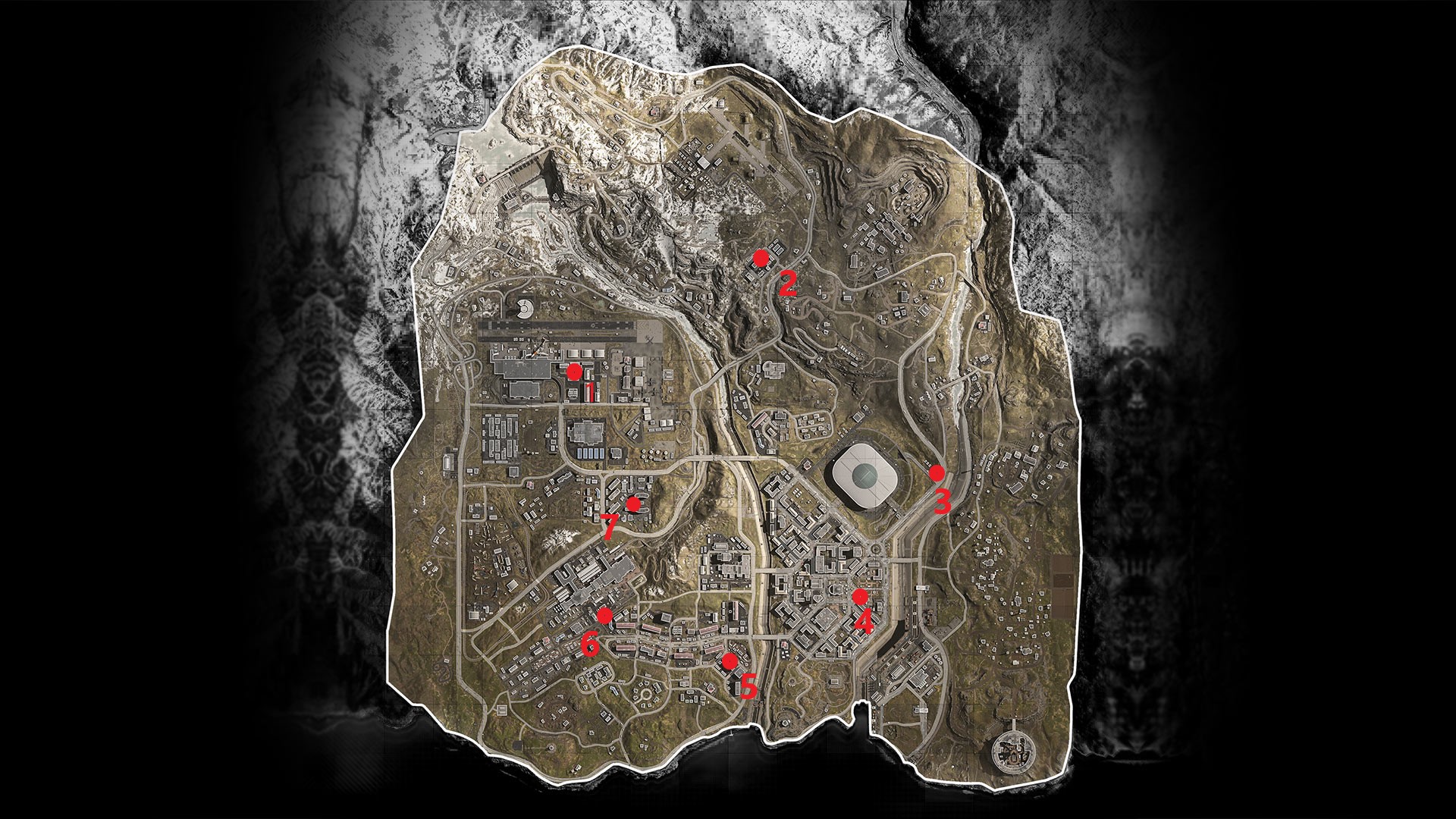 You can use this map to plan your travels across Verdansk, just be careful while you do so. Below, we've gone into some more detail on each station, showing their locations more clearly on the map. 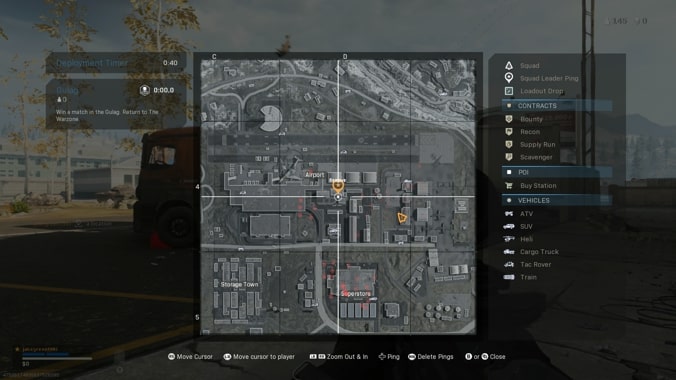 This subway station can be found at Verdansk airport. We've marked its exact location above. Something to watch out for here is airports tricky multi-storey area. It's a hot-bed for snipers, so head into the station quickly and don't hang about. 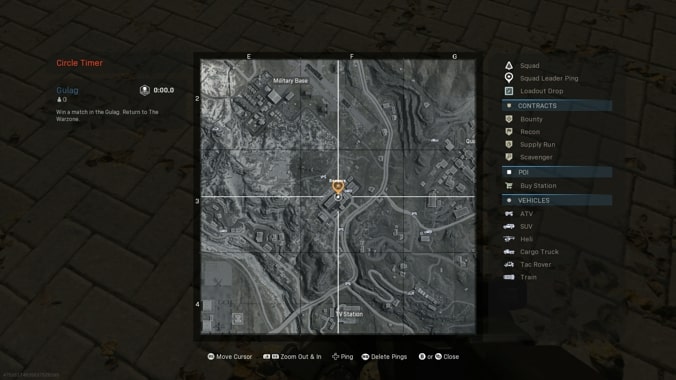 Fun fact, I've died more times at Lozoff Pass than any other area in the game. The subway station could be a great way to escape this area, so take a look at its location on the map. 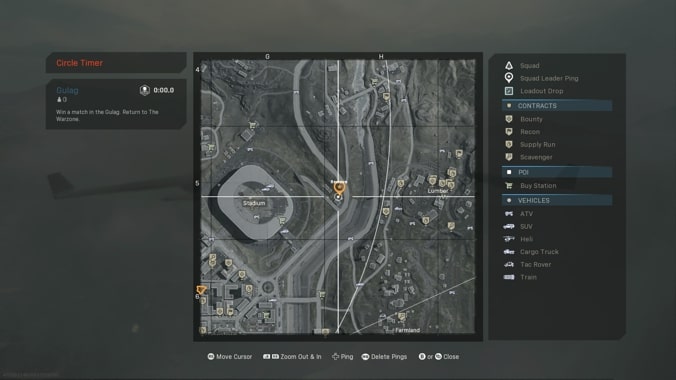 This one is pretty easy to find, situated right by the stadium. You can head for the green tents when leaving stadium. We've marked its position on the map for you. 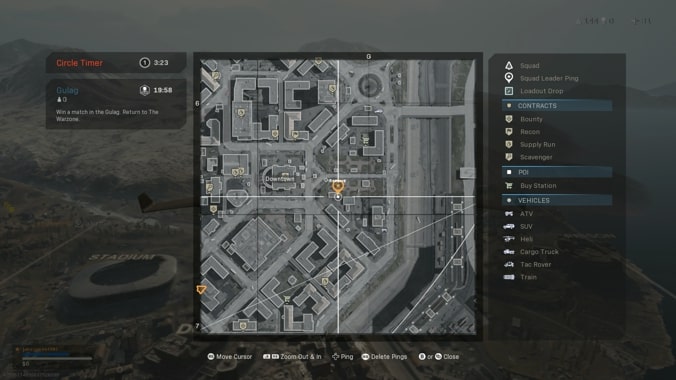 This subway station can be found near the centre of Downtown. It can be a little tricky to find due to the number of tall buildings surrounding it. Head to the location marked on the map to enter the Downtown subway station. 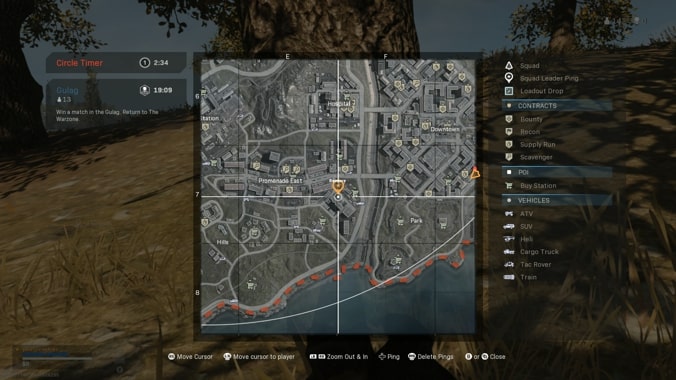 This subway station is located near Promenade East. It's right next to the creepy old Ferris wheel, so head there and you're golden. 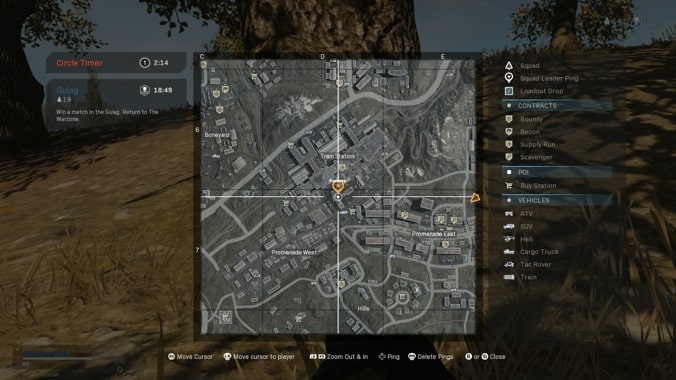 In my experience the train station can be a pretty hostile place to be when playing Warzone. It's a really great place to get sniped, but its tantalisingly placed buy station is usually worth the gamble. If you need to evac in a hurry, head to the subway station shown in the map above. 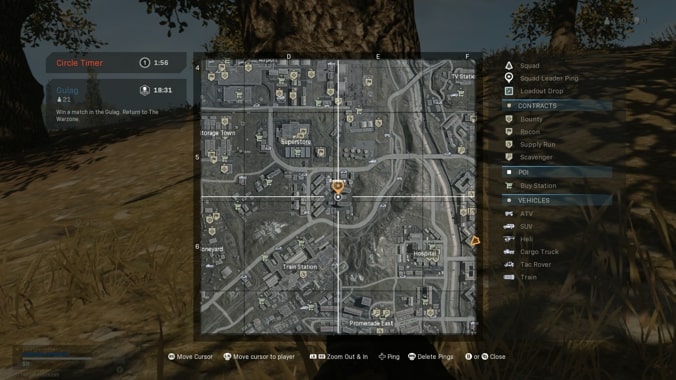 Finally we have the Torsk Bloc subway station. It's located to the south east of Superstore and can be found by heading to the location shown on the map in the image above.

How does the subway work?

The subway system in Verdansk operates as a fast travel mechanic of sorts. If you head to one of the seven stations you'll be able to take one of two trains, heading in opposite directions to each other. One will head to the next stations in a clockwise direction, while the other will move counter-clockwise. You can use this along with the map in this guide to plan your route, allowing you to travel across the map quickly and safely. Once in a subway train the doors will close as long as there is no combat going on nearby, the screen will fade to black and the train will take you to your next station. It only takes a few seconds per journey, making it the fastest way to get around in Warzone.

Can you be killed while on the subway train?

One thing to keep in mind is that as long as you are on the subway train, and the doors have closed, you cannot be killed. The second you step out onto the platform however, it's open season. Because of this, you'll want to take extra care when taking the subway, as it's a hotspot for potential ambushes. Inversely, keep an eye out for unsuspecting players leaving the subway to bag yourself some easy kills. Another thing to keep in mind is that the doors will not close if there is combat happening anywhere near the subway train. If you or another player are shooting on the platform, the train won't move.

Will the subway travel into the gas?

The subway is not supposed to travel to any station in the gas, or to stations about to be enveloped by it. I've found that this is not the case, at least with the game in its current state. I've travelled into the gas a few times now, which has pretty much ended my run every time. As a result, I'd recommend you plan your route carefully, using the map in this guide and when knowing which way you're travelling.

Unfortunately, the addition of the subway to Verdansk has spawned a rather annoying bug in which your weapons won't fire once you've travelled on the subway. You see, once the doors close and the subway gets moving, your character enters an animation where their guns are aimed down at the ground, which prevents you from aiming down sights and firing. This is likely to stop players fighting on the subway but at the moment it's possible to be locked into this passive state, even after you've left the subway. I had this glitch in the first couple of days of launch, and found that the only way to fix it was unfortunately to die and head to the Gulag/be bought back. Hopefully this is just a teething issue associated with the new subway system, and that it will be patched out soon.

Tips for using the subway in Warzone

Of all the new bells and whistles added to Warzone since launch, the subway is definitely the trickiest to use tactically. At present, the stations are simply too risky to chance, and it's difficult to think of many reasons why you'd need to travel across the map so quickly, unless you had a very specific objective in mind. Regardless, there are some tips that you should keep in mind if you are going to use the subway. We've listed them below:

That's everything you need to know about the subway system in Call of Duty Warzone. While you're here, be sure to check out our guide on the brand new SP-R 208 marksman rifle that's been added into the game. Elsewhere there's our updated look at the best assault rifles to use in Warzone.