At first, I took the map in Call Of Duty: Warzone for granted. The blistering forward march of techno-wizadry had inured me to its impact, and I jumped out of the spawning plane with my eyes glazed over. Of course the latest COD's playground is bigger and more detailed than any other battle royale's, I thought. How could it be otherwise.

My eyes are open now, though. Verdansk is vast, and should be appreciated.

I've been running around for about a dozen hours, and there are still plenty of places I haven't seen. The big dam to the north. The hills of Novi Grazna, to the south. I still haven't managed to make it inside the prison, though me and my war buddies did once spend about ten minutes laying siege to it.

I say siege. We basically got shooed away by one guy with a machine gun. It was very Monty Python. I bring it up, though, not to highlight my squad's battlefield prowess, but to celebrate the diversity of that battlefield. Plenty of royales have had me shooting at people on rooftops, but in Warzone those rooftops often rest atop a whole complex of tunnels and corridors, with open courtyards a stone's throw from tighter spaces. Verdansk isn't just big, it's varied. 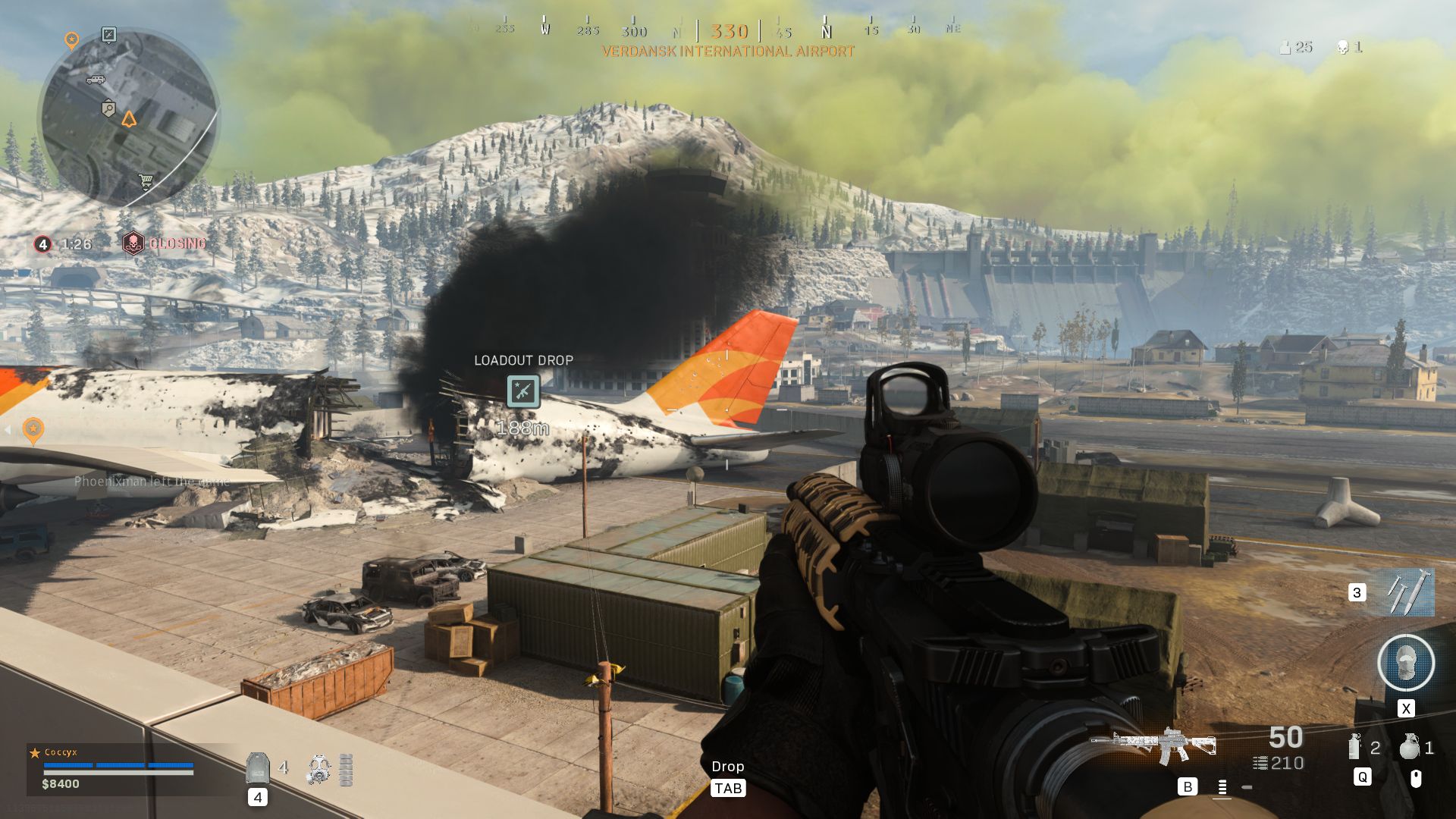 I spent half of my last game lurking in a sniper's nest near an airport, surveying the ruins of a crashed plane. When the circle forced me on, I jumped down and snuck inside through a blasted out hole in the wall, and found myself creeping past the pipes of a maintenance corridor. Then I emerged into the airport proper, lavished with all the attention to detail you'd expect from a normal multiplayer map. Because, err, that's exactly what it is.

Warzone's warzone blends in maps from the series' past. COD's last bash at battle royale, Blackout, did this too, but it was clumsy about it. You could see the seams, whereas here everything is stitched together in such a way that you'd never guess the components were once atomised. Every now and then my friend Ben will exclaim "oh, we're here!" with infectious excitement, while also spreading mild resentment that this means he already knows his way around. 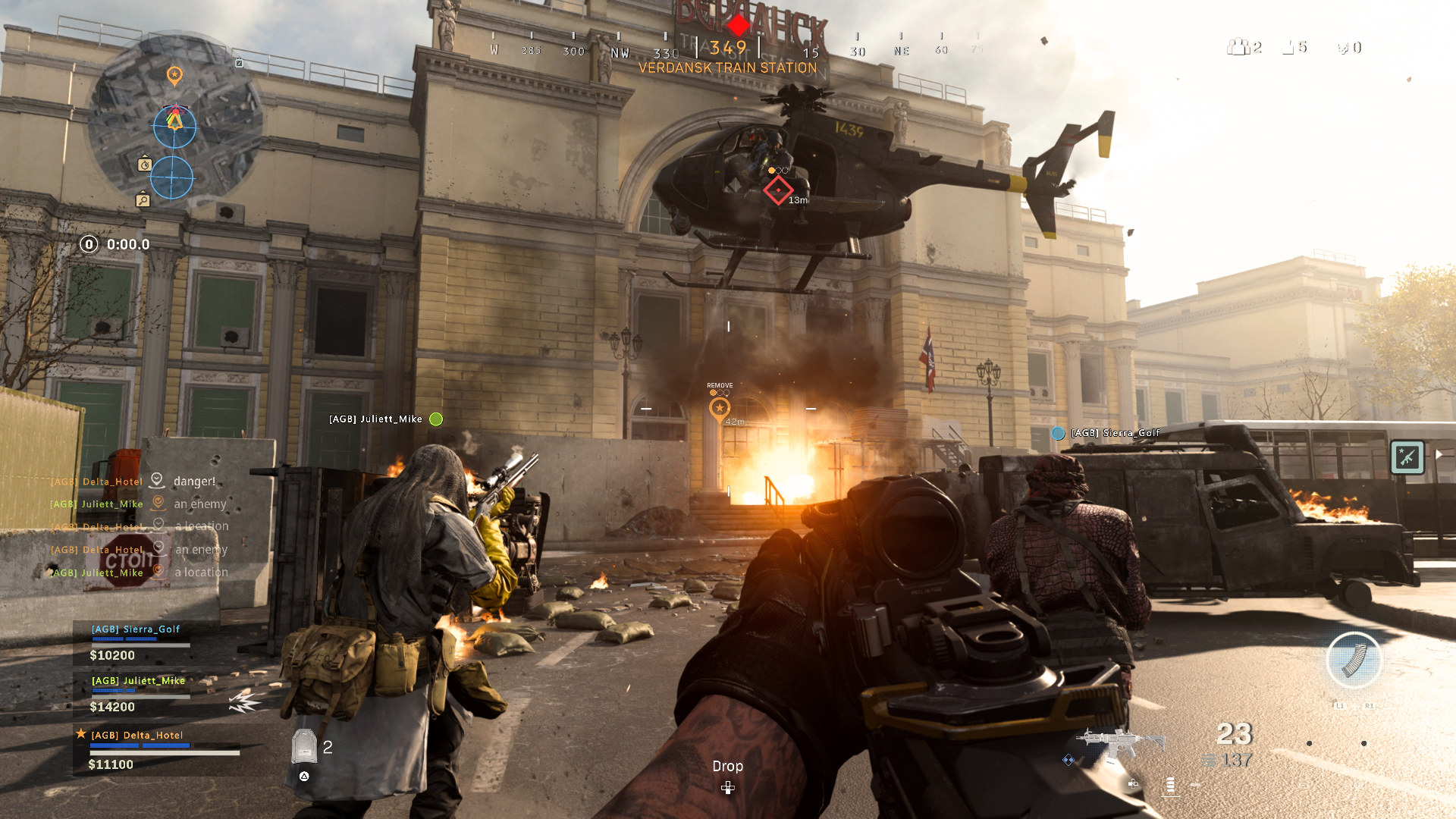 I can't think of another multiplayer game that moves you so slickly between such different types of fighting. Where the perils of being outside, exposed to bombing runs and sniper glints, can so readily transition into interiors with substance. Interiors that have been crafted around people's lines of sight, with varied height levels and obstacles to navigate. In PUBG you can duck into barren shops and apartments, places that never feel like they were lived in. With Warzone, you can dash for cover and find yourself in a lovely pub. 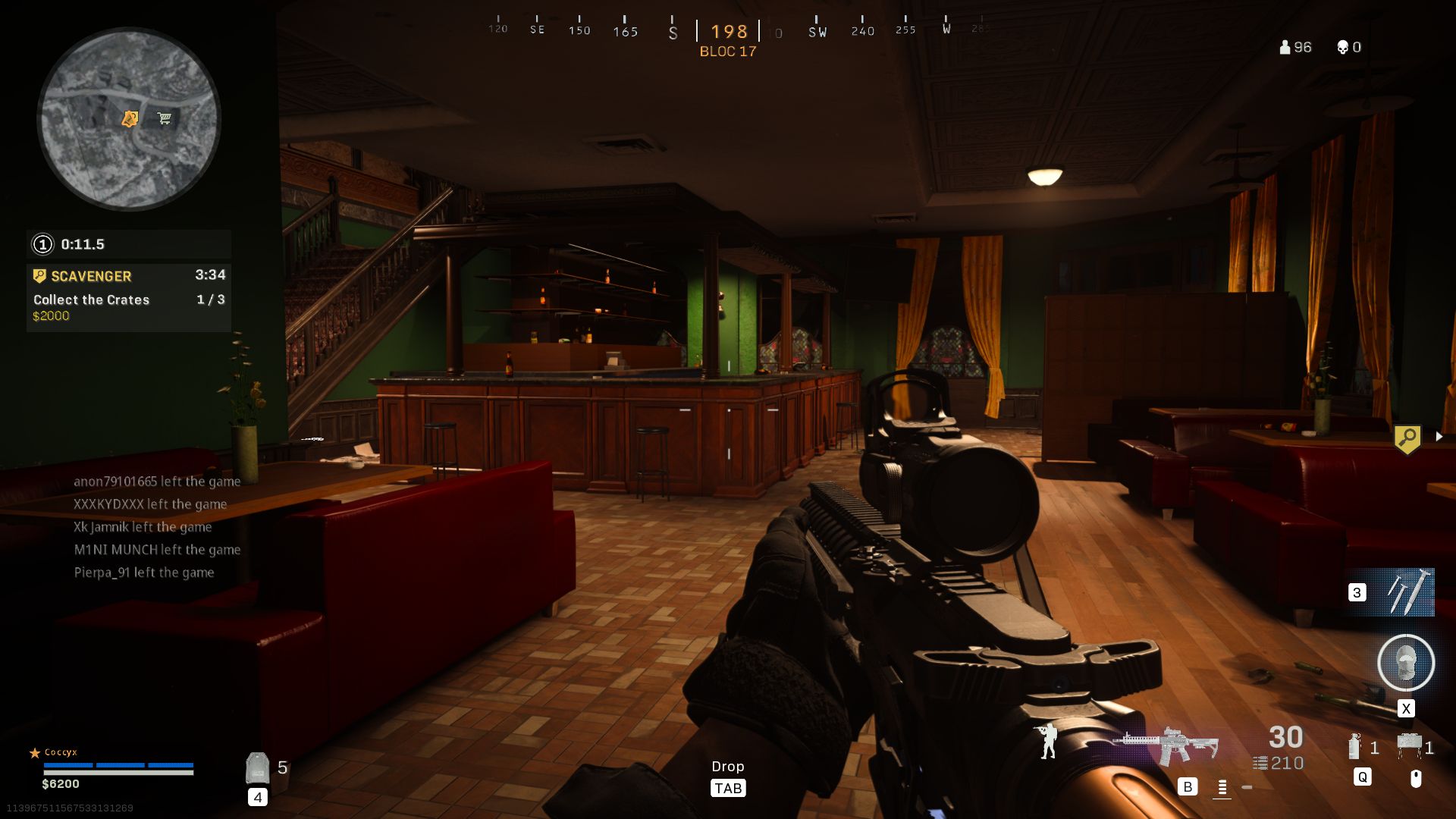 The thrill of battling royaley comes from being vulnerable, and Warzone pulls that off doubly. It marries the tension of corridor crawling to the suspense of open wilderness. Other maps in other games might be dotted with the occasional interesting feature, but the vast majority of their buildings are built from the same small handful of templates. By dipping into its past, COD has created something truly modern.