World of Tanks launched in Russia in 2010, then in Europe and the US the next year. It’s been around the block, pitting war machines and players against each other in war-torn cities and pastoral paradises, but today it’s only just hit version 1.0. Eight years after launch. For a long-running, living game like World of Tanks, that 1.0 label doesn’t mean what it normally does.

“It means a new game,” says development director Milos Jerabek. But if it is a new game, it’s one with old guts. 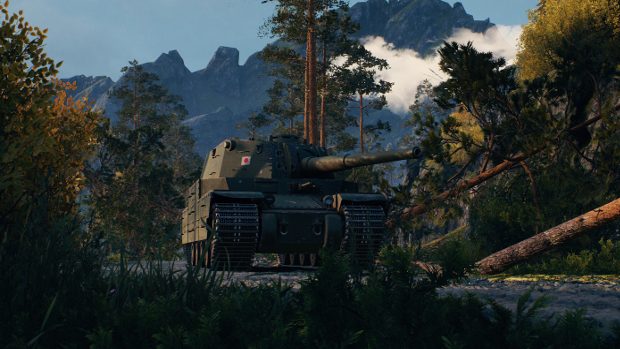 “The gameplay is the same, sure, but the engine is different, and every single map has changed,” Jerabek clarifies. “The feeling, the music, the audio -- the immersion has changed.”

There’s a new graphics engine, new sound design, 29 reworked maps and one brand new one, and now small buildings and objects can be blown to smithereens thanks to the inclusion of Havok Destruction. But the mechanics, the tanks and the strategies players are used to remain the same. 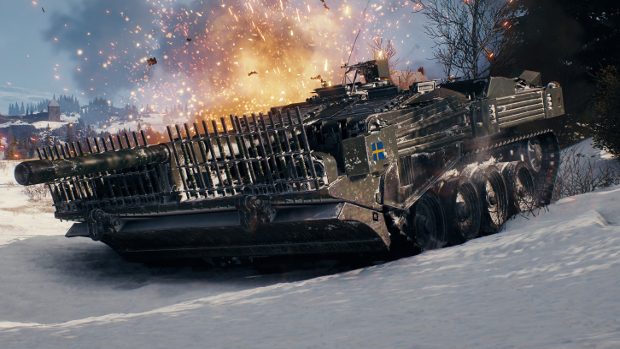 Wargaming don’t want players to fire up the game today and suddenly realise that they no longer know how to play. They want new players, which they hope a flashy new engine will bring in, but not at the expense of the old guard.

“It’s not a coincidence that only now we have 1.0,” says CEO Victor Kislyi, who can be so animated at times I swear he’s going to wriggle out of his grey hoodie. “We were tempted to call it 1.0 in 2010, then in 2011, then in 2012 and then in 2013, but we are always driving towards perfection. You wake up, you love your game, you have these big numbers of players, hundreds of millions playing all over the world...but it was not yet there, something was missing. Now it’s time to say it’s a good 1.0.” 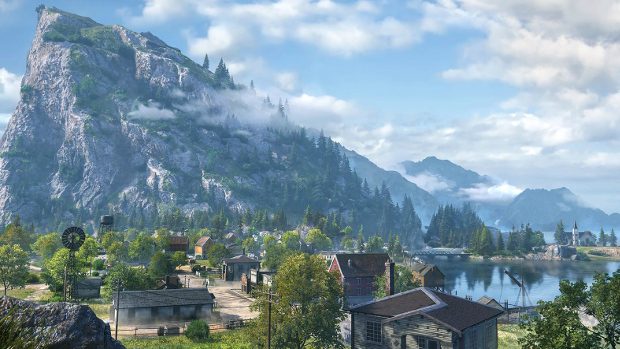 After so many years of waiting, 1.0 had to be bigger than even a meaty update. It had to be an overhaul. Kislyi says it depends on how you count it, but development on 1.0 ran between two and three years, all while the live game was being patched as well. Even with hundreds of people working for over two years, Wargaming still needed to outsource work to make sure all the maps, for instance, had been recreated in the new engine.

Despite the tall order, Jerabek believes the pressure could have been a lot worse. “Our director of publishing came to me and said ‘Milos, we ship this right. You say when we are ready. Don’t think about constraints.’ And I hugged him. I needed to hear it.” With only a week to go, Wargaming weren’t 100% sure that it was going to make the March 21 release date, and they were willing to push it back if they had to. 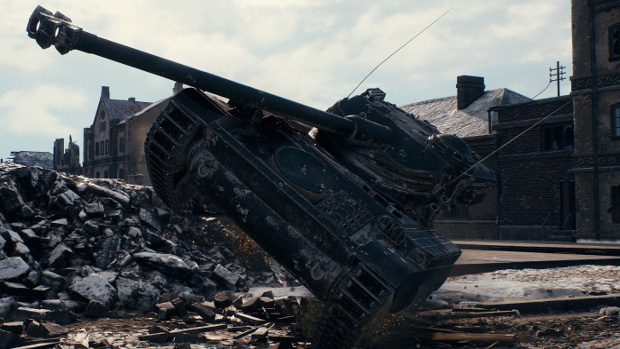 When it came time to merge the update with the game, a process that normally takes a few hours, this time it took a whole week. It’s an update that’s larger than the game it’s updating. Most of that is down to the incredibly broad nature of 1.0. Every single rock and shrub has been recreated with new textures and physics, and no map has gone unchanged. In most cases it's purely visual, though some have also been expanded and tweaked.

Some of the almost comical excessiveness of the update must also contribute to its size. As graphics engineer Denis Ishmukhametov walked me through the new engine, he pointed out all manner of ridiculous and impressive touches that you’d hardly notice until they were highlighted. There’s a whole system for how snow acts when it’s on a tank, and how it changes and eventually melts. The same goes for mud and water. 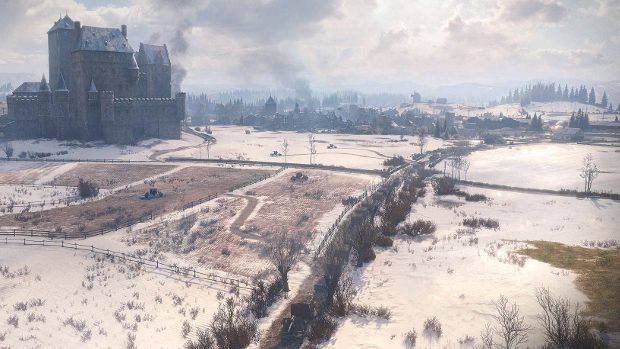 “The engine actually started as a pet project for the engineers,” Jerabek explains after I mention that these tiny details seem like they’re more for the devs than the players. “For them it was important that they were working on something really cool, and the attention to detail is enormous. That makes the game more unique.”

Jerabek argues that these things do have a big impact on the player experience, however, even if it’s just in terms of immersion. Individually, they’re almost invisible, but when they come together in a battle, I must admit that the atmosphere feels incredibly different. The maps are more lively and reactive, and while that might not affect how a tank battle plays out, it does change how they feel. 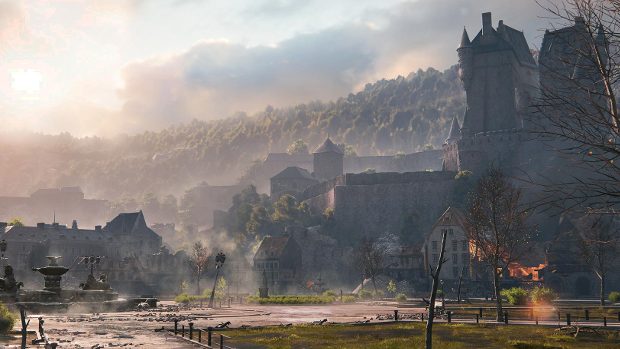 While gameplay may have taken a backseat in this update, at least in terms of big changes, there’s still a lot that Jerabek would like to do, particularly when it comes to the new user experience.

“We still know that we don’t serve them the right way. That’s why we released Boot Camp, the new tutorial, almost a year ago. And we still continue to work on the new user experience because we believe more casual players are joining and they need to learn how to play the game. The original tutorial was horrible, now the Boot Camp gets you through Tiers 1 to 3 and teaches you about skills, perks and equipment.” 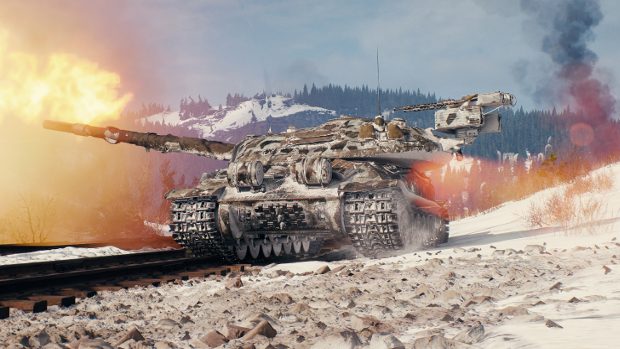 One of the hurdles for new players is Wargaming’s -- let’s just say elaborate -- business model. All the currencies and systems and restrictions are a nightmare to wrap one’s head around, and while there have been improvements, it can still feel draconian. And even when it’s being generous rather than harsh, there’s a problem with clarity.

The business model is clearly not something Kislyi is eager to talk about. When it’s brought up, he points out that everything you can buy in World of Tanks can also be earned, but that doesn’t really tackle the issues with how it’s all presented and how serious the grind can be. He does acknowledge that some of the premium tanks were unbalanced, but that it was something Wargaming fixed. 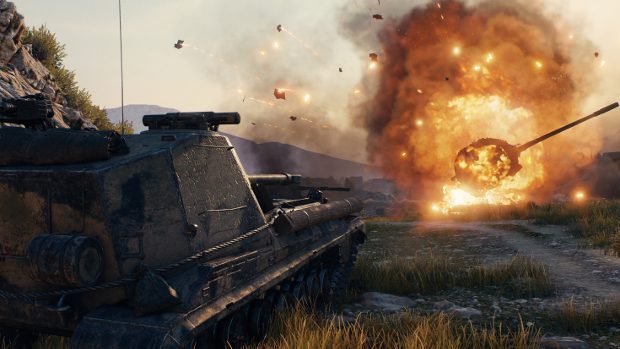 “Right now, especially with influencers and YouTube guys, who really dig into one game, I’m not aware of any big outcry. There were a couple of episodes, we listened, I met with YouTubers myself, we discussed, we fixed, and now we’re back to really, really fair play.”

The balance between making a profitable game and still giving value to free players is a tricky one, but Kislyi seems to take it in his stride… to say the least. “I may sound a little arrogant, but this is what we do. You might also ask how can James Cameron make the dramatic Titanic story into an Oscar-winning movie. That’s because he’s James Cameron. We are James Camerons.” 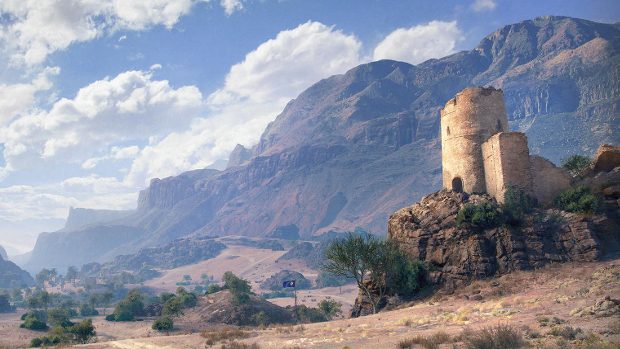 Kislyi clarifies that he is not in fact an award-winning director, but that when you spend all these years making a game, working with the tech and developing a player-base, you pick up a thing or two. “This is what we’re good at, and we’ve been learning for many, many years. It doesn’t come overnight.”

It may have taken eight years to reach this point, but Kislyi is already looking far into the future, according to Jerabek. “When I was joining, Victor, our CEO, told me that in 25 years he wanted World of Tanks to be the most successful game on Earth.”