There are two things you should know about Where The Water Tastes Like Wine, the interactive fiction-ish anthology from Dim Bulb and Serenity Forge. One is that yer actual Sting is in it, supplying his dulcet tones to a hungry-looking wolfman who will narrate parts of the Americana odyssey. The second is that half of games journalism has written for it, including RPS escapees Cara Ellison and Leigh Alexander. Personally, Emily Short and Southern Monsters' Kevin Snow are the names that make me particularly intrigued to play this. There's a new trailer, seemingly narrated by Sting himself, which reveals WTWTLW's release date - and, huh, it's a lot sooner than I was expecting.

February 28th isn't even two weeks away, but that's when we'll be able to glug down this promising story-driven adventure. It'll set you back $20, and there'll be a special edition that lobs in the soundtrack and a digital art book as well. I'm sure it will be on other stores in due course, but for now here's the Steam page, complete with (modest) system requirements and a few other titbits. 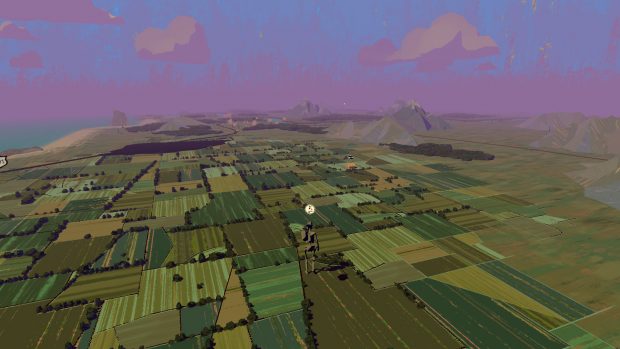 I haven't followed Where The Water too closely, but I'm perusing the website now and it seems very much like my sort of thing. The trailers aren't terribly informative about how it plays, but I gather that the game mixes 3D exploration with illustrated elements, meaning that you'll traverse a folkloric take on the United States via a three-dimensional map, before triggering stories that combine text with lovely artwork. An inventory screenshot makes mention of there being 219 stories to gather, which seems like a huge amount.