Wolfenstein: Youngblood was one of Nvidia's big ray tracing games of last year, and it was even one of the free games you could get if you bought a new RTX graphics card over the summer. However, whereas its other freebie stablemate Control teleported its ray tracing support in at launch, Wolfenstein: Youngblood positively dragged its cybernetic heels over it, with months and months passing after its initial July release date without any word on when it might finally pitch up. Finally, the reflection gods at Nvidia have spoken, and it's going to be patched in as part of their latest CES GeForce driver update available this week. Hoo-rah.

The update comes rather late in the day for anyone to possibly care about, perhaps, but at least it's better than not pitching up at all. Nvidia have also elaborated on exactly what kind of ray tracing you can expect from Wolfenstein: Youngblood's update, namely a heck of a lot of reflections. You've got your weapons effects reflections, dynamic real-time reflections being reflected on enemies and reflections on other "moving game elements," they said in their blog post.

There's only a single On or Off setting in Wolfenstein: Youngblood's menu settings, sadly, so you won't be able to tailor your ray tracing experience in the same way as Control's RTX features unfortunately, but the good news is that the update will also add DLSS support in at the same time. This should help to give your GPU a small performance boost if you find your PC's struggling to cope with it all. 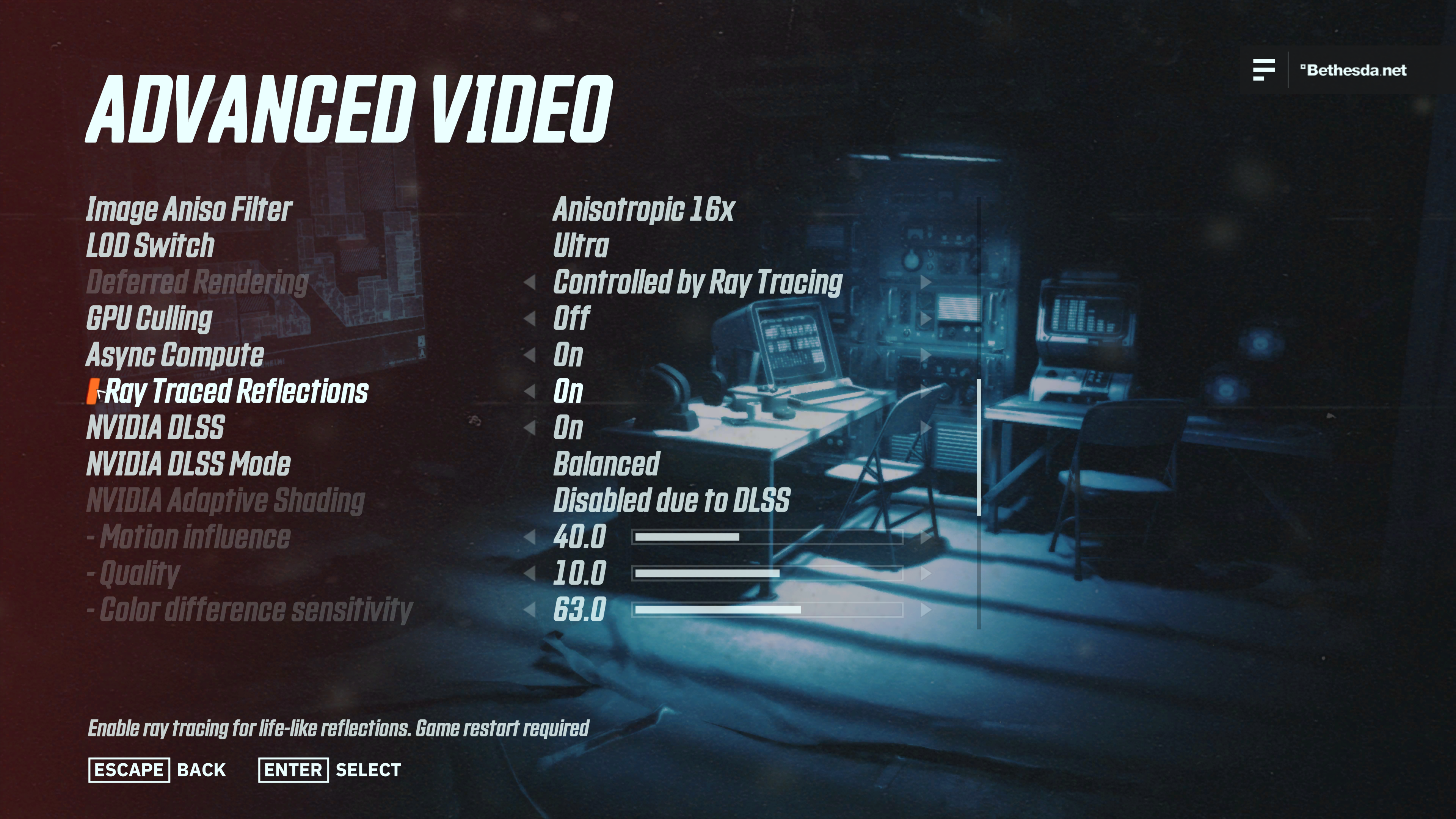 Hopefully, though, RTX owners shouldn't have too much trouble with it, provided you keep DLSS switched on. Indeed, Nvidia go on to say that their entry-level RTX 2060 card should be capable of hitting 60fps and above on max settings at 1920x1080 with DLSS enabled, while the RTX 2070 should be enough for 60fps+ on max at 2560x1440, albeit again with DLSS switched on. For 60fps at 4K, meanwhile, you'll likely need an RTX 2080, according to Nvidia.

What they don't mention is what kind of card you'll need to play the game without DLSS switched on. I've personally never had a problem with the slight glaze-like effect DLSS sometimes brings to a game, but others are more sensitive to these sorts of things and simply can't stand it for some reason. As such, I'd hazard a guess that you'll probably need at least an RTX 2070 or above for playing the game on max settings at 1080p without DLSS (and by extension at least an RTX 2080 for 1440p), but I'll bring you more performance thoughts and analysis once I've been able to try out the game's ray tracing and DLSS update for myself.

If you can't wait that long, though, why not cast your eye over Nvidia's DLSS comparison trailer below. From the looks of things, DLSS looks pretty much identical to having it switched off if you ask me, and I don't think it's something you're really going to notice in motion when you're bombing around shotgunning Nazis in the face, so you might as well leave it switched on and punch up those frame rates a bit.

Elsewhere in Nvidia's CES driver update, Quake II RTX is also getting a photo mode for custom screenshots as part of its v1.3 update, and you'll find a bunch of new settings that let you set your own maximum frame rate, enable GPU scaling, turn on a special power saving mode and reduce system latency in Nvidia's Control Panel.

Nvidia are also bringing Variable Rate Supersampling (VRSS) to VR games as part of their CES driver update as well. This should help improve VR image quality across the board, as it can be applied via the Nvidia Control Panel to all DX11 VR games and applications (albeit only ones approved by Nvidia at the moment) that support MSAA anti-aliasing and have something called "forward renderers". In a nutshell, VRSS can dynamically apply up to 8x supersampling to the centre of a VR display (essentially, the area where your eyes focus the most) and help make images look sharper and more defined. It will only kick in when there's enough GPU headroom to do so, though, and it won't come at the cost of your VR headset's refresh rate, either.

Only 20 games meet Nvidia's VRSS requirements at the moment, but there are plenty of big names in there including Job Simulator, Killing Floor: Incursion, LA Noire: The VR Case Files, Lone Echo, Raw Data, Rick and Morty: Virtual Rick-ality, Robo Recall, Space Pirate Trainer and Talos Principle VR to name just a few. For a full list and more info on how VRSS works, head over to Nvidia's website.