Most gaming keyboards that clack their way onto my desk usually fall into one of two categories. They're either great big hulking plastic things, or they're equally large slabs of hard-edged metal. They do not make my fingers smell like a forest, nor do they double up as handy, alpine air fresheners. In these respects, Unick Invent's new, ultra-compact Woo-dy keyboard is entirely unique.

All right, so the scent coming from the Woo-dy's wooden base isn't quite that potent, but the smooth slab of walnut backing my particular review sample (it's also available in a lighter cherry wood model) definitely has a distinct whiff of the outdoors about it when you first take it out of the box.

It's not entirely made out of wood, I should say. On top of its titchy 341x104x36mm wooden base, there's also a more traditional aluminium tray that houses its choice of three different Gateron RGB switches - linear red ones, loud tactile blue ones or, in my case, quieter tactile brown ones. It's a lovely thing to type on, though, thanks in no small part to its well-spaced, N-key rollover supported keys and spherical keycaps, and I was able to get up to full typing speed in practically no time at all. The lowest row of keys felt a tad high off the ground when I first started using it, admittedly, but it didn't take me long to adapt to its overall shape, and not once did I mourn the fact that it doesn't have any height-adjustable feet. 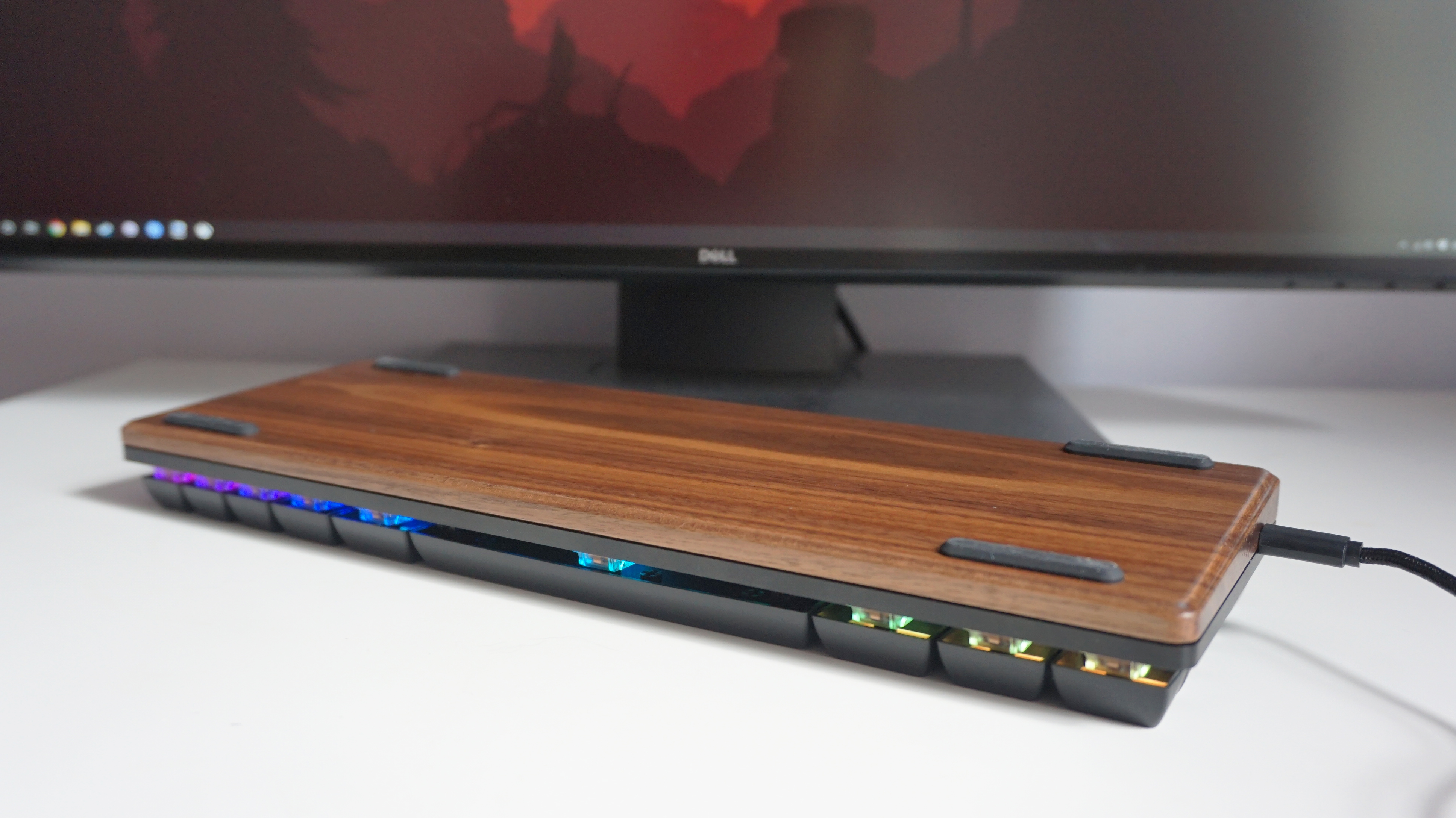 Plus, I reckon the CLACK level of the Woo-dy's brown Gateron switches is just about low enough to use within earshot of other people without running the risk of having them chuck stuff at your head in order to keep the noise down.

Its customisable RGB lighting isn't too in your face, either. Due to the tightly-packed nature of its 67 keys, you only get a tiny glimpse of its rainbow-coloured lights when you're typing, and even the keys round the side of the Woo-dy keep it all pretty contained. That's a big plus point for me when I'm using the Woo-dy during the day, but I do wish the keycap letters themselves were RGB-backlit as well so I could use it more confidently in the dark when I'm too lazy to go and turn on my office light.

Still, while the Woo-dy's default keycaps aren't backlight friendly, I should point out that all of them are hot-swappable, which means that those of you who are absolutely desperate for a bit of RGB backlighting action can always use its bundled keycap puller and switch remover to customise it with your own caps and switches if you wish. 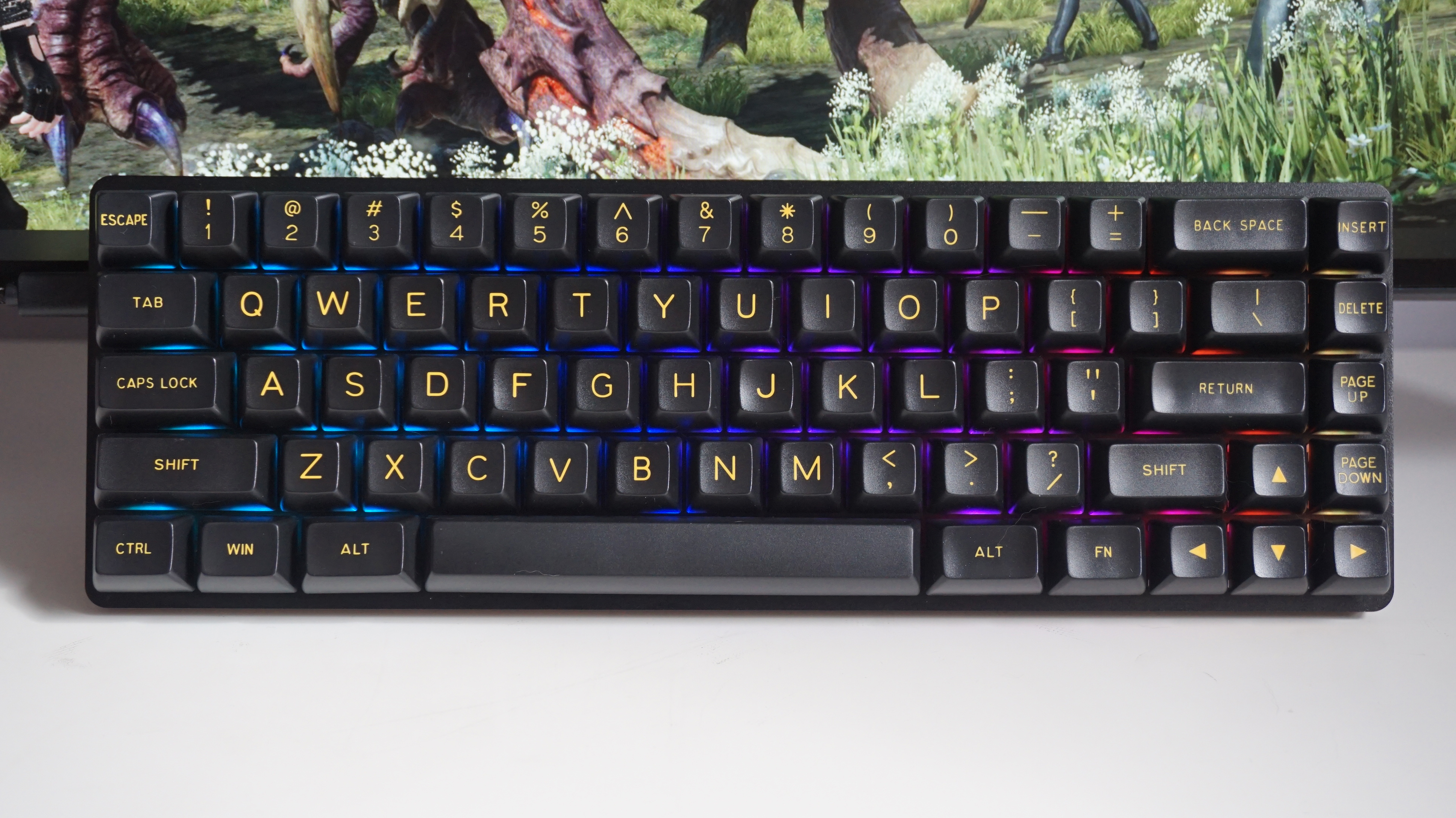 The Woo-dy supports Bluetooth as well, and you can pair it with up to three devices simultaneously, such as your Android or iOS phone/tablet. However, with no dedicated Bluetooth switch or shortcut key on the Woo-dy itself, you'll have to dive into its online manual to find the correct series of shortcuts you need to a) turn Bluetooth on, and b) pair it with your intended device. After a bit of digging, this all (thankfully) worked as advertised when I tried it out for myself, but in truth, the whole idea of being able to use it as a Bluetooth keyboard is a bit of a non-starter.

You see, I also discovered it still needs to be plugged in via its USB-C cable in order for its Bluetooth to work, so anyone hoping to use this as a truly wireless keyboard for, well, anything, will be sorely disappointed. Instead, it's really only intended for wireless use if, for some reason, you happen to be flitting between your tablet and phone while you've got it connected to your PC or laptop (or a power bank of some kind). Sure, that might be useful for banging out a few things onto your Google Keep shopping list if you're all fingers and thumbs on your phone's onscreen keyboard, but it's hardly as convenient or as practical as it might first sound.

Its bundled Windows software also leaves something to be desired from a UI perspective, but it is at least functional. While its key and macro assignment menus aren't the prettiest or most easily parsable things on the planet, I eventually succeeded in recording a macro and assigning it to a key, swapped the function of another key, and I also managed to alter the Woo-dy's RGB profile and create my own. It's not the most sophisticated software I've ever seen, but it gets there in the end. 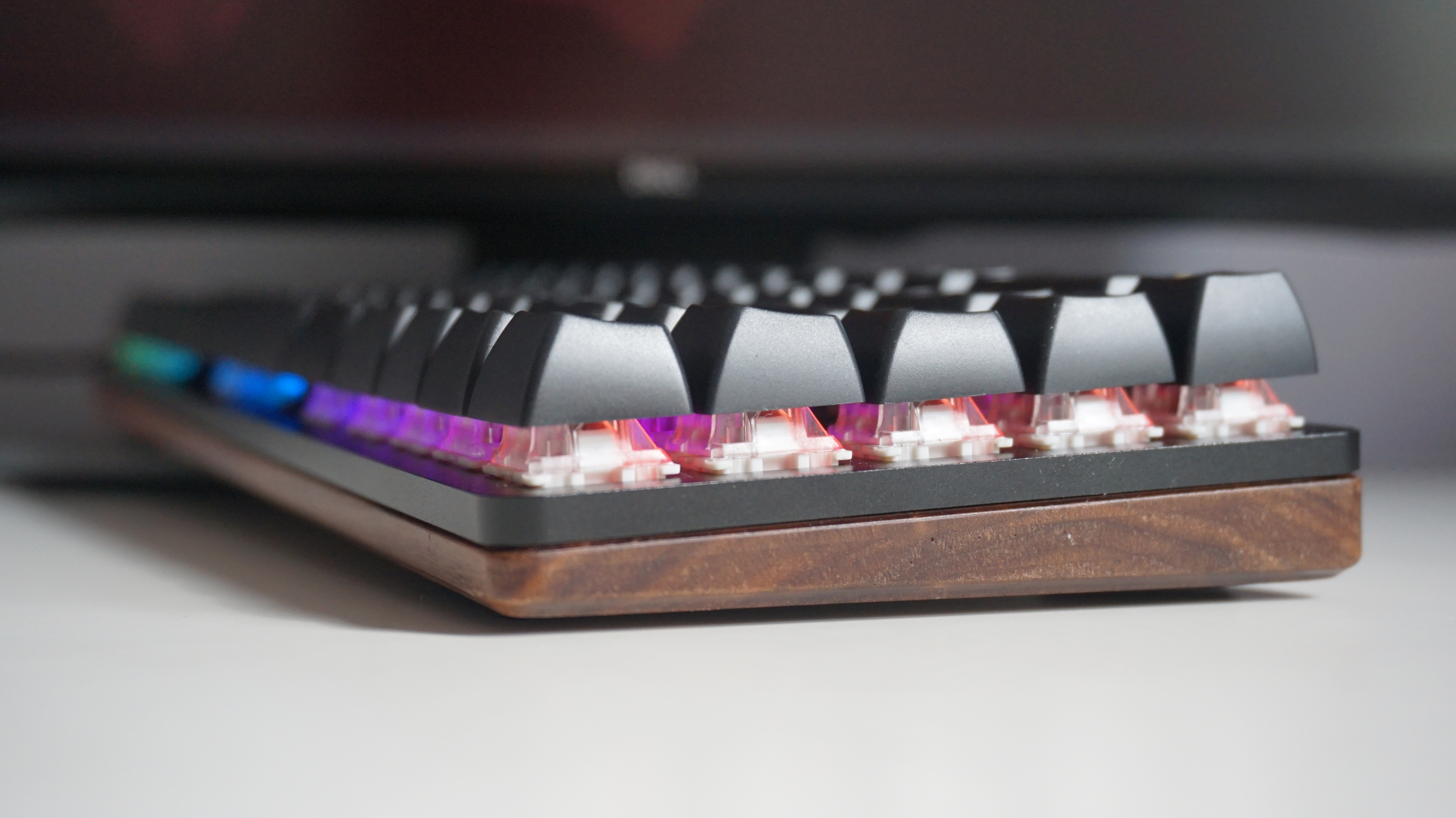 Still, I'd imagine most people will probably be perfectly fine using the Woo-dy as it comes out of the box. Sure, its wireless Bluetooth support may be a bit of a disappointment, but its tactile keys, gorgeous design and compact shape make it a delight to type on, plus its wooden base has the added bonus of making me feel like I've actually been outside today instead of hauled up in my office all afternoon.

Indeed, if I was after a new compact gaming keyboard, I'd be hard-pushed to pick between this and the tenkeyless version of our current best gaming keyboard champ, the Fnatic miniStreak. The Fnatic is a fraction cheaper, and naturally comes with all the added assurances of being made by a big company with things like warranties and customer support, but if you're willing to take a chance on buying from a smaller outfit like Unick Invent, then there's plenty to like here.

So, if you do, in fact, find yourself pining for a Woo-dy, you can currently pre-order one over on its already 200% funded Kickstarter campaign page. With an estimated delivery window of December later this year, the early bird price for the Cherry Woo-dy is $99 at time of writing, while the Walnut version I was sent for review is $119.