Zombies, demons and... music? This week's free rotation on the Epic Games Store is an odd mix-up, that's for sure. You know the drill by now - from today until next Thursday, World War Z, Tormentor X Punisher and Figment are free to keep forever over on Epic. Once Thursday rolls by, it's back to full price they go, replaced in kind by Gone Home and Hob.

World War Z's a bit of a surprise, having not shown up in last week's preview of upcoming free games. It's an utterly bizarre thing, resurrecting an already well-buried flick to frame its Left 4 Dead-style horde blasting.

It might not be anywhere near as charming as Valve's shambling classic, but Saber Interactive mixed things up with classes, persistent progression, and a story that has the liberty to explore zombie-infested hellholes across the globe. Get a few friends in, and I'm sure it'll be a blast.

Tormentor X Punisher, meanwhile, was once described as "the Doom box-art come to life" by departed RPS-er Adam Smith. It's a brutal, arcade distillation of that game's delightful bloodshed in a top-down twin-stick. Rounds are short and bloody, kiting enemies 'til one slips your grasp, and using obtuse tactics to trick-up your weapons and multipliers. A jolly good score-chaser, that. 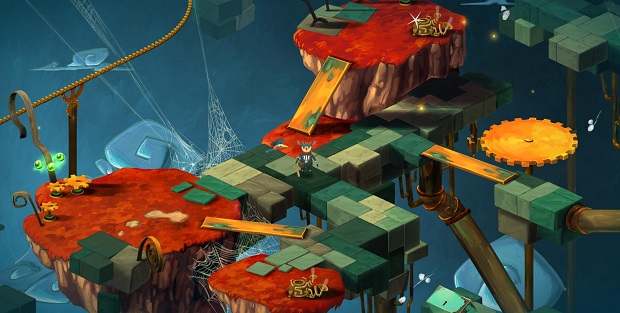 Figment, the outlier, doesn't have any gore whatsoever. Or, at least, I think it doesn't. Instead, Figment is a strange, surrealist adventure that looks as though someone turned storytelling board-game Dixit into a virtual dreamscape - one where visuals and music are intertwined in delightful harmony. Here once again is RPS departee Adam describing it thus:

"The isometric world is beautiful but it’s the way the scenery comes alive as you explore that really makes it shine. Almost all of the elements that make up the world bounce or sway and start to add to the soundtrack as you approach them. It’s a dynamic score that is visualised in the world as it plays, and I adore it."

There you go. Something charming to pick you up after wiping gore off your boots.

All three are yours to pick up and keep forever (or however long "forever" is in digital storefront terms) over on the Epic Games Store. Next Thursday, they'll be replaced by two new games - Fullbright's breakout empty house explorer Gone Home and Runic Games' action-adventure swan song Hob.