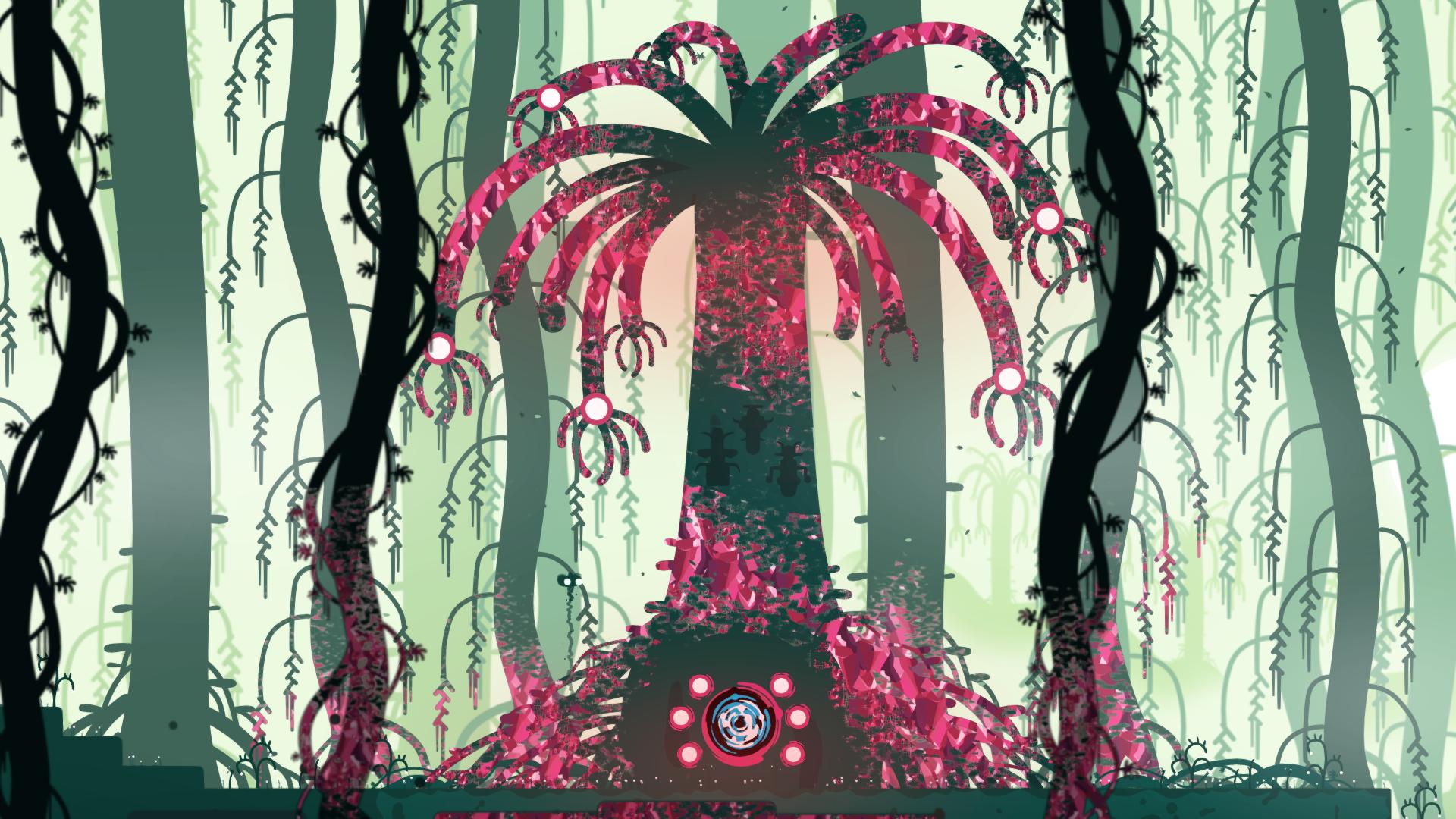 In the game you play a small blob with two glowing eyes, who can jump and dart and that's it. Which makes the glowing orbs you're aiming to collect - seemingly to remove corruption from the world, because hey, it's a platform game - a tricky feat. Except that, when a platform is a solid colour, it means you can knock it out of shape in various, limited ways. Need to reach higher? Biff it from below to bend the middle section up into a step. Need to trap an enemy? See if you can knock that long thin vertical platform down a bit. Can't knock it down? Boff a hole in the ground beneath it, and then try.

As I progressed through its many dozens of puzzles, it intuitively taught me more notions and possibilities, while introducing the inevitable further complications, rather pleasingly mixing up the immediately solvable with the proper head-scratchers. And I'm not going to get into more specifics of what those puzzles are, because so much of Semblance is about the wordless discovery of possibilities. 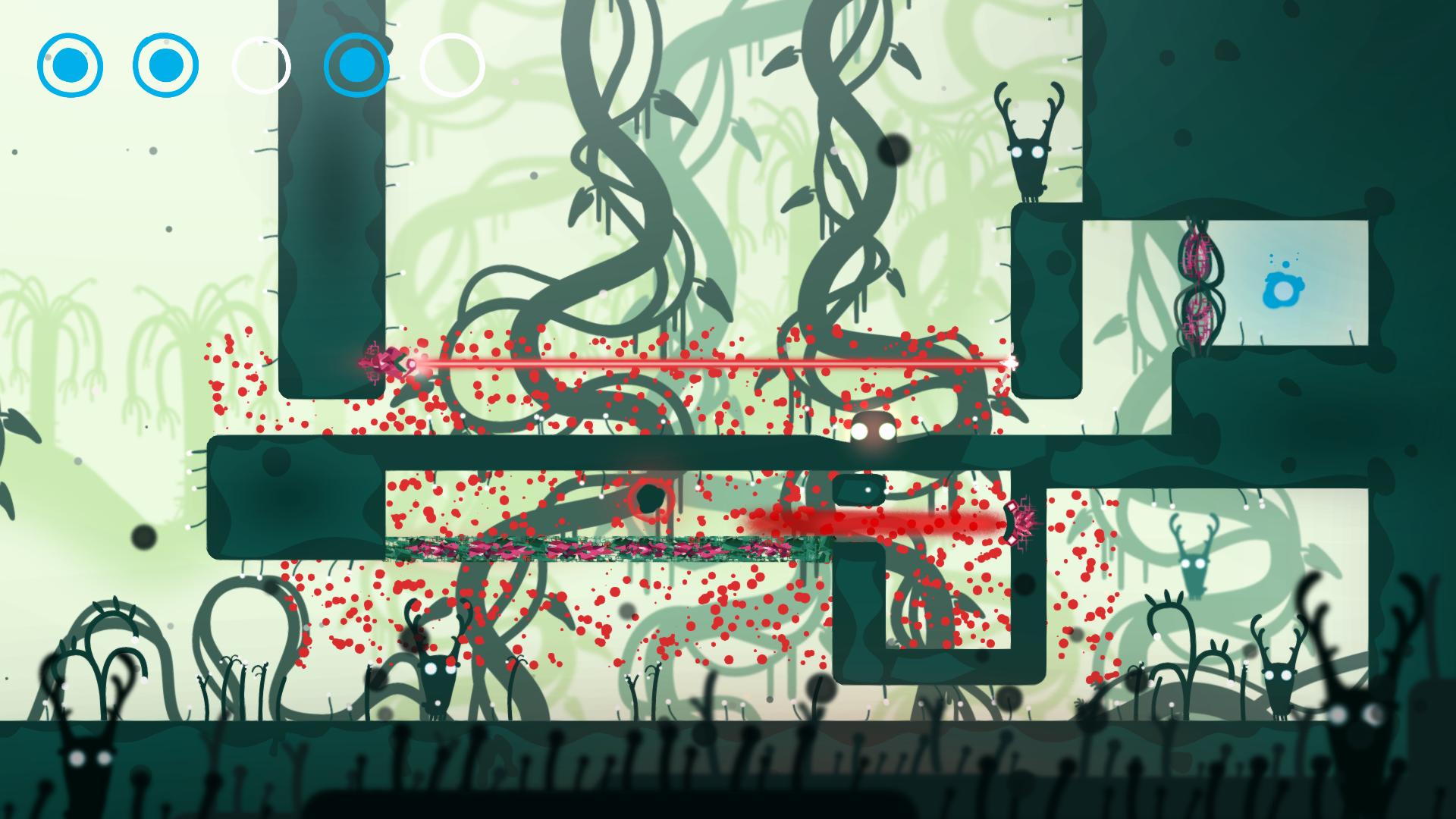 What I will get into more, however, is the smartness with which it's all delivered. First and foremost, this is a game that doesn't lock any of its levels behind a gate! Oh sweet mercy, what joy it is to find a puzzle game that just lets me carry on if I can't solve one of its challenges. There are a couple along the way that are properly devious, and that they don't just lock me out from playing on is a blessing. Can't get an orb? Move on to the next one. Can't finish all the orbs in a tree? Move on to the next tree!

It's so dumb that this is something to celebrate, but it truly is. Trees remain partially corrupted until you've solved every puzzle, so you'd have to be an actual monster not to want to go back to make sure they're done at some point. But moving on to solve a bunch more is great breathing room before going back with fresh eyes. 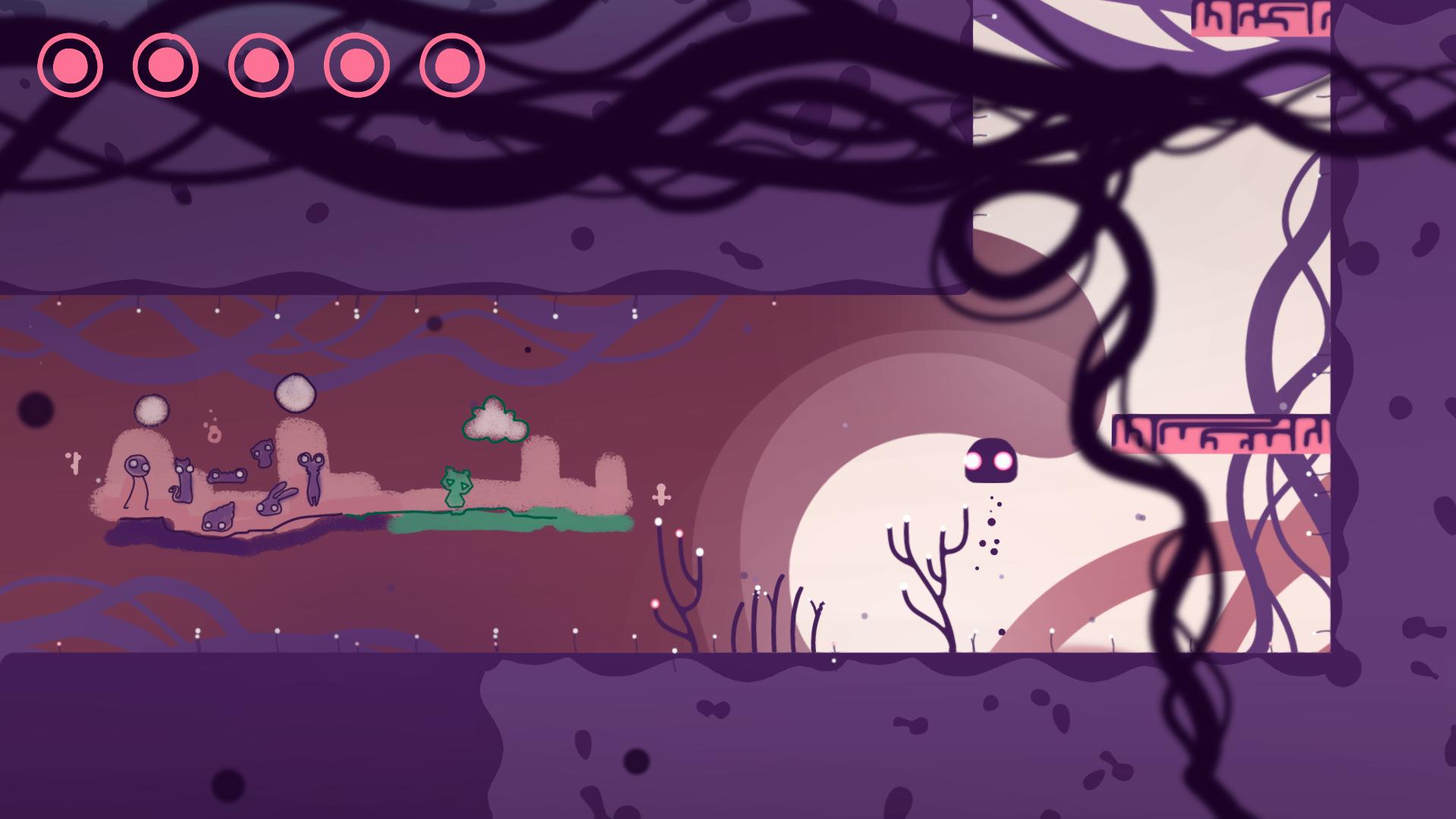 I also love that it recognises failure does not require repeating swathes of success. If you bump into one of the many deadly lasers or creatures, it'll restart you pretty much exactly where you just were. However, crucially, it's too smart to let you use this to your advantage, so will reset any elements of a puzzle that'd mean death aided you with solving. That's proper clever.

And, as I mentioned, it mixes up difficulty. That's again very unusual in such games, where there's normally an attempt at a curve. But here it works so well to be given a few gimmes after getting stuck for a long while. It reinvigorates enthusiasm, gets you back in the flow.

All these points are essentially to say: Semblance knows how to be difficult, without being a dick about it. 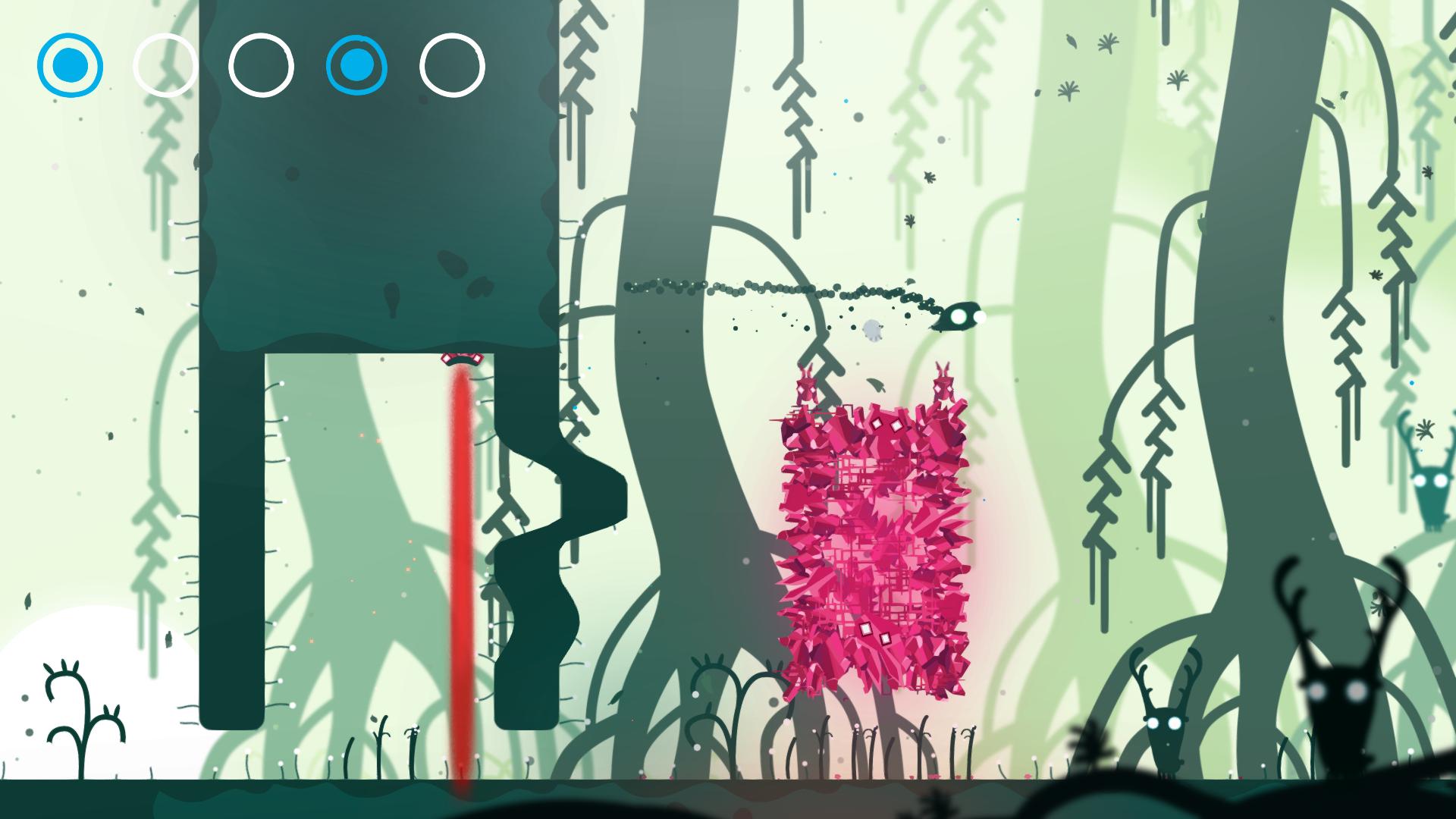 However, it's really rather glitchy, too. Too often I've found my little blob getting stuck in bashable scenery, which means having to reset a whole section. And more frequently, the biffing hasn't moved platforms as you might hope, or caused odd spasmodic reactions. These are easily rectified; just a button press resets the nearest malleable objects, and that's often something used to solve puzzles too. But still, it's a shame that it feels a touch fragile to play. Oh, and this may seem picky, but it really needs a "Click A to enter" option on the trees - it is ridiculous how often I accidentally travelled into or out of a level I didn't want to.

The glitchiness is my only hesitation in wholeheartedly recommending Semblance. But it's vital that you know I've had a thoroughly good time with it. Not just because the puzzles are so smartly designed, but also the cartoon graphics are a complete joy, and the music is some of the best unobtrusive ambient pleasantness I've heard in a long while. This is a properly good debut from South African developer Nyamakop, and a genuinely interesting take on puzzle platforming.

Semblance is out today on Windows and Mac, via Steam and GOG for £6.99