The Spectrum Retreat is a game that really wants to be the new Portal, and I can respect that. It’s good to be ambitious. But raw ideas matter less than their implementation, and when it comes to execution, The Spectrum Retreat doesn’t quite manage to reach the level of polish and elegance it aspires to.

The game’s atmosphere is, at first, decidedly Portalesque. You wake up in a hotel room. The place is white and golden, all clean surfaces and smooth curves. Elegant. Perfect. Deserted. You are alone. Robotic servants tend to your every need. You don’t know why you’re in the hotel, but you’ve been here for a while.

Everything changes once you receive a call from Cooper, a mysterious woman (cheers to the voice actor, she’s fantastic) who wants to help you escape the place. Her gentle voice guides you inside the control rooms behind the façade of the hotel, and at this point, the game morphs into something else: a refined version of SPECTRUM, the game that won designer Dan Smith a BAFTA in 2016. 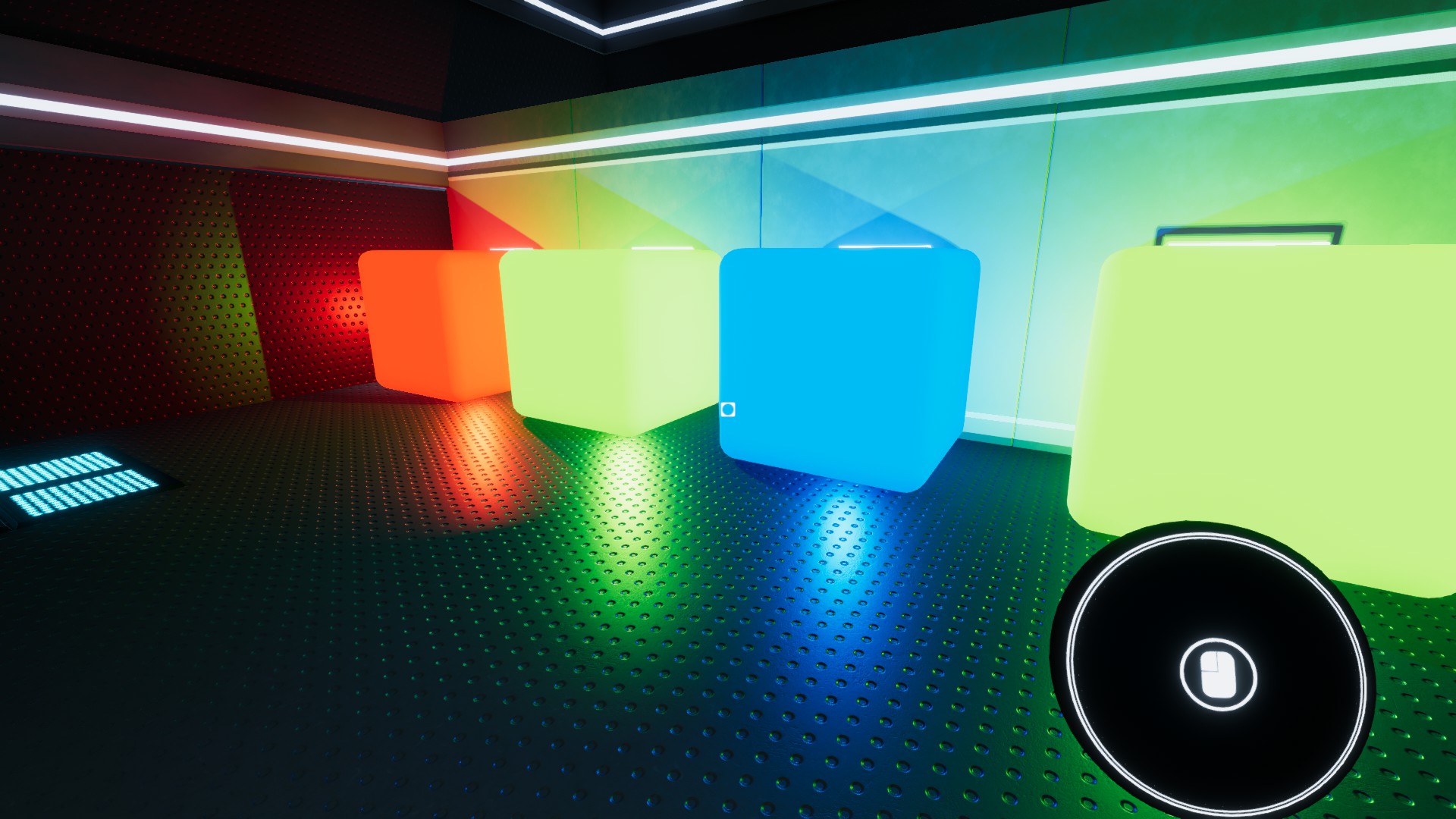 Clean rooms and metallic servants give way to sterile lab rooms. You are still alone, more alone than ever, but now you have a mission: solve puzzles. Because reasons. See, the strange round phone Cooper uses to communicate with you also doubles as a colour-catching device, allowing you to suck colours from glowing cubes and use them to manipulate coloured barriers. (And I’m happy to report there are accessibility options for colour-blind people).

What the game doesn’t quite explain is that your device doesn’t absorb colours, but swaps them. When you take some red from a cube, you’re not leaving it blank and colourless: you are swapping the default white colour inside your phone with the red of the cube. Confused? I was as well. I found the tutorial levels opaque, and the mechanic only really clicked for me after more than an hour of solving puzzles without quite understanding how I was succeeding.

I also thought that to open a door, you needed to fill the nearest cube with the right colour, in classic puzzle-solving fashion. When more colours started to appear, though, I finally realized that what actually matters is the colour you hold in your phone: pick the red one, and all the red barriers will disappear. Switch to green, and all the green barriers will open, while the red ones will close again. 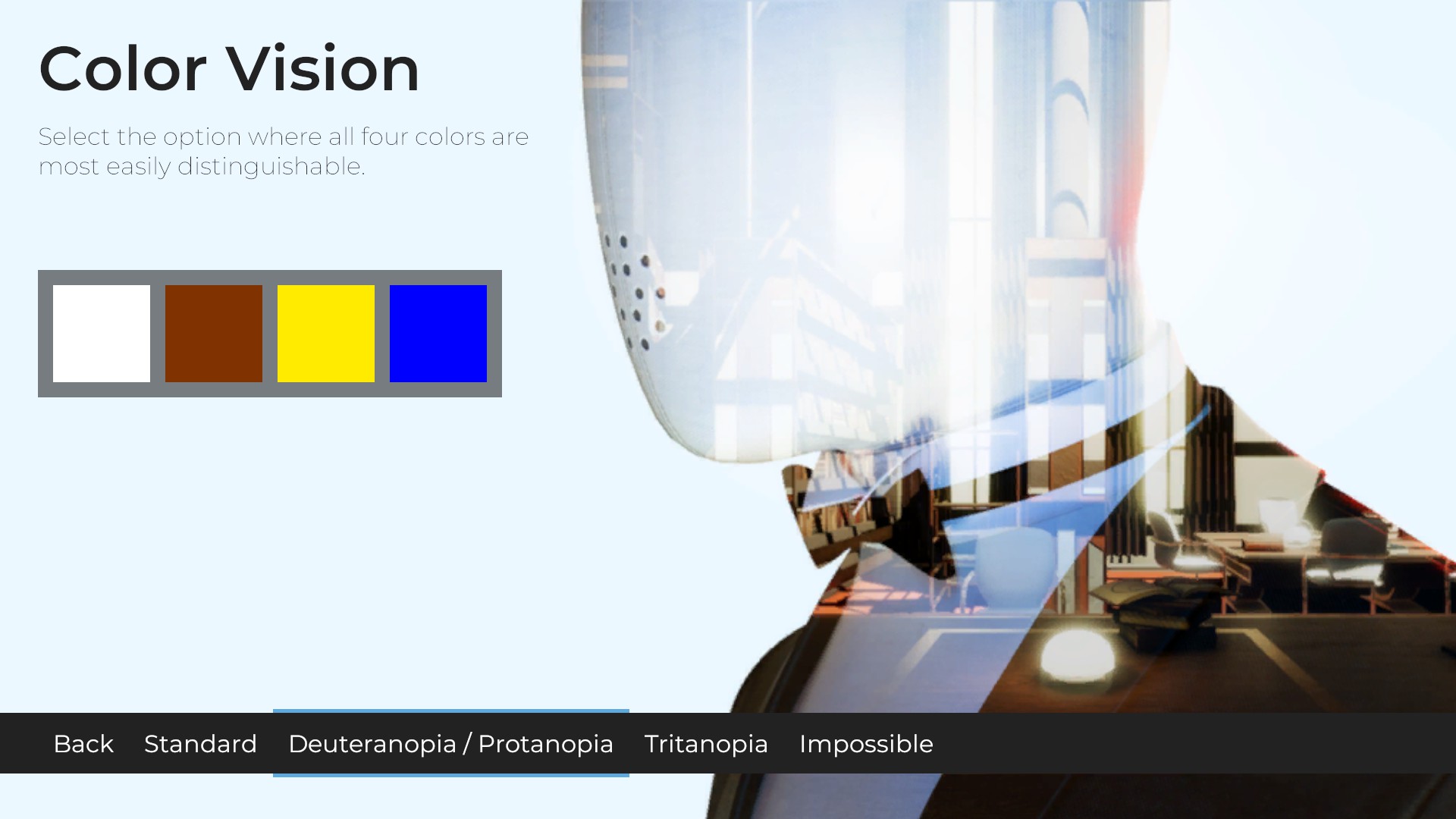 After you solve a series of puzzles you’re back at the hotel, ready for a fetch quest to unlock the next batch of levels. Those are the sequences I liked the least: the looping corridors are disorienting, the clues are often vague, and it’s very easy to get stuck. Horror is the only emotion that saved me from tedium.

Now, I’m not a queasy person. I like gore. I can stand jump scares. I only have two sworn enemies: spiders, and perfectly motionless mannequins who pop behind your back like that creepy teleporting Watson.

Luckily The Spectrum Retreat doesn’t feature spiders. It’s a very clean hotel. It does feature plenty of unnerving mannequins, though. I spent most of the hotel segments moving cautiously, expecting to see the blank face of one of them pop up at every twist of the corridor. It was mostly paranoia, fueled by the delightfully unnerving soundtrack. This isn’t quite a horror game, but the unnerving bits are a welcome distraction. 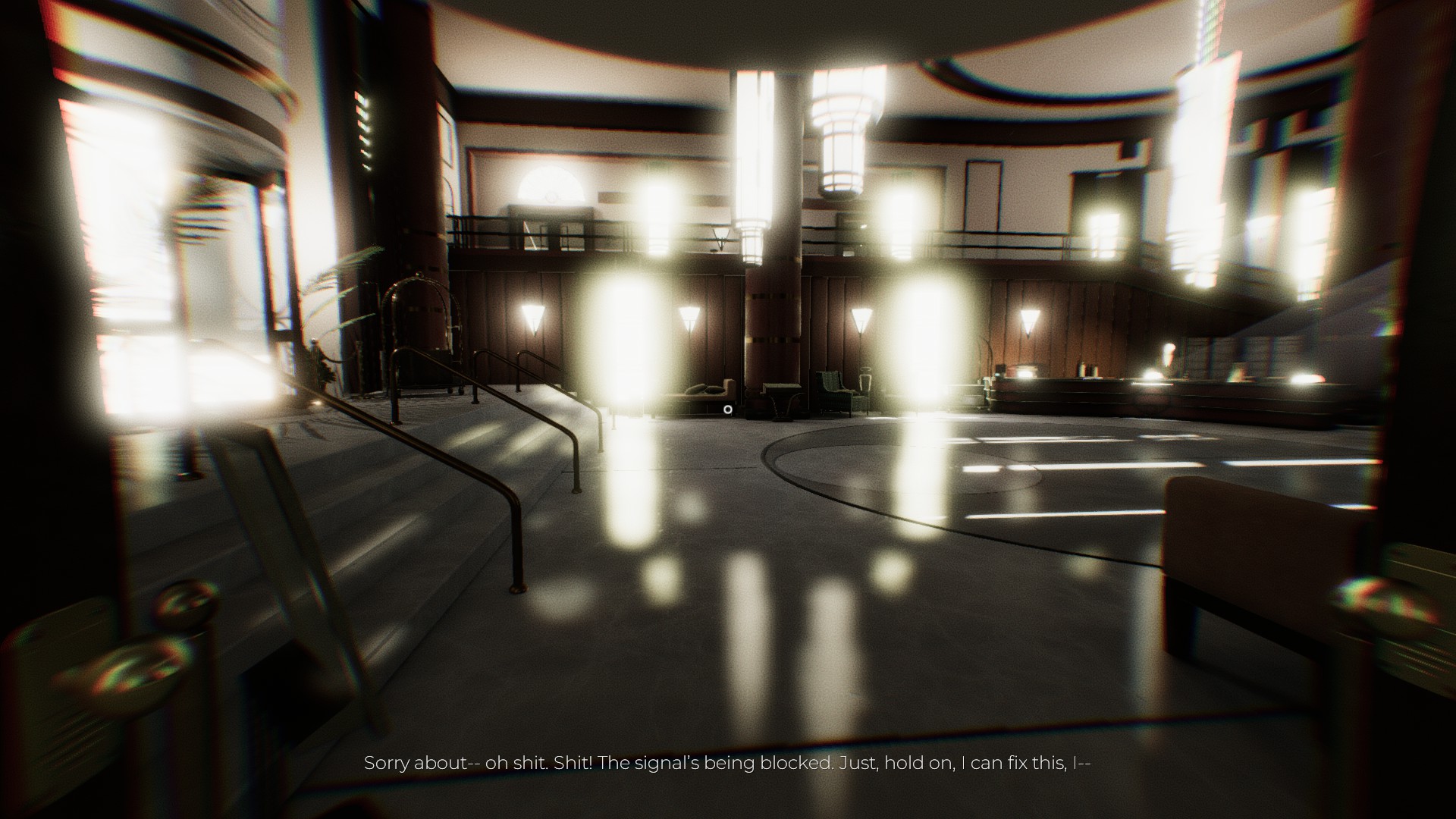 The puzzles and the hotel strands seem, at first, to be somewhat unrelated. As you keep playing, though, the story bits start seeping between the seams. Out of place details, like bright tables in lifeless rooms, slowly reveal a dim tale about illness, despair, and the money-fueled injustices of the American healthcare system.

The story is well told, although not devoid of overdramatic Hollywood tropes. A child is ill! Everyone talks loudly about their emotions! Someone may or may not be in a coma! It’s an enjoyable ride, but also contains one of the most jarring twists I’ve ever experienced in a video game. Without spoiling too much, there is a revelation that only makes sense if the player character is a man. At no point is this established beforehand: the game just assumes that you’re male. Being a woman myself, I played half of the game happily accepting I could be a woman trapped in a hotel, only to discover that I was actually playing as a completely different character. It got very difficult for me to feel connected to the plot after the revelation.

But let's look at our Portal checklist. So far we’ve got a mysterious woman who gives you cryptic clues, sterile lab environments and a novel puzzle mechanic. Check, check, check. Where The Spectrum Retreat fails to be the new Portal, though, is in giving you the sensation of being a genius. 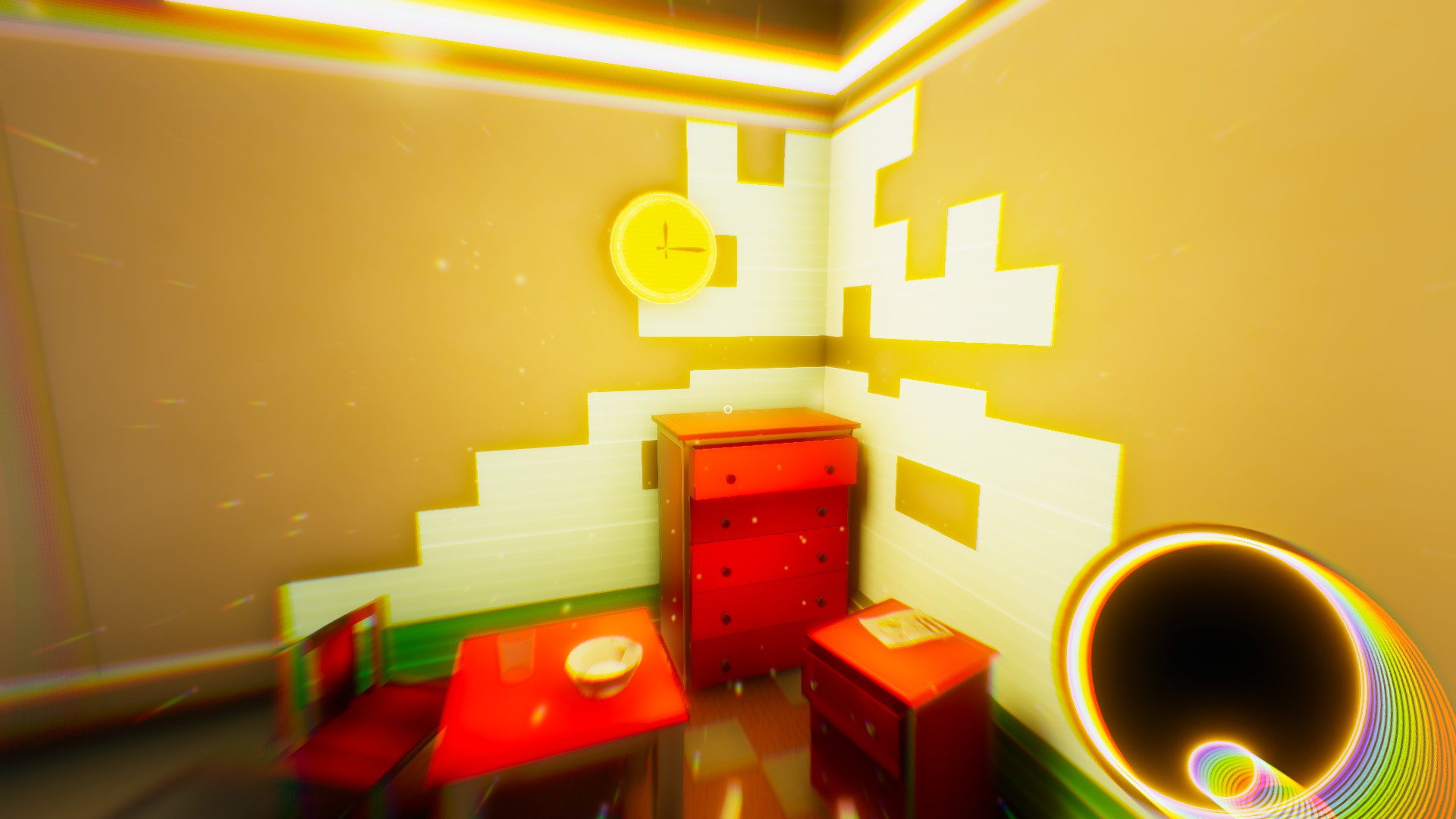 At its best, The Spectrum Retreat’s puzzles feel satisfying. You hop around, swap colours, open barriers and, as the game progresses, get new powers that keep things fresh. All too often, though, I felt like I stumbled on a solution instead of working towards it. Completing a level is often a matter of trial and error. There is no sense of exaltation: you are just following an invisible set of instructions.

It’s also way too easy to put yourself in a dead end, accidentally overwriting a colour that will be useful later. There is a “restart challenge” option on the menu that I’ve used way too many times, but it resets the entire room, forcing you to repeat the same motions up to your mistake. The final level is especially guilty of this, with multiple interconnected rooms, many ways to get stuck, and no checkpoints. Between the frustration and the bombastic revelations of the plot, which made my character feel more and more like a stranger, I reached the end of the game with a deep sense of emptiness. The experience has not been unpleasant, but it didn’t make me care.

The Spectrum Retreat may be the perfect holiday resort, but I can’t really say I’ve enjoyed my stay.