World Of Warcraft Classic is here to stay. Good job, everyone. We've successfully avoided dealing with 2019 by hiding inside a 15-year-old MMORPG. But Warcraft didn't get those terrible Mr T commercials by staying put, and even its retro throwback must evolve or perish. With that in mind, Blizzard are ready to roll out the next phase of Classic's rebirth. Phase 2 of Classic is ready to roll out, bringing honour-bound PVP points, a new (old) dungeon and two frightful world bosses into the fray. But only once Classic's realms put their dimensional splinters back together.

Speaking to PC Gamer, game director Ian Hazzikostas revealed that the second of Classic's six phases is due to arrive before the end of the year. That means there are less than three months to wait for a new dungeon, two new roaming bosses and an overhaul to wager war in the wilds.

Looking for a new adventure to fill the final torturous hours to level 60? Phase 2's biggest addition is Dire Maul, a labyrinthine elven fortress in the depths of Feralas. Recommended for players levelling through their mid-late 50s Dire Maul is a proper maze of a late-game dungeon full of killer trees and ornery ogres. 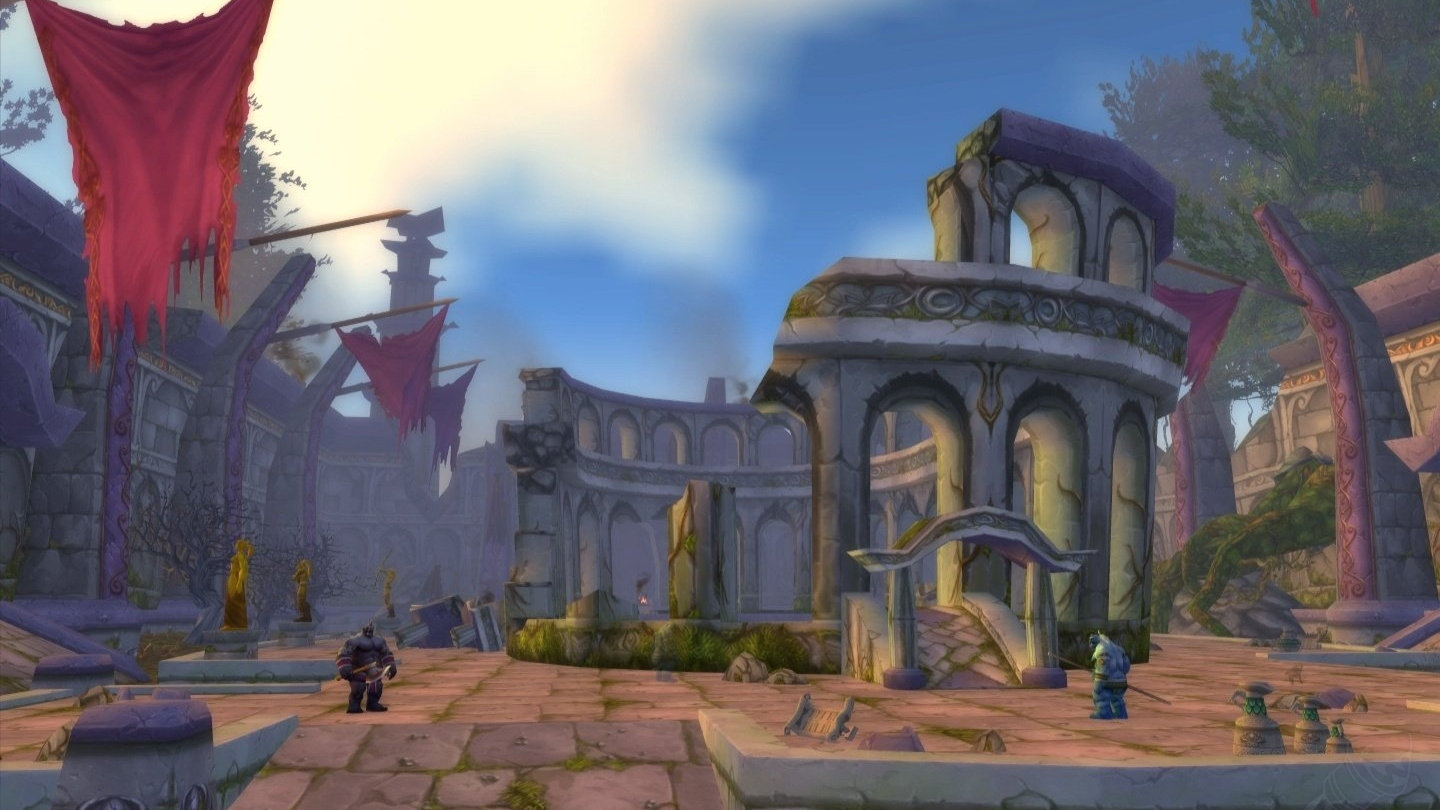 PvP is also about to get a whole lot more complicated. For now, players might've just ganked you be malicious. But there'll soon be a material incentive to pick fights with strangers. The Honor system and all its rewards arrive in Classic Phase 2. Fighting honourably nets you points, letting you climb the ranks of Horde or Alliance.

Eventually, you might even gain access to locked buildings in Stormwind and Orgrimmar, quartermasters offering bounties of swish new outfits and weapons. Of course, dishonourable combat will harshly decrease your honour, possibly keeping you out of these rewards for good.

Phase 2 also reintroduces the world bosses Kazzak and Azuregos, which is in part why Blizzard have been holding off on dropping the update. Layering - the crafty server-fiddling tech that tried to stop servers from overflowing - would've been pretty easy to exploit to make sure the right boss is in the right place in the right time.

"When Kazzak is up, we only want one Kazzak," Hazzikostas told PC Gamer. "That's kind of a central dynamic of how that needs to play out in the outdoor world."

It's taken a minute for the servers to simmer down. Classic's launch was plagued by colossal queues, and servers had to be sheared into various layers just to keep the wait from lasting days at a time. Adding more servers was also out of the question. Classic's launch numbers would never last, after all.

"Without layering, we simply would not have been able to accommodate anywhere close to the number of players we have on our servers. And with some of the natural attrition that we've seen, we would've had a number of servers right now that are underpopulated. Instead we had servers that were, due to layering, effectively massively overpopulated even with login queues, during the first couple of weeks, that have now stabilized at large, healthy populations that can endure for the months and years to come."

However, Hazzikostas figures layering is mere weeks from retirement. Most of the busiest servers are down to under a handful of layers each, while 13 have permanently locked themselves to a single layer.

Once that's all sorted, Phase 2 should be ready to roll on in.