To see Yume Nikki appear on Steam feels like the closing of an era. This surreal game is a relic from a bygone age, when the concept of “indie” was still strange and the World Wide Web felt smaller, darker and more mysterious. It’s the stuff dreams are made of, which is fitting, since it revolves entirely around sleeping.

Released in 2004 by Japanese game developer Kikiyama, Yume Nikki (“Dream Diary”) is about a girl exploring bizarre and horrific landscapes every time she falls asleep. Despite being made with the RPG Maker engine it’s not an RPG, but a proto-walking simulator entirely focused on exploration and atmosphere. It was never meant for a Western audience, but someone liked it enough to translate it into English. It became a cult game.

There are many reasons for its popularity; here are a few of them. It features a cute Japanese girl as protagonist, runs on almost any machine and is easy to play. Its dreamy imagery encourages discussion and dissection. This led to the birth of many theories about its story and inspired enthusiastic fans to create similar games. 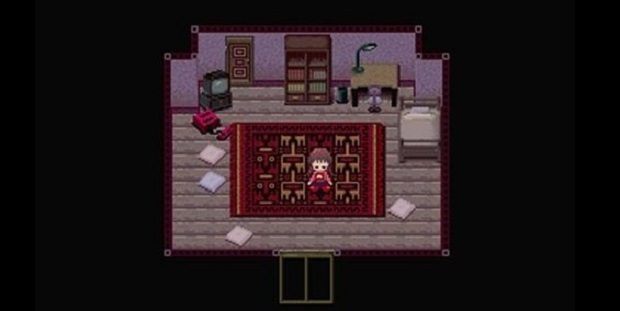 But most importantly, Yume Nikki had the memetic quality of a creepypasta and it spread much in the same manner, through word of mouth and via imageboards. While not truly a horror game, it does make you feel like the protagonist of a horror story, peeking under the many layers of the game to uncover mysteries you weren’t really supposed to see. Playing it was like listening to that kid in the schoolyard who would tell you about some convoluted procedure to catch Mew in your Pokemon game, totally for real, believe me. Only this time, there really is something underneath that truck.

The best way to approach it for the first time is with your eyes blinkered. Don’t read guides and don’t watch Let’s Plays, lest the assorted secrets of the game become just a bucket list for you to tick off. The game may be old, but it’s still a fascinating experience, albeit a bit rough around the edges.

The first hours are, sadly, the most frustrating, and that can push people away before they fall under the game's spell. The first worlds you can visit are looping, desolate and huge, and it’s easy to run in circles and get lost (a small hint: there’s a bicycle in one of the starting areas that will speed up your movement). It takes a while to become familiar with the landmarks, and to find the doors that will lead you into deeper, more secluded areas. As you keep exploring, you start collecting “effects”, like the aforementioned bicycle. Some allow you to explore new zones, most are just aesthetic. All are needed to unlock the ending, but there’s no pressure to reach it: the dream ends only when you want it to. 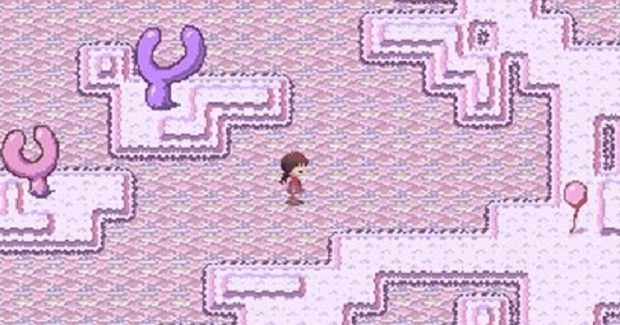 And you might not. There’s a pleasure in getting lost while exploring weirder and weirder places, but also in learning how to retrace your steps so that you can explore even deeper dreams the next night. You’re a lost child, and yet you’re always somewhat in control, free to wake up every time the dream takes a turn you don’t like. Free to wander and look for new landscapes, strange creatures and cryptic imagery.

Yume Nikki doesn't stand out as much as it once did. That's not just because RPG Maker games have become a more common sight on storefronts like Steam, but also because when it was first released 14 years ago the idea of an intentionally obscure and surrealist top-down game, with no combat and no real conflict, was much stranger than it is in 2018. Yume Nikki was a forerunner of the walking simulator in its purest form, before games like Proteus popularized the concept. It showed people that RPG Maker could be used to create games of completely different genres, spawning an entire movement of RPG Maker experiments which gave birth to the likes of OFF, Space Funeral, Gingiva and Lisa the Painful. It reminded people who played modern Resident Evil games that you don’t need polygons and hi-res graphics to get scared, inspiring a renaissance of pixel art horror games like Ao Oni and Ib. Without Yume Nikki, the whole indie scene would probably be a bit less weird. 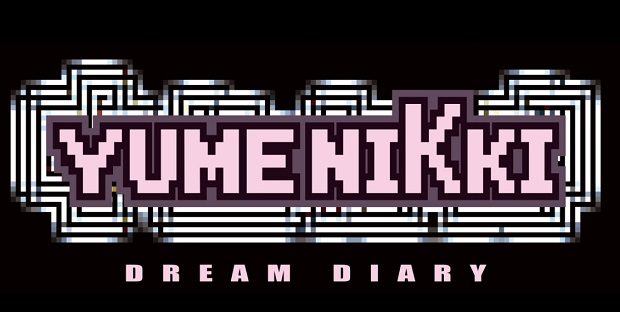 Over the years, it inspired countless fan games, art, animations, an officially licensed manga and a light novel - both made with Kikiyama’s approval, but without their direct involvement. The mysterious countdown on the Yume Nikki website indicates a sequel could possibly be in the works, but it’s too early to know who would develop it. Kikiyama, the the creator of the original, has been difficult to contact, which only adds mystique to the legend.

In a sense, Yume Nikki can be considered the House of Leaves of the videogame world. It’s a story about dark places, both in the physical and in the mental sense, and the discourse surrounding it has become inextricable from the oeuvre itself.

Perhaps Kikiyama may never give us a proper sequel, but the legacy lives on in a fragmented and vaporous form, its seminal influence still visible in modern works like Undertale.

A fitting destiny for a game made of dreams.