For good or ill, it feels like puzzle platformers are a dime a dozen these days. Stand on a thing, jump up to another thing, bounce off a trampoline – oh whoops, there was a circular saw in the way. Try doing the jump slightly differently this time, idiot. They’re like the kind of fitness benchmark tests that all PE teachers secretly dream they could do. After so much of this, The Pedestrian is very refreshing. It’s probably the most original platformer in years.

In The Pedestrian you are a little stick person – either a stickperson with a skirt or a stickperson in trousers – who exists on a 2D plane, within the signs of a city. Street signs, warning signs, chalk boards in cafes, even – in some exceptional circumstances – paper blueprints or electronic screens: if it is flat and it communicates something, you can go onto it. The goal is to make your way from the entrance to the exit of a particular group of signs, and thence to a subway train that takes you to the next bit of the city. 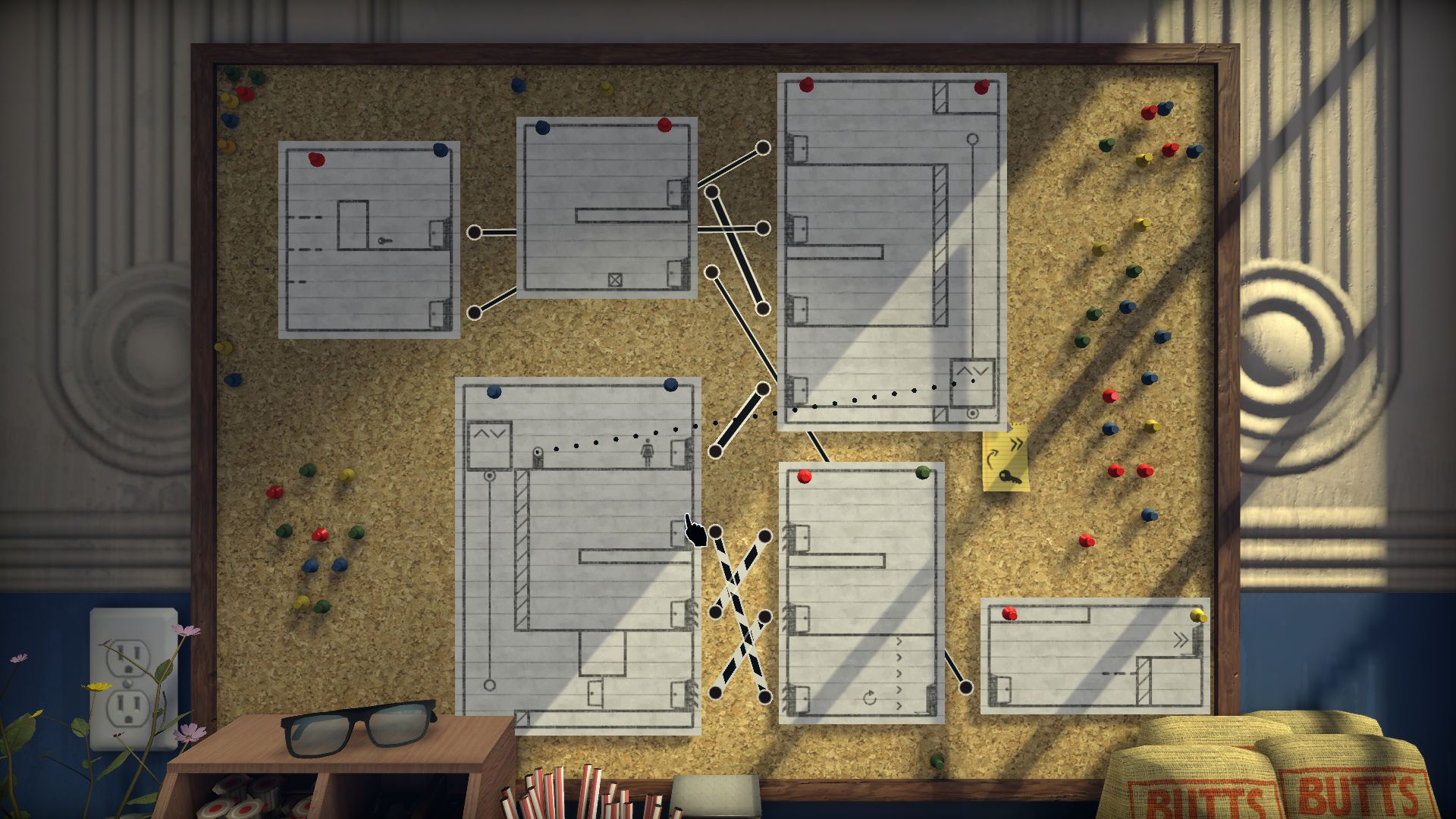 Levels are usually clusters of signs, all in different variations of that friendly oblongoid shape we all know – the chicken nuggets of street furniture that are traffic signs. Signs will each feature one side of a little ladder or a door, and you link these transit points yourself, moving the signs around on the wall so everything fits together in such a way that you can traverse the whole.

This premise is nearly perfectly executed. The way you transition seamlessly between different sign types is incredibly impressive. I particularly enjoyed being a little chalk person. Plus the music feels very much like the jaunty, swooping numbers that accompany Pixar adventure films, which is what The Pedestrian ultimately feels like.

And, acting as a contrast, the world outside the signs – an NYC-ish cityscape – is presented in lush, chunky 3D, that seems extraordinarily alive beside your flat little universe. When you’re on a sign hanging over a busy road, it’s buffeted in the wind. You climb past a giant burrito at lunch time, and find yourself on a rainy rooftop by the evening. The depth of the world behind the play area serves very well to emphasise the flatness of your metal pancake of a prison.

The outside world also hints at the larger purpose of The Pedestrian. There is, sort of, a story. Or at least a goal you’re working your way towards, which starts off obscure, but gradually reveals itself if you’re paying attention to details in the background. The ultimate point of each area – each stage in game-y game terms – is to collect a doohickey from the sign world to plug into a weird, modified gameboy that exists in the real world. “What might that be about?” you wonder. “Whose glasses are those, appearing everywhere in the city?” 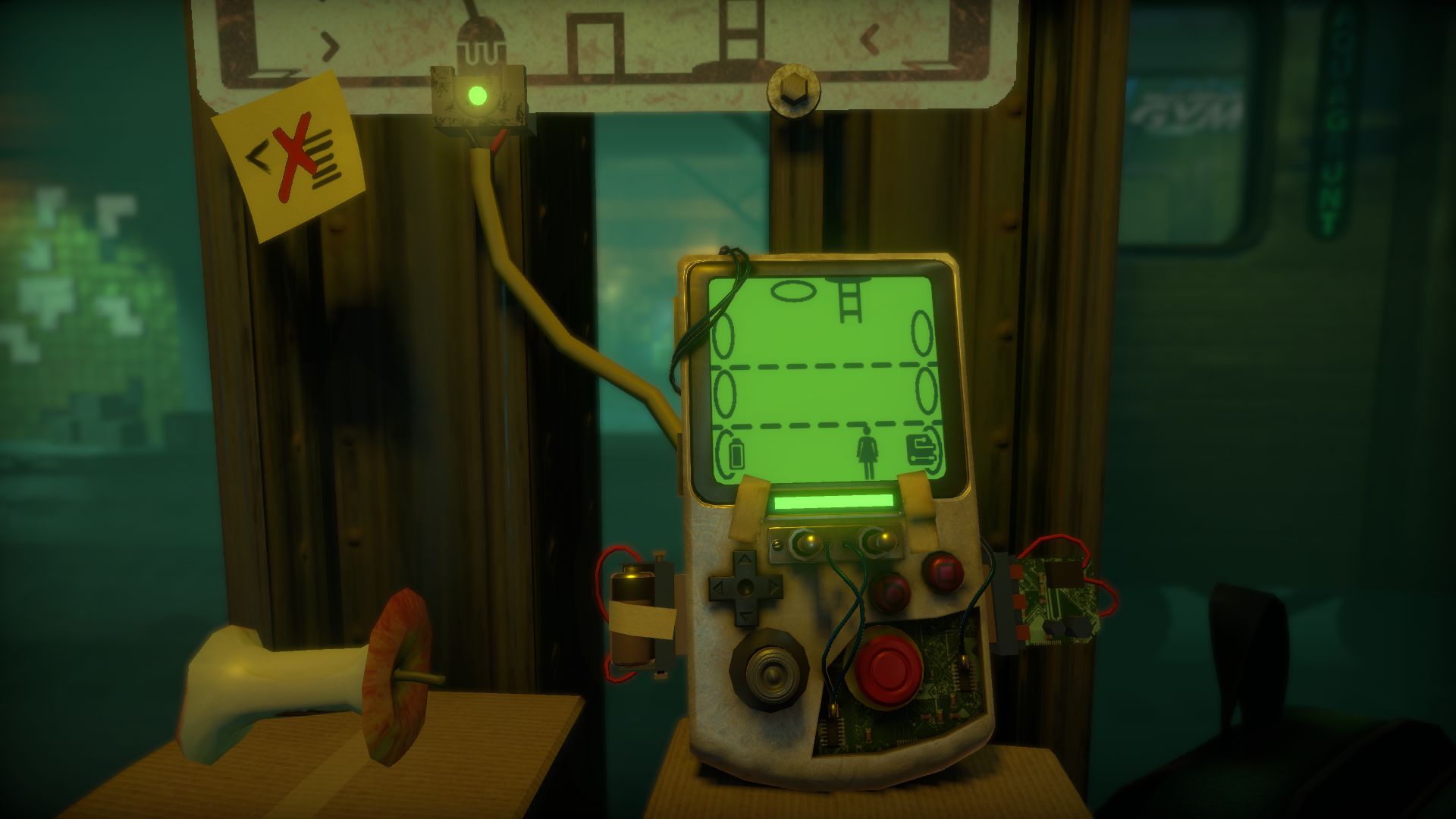 Interaction between the sign world and the real world does, therefore, exist in The Pedestrian, but in a limited fashion. Bricks or pipes might stop you moving signs around, or a gate in the real world might correspond with a gate on a sign. You can connect wires through signs to turn on both real world or sign world mechanisms. And bits like that are cool! But… you do wish they’d come along more often, and that they would happen in reverse too. The wind swinging the sign is memorable because it’s one of the few times the real world acts on the signs, rather than the other way around. I’m not saying It’d be cool if a city dog pissed half your chalk sign away and you had to jump around the resulting smudged mess, but I’m not not saying that, either.

Something like that would also shake things up a bit. The Pedestrian does a great job at introducing new concepts and steering your thinking, and the platforming itself works well, with the jumps feeling neither too floaty nor too heavy. but after a while it does feel a bit like being Neo, when he can finally see all the green numbers in The Matrix. 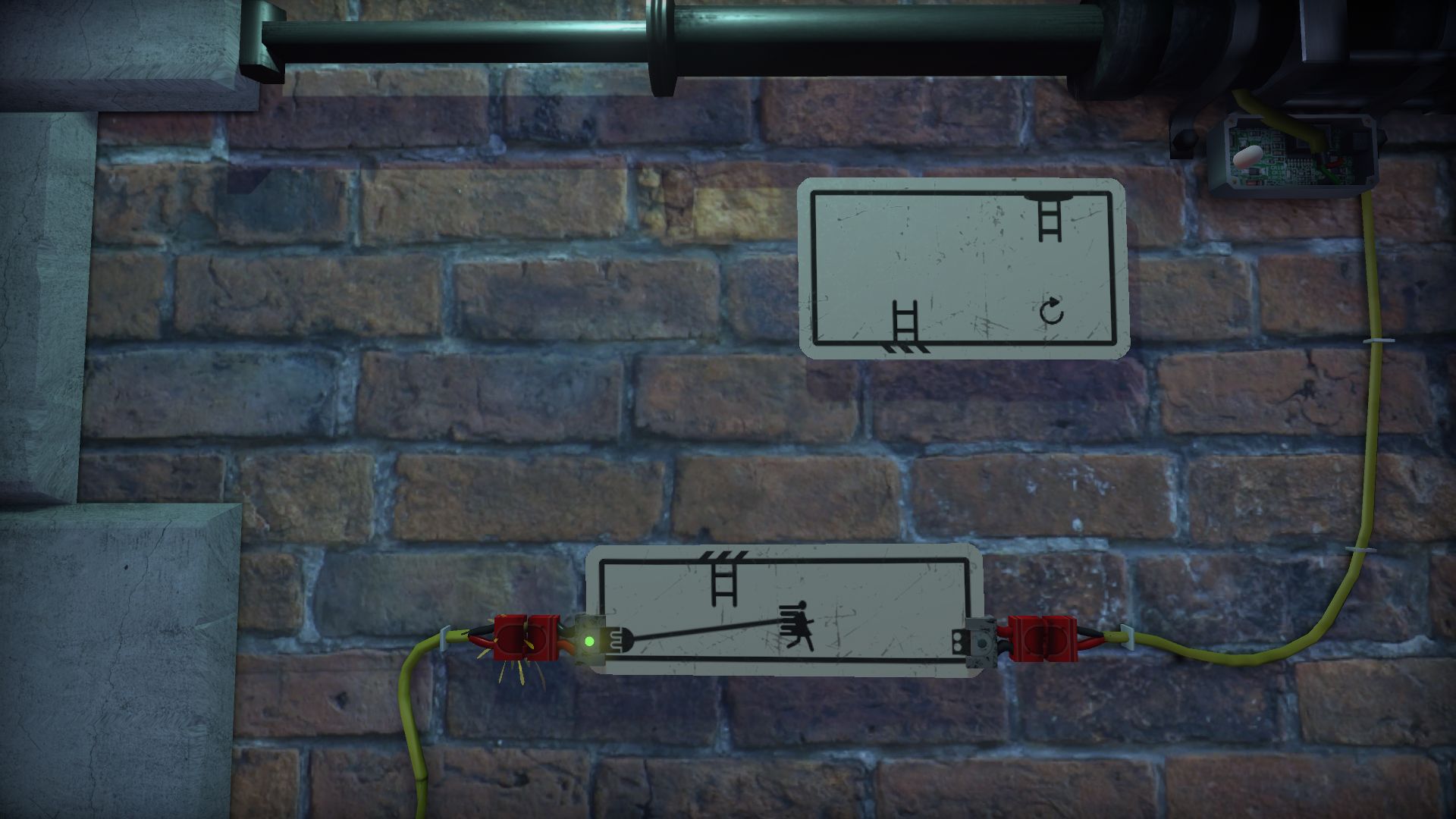 Perhaps my attention span is now just so bad that even brand new things feel old quickly, but I didn’t find any real surprises until the end of the game. In between that and the start, it quickly settled into a routine that I came to recognise, and wished I didn’t. Every time I walked into a new level, it felt a bit like it was time to do homework. Uh, muuuuuurrrm, I du’wun’na.

More about The Pedestrian