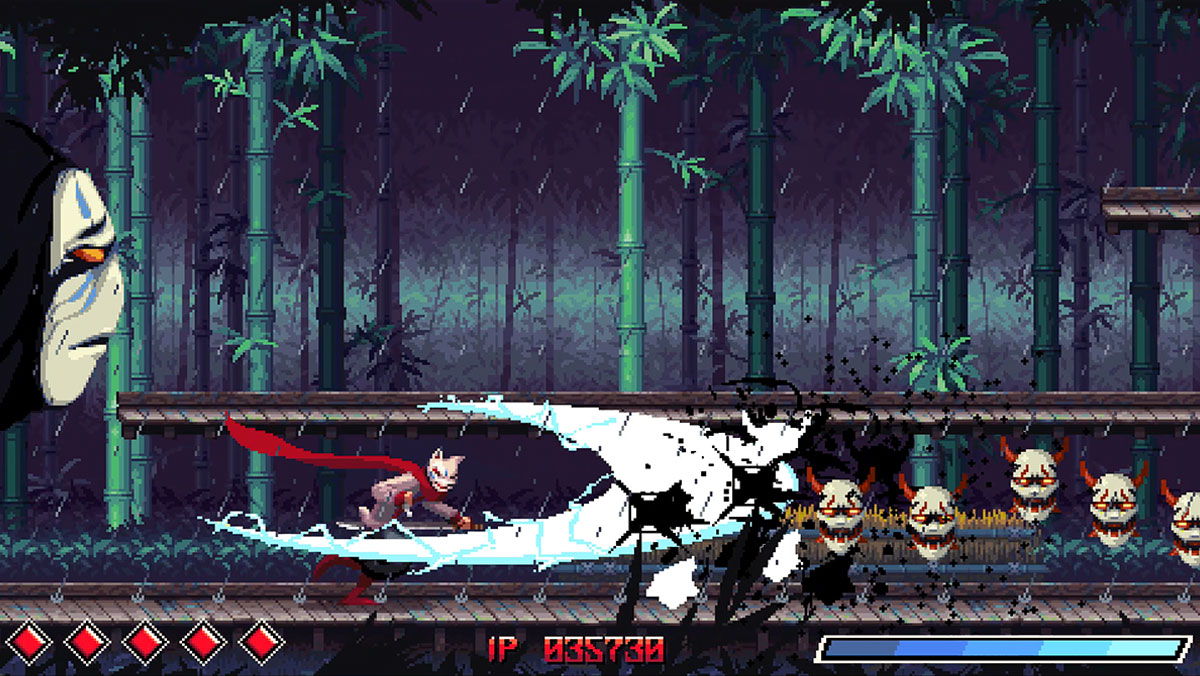 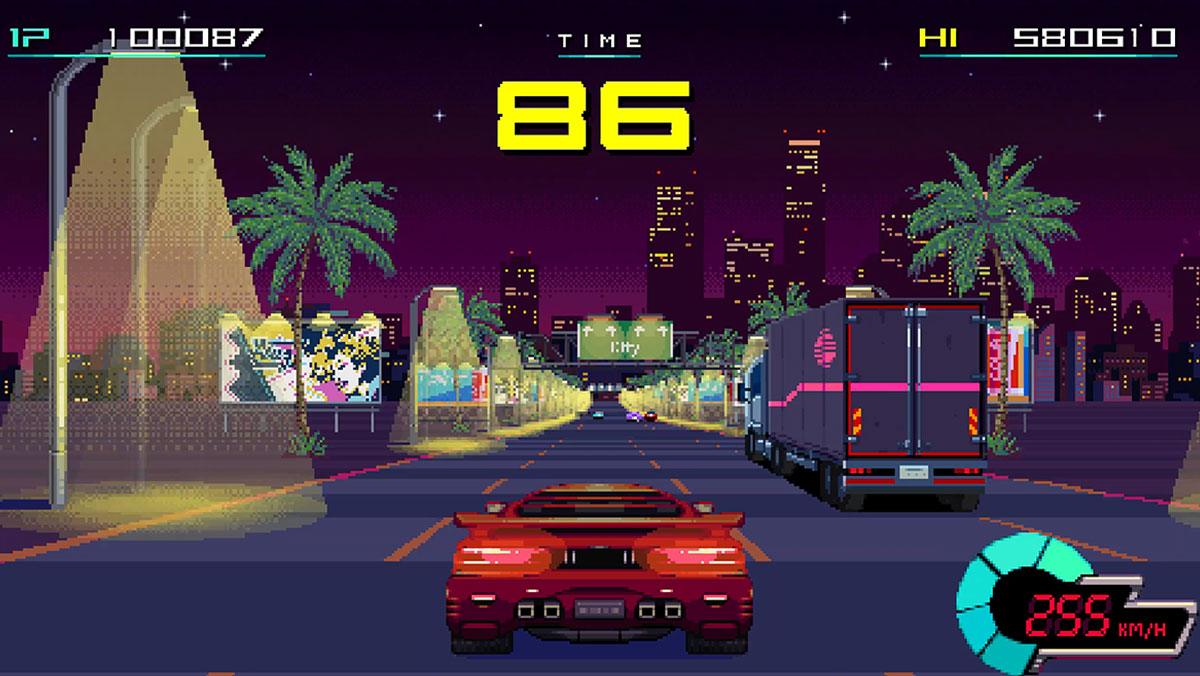 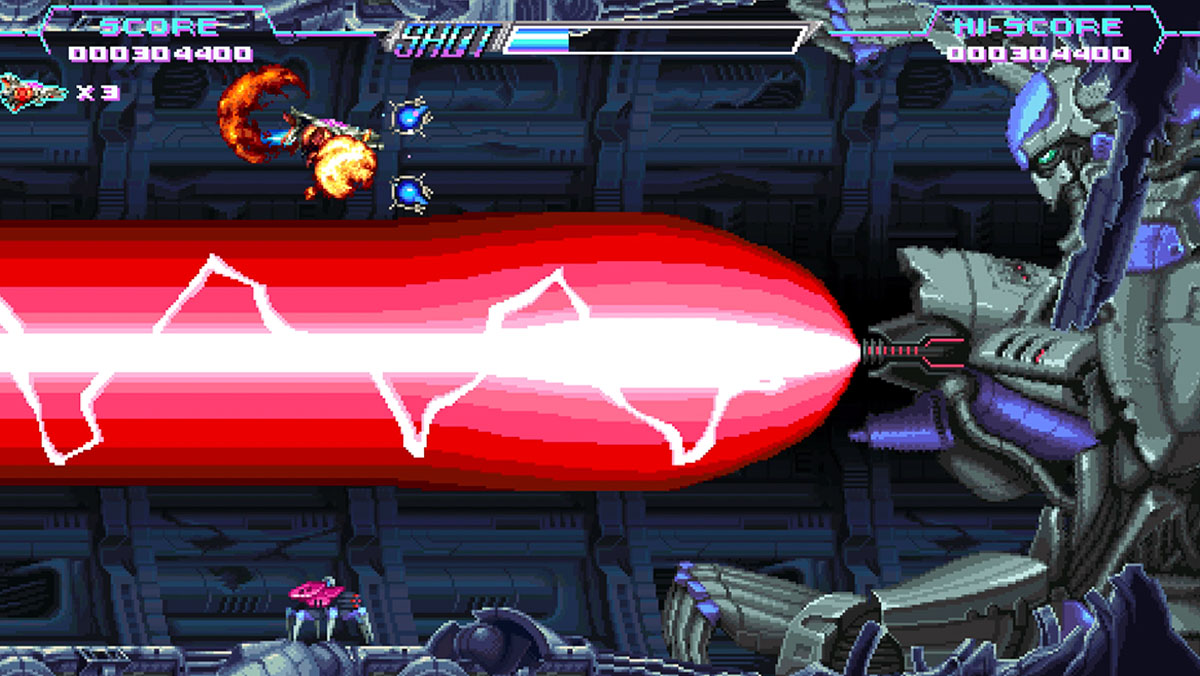 As a card-carrying '80s kid and arcade aficionado, 198X looks entirely my jam. Five virtual arcade games - four action, one RPG - wrapped around a moody teenage coming-of-age story. Featuring a side-scrolling brawler, a sprite-scaling racer, an arcade shmup, a ninja-themed hack n' slasher and a glitched-out RPG, it's a real treat to look at, if you appreciate well-animated pixels. Kickstarted a year ago, developers Hi-Bit Studios have the game on track for a June 20th release, and have rolled out a new trailer, showcasing all of the game's old-school parts. See it below.

While I'd argue that the sprites in the trailer are closer to early 90s than late 80s style, that's really just nitpicking, and debatable anyway - Final Fight was 1989. Small mostly-Swedish studio Hi-Bit seems to know their arcade games, and even roped in prolific chiptune composer Yuzo Koshiro to bulk out the game's soundtrack. Each of the five games looks very much my jam, and I'm hoping they're individually long enough to get my teeth into. Their inspirations are clear, from Streets Of Rage to R-Type, though I hope they manage to instil each with a few new twists.

While the developers are playing their cards close to their chest, they do mention that with each arcade visit, and each stage cleared on the five games, it advances the kid's story arc. Eventually, the line between reality and arcade fantasy blurs, and unexpected twists begin to crop up in the games. The RPG in particular is already rich with mock debug text, suggesting that things are going to get glitchy. I know some are tired of faux-80s aesthetics, chiptune soundtracks and chunky pixels, but I never grew out of them, so I'm putting my 50p on the cabinet and waiting for my turn with this one.

198X launches on June 20th. There's no store page for the game yet, though the Indiegogo page suggests a $25 price tag. You can see a little more on its official page here.