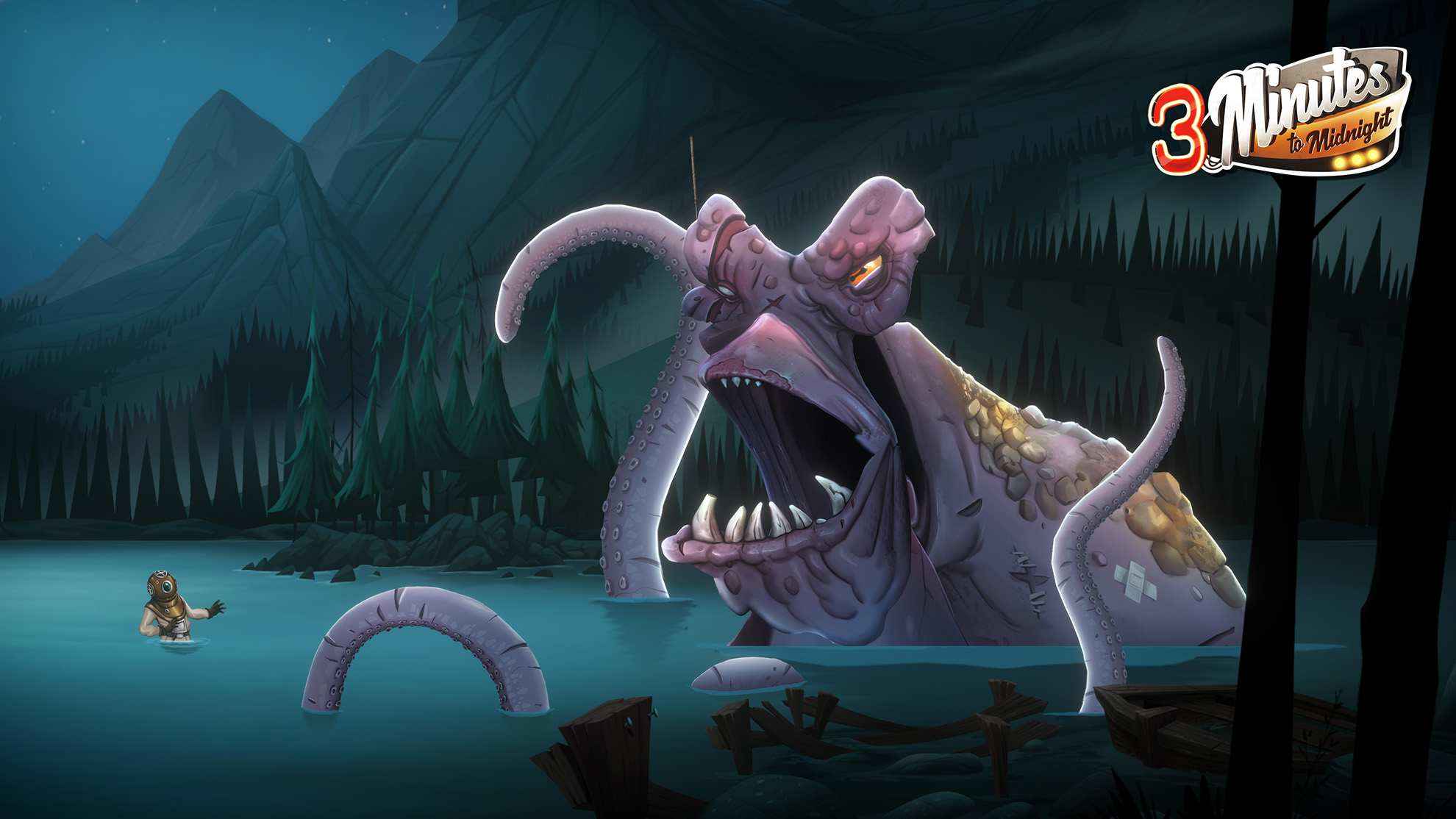 3 Minutes to Midnight is not, as my brain keeps suggesting, a sequel to a classic Maiden track, but a point and click adventure game. I played it at EGX last weekend, because I really like PnCs, as we purists definitely call them (do not check that). Those old Lucasfilm/LucasArts ones like Day of the Tentacle and the Monkey Island series were some of the first games I ever played, and they taught me how puzzles in games are supposed to be solved.

Point and click puzzle adventures have had a bit of a resurgence over the last few years, and it seems like every one of them kind of markets itself like it’s the first one to bring back the genre (3 Minutes to Midnight’s Steam page says “Yeah, puzzles -- remember those?”, as if there hasn’t been a single puzzle in a game since 1989). In this case the game is set in the ‘40s, and the character I played is wearing a poodle skirt and a letterman jacket. That’s, like, two retros for the price of one.

Betty Anderson, a plucky amnesiac teen, is one of two playable protagonists. I got to play as her in a short segment of B plot, so as not to spoil any of the puzzles in the main story. The cast of characters was suitably wacky: a raccoon, a man in a diving suit hunting a lake monster, and a girl playing host to three different personalities. She had a strong Laverne from Day of the Tentacle vibe. I was also a fan of what developers Scarecrow Studio describe as “high-def cartoon art”. The game has a cool Saturday morning cartoon vibe to it that I was really into. 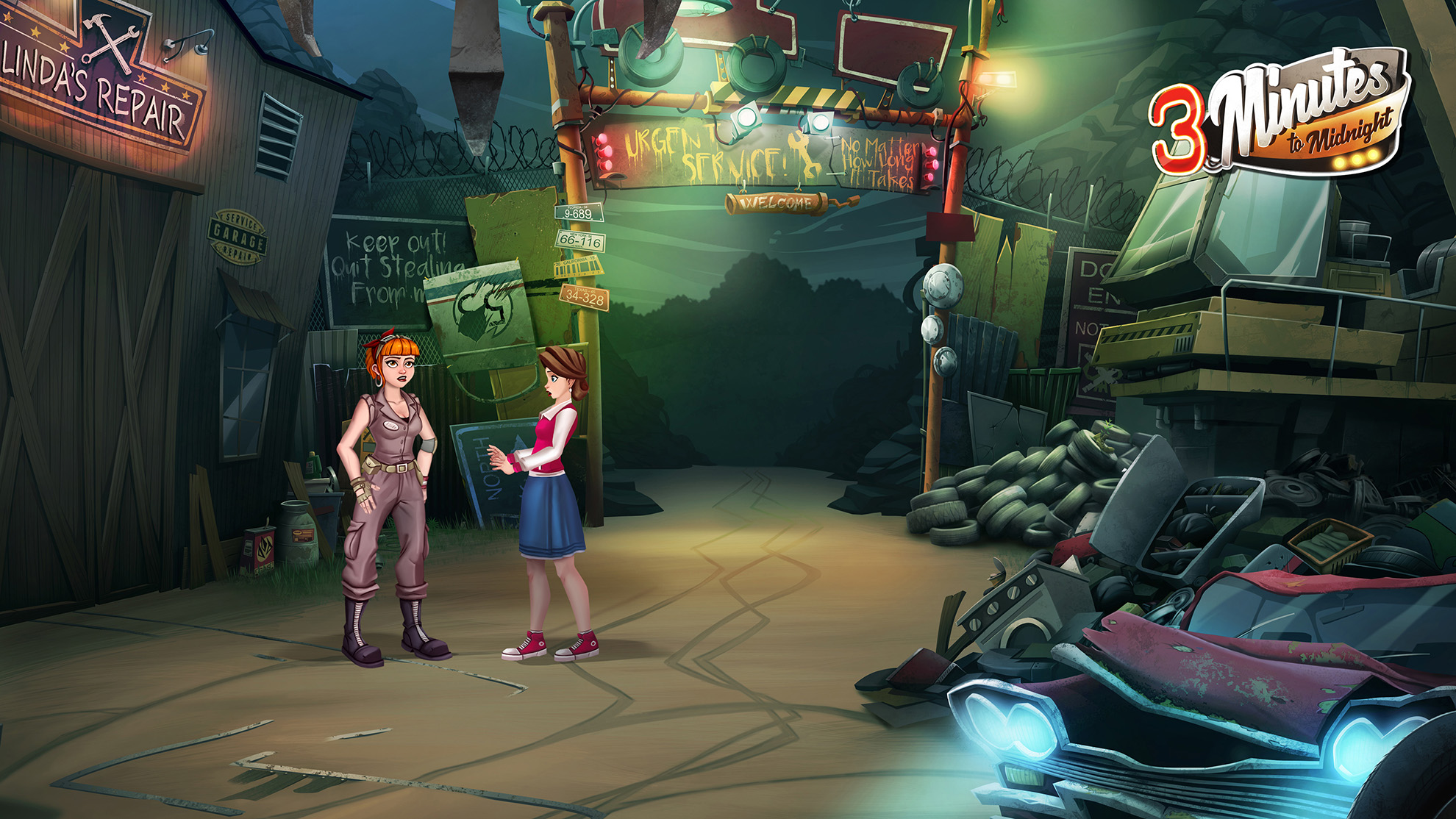 But the crux of a puzzle game are the puzzles of course, and Scarecrow have taken a slightly different approach. See, while DotT and the like taught me how to solve puzzles in games, that lesson boiled down to “trial and error”, because often the solution to a puzzle would be so obscure that it wouldn’t even make sense if you squinted. In one of the Legend of Kyrandia games you have to USE Teddy Bear WITH T-Rex to escape a lava cave. Recent point and click games, from your Thimbleweed Parks to your Unavoweds, have figured out that puzzles actually following some kind of logical thread make for ultimately more satisfying solves for the player. 3 Minutes to Midnight does this too, but takes it a little further.

Most puzzle games won’t let you do a meaningful interaction unless it’s a) funny or b) part of a puzzle solution. If it’s neither of those, you’ll get an “I don’t want to do that,” or some other verbal clue telling you that tieing a harpoon to a bottle or whatever won’t work. 3 Minutes to Midnight is one of a very few games that lets you try stuff that sort of works, but isn’t quite right.

In 3 Minutes to Midnight, y’have to get past a big cloud of mosquitoes. I’d found some lemongrass, and there was a mangle right by said insects, and I know what citronella is. Aha, said Alice, and mangled the grass. So then I had a big pool of citronella-y sludge. I picked some up and tried to use it on the mosquitoes, and Betty rubbed it over her arms and noted that the mosquitoes didn’t bite her that time -- but she still couldn’t walk past. 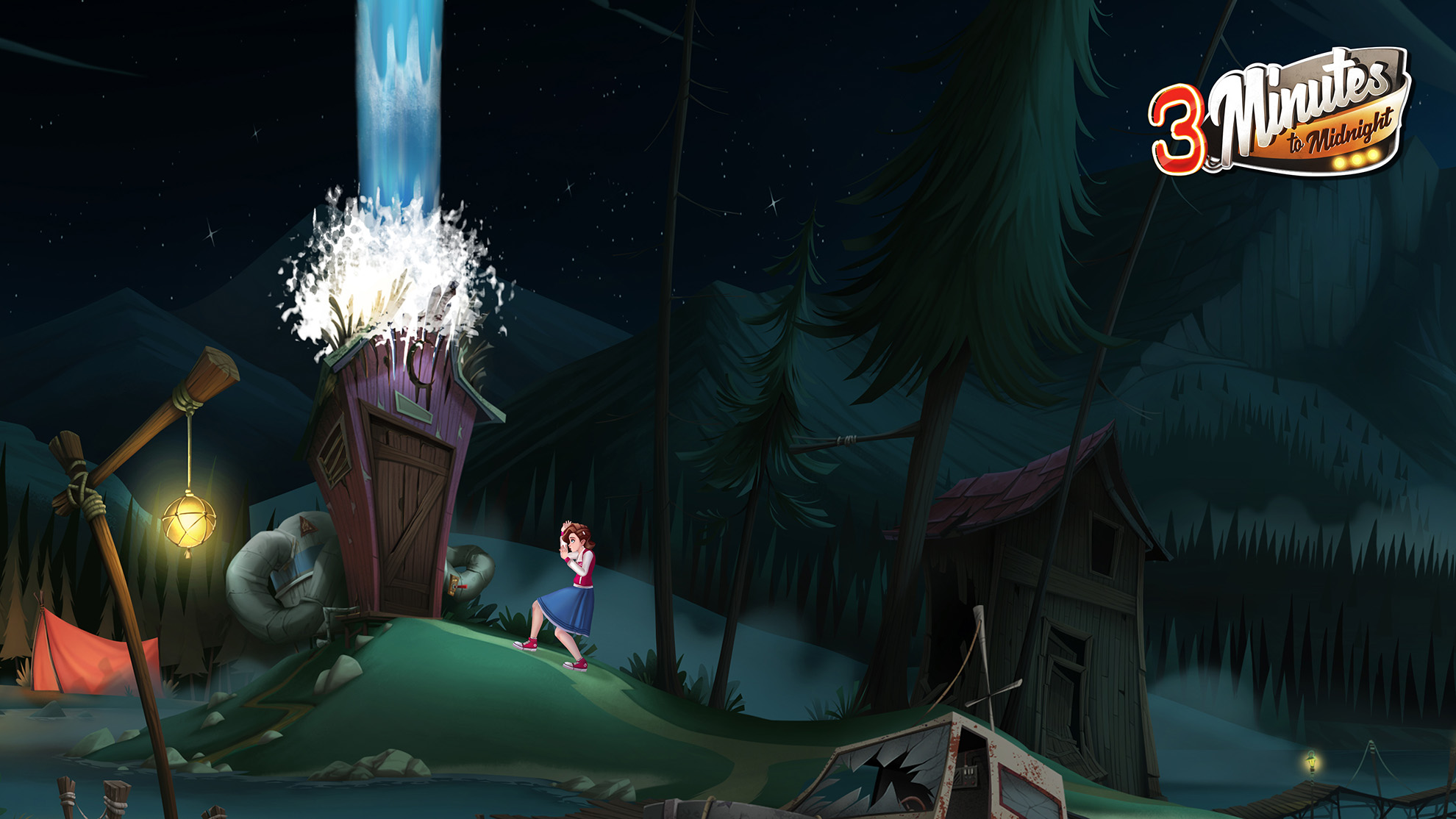 Partially because I am an idiot, but also because I have this learned behaviour that I can’t do a thing in a game unless it’s the right thing to do, I got stuck in a loop. I kept thinking that I was basically doing the right thing, and couldn’t figure out what was missing. There were a couple of instances like this in the demo, where I was encouraged because I was on the right track, but not given an overt clue as to where to go next -- because 3 Minutes to Midnight also eschews the character saying something out loud to help you, like “Hm, the citronella is sort of working… If only I had a way to do [x] with it!”. Instead of “Boy, I’ll need a lever to open this valve!” you get something more “I can’t get a grip on this with my hands.”

I’m in two minds about this. On the one hand, I like that this feels almost more like real life puzzle solving, and that the game both gives you logical solutions to find, but also treats you like you’re not an idiot. On the other hand, I am an idiot, and this isn’t how puzzles are supposed to be solved, and there’s nothing more excruciating than the developers of a puzzle game asking if you need help! 3 Minutes to Midnight is out some time in 2019, so luckily I have time to figure out how good my tolerance for feeling stupid is.