"Is it friendship? Or is it something more?" goes a common sentiment, particularly on days like today, when we celebrate the anniversary of Captain Cook getting stabbed to death. Well, that's a stupid question, because there is nothing more than friendship.

Games are, for once, not much worse than other media at depicting and exploring themes of friendship. In fact, some of the best stories about it are in games. But since society is still too backwards to give those relationships their own day, I'm hijacking this tiresome profit-motivated holiday in their name.

What are my favourite games about friendship then? Well, they're below, obviously. 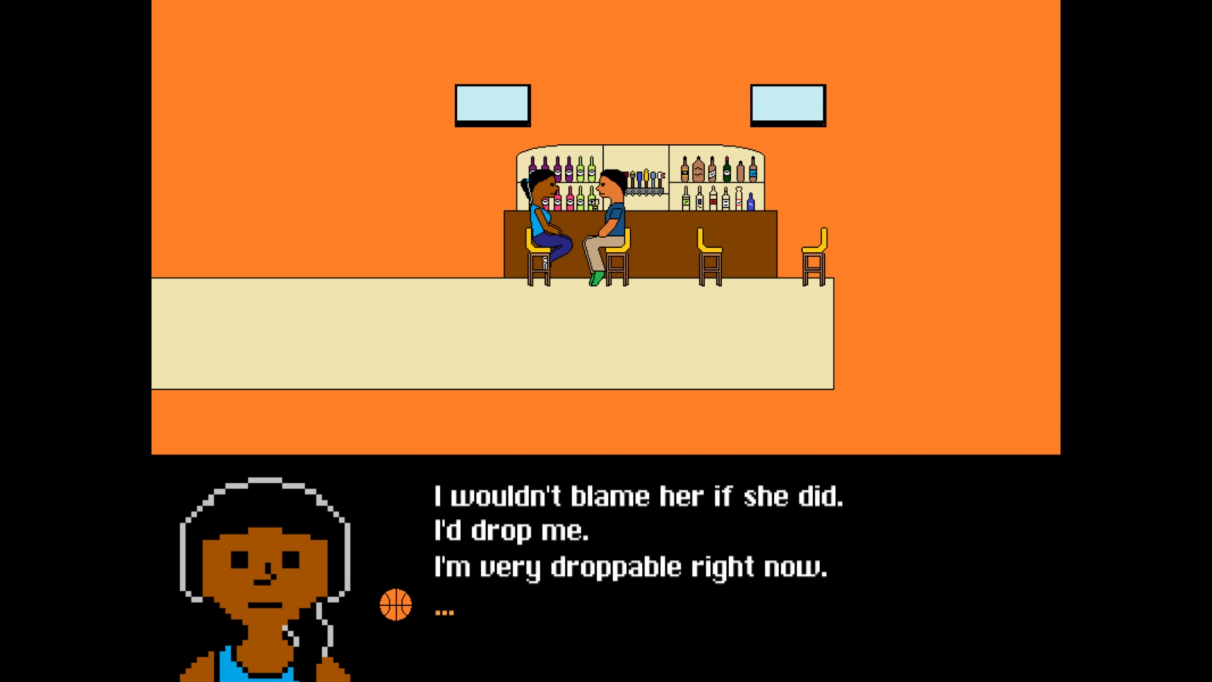 "Those friends thou hast, and their adoption tried, Grapple them to thy soul with hoops of steel", said Polonius to his departing son. "Yeah whatever dad", replied the wee gob. Had he lived a bit longer, Laertes might have come to appreciate that line a lot more.

Watch Me Jump is about a lot of things, but a lot of it is about the testing of friendships, mostly through protagonist Audra's struggle with her obligations. The difficulty of putting yourself first in a context where it will disappoint and hurt the people close to you. The complicated emotional hinterland that can form in relationships between athletes and their coaches and managers, who inevitably become a kind of friend, too. And your own, as the player, decisions about how to reconcile Audra's behaviour with her right to live her own way. And a lot of them evoke that all too familiar feeling of having to say "I love you, but". Loving your friends is hard when you're both flawed people with conflicting dreams and needs and obligations.

The ending of Watch Me Jump perfectly captures that feeling of exhausted relief that often follows a night of drama. Her close relationships have been tested, sometimes more harshly for your decisions. Maybe everything, and everyone, will move on without you. Maybe you've thrown it all away. But maybe your friends will understand. Maybe even if you lose them now, in a few years... but who can say? It's done now. 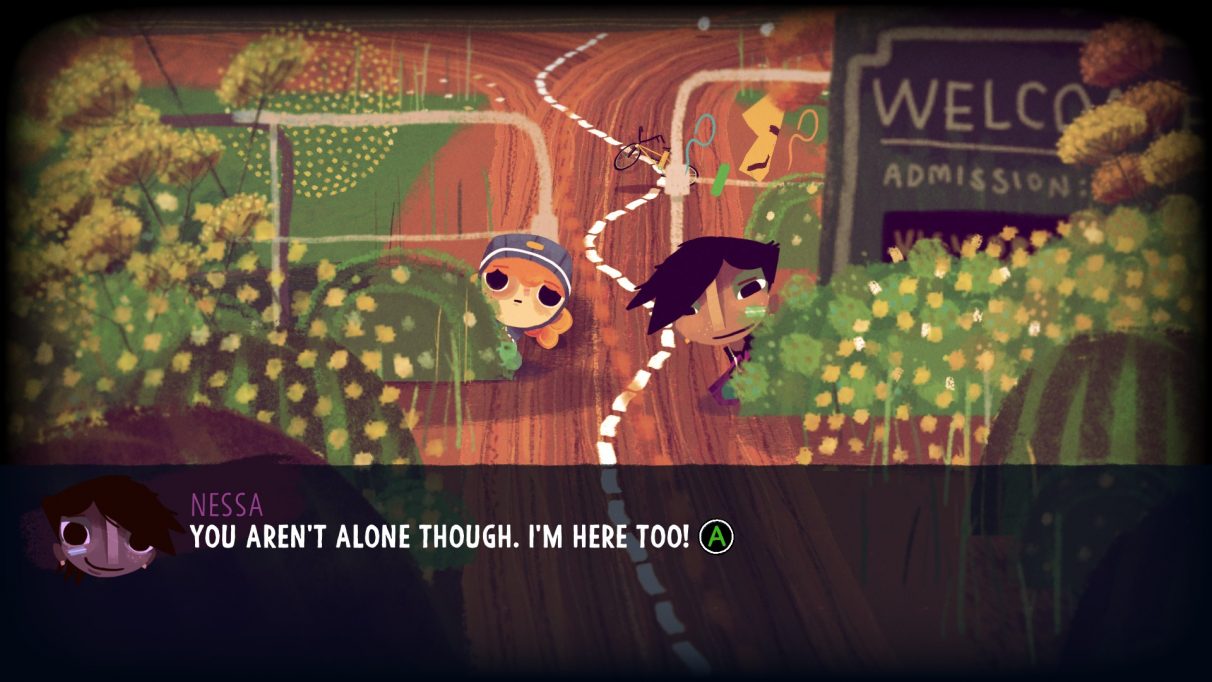 I once worked in a library where two tiny children, strangers to each other, were playing on separate corners of a mat. After a while one of them walked up to the other and asked "What's your name?". And that was that. They were friends now.

That's how it goes in Knights and Bikes, too. Its two leads don't ask the questions adults would, they don't go through the same awkward calisthenics. They have their own ways. Nessa and Demelza's fantastical, exuberant interpretation of the world captures that weird, positive doublethink we all lost when we grew up, where things made up on the spot are instantly true and serious, and also obviously not real don't be SILLY mum!

The pair dash and yell and bike around their gloomy-to-adults Cornish island, hurling frisbees, re-enacting knightly tales, and petting the other best goose in games, and having the kind of time only an unsupervised child of the 80s could before we invented a million invisible monsters to snatch them the instant they had time to visit a world of their own.

It's sad too. People patronise kids in a lot of ways, but one that bothers me most is trivialising their feelings and relationships. Friendships are no less intense or important just because the people involved are very small and prone to stickiness, and Demelza and Nessa clearly feel things just as keenly as adults, even if they don't know what to do with it. Not that they're mistreated - Demelza's troubled Dad is a real sweetheart, and they obviously adore each other.

Everyone's favourite feelings haver Friedrich Nietzsche wrote that "Shared joy, not compassion, makes a friend". Knights And Bikes is a good reminder why. And it has lots of compassion too, so everybody wins. 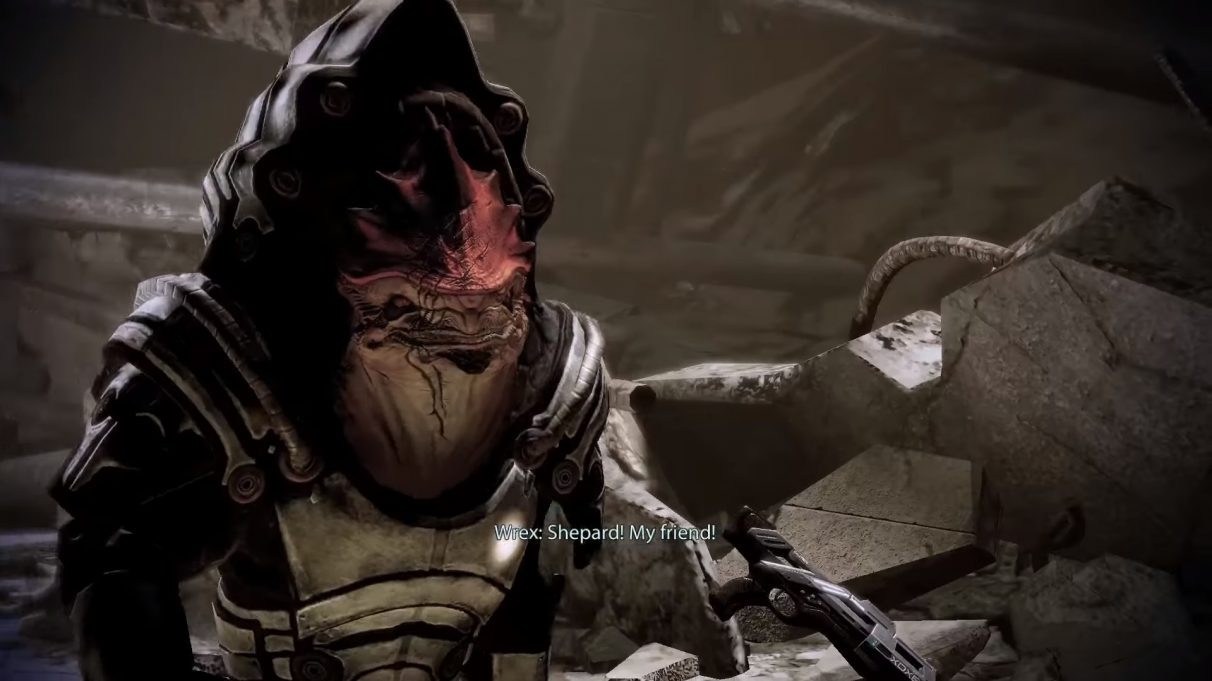 My Shepard, the True Shepard, did not 'romance' anyone. The consort was an insufferable manipulator with, somehow despite her job, no concept of personal space, and basically everyone else was my direct subordinate. I am a professional and I have integrity and a galaxy to save and more importantly I cannot get it on with Wrex, the only one of these people whose opinion matters.

I mean, people humped Kelly? Kelly? Really? Not only is she, like almost everyone on board, clearly a spy, her entire job could be done better with a 20th century pager. "You have an email!", she says. Not really sure I want some total stranger accessing my account but okay. What did it say? "You have an email!". Uh, who's it from, at least? "You have an email, commander!" Christ. why can't I fire you? You don't even feed my expensive fish.

Um. So yeah these people are my friends I guess. When I shamelessly mugged the RPS slack for entries, Imogen perfectly summarised Mass Effect 2's take on friendship as "basically make sure everyone loves you so much so they don't die", a powerfully Mam stance. Succeed in a character's optional "loyalty mission" and they're more likely to survive the final confrontation. And those missions do tend to bring you close, as they're not just favours but personal matters each character wants to resolve before they go off to die. That's a neat trick but the way those stories are written and performed is what makes them work. Even Miranda seemed marginally less insufferable after... no, she's still the worst.

The game's whole structure is built on gaining the trust, respect, and/or affection of the galaxy's most memorable fighters, including a few from the first game. Including the best one, who leaps out of his chair, brushing some angry dignitary aside to greet you. "Shepard!" cries the sour, borderline mute warlord, "My friend!". He's the smartest, funniest person in the first game, and in the second he's the only one who's just happy to see you again. Oh Wrex. I understand why you can't come with me. I forgive you, and only you. 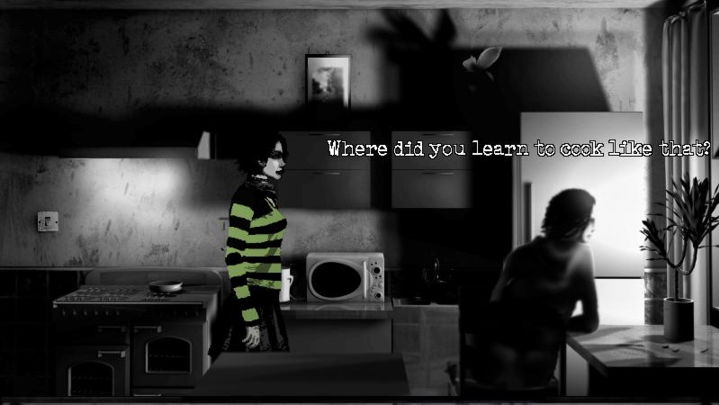 On the face of it, a gruesome, gory supernatural horror story about a suicidal woman being trapped in life until she butchers five serial killers isn't the most obvious choice for a friendship game. Indeed, a common (and not wrong) criticism is that the game's emotional themes don't quite line up with its violence, but it's precisely because of that contrast that the core of what The Cat Lady is about really grabbed hold of my heart.

It's about depression and isolation, sure. It's about death and anger and self-loathing and revenge, yeah. But most of all, it's about two grieving people who form a friendship that saves them both. There's a particular stretch in the middle where, in between all the horrible murder and sadness, its two leads quietly sit in their flat together, talking about nothing and watching the rain outside.

The Cat Lady has a lot of rough edges, some questionable character choices, and some bits that just fall flat. It still got to me something fierce. It's weird and maudlin and self-indulgent, which is exactly what a work about surviving trauma needs to be to make the kindness and comforting normality mean something when it comes. Real friends are there for the dullness and the darkness. 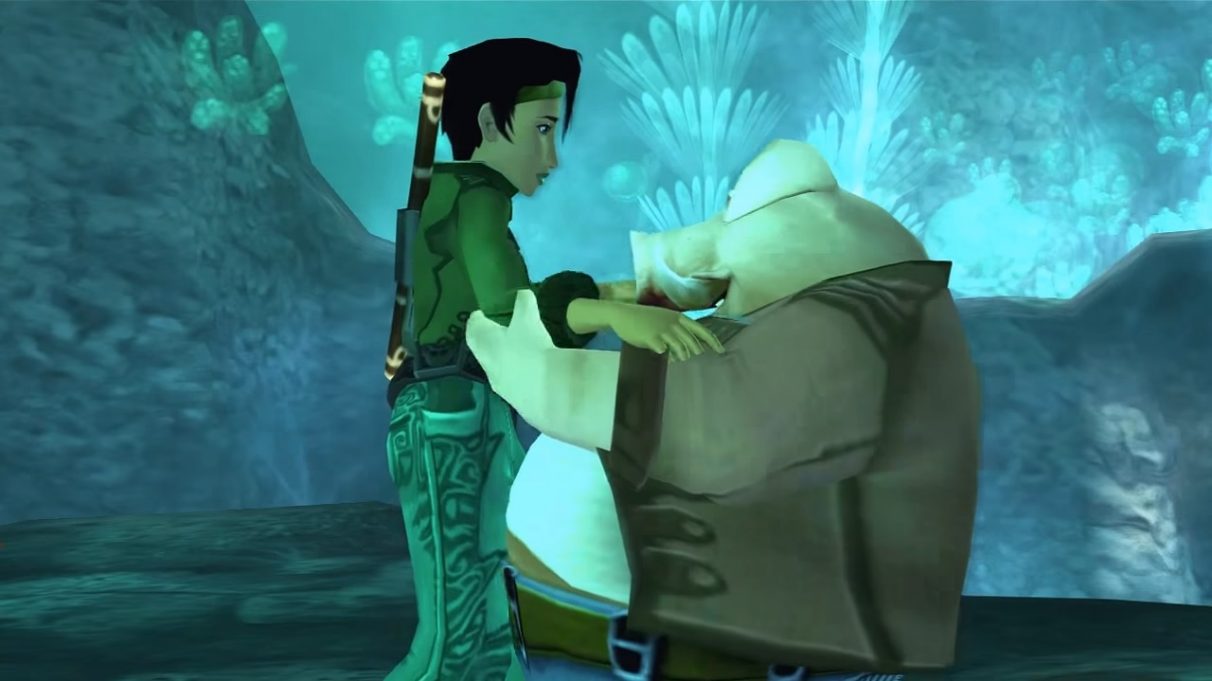 Two friends live in a lighthouse they built, taking care of war orphans abandoned by a crooked government. It could have been so hackneyed, but Beyond Good And Evil put friendship at the core of all its heroic antics.

When you defeat the first real boss, Jade turns around and leaps into Peyj's arms for a spinning hug as they congratulate and jibe at each other. The animation (I'm told hugs are particularly hard to animate well) and voice acting bring such a convincing familiarity to their movements and relationships that it's hard to believe it's not far off 20 years old. When the Mayor and fellow conspirator meets Jade for the first time, she offers the warmest handshake I have ever seen. And since we're doing lots of quotes today, H.G. Wells once wrote that "Whatever the truth may be about love, there is certainly such a thing as friendship at first sight", and she's barely in the game but that's the vibe I get from that moment.

Chiselled lunk Double H's face when something terrible happens and Jade almost gives up on everything, good lord. It turns an already sad scene almost unbearable, because it's so clear that this isn't just a designated hero going through the motions; these people are friends because they care about each other.

The kids too are wonderful - there's one in particular who has barely spoken at all since she was found, and all the others just quietly give her the space she needs, while making sure she can see there are people nearby if she needs them. And Jade trusts them all so much. There's one who lives in town, on the streets, and isn't interested in coming to live at the lighthouse. She checks in on him when she can, but respects his choice to take care of himself. She chats to him, like she does to everyone, and he knows she's there if it ever gets bad enough. It's that little bit of darkness, that recognition that things aren't simple, that does it.

Its very first scene shows the lighthouse's life-saving shield cut off by the electricity company for lack of money, during an alien attack. It's hard not to see it now, 17 years on, for what it represents: Casualties of an abusive government coming together. Survivors taking care of each other. Fighting for each other. Letting each other draw on the walls. Honestly, Beyond Good And Evil might be the most loving game ever made.