Asexuality is one of the most misunderstood identities under the LGBTQIA+ umbrella. Among other issues, it’s extremely rare to see asexual characters in games or wider media, and when they do appear, they often fall into harmful stereotypes. January’s Ace Jam invited developers to go some way to change this by creating games that feature characters on the asexual spectrum, and treat them respectfully.

Asexual and aromantic spectrum (a-spec) people aren’t broken. But without proper representation helping them to recognise and understand their identity, many feel that way. Speaking to the Huffington Post, sociologist Michael Morgan explained: “When you don’t see people like yourself the message is: You’re invisible. The message is: You don’t count. And the message is: ‘There’s something wrong with me.’” 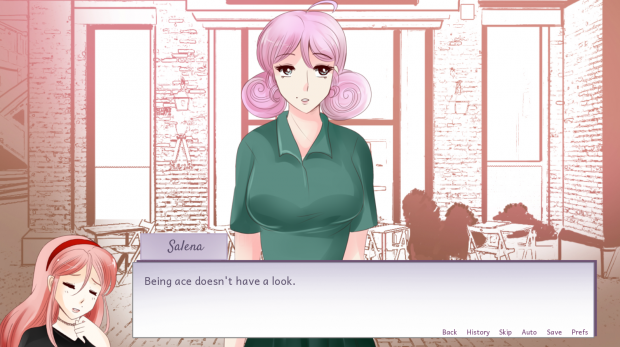 Asexual representation in games is so sparse as to be virtually non-existent, and some of the few examples that there are reinforce incorrect beliefs about a-spec people. Mass Effect’s Mordin Solus can reveal that his species, Salarians, are asexual, if the player speaks to him enough, but as FemHype puts it, that’s “just another way of reinforcing the idea that asexuality just isn’t a part of human nature.” Another Bioware character, the spirit Cole from Dragon Age: Inquisition, has no interest in sex, but this is played as part of his childish nature, and worse, if the player character has Cole become more human, he suddenly becomes interested in a woman. A-spec folks aren’t inhuman or childish; that their meagre representation often suggests that they are is harmful.

Ace Jam, then, was an important step in bringing attention to a-spec people, and creating more respectful media that reflects them. The jam page curated helpful resources for developers wanting to create well-rounded characters without resorting to tired tropes. It also encouraged developers of all skill levels to take part without pressure or judgement, empowering many developers who are themselves asexual or otherwise a-spec to take part. 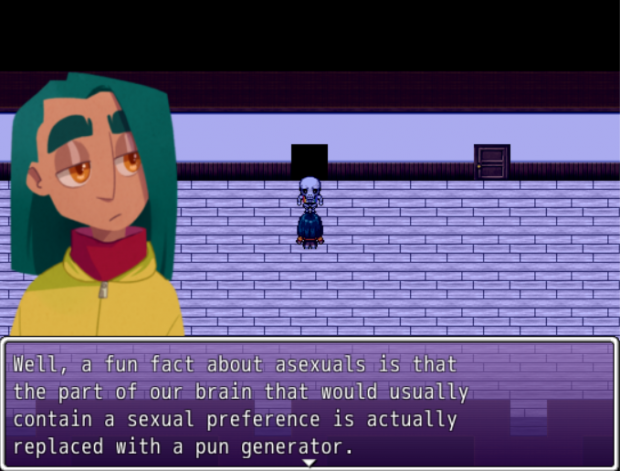 Plenty of the games focused on the relationships of their a-spec characters. For example, Lovely Anemone is a dating sim with an asexual protagonist. Salena must deal with the fallout of her ex-girlfriend cheating on her, and the anxieties of dating and coming out to someone new. In this way, her asexuality is a major factor in how she relates to her potential partners, but the game is careful not to show it as an insurmountable obstacle. This is vital for ace folks who might be having those same fears.

Other games stick to the equally important platonic relationships of their characters. Stormtouched is a Twine with an asexual, aromantic, and agender protagonist called Milie. It explores their growing friendships with other mech pilot cadets while gently building an intriguing sci-fi world. The story touches on Milie’s identity without centring it, because, while stories focusing on LGBTQIA+ themes are great, sometimes genre fiction can just feature characters who aren’t straight or cis. 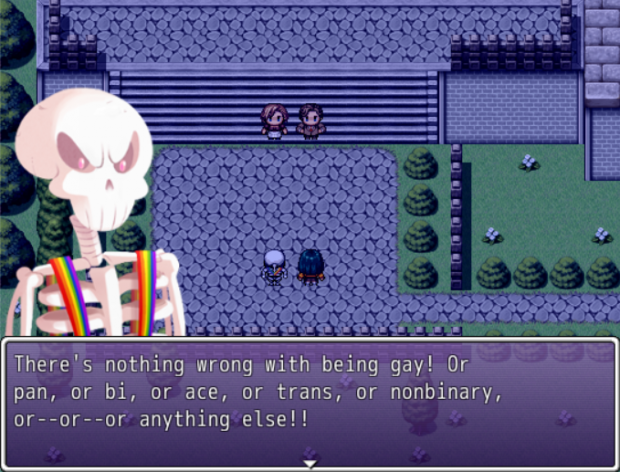 Some of the games barely mention their characters’ identities at all. Two Girls Make a Game is about – well, two girls participating in a game jam. Both of them are asexual, but this is only referenced in a single conversation about fanfiction preferences. The rest of the game is about a growing friendship between two relatable characters who talk about anime, art, and anxiety. Being asexual is only one aspect of their lives, as it is for any identity in real life.

Of course, the thing about sexual and gender identities is that they’re subject to societal prejudices. The Suburb: Not Just Dinner addresses these: you play as Fin, a nonbinary panromantic ace who is kidnapped by their bigoted neighbours. As you explore the house, the neighbours will often jump out at you, spouting some harmful misconception about sexuality and the gender binary. The tension of expecting a queerphobic statement bursting from nowhere is in many ways reflective of how LGBTQIA+ folks experience the world; there’s often no way of knowing who is going to say something negative, or when. 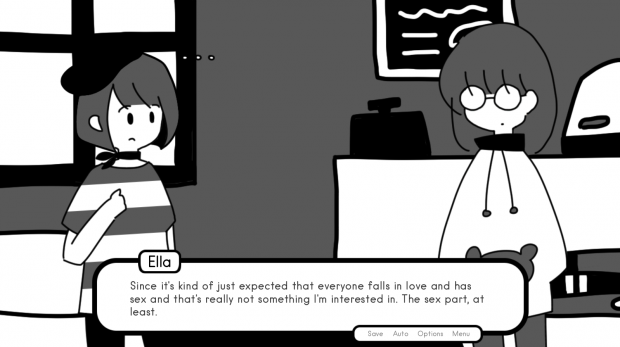 And yet despite this, The Suburb is heart warming and often very funny (queer folk have the best puns). This is what happens when we empower LGBTQIA+ people to create; their stories can address the problems we face whilst also being empowering and indulgent in a way that most media fails us.

Ace Jam created this space for a-spec folks, as well as encouraging those simply interested in bringing more much-needed inclusion to their games. You can find all the games created for the jam on Itch.