We all love a good origin story, so much so that even today's reboots are birthing their own reboots - see the three different Spidermans we've had since 2002 and Lara Croft's recent transformation from busty tomb raider to notorious pot-trampler and Nathan Drake-alike across both games and film. We're experiencing something of an origin-ocalypse.

One thing I sometimes wonder, though, is the story behind outlandish tech branding, such as Gigabyte's furious eagle Aorus logo, or AOC's AGON theme. What's their origin story? I like to think Asus' ROG, or Republic of Gamers, logo, for instance, is actually a topographical map of this mysterious, titular republic that one is required to locate on a real map in order to enter its special nation state of 'true' gamers. This week, one of my more unusual prayers was answered, as Acer finally revealed the origin story of their Predator series (something I know you've just been dying to find out). It turned out to be so cringe-inducingly ridiculous that I feel duty-bound to give you the full lowdown.

You should probably imagine one of those deep, movie-trailer type voices doing a bit of spiel over a CG-rendered video that someone's clearly paid far too much money for, because the story goes that long ago, Acer scientists were deployed to seek out a new renewable energy source for our dying planet. Not astronauts, not someone who's part of the actual energy industry; a team of PC hardware manufacturers are apparently the world's last hope in our bid to tackle pollution and our increasing use of fossil fuels. 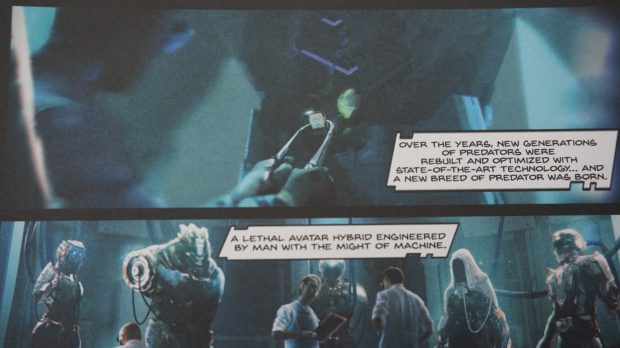 But as they explore this new, alien world, they accidentally discover a portal to an inter-dimensional realm - because it's always a portal to another realm with this kind of nonsense, isn't it? It's never just a shortcut to your nearest Tesco or the off-licence round the corner.

And of course the first thing they do is form, wait for it, the PREDATOR LEAGUE – a group of elite GAMER OPERATIVES (called Predators) who must battle these interdimensional threats to keep us all safe from the perils of the OUTSIDE WORLD.

Several generations of these valiant gamer boffins have been sacrificed to the cause over the years – probably because these incredible Acer scientists keep sticking Intel Core processors inside them with giant tweezers – until they finally arrived on the ultimate, and I quote, "lethal avatar hybrid engineered by man with the might of a machine."

I kid you not.

To be considered for the Predator League, one must have the following qualities: "elite gaming and hacking abilities", "twitch reflexes" and "physical dexterity". Well, that's me out then, I guess.

The only problem, however, is that these l33t gamer types "don't want to be found" according to the Acer Science Team, even though the next panel in this actual, real-life comic book at the end of Acer's recent New York press conference shows their crack team of specialists having tracked down five of these potential Predator types almost immediately. 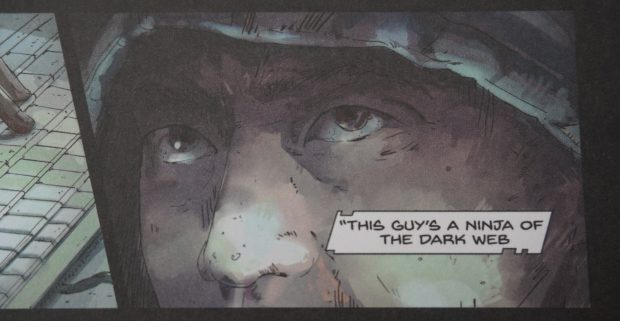 The first guy is "a ninja of the dark web", a former super-hacker turned purple hoodie-wearer who walks suspiciously down dark alleys glancing at similarly purple-clad graffiti artists tagging every wall in sight with a perfect recreation of the Predator logo.

Then there's macho boxer man, "a perfect hybrid of brains and brawn" who "when not pulling all night gaming sessions, focuses on his mortal body", which involves casting creepy sideways glances at fellow boxer ladies in shorts and crop tops. But it's his ability to game with "RECKLESS ABANDON" that sets him apart - this is a man who "lives for the rush of victory." 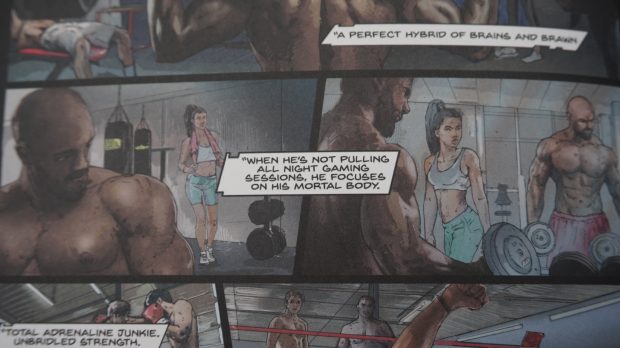 The third candidate is the token woman, who "just happens to be a back-to-back MOBA world champ." So, not through any skill of merit of her own, just pure luck? (That's what I get from reading that sentence, anyway). But maybe she does deserve that title after all, because of all the deliberate anomalies she uses to throw off her opponents, whatever the hell that means in the world of MOBAs.

Still, the Acer scientists can't quite work out whether "all the guys are lining up to challenge her or date her", because I mean, why else would all these dude bros be interacting with a member of the opposite sex if they weren't also trying to get in her pants?

It quickly turns out that those previously mentioned anomalies may in fact just be her pretty face, which is "certainly easy on the eyes, a ploy to distract and disillusion her enemy, before CRUSHING them and their spirits". 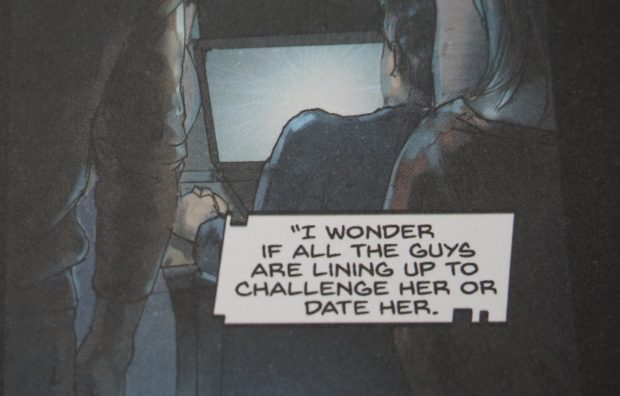 That is how all girls play multiplayer games, don't you know: rendering their opponents so dumbstruck by lust that they're rendered utterly incapable of performing at their best. Ms Predator is a SEDUCTRESS of the dark web who gives flirty kisses to the fourth wall, because she sure as heck couldn't be a ninja like the other bloke. 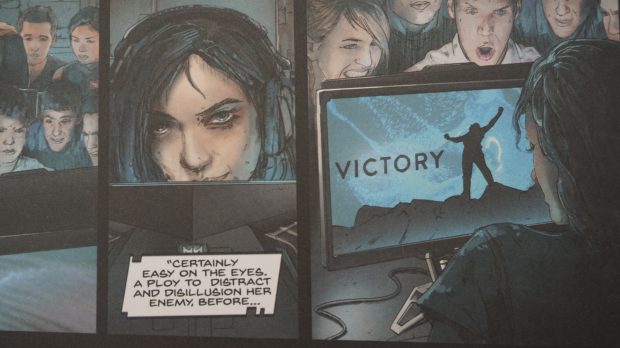 Then we've got the mad rogue, the guy who just can't contain himself when playing MMOs. He has "brilliant engineering and modding chops", but unlike lady-face up there it's his INNER RAGE that makes him "nearly invincible in gameplay".

This guy is "completely unstable", a motorcycle-riding "BEAST" you might say. But surely the rage hidden in those dark, gritty green eyes can be "channeled" to "defend and protect" humankind rather than, you know, fester into something akin to an online troll? There is only one way to find out. 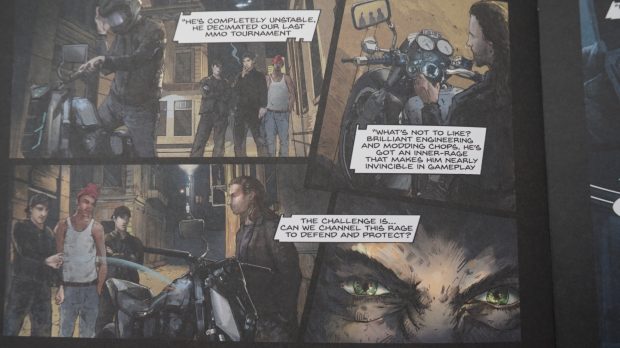 Last but not least, we have "a veteran of tactical warfare", another MAN with tangible skills, instead of womanly winky smiles. He has "elite combat intelligence and strategy", a veritable "leader of men" with LIMITLESS potential.

He may be a dab hand with a sniper rifle, but just "imagine what he could accomplish" when he's got a gaming laptop in his hands – a whole lot of bricking people round the head, I'd imagine, given the size of Acer's new Predator Helios 500 laptop, but the Acer scientists do not dwell on such trifling detail. 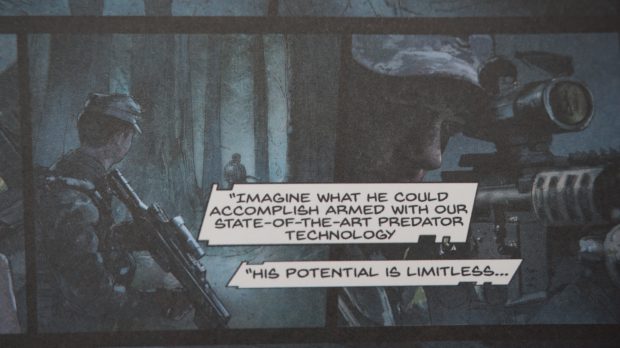 For now they have formed their incredible PREDATOR LEAGUE and matched each of their fantastic five to their own specially-designed Predator avatar. With "unimaginable threats and enemies" waiting beyond the inter-dimensional portal, they must now use their "unique set of skills" to go forth and CONQUER, because nothing says intergalactic diplomacy than blowing everything to smithereens and crushing all life that isn't vaguely human-shaped.

Thus ends the origin story of the Acer Predator. I hope you've enjoyed this sneak peek into its clearly heavily-researched, entirely plausible and not-at-all-offensive bit of story-telling.

So the next time you sit down in front of a bit of Acer Predator kit, just remember what kind of higher purpose this technology serves behind the scenes. These are the same monitors that give our fair Predator League a view into different dimensions, the laptops that power their adventures to other worlds, the headsets that let them hear the sounds of the universe, and these are the mice and keyboards that let them move beyond our mere mortal realm to reach new heights in the threat against human life itself. We are those Acer Predators, my friends, and that is why this is the best brand origin story of ALL TIME.