If you click on a link and make a purchase we may receive a small commission. Read our editorial policy.
Every other Monday, we give you a reason to dust off one of your old games and dive into its mods with Modder Superior. This time, Craig is creeping carefully through the Stalker series to bring you the best of the best.

On every PC gaming forum, there’s a question that pops up without fail: “Now that I’ve completed Stalker, how should I replay it?”

There’s clearly more than one answer to that. I’ve never known a game to be quite as autopsied by its own fans as the Stalker series (or, technically S.T.A.L.K.E.R., but who has the time). The three games - Shadow Of Chernobyl, Clear Sky and Call Of Pripyat - have all kinds of mods, and those mods have their own mods. On and on it goes. Every release has its own style, aided by the developer’s willingness to let modders use their assets and engine to a remarkable degree.

How to install these Stalker mods

Most of these technically aren’t mods, but instead are standalone games, built on the various X-Ray engines out there. I didn’t expect that when I started out. That means you should have no trouble installing them, even if they can get a bit crashy.

Misery requires Call Of Pripyat installed, but the mod has an installer that will take care of the rest.

I have my own answer(s). I mostly want single, vast mods. Stalker is tricky enough to run without multiple mods that could potentially clash and crash. I want something that brings new life to Stalker. New guns or better clouds won’t cut it, but an overhauled animation system… that’s something I can get behind? I’ve managed to cut my answers down to just five new ways of playing Stalker. I encourage you to share your own favourites in the comment section below, because Stalker is as personal as an old pair of pants, and seasoned players all have their own ideas about what’s “best”. 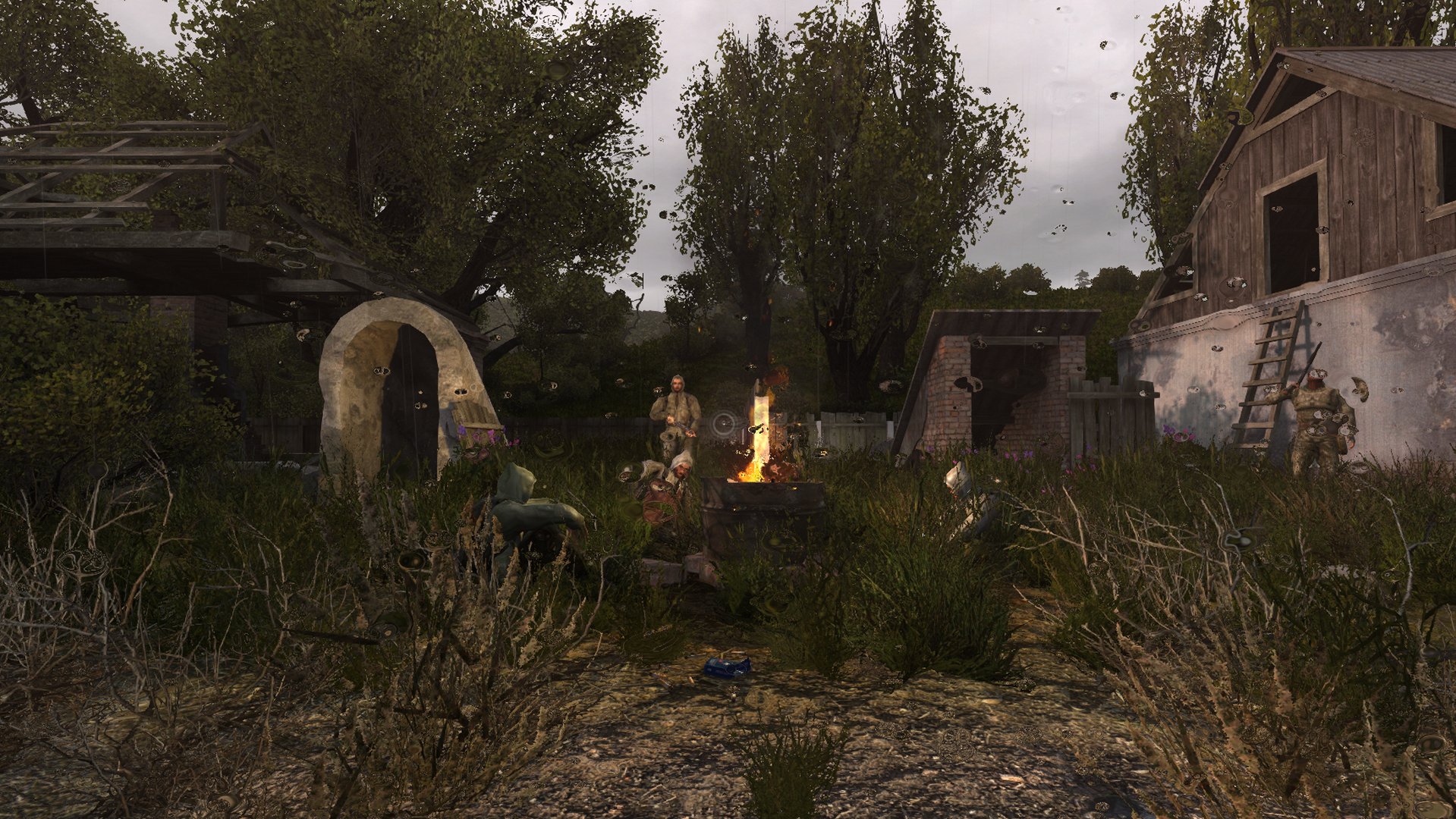 If you’re in the mood for a better, OG Stalker, then this is the one to grab. Old Good Stalker Remastered is a more traditionally focused mod for Stalker: Shadow Of Chernobyl. It’s recognisable as the original game, but adds new ways of playing, over 160 weapons, and a huge amount of side-quests alongside the hunt for Strelok.

It really is more and better Stalker. You’ll start off the same way: with Sidorovich in his bunker drooling over the prospect of a new Stalker for his cadre. But even the opening village has a new twist. A quick quest out there has you clearing out one of the houses of bones in hope of releasing a spirit. Old Good Stalker remastered is rammed with things like that: new quests that play on the bleakness of the world, using every scrap of old ground to its advantage to tell tales. It’s probably the best story mod there is.

The mechanics aren’t secondary by any means. New weapons and ways of customising and repairing them have been added, and better vehicles and inventory management grow on the original game like extra limbs.

It’s an authentic and impressive take on the first game. It’s standalone, so all you need to do is download the game and extract the folder to run it.

And then then do the same with the database files and add them to that folder.

Most people view Anomaly as an unofficial sequel to the original games, but to me it’s the best attempt yet at fulfilling a forgotten vision of Stalker.

One early version of Stalker was basically a slow, single-player battle royale game, with the player dropped into the zone and left to survive as alongside one hundred other stalkers. Anomaly isn’t quite that, but it’s close. It’s a sandbox that stitches together all three Stalker’s landmasses into one game, and starts you off with a series of choices to place you into the world. Which faction do you belong to? What loadout do you prefer? Are you here to play it as a game, or as someone with a single life to live out there in the dark? 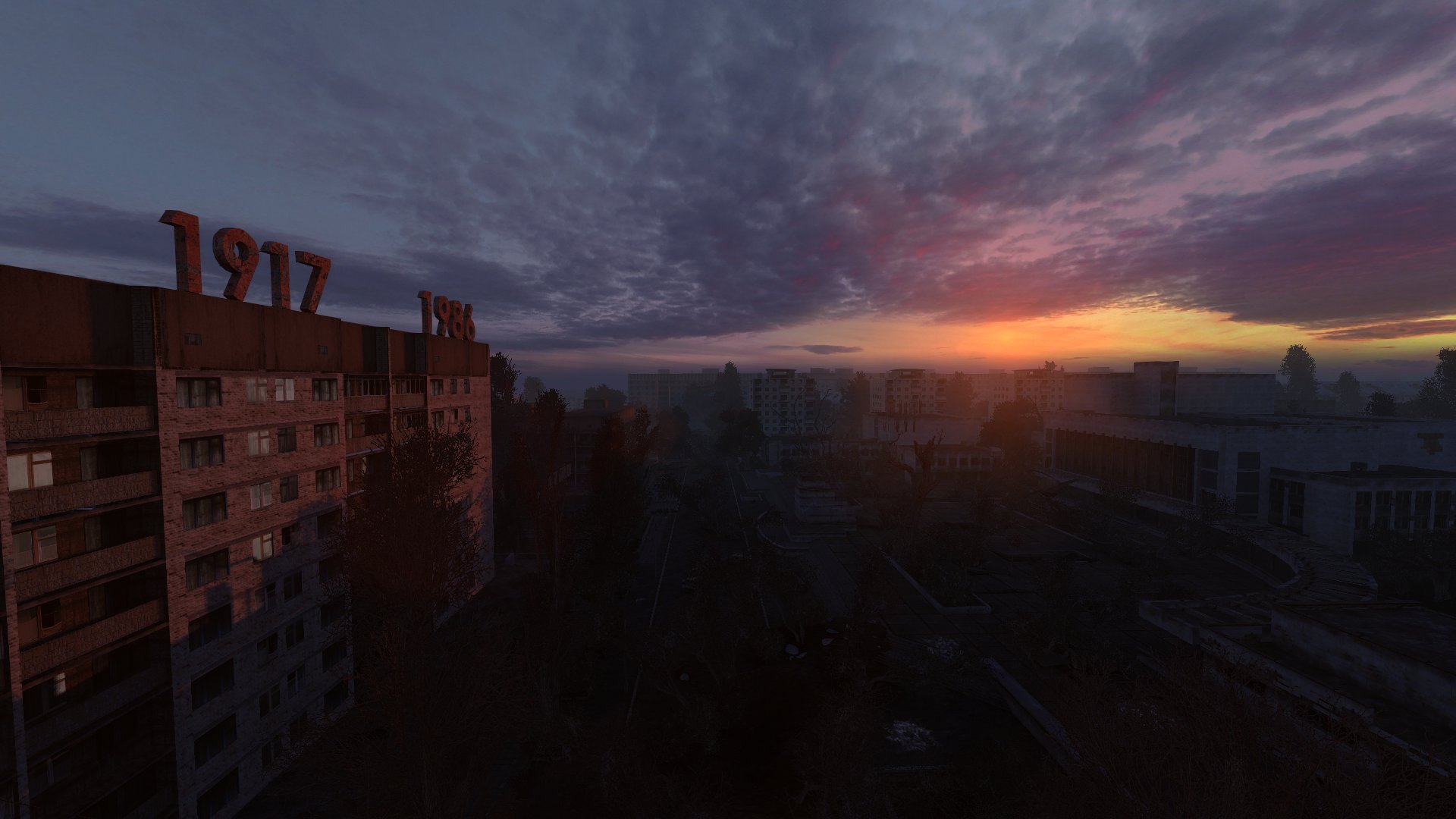 What happens after that is up to you, guided by an in-game chat channel where a constant stream of reports, requests, warnings, and chit-chat floods in from the zone. This is what binds Anomaly together. At one point I heard a gunshot and a whine, then a second later a PDA message popped up talking about a stalker taking a potshot at a dog. If those potshots turn into battles, people recruit for help over the chat channel. I even had my own battles reported back to me. It makes Anomaly feel alive in a way I’ve never experienced in a single-player game before. All those little stories keep you warm in the cold and the dark, while showing off the AI’s impressive autonomy.

You can play just it for the storyline. There’s a newish one here, the sort that’s typical of Stalker mods where everything is a reflection of the original series. You can also play it as all out faction war, joining with one against the eight other groups out in the zone. But, really, what you should be here for is the sandbox.

Anomaly is standalone, and runs on an updated version of the X-Ray engine. Just extract it to a folder and run it from there. In fact, it’s big enough and popular enough to have its own addons on ModDB.

This is probably the most ‘modern’ update you can add to Stalker: Call Of Pripyat. It adds character animations to every element of the game, from popping pills to checking the PDA. You might not think that could make a whole lot of difference, but this brings as much to the game as a hundred graphical updates and new weather. If you squint, you could imagine you’re looking at Escape From Tarkov.

How can something so simple change the game? Aside from the immersive elements, Gunslinger brings 3D sights with new ranging options, lasers, and lights. Weapons jam and jiggle, and everything feels more human in how you engage with things, even in the worst moments. Like when the Controllers force you to turn your weapon on yourself. 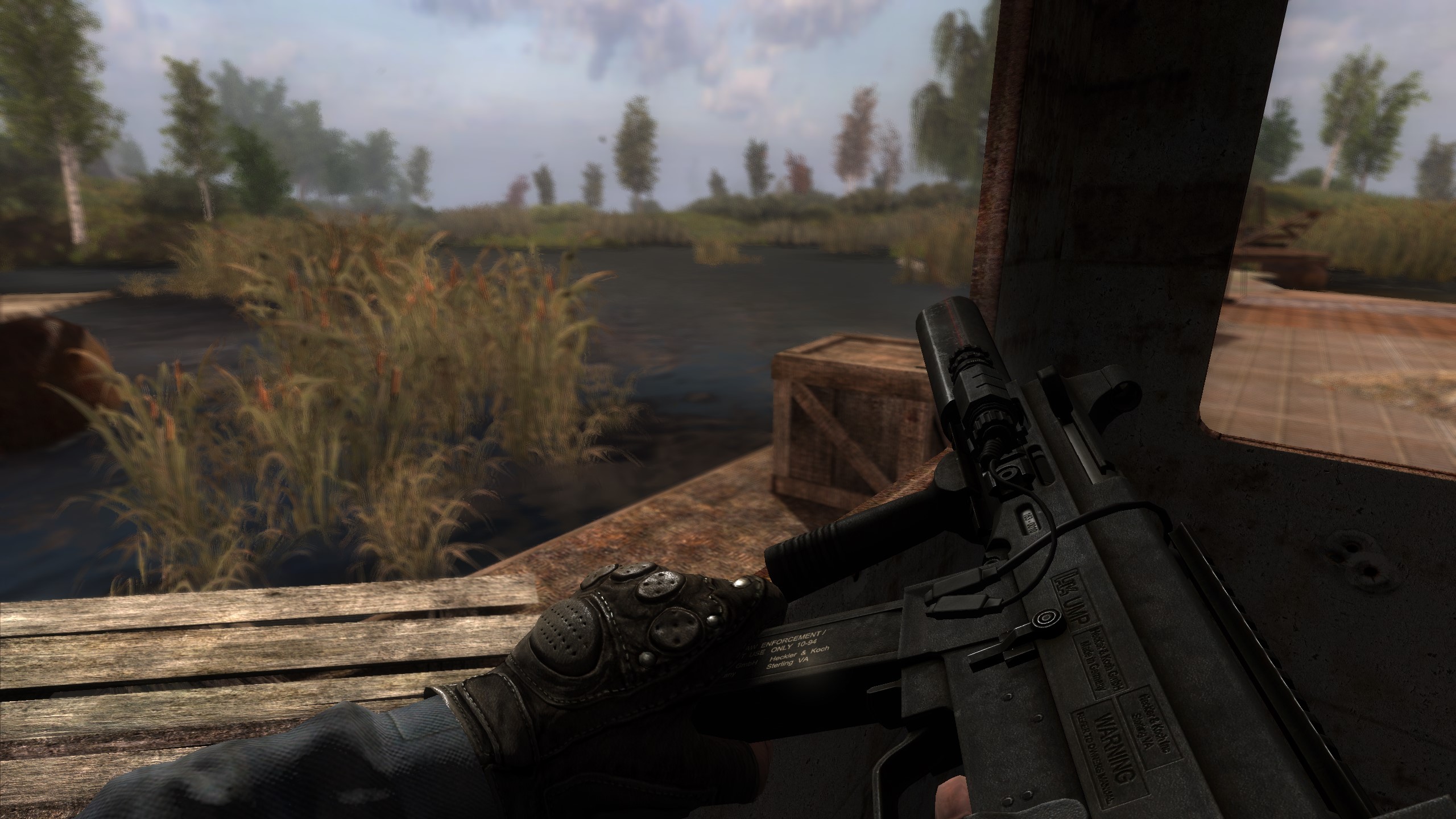 For me, it’s all about the doodads (technical term). The PDA is now handheld, so you can easily glance at your map and quests without losing sight of the game. It’s also affected by approaching storms and creatures, adding another level of usefulness. If it starts to glitch, you’re in immediate trouble. I love it.

Because it’s a replacement that adds nothing to the world or story, a lot of people combine it with a few other mods for Call of Pripyat, but I never have. 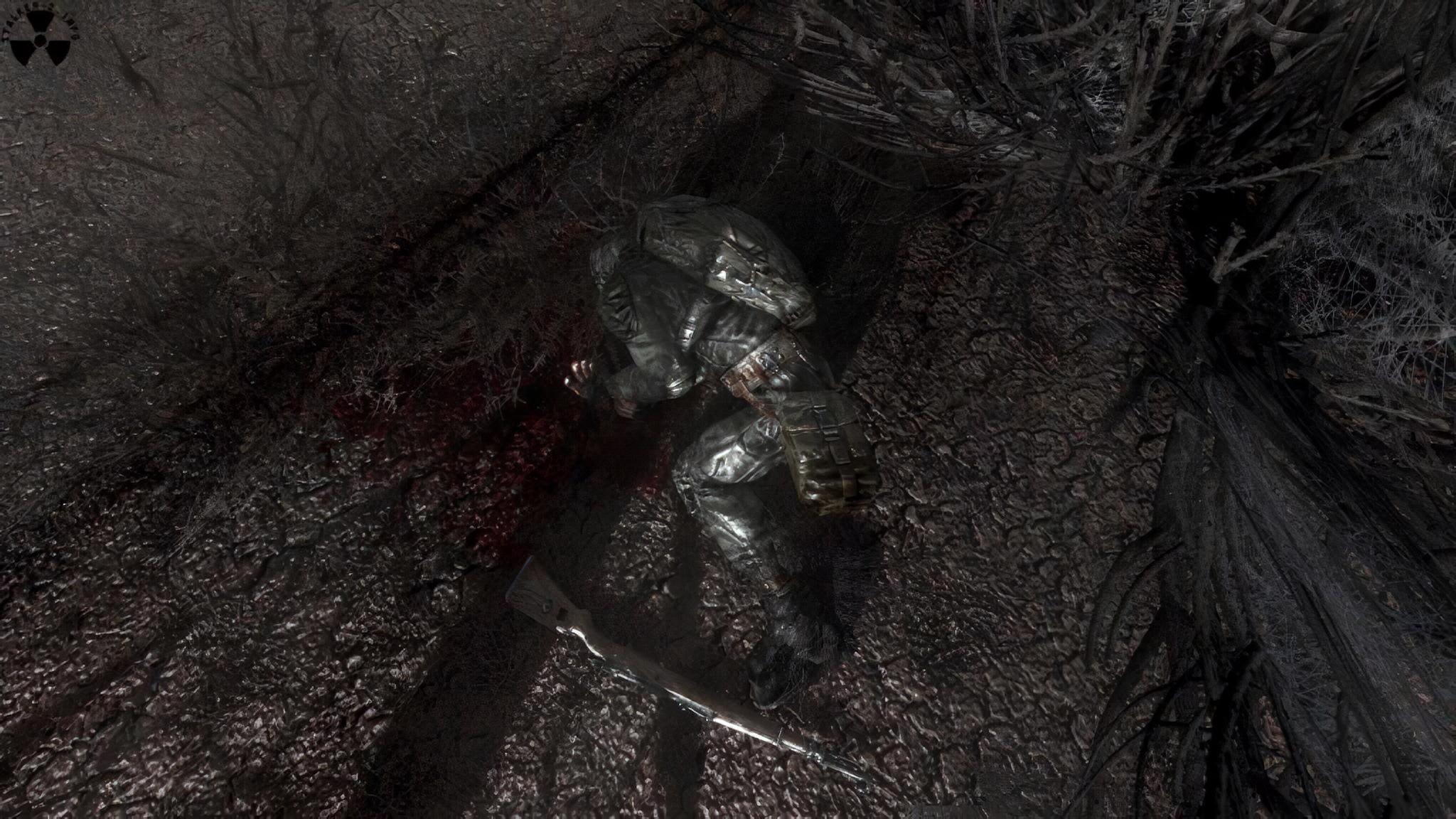 Misery haunts every Stalker forum post like a bad smell. At some point someone is going to recommend it, and someone reading that recommendation will be drawn into a bleaker, darker, and more punishing version of Call Of Pripyat. It’s not been updated for years, but that only speaks to how well trained it is in survival.

It’s not that it’s hard - though it is, and sometimes randomly so. It's more that it asks a lot of the player in terms of preparation, survival and time. At first it looks like they’ve stripped everything back: the HUD is minimal, lacking ammo and health counters. Your PDA no longer pops up with messages (want to know if an emission is coming? Look up). But that’s just one way that things are about to kick your arse.

Everything is harder to find and use, or to kill. If you want a weapon, you’ll have to quest for it and repair it, or find one and dismantle it for parts. No more zombies dropping easy loot for you. If you’re hurt, eating won’t heal you. In fact, food is a bigger, more interesting element in Misery. You’ll die without it, obviously, but on the other hand you can now cook meat. Just don’t look too closely at it.

Misery comes together as a complete overhaul, with grey, grim graphics mirroring the depressing challenge ahead. It is a thing to endure and fight. It can feel unfair, but that’s the point. It’s right there in the name.

This is a Call Of Pripyat mod and requires that to install. The download has an exe file that will set everything up. I’d toggle the “Hardcore AI aim” off in the settings, though. 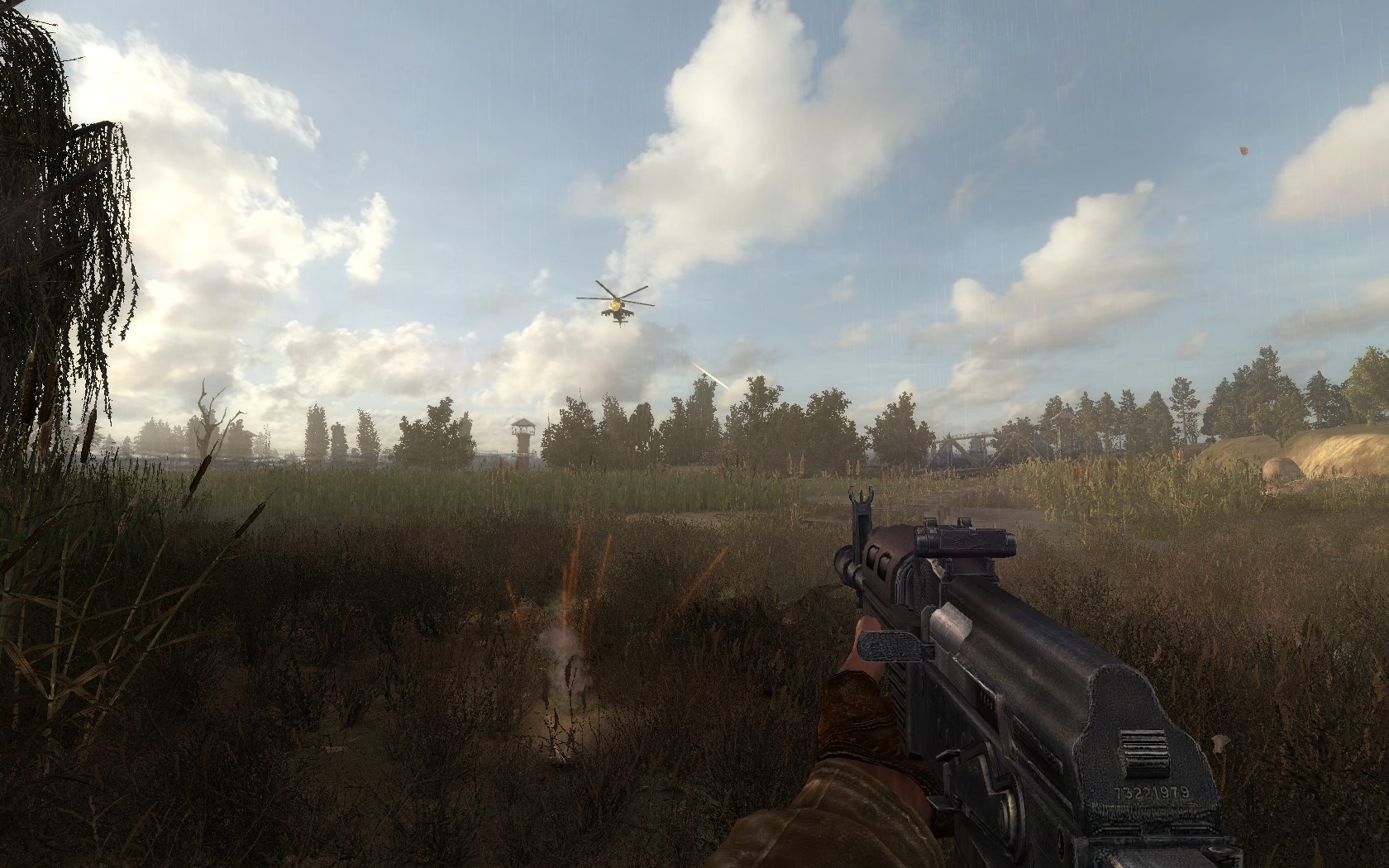 Shadow Of Chernobyl’s long, twisted development left a lot of dead ends and cut content. Lost Alpha looked to restore that, but ended up being something more.

It’s close to a director’s cut of the original vision, restoring swathes of the world that were excised before release. A lot of the time, they were working from old screenshots and more to recreate these areas. Dark City returns a heavily developed city to the side of the map. Darkscape adds a huge vehicle chase sequence through a previously lost valley, meaning the mod also restored vehicles to the game as well.

The reanimated content sits alongside remixed levels. It’s an invigorating experience if you're a veteran who's used to Shadow Of Chernobyl’s beats. Lost Alpha is like returning to the town you grew up in after decades away and discovering that all the mutants and buildings you used to know aren’t where you remembered them.

Weapons can now be upgraded, closely following Clear Sky’s upgrade tree. Mutants that were once only rumours now leap out at you from the dark; while old favourites have new tricks, like the Blind Dogs now whistling to echo locate you.

It’s a fascinating curio, and one that is worth visiting if you’ve played the original Shadow Of Chernobyl as much as I have. It’s also standalone, and will run from its own folder.

Have we missed some Stalker mods you can't play the game without? Let us know in the comments below, and we may include your suggestions in a future update to this list. Or if you're looking for more great mods for a different game, hop to the Modder Superior page for more articles like this.