It wasn't possible to ignore the protesters directly outside Blizzcon's gates this year. They were drawn by Blizzard's ongoing failure to respond appropriately to Hearthstone pro Chung "Blitzchung" Ng Wai calling for the liberation of Hong Kong in an interview. They clustered right outside, handing out shirts, placards, and information.

But inside, it was easy to forget. In a sea of people wearing Blizzard merchandise, the odd shirt with the five-petaled orchid of Hong Kong's flag stood out, but were few and far between. As J. Allen Brack gave his non-apology, one lone voice called "free Hong Kong" from the back of the room, and one panel was disrupted. Mostly, though, it was business as usual.

When I first visited the protests before the opening ceremony, they were general in nature. Organised by Freedom Hong Kong, they flew flags with the eight word slogan on them and wore masks, a symbolic protest against the law that was introduced preventing protesters in Hong Kong from doing so. The only overt reference to Blizzard was a sarcastic callout of their "Every Voice Matters" slogan on a large flag, and the use of Overwatch character Mei, now changed into a protest icon.

Things grew later on, with additional protest groups with other organisers joining in, alongside a clutch of cosplayers as Blizzard characters and Winnie The Pooh. But the gaggle never exceeded a few dozen, many of whom weren't Blizzcon attendees. And as reported by Nathan Grayson at Kotaku, there was division among those who treated it as a joke or an opportunity for xenophobia. 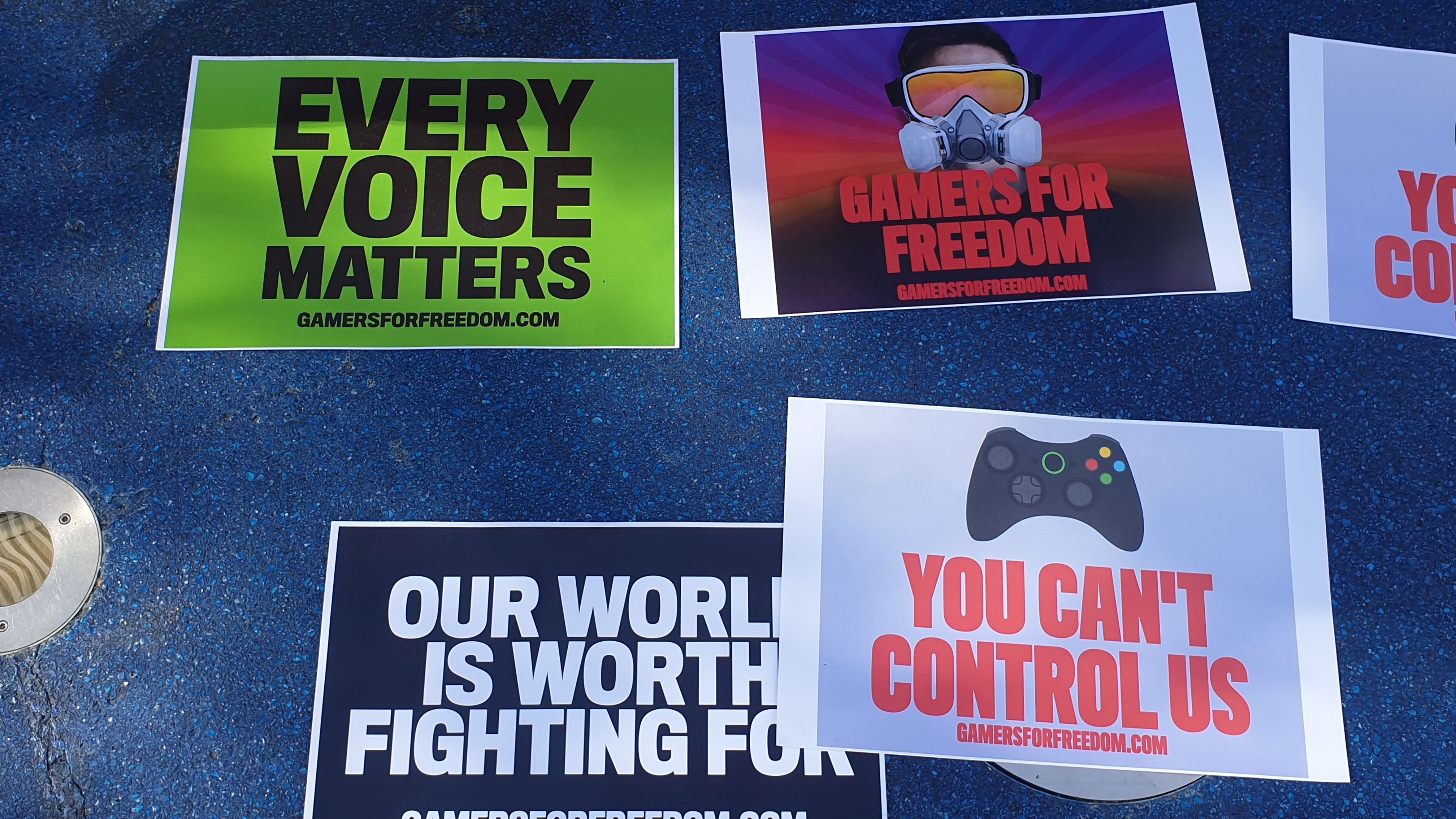 When I returned the next day, things were less busy again, but still present. "Don't silence gamers!" read one placard. A man carrying an umbrella (another piece of Hong Kong related protest imagery) stood by the gates greeting attendees directly. "Support free speech!" he shouted. "And have a great time inside!"

It was exactly these conflicting views I'd been grappling with seeing, so I asked the man, whose name is Kieran Tallinger, how he felt about the people streaming past him through the gates. "On the internet you get a lot of hype," he said. "People seemed to think we were gonna come out here and riot, and that's not even remotely the goal... The developers in there, and the artists, and all of the people that worked really hard on Blizzard games, I have nothing against them. I'm not mad at them, I'm not mad at the fans for coming in."

"I sympathise a lot [with them]. You've gotta understand that the people that spent the money for Blizzcon tickets, not only did they spend that money months before this controversy happened, but they're really avid fans of Blizzard," Tallinger explained, saying he has stopped playing Overwatch as a personal choice, but doesn't expect everyone to do the same. "It's more important to me that high level Blizzard fans realise that maybe the company who is producing these games is being led by people who are doing things that are unsavoury."

In an interview with PC Gamer, J. Allen Brack said that Blizzard was sorry for their reaction, but doubled down once again on the statement that the punishment was fair and only related to going off topic. (Blizzard did not respond to my request for comment on this article.) 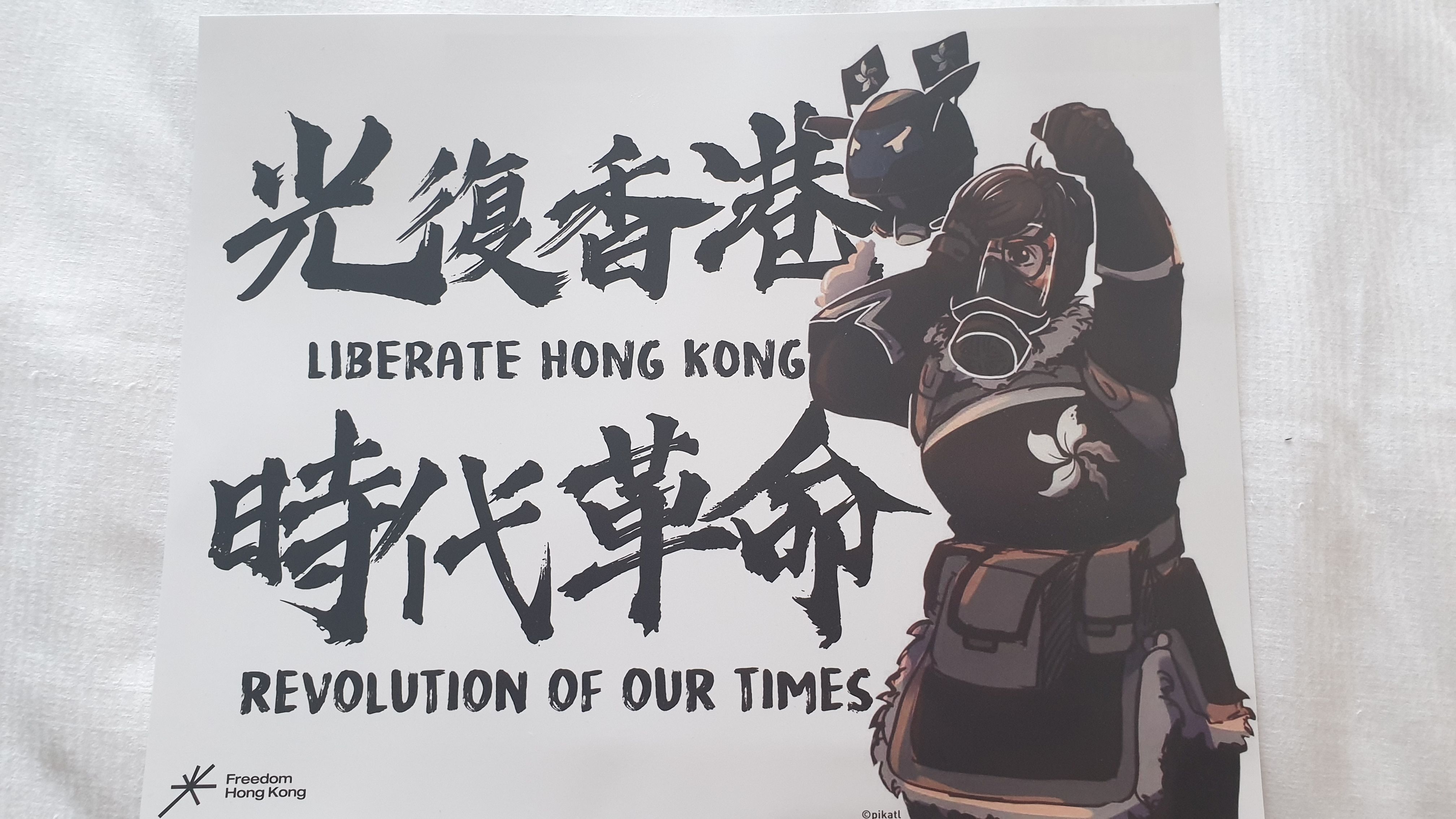 Tallinger pointed out that this kind of behaviour isn't unique to Blizzard, though. "Blizzard is not the only company, even remotely, that's doing this. Even within the video game industry we have Riot Games promoting censorship on League, and then the NBA, Nike, it's a huge issue." Another protester I spoke to had been at a similar demonstration at the NBA a week earlier.

But if continuing to cheer for Diablo 4 is reasonable, what are protesters hoping attendees would take from the event? "If even 0.1% of [attendees] talk to their families about it, if even six people come back from this event and [read more about it]. I'm not expecting everyone to cancel their Blizzard accounts... All I hope from this event is to cause awareness," Tallinger says.

And it's not just for those at Blizzcon. "There are people in Hong Kong that have seen what we're doing, and that bolsters them. That's important, because they need to see that they have the support of the world around them."

"No single protest is ever gonna change the world. We're here to work at it."