Welcome to the third communal Combat Mission skirmish – a comment-driven confrontation between RPS readers and CM’s decidedly dangerous AI. Turns span 60 seconds and rarely go according to plan. Late-war and Eastern Front, this summer’s scrap takes place in a German-held Baltic port. Twelve turns in, the commenter-controlled Soviets have lost all but one of their core AFVs, but are close to securing the crucial town square VL in the centre of the map. 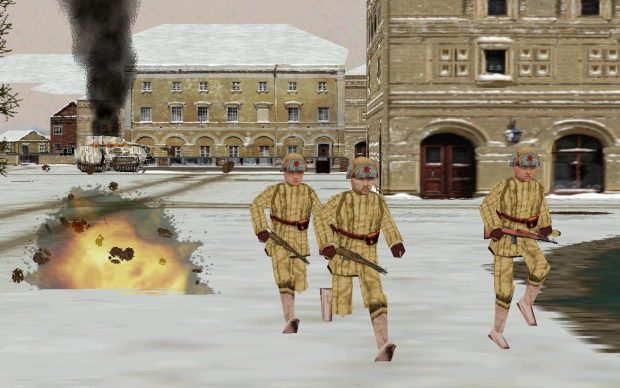 Chivied by small arms fire and that fiendishly sited AA gun on the end of New Wharf, the routed recon squad on West Bridge makes a dash for safety in the opening seconds of turn 13. Incredibly, nine of the eleven-man squad arrive at w16 unpunctured. 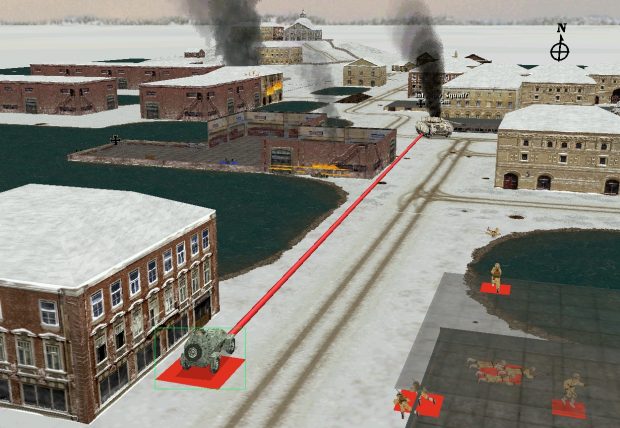 As Ryumin's remnants retreat, the BA-64B armoured car moves up to w15, its swivelling Degtyaryov LMG adding to the woes of German infantry squads to the north. Batrakov's mortar barrage has shifted to p15 and the enemies in the vicinity are not happy about the adjustment. 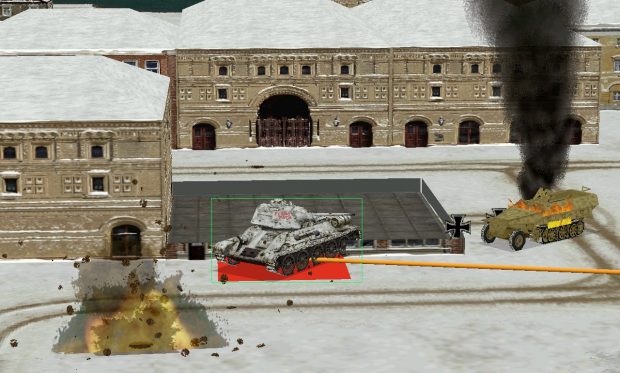 Flare Path, the flame tank, isn't wild about the change either. As she pounds the occupied church to the east with her main gun, stray 120mm mortar bombs fling grit and shrapnel against her frontal armour. 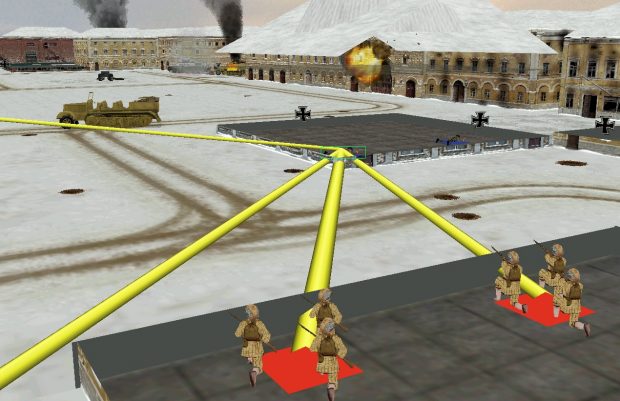 Marooned and under heavy fire in the church at the eastern end of the square, the German troops at p23 glimpse salvation at T+15 seconds when one of their tormentors – a knot of pioneers across the road at p26 - suddenly stops firing. 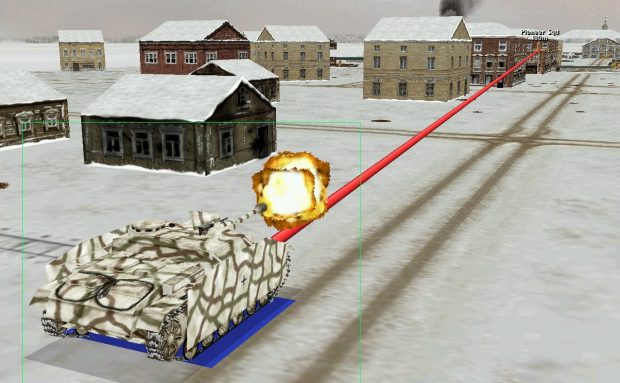 Myshkov's most northerly squad has been forced to seek cover by a brace of 75mm HE rounds. The shell slinger is the StuG. After several turns of inactivity the squat SPG has decided to join the fray by providing support fire from the railway crossing at g25. 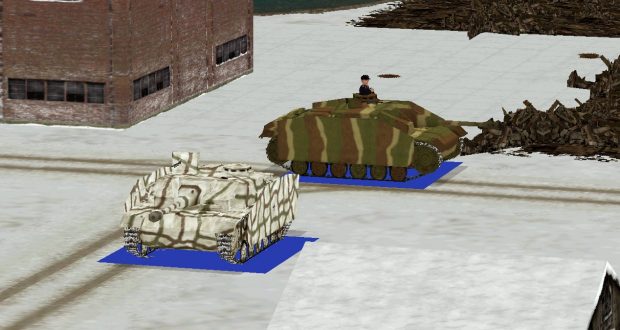 And, blimey, he's brought a friend!

T+45 seconds. An unidentified assault gun appears behind the StuG, moves eastward, then disappears circa f26.

The StuG waits for new targets, its last one having disappeared from view. The StuG's pal is out-of-los.

With Flare Path firing on them from the west, Myshkov's men clobbering them from the east  (p26 and q25) and Lapshin's platoon now in residence at s22-23, the German infantry force in the church seems spent. 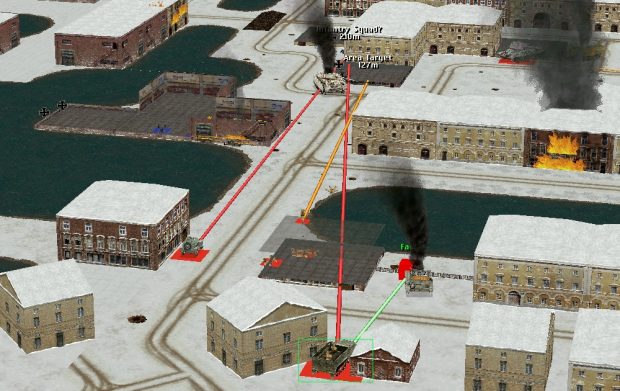 At West Bridge, the M5 halftrack is approaching the spot where the SU-76 perished, engaging infantry targets across the river as it moves. 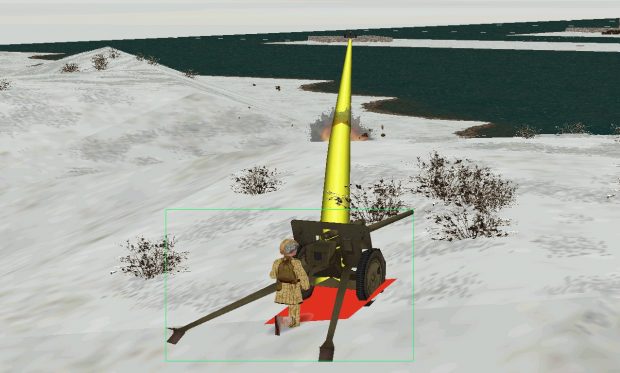 On the spit, a potentially significant sideshow has just begun. Our straining AT gunners spotted the AA gun on the wharf at T+45, halted, and began setting up their weapon. Unfortunately, the activity didn't go unobserved across the water. Thus far, all the incoming 20mm salvos have struck intervening terrain (the Soviet gun is, to all intents and purposes, 'hull down'). Can our luck hold for another minute - the time required to set up?