Welcome to the third communal Combat Mission skirmish – a comment-driven confrontation between RPS readers and CM’s decidedly dangerous AI. Turns span 60 seconds and rarely go according to plan. Late-war and Eastern Front, this summer’s scrap takes place in a German-held Baltic port. Fourteen turns in, the commenter-controlled Soviets have lost all but one of their core AFVs, but are in possession
of three of the map's seven victory locations (West Bridge, East Bridge, Square) 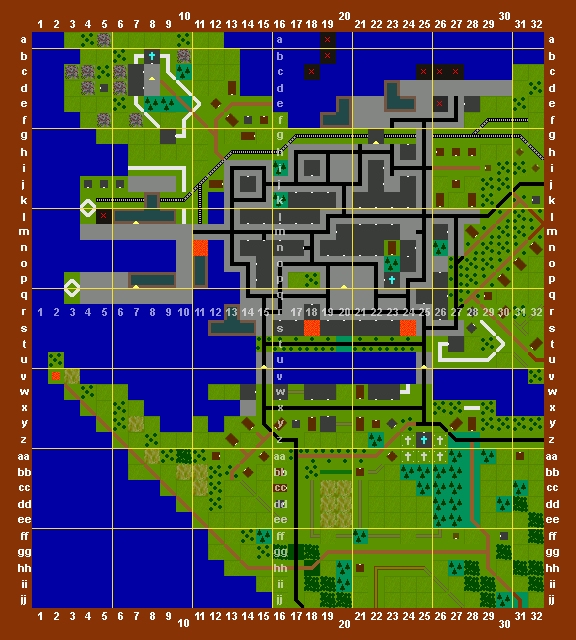 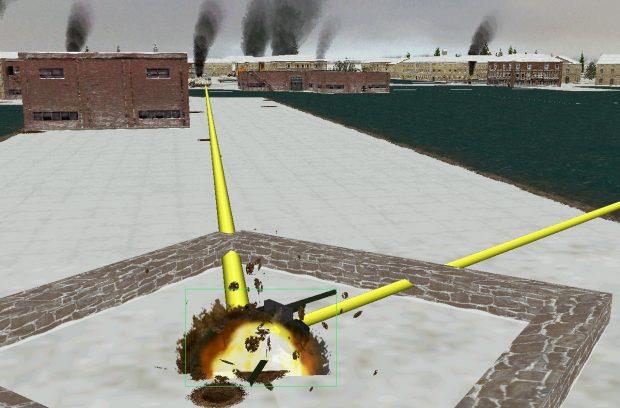 In the west, under continual fire from Flare Path, the New Wharf AA gun falls silent at approximately T+30. Is it dead or merely suppressed? 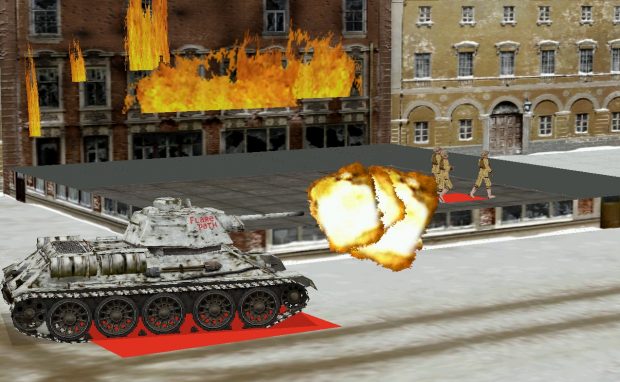 FP decides to err on the side of caution and keep pounding away. 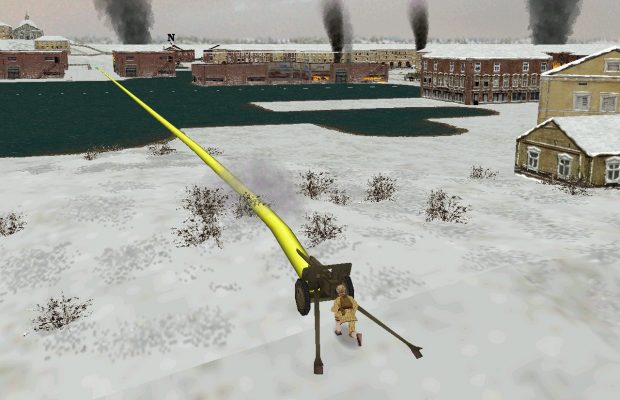 The Soviet AT gun, on the other hand, seems to think its inept nemesis has flung its last 20mm shell and swings its barrel eastward, harassing infantry targets on Old Wharf.

Myshkov and his two closest squads enter the church at p23 and the building at o24 like heavily-armed, unusually grubby ghosts.

For a few tense seconds it appears the structures are empty. 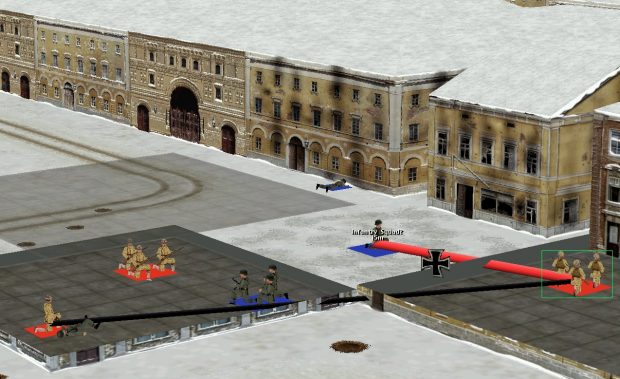 But the Germans haven't fled. Well, not all of them anyway. Seconds before the turn ends, an Ivan advancing down a brass-strewn corridor finds his path blocked by a makeshift furniture barricade. Behind the barricade crouches a rifle-toting fusilier – one of eight in the church. Next door the danger is al fresco and unquantifiable at present. 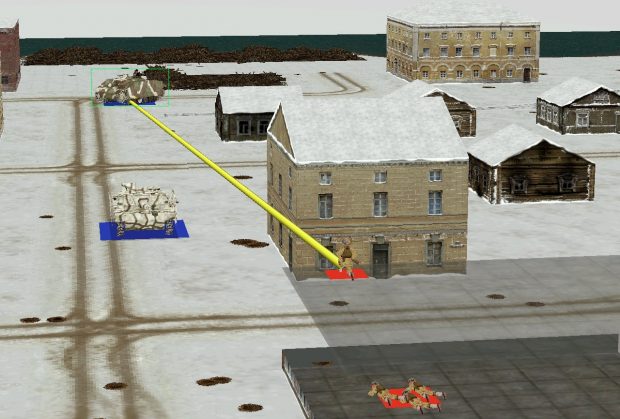 Renko hears the SPGs before he sees them. The StuG is alarmingly close and moving closer every second. The... StuH 42 assault howitzer behind it looks to be taking up an overwatch position on the railway crossing. Realising he won't have time to warn the pioneers downstairs, the sharpshooter sends a slug StuH-ward. The hurried missive misses its target but provokes a flurry of hatch slamming. 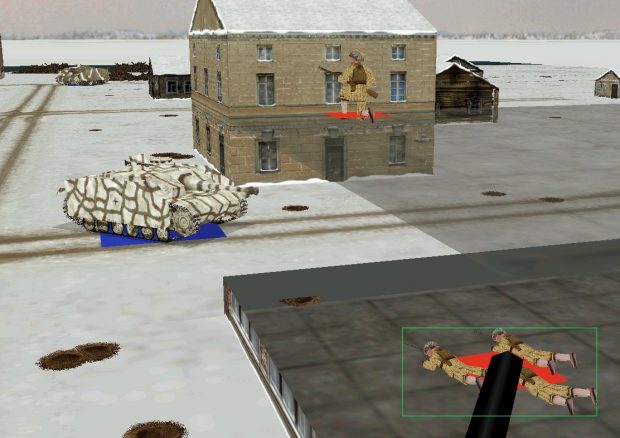 Downstairs Myshkov's men are spotted and sprayed with MG fire before they can secrete themselves. At this point most sensible StuG commanders would stop and get busy with the HE. Our StuG commander decides to keep coming.

*On the floor below, one of Myshkov's squads (1 x molotov, 2 x demo charge) is hiding.

*In the church (p23) and adjoining building (o24) the rest of Myshkov's men are in CQB.

*The weary tank hunter team has reached t25 and is heading for r25. 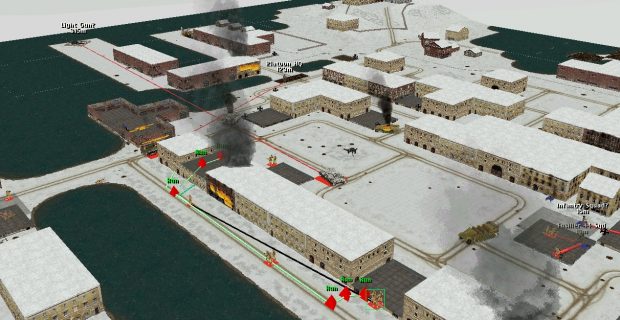 *Lapshin's squads are in the process of redeploying into buildings s16, s17, and r18. (click to enlarge above image)

*Flare Path, the OT-34, continues to fire on the New Wharf gun.

*Having crossed West Bridge, the M5 halftrack (s15) is molesting a platoon HQ near a roadblock at m13.