Welcome to the third communal Combat Mission skirmish – a comment-driven confrontation between RPS readers and CM’s decidedly dangerous AI. Turns span 60 seconds and rarely go according to plan. Late-war and Eastern Front, this summer’s scrap takes place in a German-held Baltic port. Fifteen turns in, the commenter-controlled Soviets have lost all but one of their core AFVs, but are in possession
of three of the map's seven victory locations (West Bridge, East Bridge, Square)

Without CM's pausable and rewindable action phase movies, turns like sixteen would be impossible to chronicle. During the sixty seconds that have just unspooled... 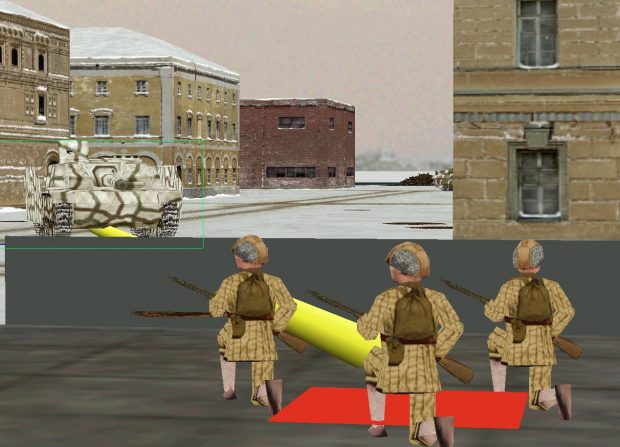 ...the StuG came to its senses before Myshkov's '1 Squad' could pitch their petrol bombs or demo charges. After the briefest of pauses it began reversing back towards its companion, hosing the windows of the house at m26 as it went. It ends the turn halted at j25. The SW-facing StuH is motionless on the railway crossing. 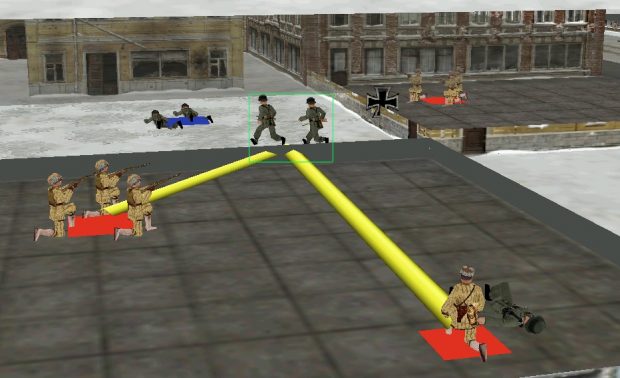 ...the fusiliers were evicted from the church and its environs. Roughly handled by Myshkov's veterans, both squads of German riflemen were at half-strength when their hasty retreat ended at n23. One pioneer fell during the turn. 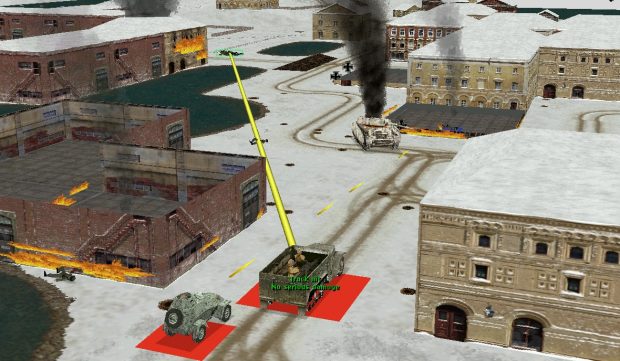 ...one of the M5's caterpillars was superficially damaged by a mysterious projectile – possibly a mortar bomb. The attack came moments before the Soviet halftrack withdrew to w15, its duties passed to the arriving BA-64. 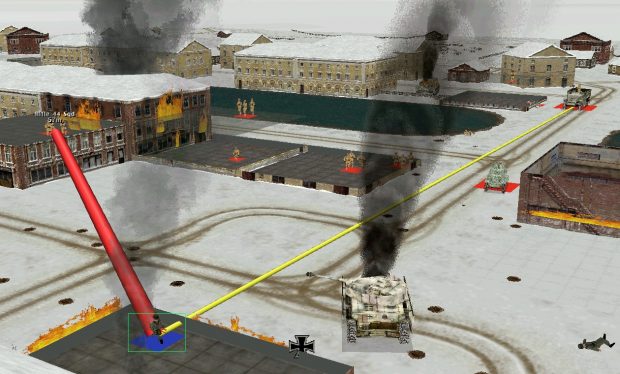 ...the BA-64 received a warm welcome in the form of a Panzerfaust warhead fired from p15. The aspiring AT ace missed and was quickly engaged by Lapshin's vanguard and the M5. However, the shot wasn't entirely ineffective. It persuaded the BA-64 to retreat towards West Bridge. 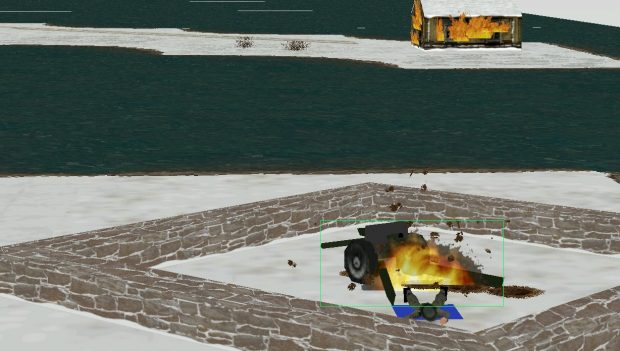 ...the German AA gun bowed out. At T+30, the Soviet AT gunners observed crewmen exiting the pockmarked redoubt on the end of New Wharf.

And, in no particular order, some other turn 16 developments worth bearing in mind.

Halfway through the turn an enemy MG team was seen, and briefly engaged, entering the house at n17.

Two Luftwaffe infantry squads were noted moving SW from 12j. They are now in the vicinity of l10. 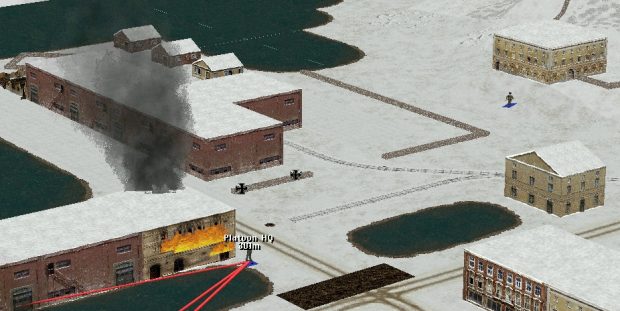 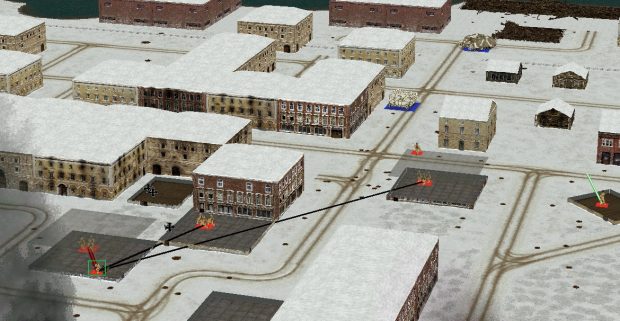 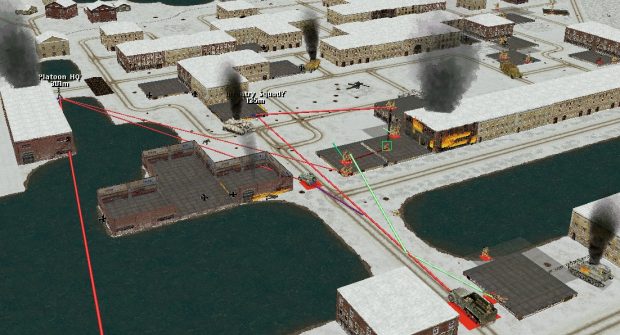