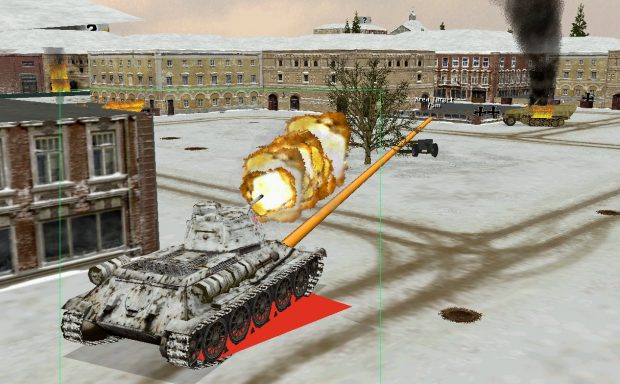 Flare Path, the flamethrower tank, seems to have lost her spark. Ordered to ravage an occupied building (n17) on the northern edge of the square, she chooses to use HE rather than napalm. A series of impacts sends masonry cascading into the street, but the MG 42 team on the ground floor remains focussed.

At T+49 their tripod-mounted HMG is ready and begins barking like some infernal robot watchdog. Lapshin's  '2 Squad' across the square in r18 is on the receiving end of the fusillades. A Mosin-Nagant rifle clatters to the floor. Simultaneously, an orange 'PINNED' warning illuminates in the squad's info panel. 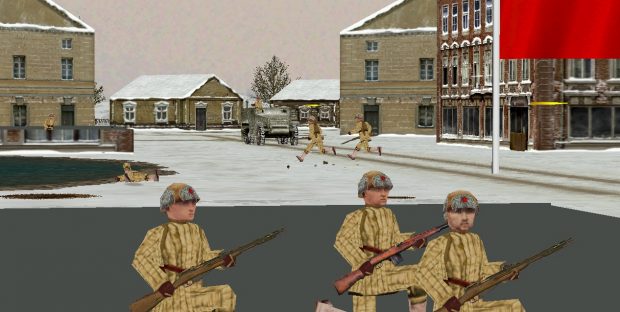 One of the two leaderless recon squads crossed West Bridge successfully last turn. When the second squad plucks up the courage to follow them, their attempt ends in disarray. Harried by bursts from a bipod-mounted MG 42 and single shots from a sill-steadied MP 40 (two survivors of a German SMG squad refuse to relinquish s13, a section of the burning warehouse by the bridge) and unnerved by the sight of dead comrades littering the pavement, 'C Squad' turn and dash back to the safety of the house at w16. 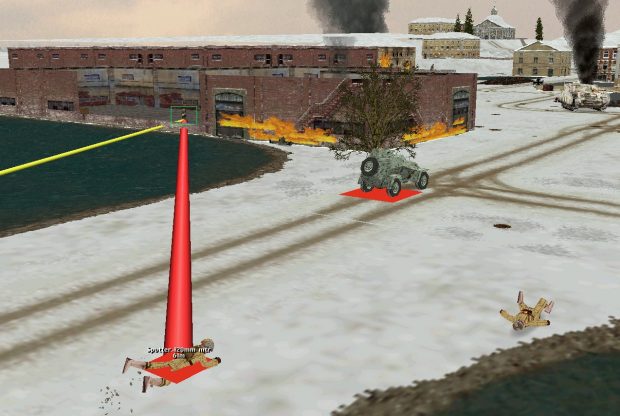 Having ignored the warnings of the routed returners, Batrakov and his assistant find their northward progress halted by the determined Deutsch duo in the warehouse a few seconds before the turn ends. Covering fire from the M5 halftrack fails to prevent a casualty. 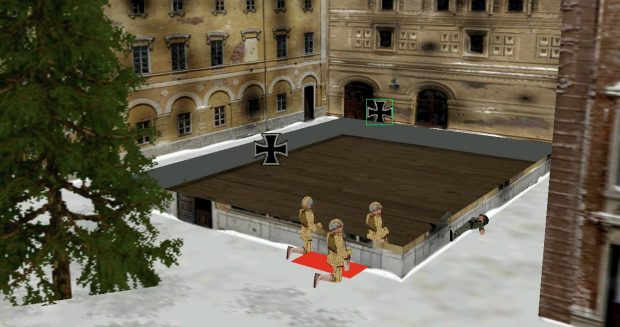 Soviet sallies go better at the east end of the square. Hot on the heels of the retreating fusiliers, Myshkov's pioneers corner one party inside a cluttered horologist's workshop at n23. If any Ivan bawls “Time to die, fascist pigs!” during the brief, one-sided melee that follows, I don't hear him. 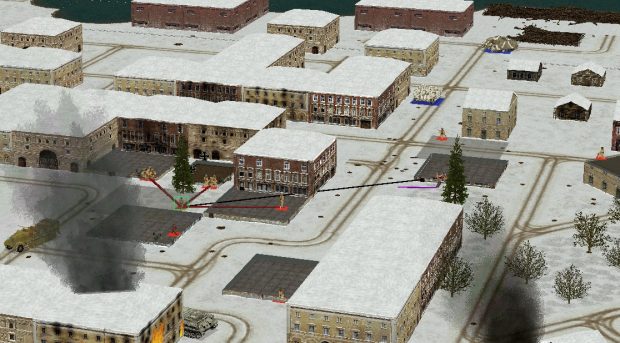 ^ Situation N of East Bridge (click to enlarge). Neither of the SPGs moved or fired during the turn. 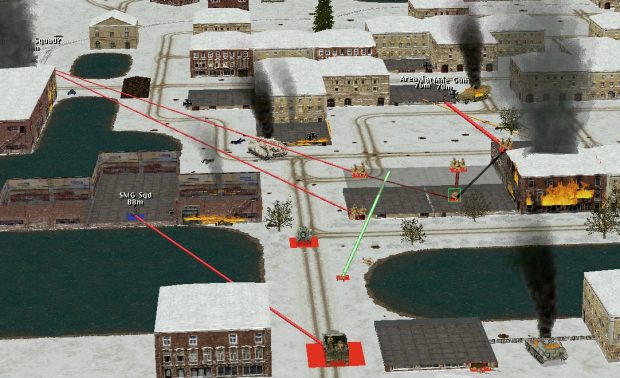 ^ Situation N of West Bridge (click to enlarge). Targeted by units at s16, it appears one of the Luftwaffe squads is moving NE towards j12.