Welcome to the third communal Combat Mission skirmish – a comment-driven confrontation between RPS readers and CM’s uncommonly entertaining AI. Turns span 60 seconds and rarely go according to plan. Late-war and Eastern Front, this summer’s scrap takes place in a German-held Baltic port. Nineteen turns in, the commenter-controlled Soviets control three of the map's seven victory locations, and are scrambling to deal with a StuG self-propelled gun that has decided to push south from the railway crossing in the north-east of town. 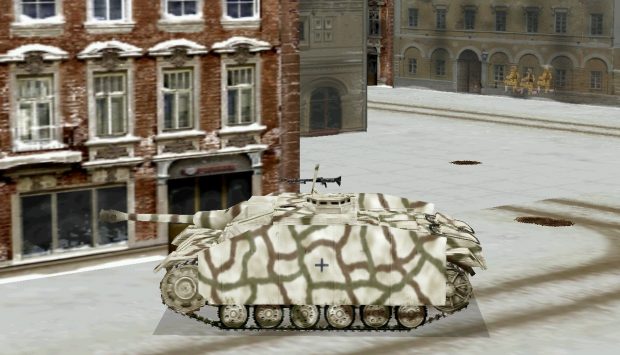 Moments after the GO switch is flicked, the venturesome StuG ceases its southward ramble and begins a ponderous, snow-ploughing clockwise turn. Has the SPG noticed the in-a-fix fusiliers at k23 and decided to offer assistance or has it detected movement in the building immediately to its right and (foolishly) opted to stand and fight? 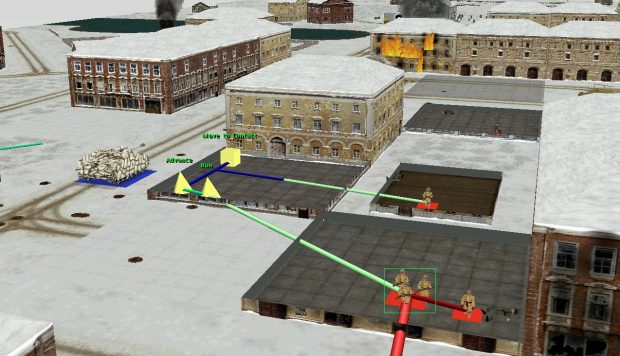 The trundler's precise motivation matters little to the tank hunter team and the pioneer squad rushing to intercept from the west. What matters to them is the result of the manoeuvre – a buttoned German AFV sitting on the doorstep of the house at n24 when they arrive. 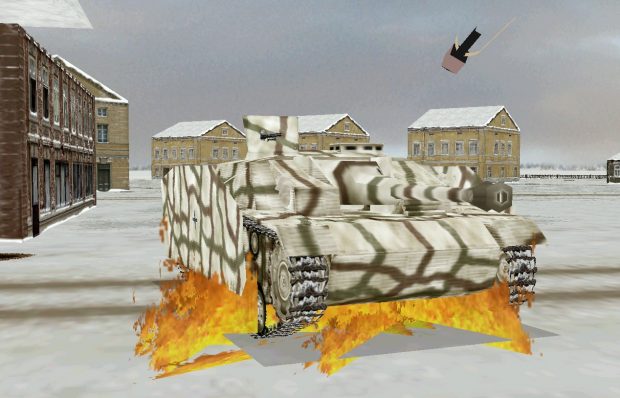 Cool and well-versed, Myshkov's marauders don't waste time looking their gift horse in the mouth. A molotov cocktail is swiftly and expertly served. The words 'top penetration' appear over the targeted machine hinting at the horror and chaos inside. Flame is still trickling from steelwork when a streamer-trailing RPG-43 hurled by the AT team detonates finishing the job. 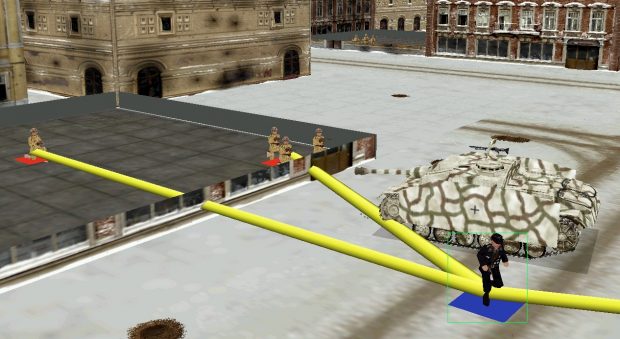 Only one crewman emerges from the wreck and he doesn't get very far before bullets catch up with him. 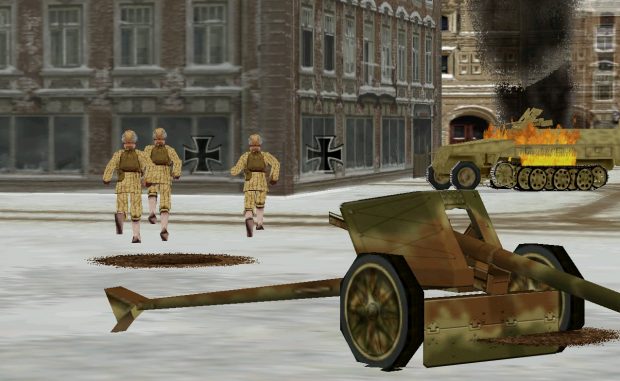 Turn 20's other eye-catching playlet takes place in the square. Lapshin's 2 Squad are ten metres from n17, the house next to the blazing German halftrack, when the suppressed MG 42 team in the building pulls itself together. Tracer fizzes from a downstairs window. One Ivan goes down like a sack of potatoes.

^ The situation around West Bridge (click to enlarge). The w16 recon squad came under fire from n14 the second they left the building and rapidly retraced their steps. The only German unit firing at present – the HMG at n17 – is receiving direct fire from three Allied units (M5, Lapshin's 2 Squad, and Gurtiev).

^ The situation above East Bridge (click to enlarge). The fusiliers have been eliminated. The T-34/85 crew (h26) can't see the StuH (g24?) but that may change in the next few seconds.