Welcome to the third communal Combat Mission skirmish – a comment-driven confrontation between RPS readers and CM’s uncommonly entertaining AI. Turns span 60 seconds and rarely go according to plan. Late-war and Eastern Front, this summer’s scrap takes place in a German-held Baltic port. Twenty-one turns in, the commenter-controlled Soviets control three of the map’s seven victory locations, and are in the process of assaulting a fiercely defended building (p15) north of West Bridge. 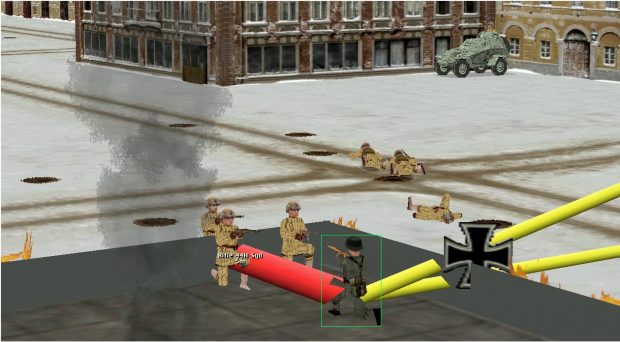 T+10. R.I.P. Lapshin! Small arms fire from p15 eliminates the Soviet platoon HQ with disturbing rapidity. It looks like there may be two squads actively defending the building, not one. 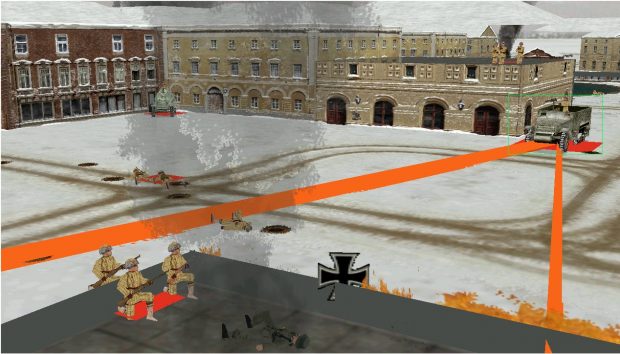 T+17. Allied covering fire finally begins to tell. The German squad in the SE corner of the objective is wiped out. The six surviving members of Lapshin's 3 Squad peer nervously into a smoke-wreathed interior.

T+21. Behind them the ammo-less armoured car commences a daring recon jaunt. 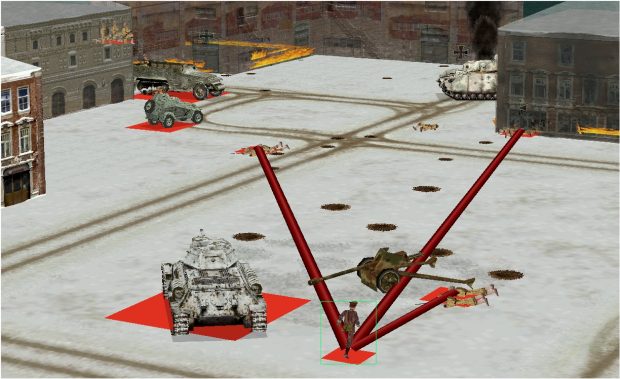 T+24. A timely run from company CO Gurtiev means the edgy riflemen at the west end of the square are no longer leaderless. 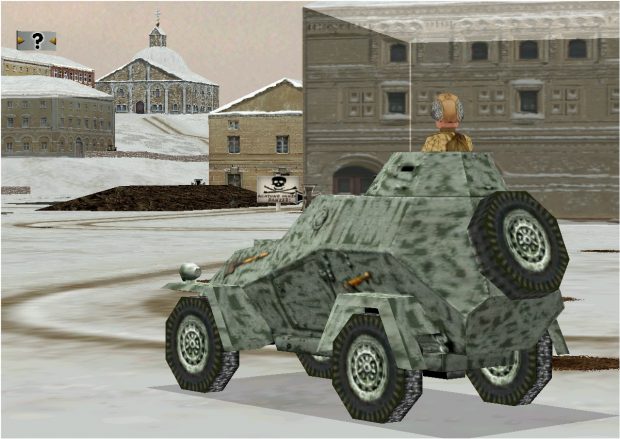 T+32. Rounding the corner behind the warehouse the BA-64 spies a hastily laid minefield in front of the wharf gates.

T+38. 3 Squad's ordeal is not over. The men that liquidated Lapshin have reorganised and are now attempting to eradicate the remaining Ivans on their doorstep.

T+39. I must have heard CM's hand-to-hand fighting wav a thousand times but it still makes my heart beat faster. 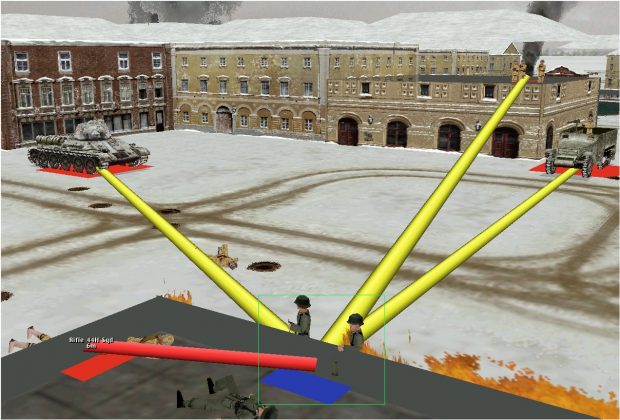 T+45. 3 Squad are in a hole. Happily, their comrades seem determined to haul them out of it. 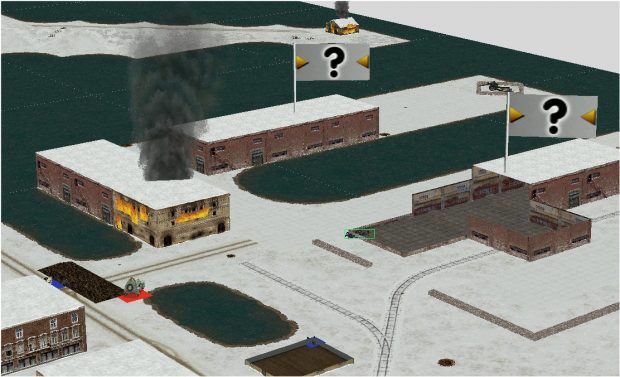 T+60. ^ (Click to enlarge) The BA-64 has found a way round minefield and roadblock. From its position near the wharves, it can see a nine-man Luftwaffe infantry squad in the warehouse at l9 and an unidentified infantry unit across the water at j12.

^ (Click to enlarge) 3 Squad - six men - are pinned but their pinners are down to four men and under fire from three directions. Kpt. Gurtiev and his six companions are dealing with crew at q16. 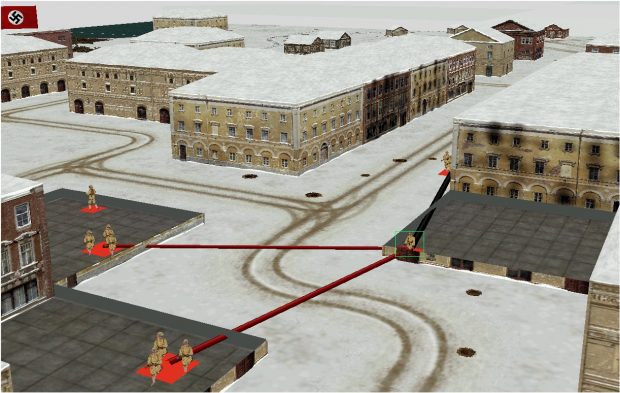 ^ (Click to enlarge) Myshkov's pioneers, together with Renko, continue to push westward. 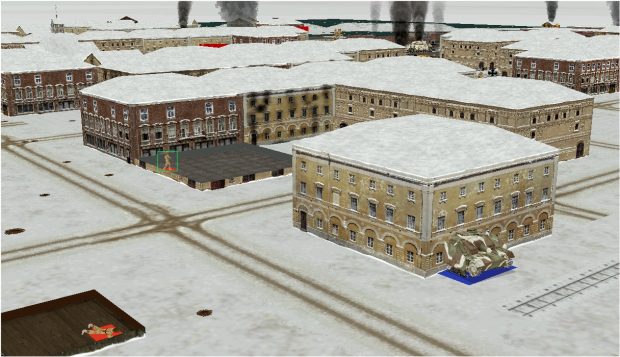 ^ (Click to enlarge) Delayed by debris and blocked doors, the tank hunters are still some distance from the sedentary StuH.